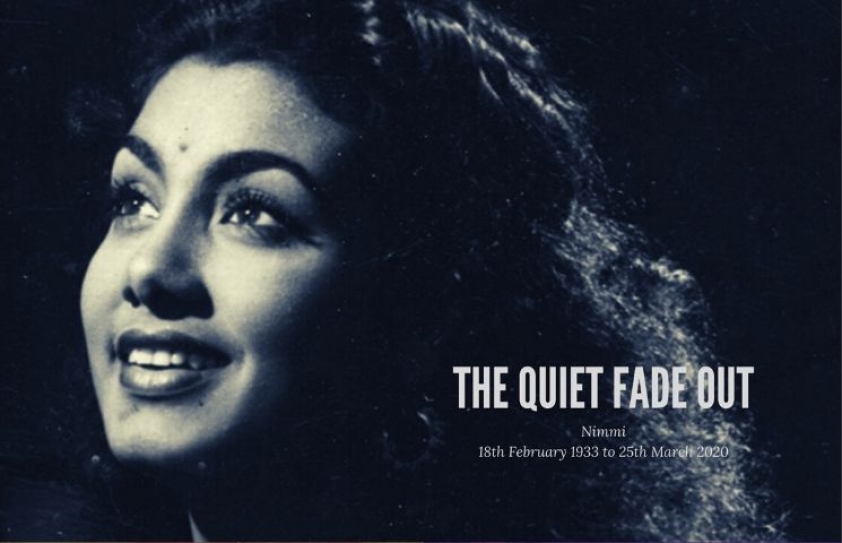 How many care for a yesteryear star after her last breath? Here’s addressing the question, over a month after the passing away of yesteryear’s heart-throb, Nimmi.

It has been over a month now. The roomy apartment in the Neha complex on the Juhu oceanfront of yesteryear’s heart-throb, Nimmi, wears a forlorn look. Quite a few of her colleagues regret the fact that they could not pay their last respects when she passed away on March 25 at the age of 87 in a hospital, after complaining of severe breathlessness.

Both yesteryear heroines Asha Parekh and Nishi Kohli would keep in touch with Nimmi during her end years. She was buried at the Rehmatabad kabrastan, but few could reach the place in Mazagaon, central Mumbai since the city has been under a lockdown to combat the Coronavirus, like the rest of the nation.

It was left to a clutch of Nimmi’s relatives to organise the last rites at the kabrastan, where her husband, writer-director S. Ali Raza, had been left to rest in November, 2007. Rehmatabad is also the graveyard where the legendary Meena Kumari and her husband Kamal Amrohi are buried. 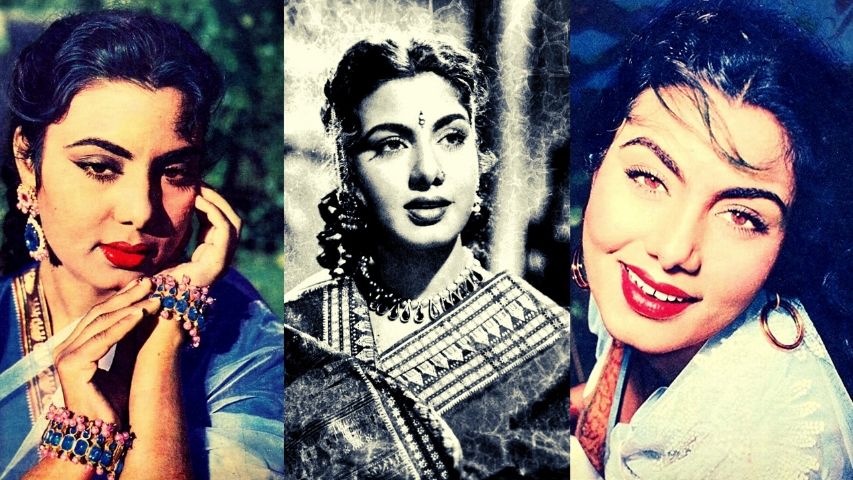 Says Asha Parekh, “Alas, I was under quarantine at home since I had returned from a brief vacation in New Zealand. It’s hurtful that I couldn’t see her one more time. She was always supportive of me and would send me a letter of praise if she liked one of my performances. Believe me, that’s a rare gesture in a business where heroines tend to be much too competitive with one another.”

Indeed bonhomie was one of Nimmi’s abiding traits. Although she had quit acting prematurely – refusing to play the stock-in-trade aged mother roles – she would keep in touch with the acting fraternity, frequently sending them bouquets of flowers and notes of congratulations.

Quite clearly, one of the charismatic heroines of the 1950s and early ‘60s, Nimmi is barely remembered by the millennial generation except by those who are die-hard  nostalgiaphiles. On Twitter, Lata Mangeshkar, Rishi Kapoor and Mahesh Bhatt were the prominent names who bade her farewell.

Rishi Kapoor pointed out the fact that Nimmi had made her debut in his father Raj Kapoor’s film Barsaat (1949), adding that she had expressed her words of unconditional appreciation when he made his debut as a leading man in Bobby (1973). “You were always a part of the RK family,” Rishi noted emotionally in his tweet. Incidentally, it was Raj Kapoor who coined the screen name of Nimmi for the teenage girl who was born Nawab Banoo to a singer-actress mother and a military contractor father of Agra. 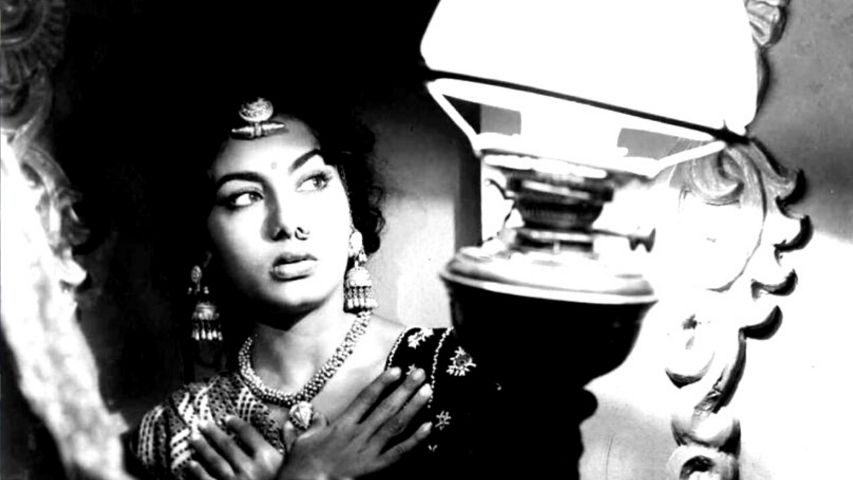 To come now to a rather lamentful point. Once out of sight, even the iconic artists of Bollywood, disappear from the public mind. Gratifyingly, there’s a growing segment of those aforecited nostalgia fans – on Internet, Facebook pages and WhatsAap groups -- who have made it their mission to preserve the glory of the senior generation.

Through rare photographs and poignantly worded articles, the effort continues to salute a selection of stars who once captivated the audience. Madhubala and Meena Kumari, in that order, have the highest number of followers. And it was reassuring to see that Nimmi did receive her just dues in the tributes and obituaries from the devotees of vintage B-town’s movies. Never mind the lockdown and the stay-at-home stricture, Nimmi was lionised in no small measure – via the social media -- by the aficionados of Bollywood of yore.

Regretfully,  Nimmi did not permit a biography to be authored about her during her lifetime. Perhaps she wasn’t persuaded to sufficiently because she wouldn’t ever speak ill of anyone or encourage raking up forgotten controversies. Mild-mannered biographies don’t sell, do they?

She wasn’t averse to giving interviews, though, in print or on television, and would talk at length about the sheer joy of pairing up with the legendary trinity of actors of the time, Dilip Kumar, Dev Anand and Raj Kapoor. 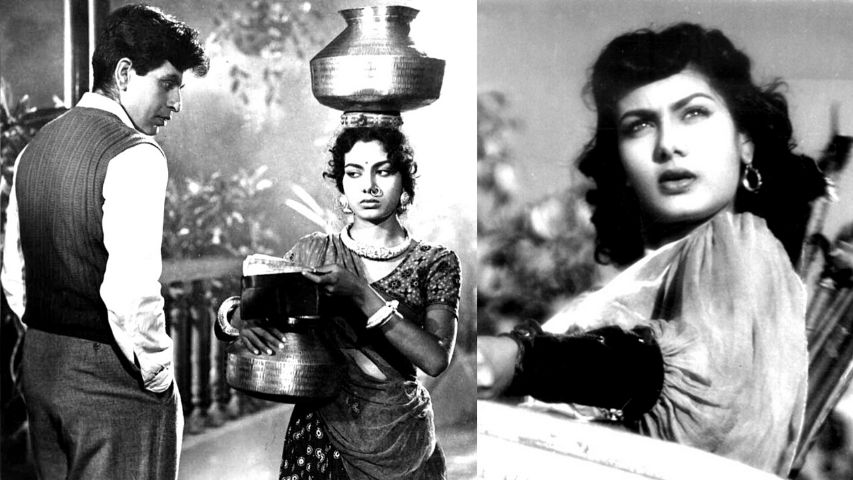 Frequently cast as the doe-eyed, vulnerable young woman subjected to male exploitation, two of her most memorable roles in this mode were in Raj Kapoor’s Barsaat and Mehboob Khan’s Amar (1954).

In fact, Amar is a vastly undervalued work, one of the first to discuss the consequences of an underprivileged woman who’s victimised by the hero, a high-respected lawyer portrayed by Dilip Kumar, no less. The actor, who would normally be a paragon of virtue, succumbs to his attraction for the village woman, Sonia, violates her and is eventually wracked by guilt. Madhubala featured in the conventional heroine’s role, but it was the deglamorised Nimmi who stole the show away from her tremendously gifted co-stars. No mean feat.

Chroniclers have tabulated a score of approximately 40 films in the oeuvre of Nimmi. My personal choice for her career-best after Barsaat and Amar, would be Chetan Anand’s Aandhiyan (1952), S. U. Sunny’s Uran Khatola (1955), Sohrab Modi’s Kundan (1955), M.V. Raman’s Bhai Bhai (1956), K.A. Abbas’s Char Dil Char Rahen (1959) and H.S. Rawail’s Mere Mehboob (1963). For sure, she had been presented enigmatically in Mehboob Khan’s Aan (1952), but it was Nadira as a fiery, rebellious woman who had grabbed the honours in Indian’s first Technicolour film loosely adapted from Shakespeare’s Taming of the Shrew.

Perhaps her most ambitious project, a take on the Laila Majnu legend– titled Love and God (1986)  directed by K.Asif -- would have been the acme of her career. That was not to be out of sheer tragic circumstances. Asif and the original hero Guru Dutt passed away during the midst of the shoot. Guru  Dutt was replaced by Sanjeev Kumar, who could not complete the shoot either because of ill-health. Eventually, the intended magnum opus was released theatrically but in such a mangled shape that it proved to be incoherent to the audience.

Nimmi’s marriage to film writer and director S. Ali Raza wasn’t smooth going either. They had married in secret, because of objections raised by Raza’s landed family, who apparently did not approve of a film actress within their fold. After quite a few years, Raza and Nimmi finally announced their nikaah officially and moved in together in a bungalow in a tree-lined lane of Worli. Once Raza passed away, Nimmi chose to shift to an apartment where her many relatives would keep her company till the last day.

She also maintained a full-time secretary to draw up her daily schedule. If she was invited to a show business or award function, or for a TV interview at a studio, she would agree to show up happily. As one of her relatives remarked, “She would feel cooped up at home. So, she would like to do her own make-up, call the hair-dresser over home and get a new dress for the occasion. Right to the end, she felt she belonged to the film industry though a precious few, maybe two or three stars, would bother to drop by or ‘phone her up.”

But then that’s the world of entertainment. Heart-bracingly for Nimmi, she did not seclude herself or wallow in the memories of the halcyon days that were. Pragmatic to the core, she would smile gently, “Time and cinema wait for no one.”