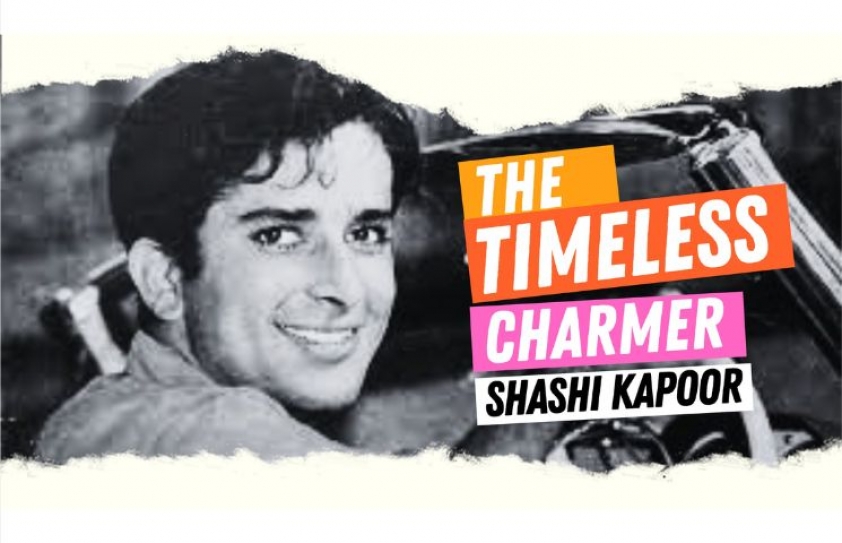 The late Shashi Kapoor was truly something else. Admittedly, nowhere near the dazzling aura enjoyed by his famous brothers Raj and Shammi, nor anywhere near the radar of phenomenon Rajesh Khanna or the Angry Young Man, Amitabh Bachchan, he was a star forever struggling, yearning and pining to be an actor.

But first things first. Unlike today’s (entitled and privileged) star–kids, no one launched the youngest Kapoor. Sure, he was applauded for his adorable cameos as Raj Junior in Aag and Awara, but he came into the industry as an unsung and unknown Assistant Director in an eminently forgettable film, Post Box 999 (1958). He was all of 20. At age 23, he debuted in B.R. Chopra’s partition film Dharamputra. A courageous film helmed by a young Yash Chopra, it had to be peeled off the ceiling! 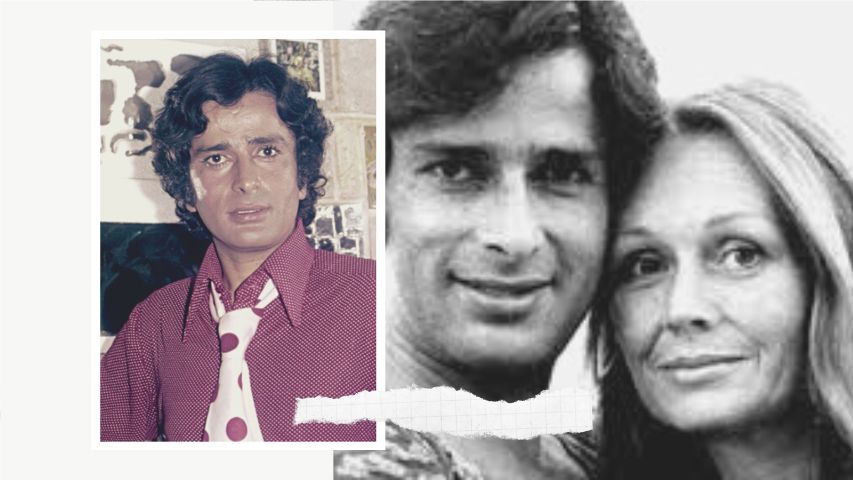 Shashi’s career, pretty much suffered partition nightmares too as all his films that followed bombed big time. Be it Chaar Diware, Mehendi Laage Mere Haath, Prempatra, Holiday in Bombay, Jab Se Tumhe Dekha Hai, Mohabbat Isko Kehte Hain, they all bit dust but his (fav) heroine Nanda, didn’t lose faith in him and finally it paid off with the 1965 sleeper hit Jab Jab Phool Khile, which was to later inspire the Aamir-Karishma Raja Hindustani. Overnight the flop star could breathe! The multi-starrer Waqt followed and suddenly it was a long overdue and well-deserved chaandi all the way.

Looking back, there were several reasons behind his subsequent success across the sixties, seventies and eighties. The first has to be his dreamboat looks. Sure, they were there during his flop-parade too, but the right role, right content, right time and place is the name of the game, right? Actually, there were very few women, and heroines, whose heart didn’t skip a beat when he came into their visual radar, off or on screen. Sharmila Tagore once famously admitted that while shooting with his brother Shammi, Shashi’s casually dropping by distracted her so much, that she continuously goofed take after take after take! Even my normally sane wife, many years later, when her sister Aparna Sen was directing her debut film 36 Chowringhee Lane, which Shashi Kapoor produced and was promoting, had a funny look every time she interacted with him. “God, he makes you feel like you are the ONLY woman on earth, with his single-minded attention, not to speak of that maddening charm!” So, despite the fate of his films, over which he had no control, his looks carried him through. Hence, even if his films flopped, Shashi didn’t! 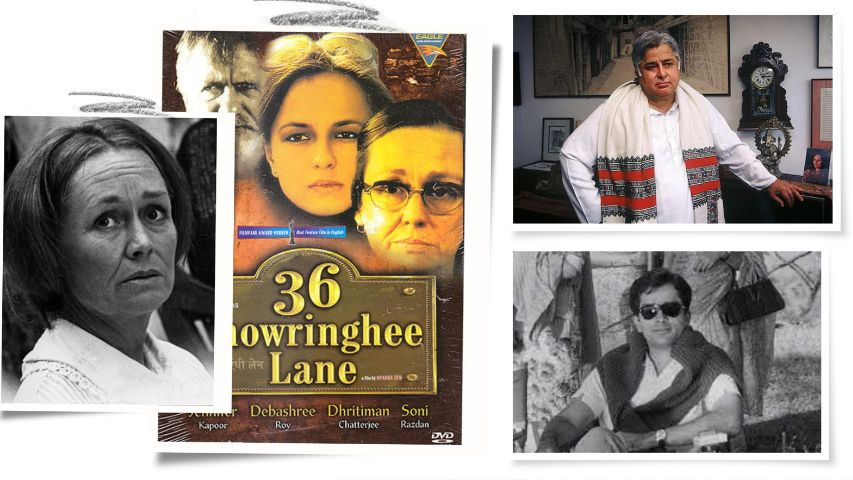 Next up has to be his professionalism. Here, there are two aspects usually flouted by most heroes of his generation - discipline and ego. Coming from a theatre background, he followed the requirements of an actor all the way. Be it call time, direction, the weird vagaries of plot and script, the clichéd dialogues, the drama-baazi of co-actors, he took it all in his stride. He believed he was hired and paid to do a job and it was his professional duty to see it through to the best of his ability. As far as ego, real BIG in B-town, is concerned, he was as realistic as ever. He understood that his solo-starrers were, mostly, far less successful than his multi-starrers and so was totally comfortable in that scene. He often described himself as ‘alu’, the veg that goes with most Indian dishes! No wonder across the seventies and eighties, he was forever in great demand and his multi-starrers rocked. And, he continued to grace them with, apart from his OMG looks, all the talent, energy and enthusiasm at his disposal. In fact, he was so crazily busy doing double and triple shifts that his eldest brother, Raj Kapoor, gave him the title of TAXI, since he was forever on the move from one studio to the next!

Interestingly, despite his turbo-charged involvement with masala movies, would you believe that the youngest and handsomest Kapoor never really wanted to join the movies. He was very happy doing theatre, first with his father (late) Prithviraj Kapoor and later with his father-in-law (late) Geoffrey Kendal’s Shakespearana. However, being a family man - married at 23, dad at 24 – money was an issue. So, he ‘’sold out’’ to the big bad world of movies! But his heart remained in the right place and amidst all the commercial stuff, he never failed to align with movies that satisfied his artistic side. Be it Householder, Shakespearewalah, Bombay Talkies, Junoon, Kalyug, Vijeta, Heat and Dust, Muhafiz, Siddharth, New Delhi Times, Shashi Kapoor always raised his hand and demonstrated his desire to be a part of the enriching parallel cinema. 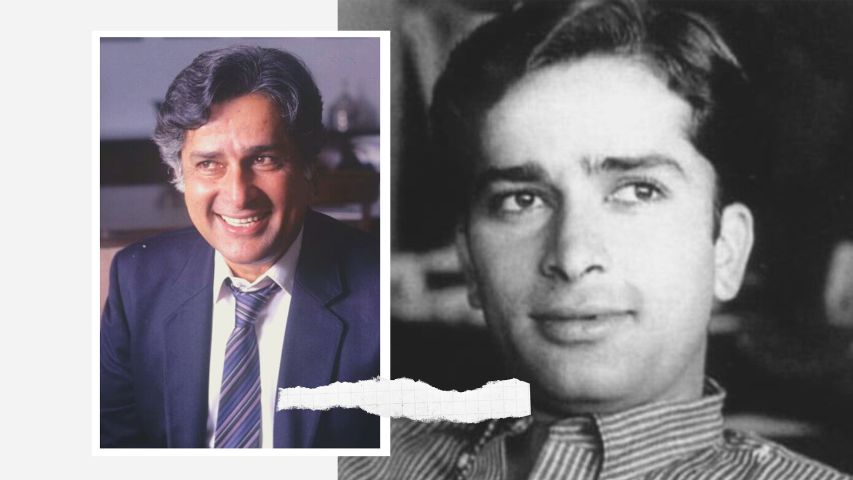 He once confided to me the reason why he invested his hard-earned money into his Production House Filmwala, which produced gems like Junoon, 36 Chowringhee Lane, Kalyug, Vijeta and Utsav: “Yaar, I don’t want my grandkids to think that all their grand dad did for a living was make faces, utter impossibly over-the-top dialogues and romance heroines across hill stations and parks! Embarrassing! Kuchh dhang ka karna chahiye, something that is memorable, beizzaati na ho, something closer to my heart. Chalo dekhte hain.” Shashi was also perhaps the first cross-over actor having done Hollywood films like A Matter of Innocence, Sammy & Rosie get laid, The Deceivers etc.

At a personal level, and believe me, I’ve met and interacted with tons of heroes across four decades, Shashi was one of those rare guys who never believed (in fact would joke) in the myth that surrounded his stardom. While he was happy and pleased with fans and success, he never let it go to his head. He also forever pointed towards his “angrez biwi” for all good things that happened in his life, and their family was a truly picture-postcard one. Despite women forever falling all over him, never ever has he been known to do the nudge-wink number that most, ostensibly happily married heroes, are alleged to have a weakness for. His physical interaction [flirtations] with females, hugging, embracing or holding hands, were always in front of his amused wife. 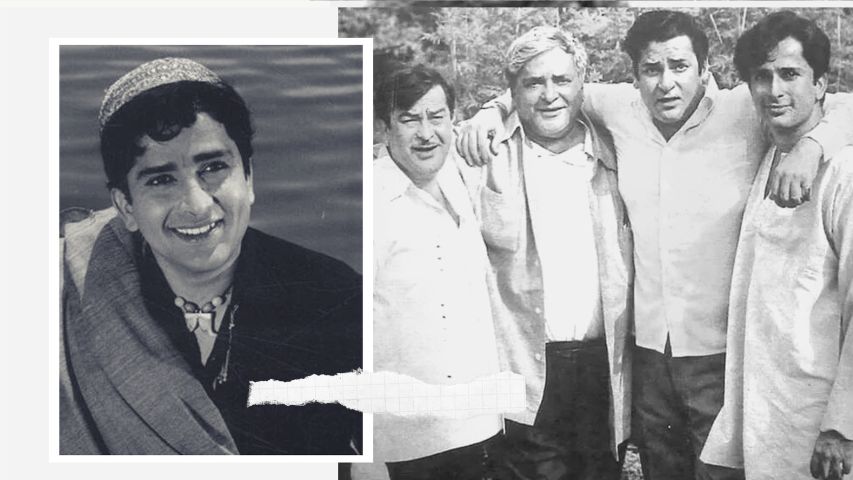 I remember sitting next to Jennifer at the post 36 release party in Delhi in the early 1980’s and her whispering to me, “Now watch Shashi get into action with those starry-eyed, chloroformed girls!” Sure enough, an Oscar-winning performance followed and the kids returned to their table with a nirvana look! He was also one of those rare, chivalrous and thoughtful stars who ensured that his guests and journos, male & female, were always well looked after, and also provided transport to their home if it got late. I often remember with a pang, his cheery voice over the phone (whenever he visited Delhi in the early eighties), “Kal free ho, to Dhaba pe aajao. Gappe marenge.” Dhaba was the Machaan Coffee Shop at his favourite hotel, Taj Mansingh.

Unfortunately, his last years were truly sad, with him being totally incommunicado (due to health reasons) with the world. Everything considered, his CV may not have boasted stuff that his dazzling brothers and the Big B enjoyed, but Shashi Kapoor will always be remembered as a gentleman-actor who initiated ground-breaking movies with his own money. A warm, friendly, unpretentious human being, full of self-deprecating humour, a person who, way before it became a fashionable phrase, lived the work-life balance as few did.