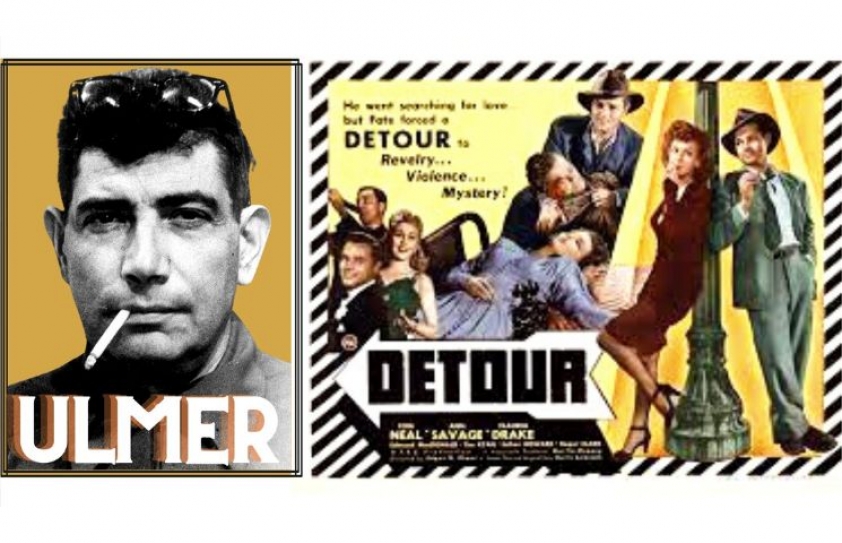 Today, Sharad Raj remembers Edgar G. Ulmer as one of the Hollywood masters who had been cruelly neglected by one and all.

“I keep trying to forget what happened and wonder what my life might have been like if that car of Haskel’s hadn’t stopped. But one thing I don’t have to wonder about, I know. Someday a car will stop to pick me up that I never thumbed. Yes, Fate or some mysterious force can put the finger on you or me, for no good reason at all.” - Al Roberts in Detour.

On the morning of June 20 2015 as I sat sipping my morning tea at my parents’ house, an excruciating pain began to envelop me and it soon engulfed me enough for my doctor parents to realise that I was getting a heart attack! Life was never the same after that on many counts. When I asked my cardiologist why me, at 49, he replied to say that it is genetic. Meaning thereby I had no role to play in it, and I was fated to face this sooner or later. The best medical aid in the country could not undo what had happened. This was the beginning of my enquiry into the concept of “free will”.

No wonder when a couple of years later I happened to see Edgar G. Ulmer’s Detour (1945), my jaw dropped. Such exhilarating brilliance, with such miniscule resources. Who is the maker who could even conceive a film like this, with one particular hotel room sequence, perhaps the greatest in the history of Noir films (I wish I could describe it here but it will spoil the fun for those watching the film for the first time).

So it was not just me but even the American people, production companies and critics who would ask, “Edgar G. who?” That was the usual response when, in the late 1950's and early 1960's, Francois Truffaut, Jean-Luc Godard and their Cahiers du Cinema associates would cite Edgar G. Ulmer as one of the Hollywood masters who had been cruelly neglected by one and all. 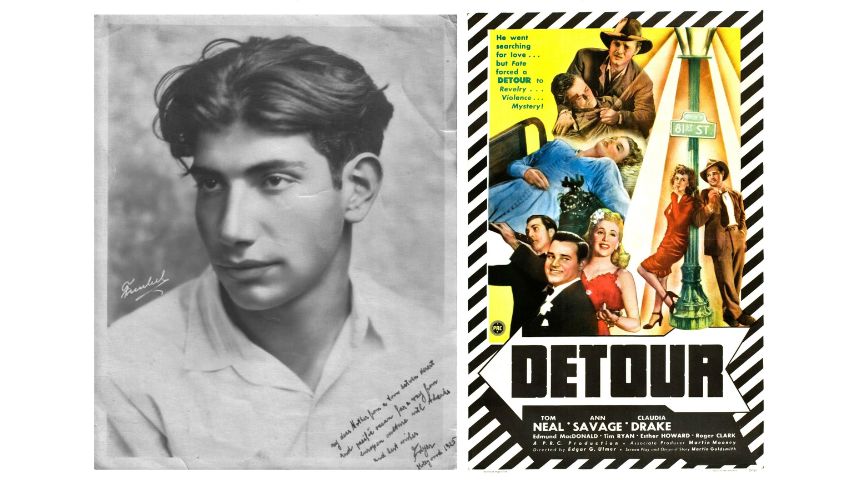 Detour follows Al Robert (Tom Neal), a New York nightclub piano player on a road trip to meet his girlfriend in California but fate intervenes in the form of deaths and killings.

Many consider Detour to be the darkest film because of the cynicism of its protagonist, Al Roberts, its fatalism and its strong parallels with Albert Camus’s protagonist, Meursault, in "The Stranger", who like Al Roberts was involved in a freak, inexplicable death. They are both victims of a cruel and inexplicable fate, against which they are altogether impotent. They both come to an unfortunate and inescapable end, which they accept with eerie detachment. Yet there is nothing existential about Detour, for fatalism is just one small part of the giant umbrella of existentialism. But it is this passive reception of fatalism that makes me think it is perhaps one of the greatest noirs ever, if not the greatest. Coen Brothers, too, hold the film in very high esteem and pay homage to the film in their debut film, Blood Simple.

What is mind boggling is the darkness of the film and where did Ulmer get it from. Well an Austrian by birth, Ulmer was the set designer of several German expressionist films like, The Cabinet of Dr. Caligari, Metropolis and M. He had closely worked masters like F.W.Munrau, Fritz Lang and Robert Wienne.

Once Ulmer shifted to Hollywood he worked with greats like Billy Wilder, another maker who gave us great noirs and William Wyler. Ulmer largely remained a Poverty Row maker but held in high esteem by filmmakers like Peter Bogdonavitch, who once said, “Nobody has ever made good pictures faster or for less money than Edgar Ulmer,” and film critic Michael Wilson who called Ulmer, “the patron saint of all film pirates.”

Detour (hold your breath) was shot in 3 days!!! So guys enjoy this brilliant film on YouTube.