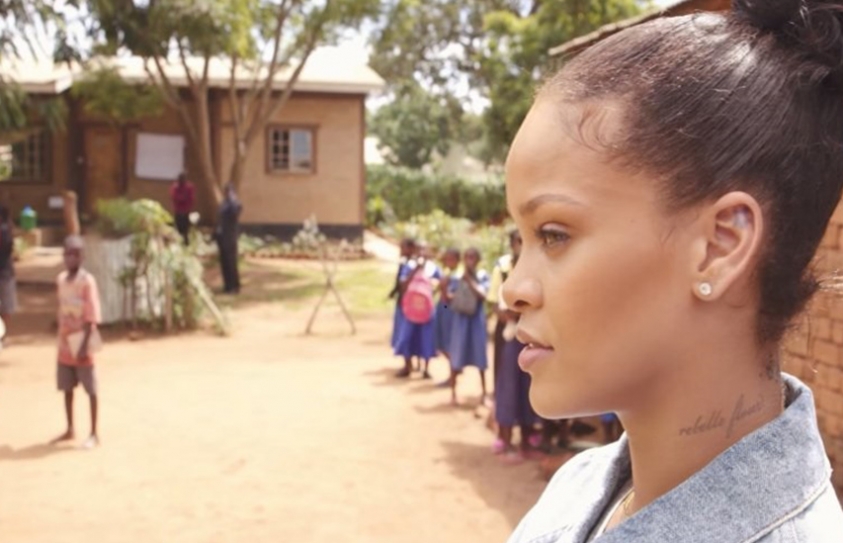 Everyone Is Excited About School When Rihana Is The Teacher

Rihanna is known for churning out smash hits, strutting in outfits from her street-smart fashion line, and keeping it real while sitting courtside at the NBA Finals. But if footage from a new video is any indication, maybe her next role will be working as a math teacher. OK, she probably won’t end up teaching subtraction full time. But watching the clip below and seeing how excited RiRi is in front of a classroom of eager students, it’s clear that she’s backing an ambitious goal: making 2017 the year of education.To that end, the footage in the video comes from RiRi’s January visit to Malawi in East Africa, which she took with advocacy group Global Citizen as part of her role as founder of the Clara Lionel Foundation and as the Global Ambassador for the Global Partnership for Education. The nongovernmental organization works in developing nations to achieve the United Nation’s goal of universal education by 2030.