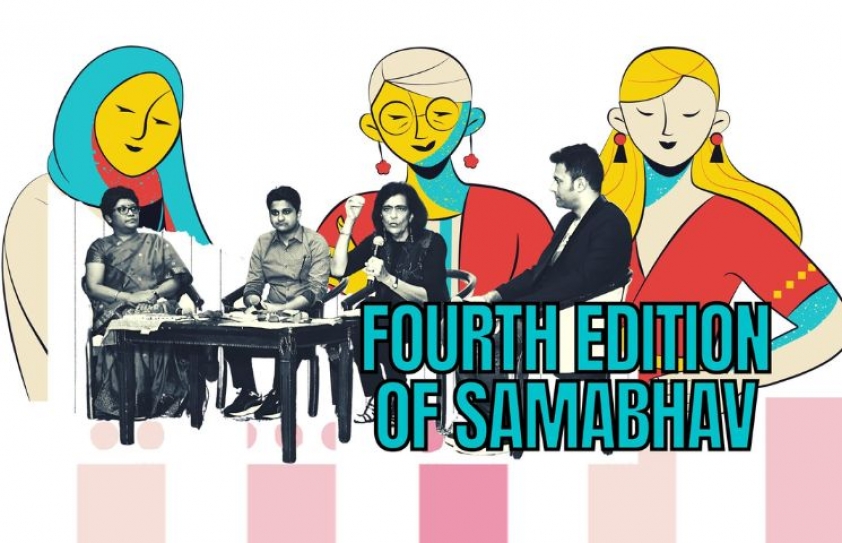 The fourth edition of SamaBhav, which ended on 22nd August 2022 in Dhaka Bangladesh has so far traveled to 31different cities and 14 Rural Districts in India, reports The Daily Eye Newsdesk

Men Against Violence and Abuse (MAVA), a voluntary organization based in Mumbai and working for over the past 29 years to stop gender-based violence against women by engaging Men and Boys had organized a 2-days unique traveling film festival called SamaBhav (meaning Equanimity). The festival has so far reached out to over 9000 young minds. This year the festival also traveled to three international cities: Dhaka, Kathmandu and London.

The theme of the festival was gender, masculinity, sexuality, and diversity. The festival was open to all university and college students, young filmmakers, film enthusiasts, and representatives of social organizations from the region. To make this festival more inclusive and accessible no entry fee was charged to the participants.

The traveling film festival over its last 4 editions has tried to reach out to youth through stirring conversations with experts on contemporary gender issues and Intersectionality related to all genders, and advocated for a healthy, pluralistic, gender-just society. The festival aims to provide a safe, non-threatening platform to open up, ventilate differences and celebrate diversity in Gender.

This year’s festival saw 19 national and international short films, documentaries, and feature films on gender, which were screened at 13 different venues in India and three international venues. These films covered a wide range of gender matters – from various forms of gender-based discrimination/violence against women to transphobia to breaking the gender binaries and toxic Masculinity. 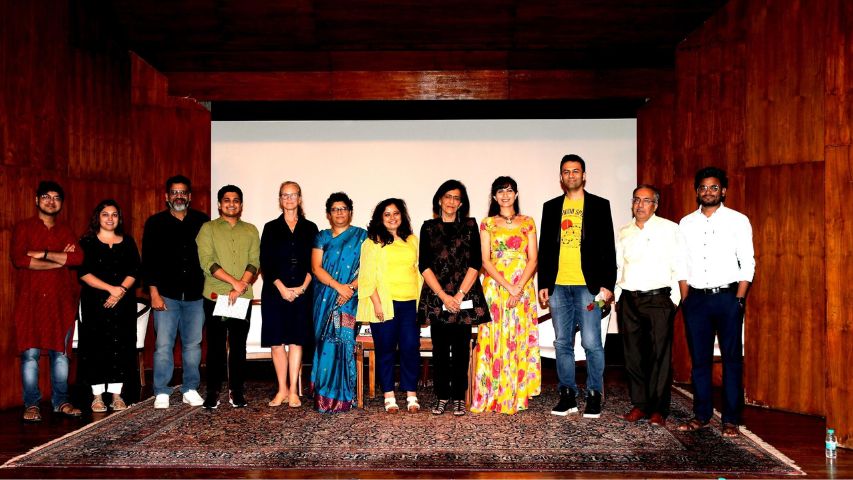 On 28th August 2022, a symposium to celebrate the completion of the 4th edition of Samabhav was held at National Centre for Performing Arts (NCPA), Mumbai.

The film festival, running from February to August in different cities, highlighted issues covered by MAVA’s work. “The struggle is not against men but against patriarchal stereotypes, which are culturally imposed so boys assume they have to act in male dominant ways”, said Harish S. “We curated feature films, shorts, and documentaries, showing alternate ways of behaving, following each screening with audience engagement.”

Harshavardhan Kulkarni, director of ‘Badhaai Do’ one of the first Indian mainstream Bollywood films focusing on same-sex relationships was on stage to talk about his film. “Coming out of the closet is not a one-time event, it’s a journey a gay person goes through repeatedly with different persons,” he said. “In India, the social pressure to get married is so strong that people get into ‘lavender marriages’ just for appearances in the normal world.”

Anyone heard of a ‘lavender marriage’? Google defines it as ‘a term to describe a marriage between a man and a woman in which one or both parties are homosexual. Usually, but not always, both parties are assumed to be complicit in a public deception to hide their homosexuality.’

The evening was hosted by Anna Lekvali, the Swedish Consul-General who spoke about Sweden having a feminist foreign policy, so fifty percent of Ambassadors and Consul-Generals are mandatorily women.

The day ended with a panel discussion that saw an educator, student, and filmmaker coming together to discuss the significance of films and how they can be used as a tool to start conversations on social issues and to bring change. Shan Vyas the director of Oscar nominated film Natkhat along with Parikshit Mukhopadhyay, Student NUJS Kolkata, Neena Sharma, Assistant Professor, S.M Shetty College Mumbai and Rashmi Lamba, Festival Advisor India Council Chair, Geena Davis Institute on Gender in Media were part of the panel discussion titled Gender Sensitivity-Frame by Frame.

Good news stories are few and far between in a world beset with wars, communalism, and corruption so it’s heartening to see people working on positive ways of changing the world.