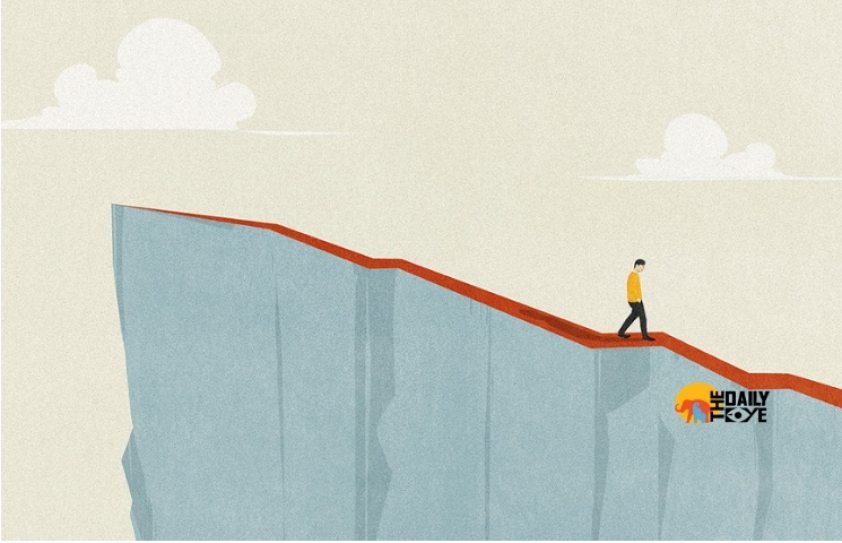 Global suicide rates on a downward trend - WHO

According to a study released on 7th February, suicide rates have fallen by more than a third globally, since 1990. The World Health Organization estimates that about at least 800,000 people kill themselves every year. Among all the death reports, there is a clear fall in global suicidal rates.

In results published in the BMJ journal, the study estimated that 817,000 people killed themselves in 2016 - a slight increase of 6.7 per cent since 1990. However, as the global population has boomed over the last three decades, the team found that the rate of suicide adjusted for age and population size fell from 16.6 to 11.2 deaths per 100,000 people - a plunge of 32.7 per cent. Meanwhile, deaths from suicide in China and India – the countries with the highest populations – accounted for 44.2 percent of global suicide deaths in 2016. Both countries experienced significant decreases of 64.1 and 15.2 percent, respectively. 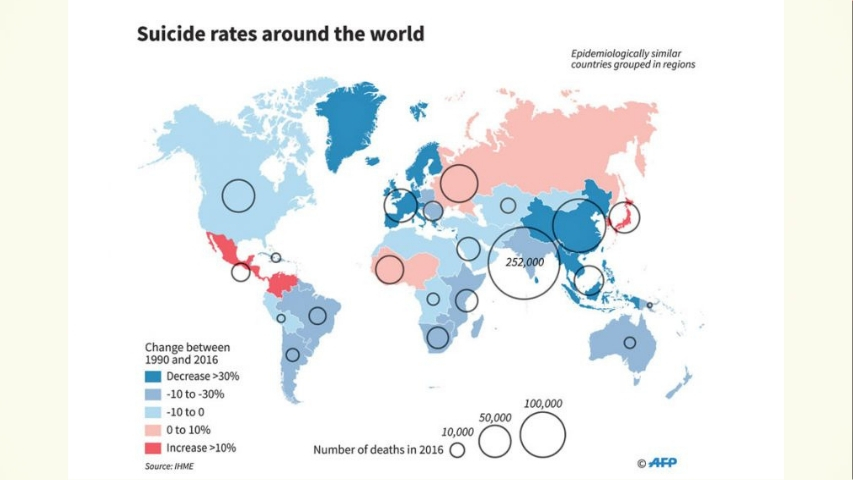 “Suicide is considered a preventable cause of death and this study shows that we should continue in our efforts towards suicide prevention,” said Heather Orpana, a research scientist with the Public Health Agency of Canada and a collaborator on the study. “With further efforts, we could take further reductions in suicide mortality.” Hundreds of data sources are estimated every year conducted by Institute for Health and Metrics Evaluation with funds from Bill and Melinda Gates Foundation. The study also warns that still, several regions of the world witness suicide as the leading cause of death.

The Times Now news reports that in 2016, 34.6 million years of life were lost globally from suicide - that is, the age when suicide deaths occur compared with average life expectancy in a given region or nation. In addition, men were still more likely to kill themselves than women in all regions and age groups, apart from 15 - 19 year-olds, though the analysis did not speculate why. “Mortality rates were generally higher for men but there was considerable variability between men and women depending on the age, and even the country,” Orpana told AFP. Globally, men hugely outpaced women for suicides, suffering 15.6 deaths per 100,000 compared with 7.0 for women. 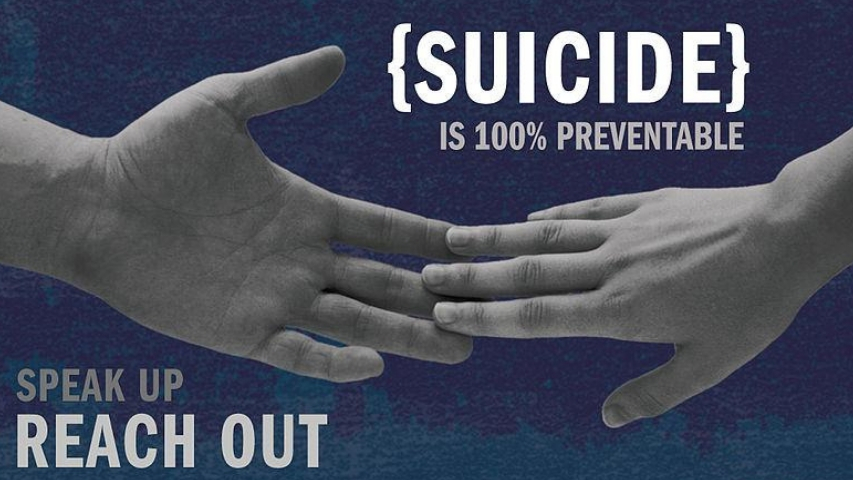 The study also found that fewer people were living in absolute poverty and also having better access to healthcare. Orpana says “sometimes we might look at suicide as a different kind of health outcome than, say, cardiovascular disease or cancer, which are considered more traditional”. She stated that both suicide deaths and overall mortality fell in close proximity suggested that suicide might be better tackled if treated as just another illness. “But what the similar rate (fall) may be telling us is that suicide may be similar to other health outcomes and in some ways may be driven by similar factors.”

The WHO targets an overall 10 percent reduction in suicidal rates by 2020. But, the conflict is that the suicidal trend varies from country to country. For example, in China the average rate of suicide deaths fell 64.1 per cent since 1990, in places such as Zimbabwe the rate had almost doubled in the same time-span. "This could still be a conservative estimate of the suicide mortality rate if suicide deaths are wrongly assigned to other plausible causes, such as unintentional injuries, when deaths are recorded," according to the study. The authors suggest further research into risk factors, such as mental disorders, drug and alcohol use, or violence, to guide future suicide intervention and prevention strategies.