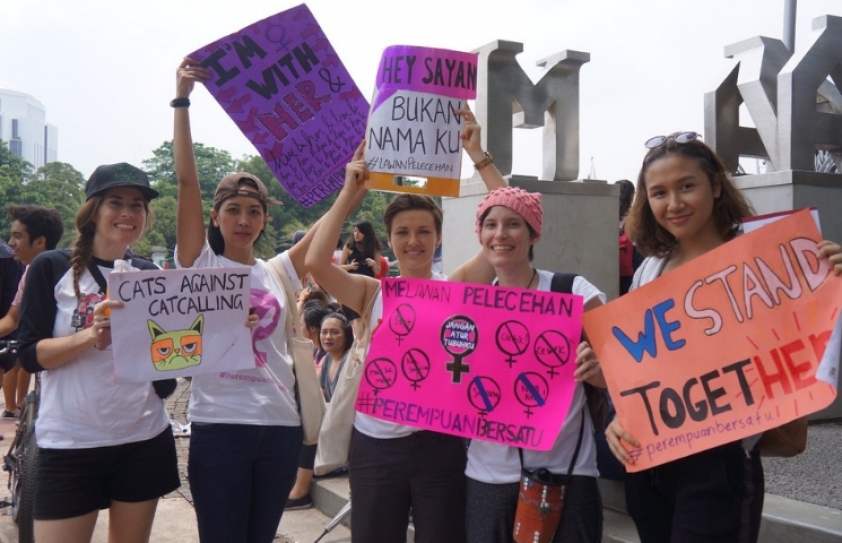 Thousands march in support of women’s rights in Jakarta

On Saturday, the 27th April, thousands of people marched from Jalan Sudirman road to the National Monument (Monas) in Jakarta - for the 2019 Women’s March to support women’s rights and commemorate the birthday of Kartini, the country’s national heroine and women empowerment icon.

People of different genders, occupations and religions gathered to show their support for better protection and empowerment of women in spite of frequent violence perpetrated against them.

“This is an everyday struggle for all of us, to fight for justice and gender equality. Many problems that we are facing are because the political elite are trying to stop us from seeking justice and equality. Don’t let them silence us,” the march’s field coordinator, Ririn Sefsani, told the crowd. 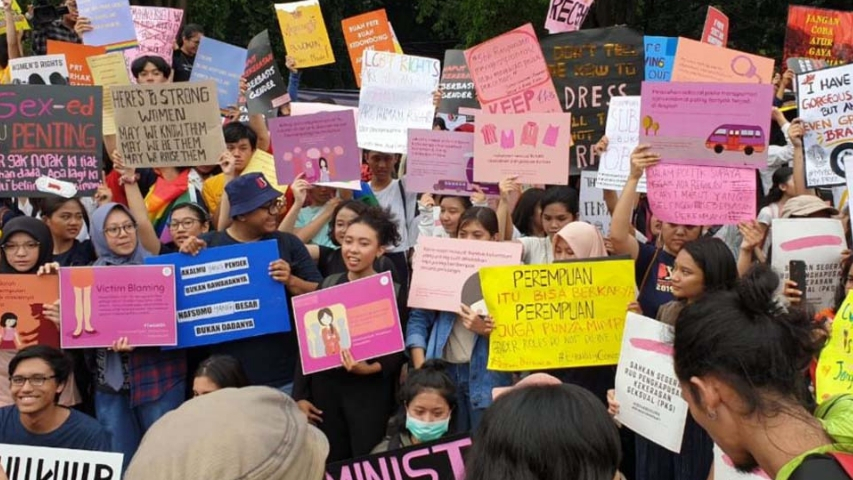 It is being told that this year is the third celebration of the annual march and the crowd is getting bigger each year. Women’s March Jakarta recorded that in 2017, when it was first held, only 800 people took part. The number increased to 2,000 participants last year and 4000 this year.

The Women’s March committee told that it did not expect such a massive crowd to show up this year. For safety reasons, the march’s schedule was changed, which is usually held in the first week of March - because of the general election this year. “This is a political year and we just had legislative and presidential elections a week ago, so at first we thought that some people might be afraid to speak up about these issues, but apparently it didn’t affect them. The crowd is really great today, we saw so many new faces,” spokesperson Skolastika Lupitawina told The Jakarta Post at the event.

The march was held under the theme of the global women’s march movement, which is Women in Politics.

Human Rights Activists gave the government 10 demands that cover various topics, including the long-awaited sexual violence and domestic worker protection bills, the elimination or revision of discriminative laws and by-laws as well as social protection for every gender and social group.

The march also commemorated the celebration of Kartini’s birthday on April 21. Coming from a noble family in the 19th century, she was forced into an arranged marriage to a regent in Java. Her concerns about the poor living conditions of women around her drove her to open a school for them. She also spoke out against gender injustice at the time through letters to her friends in the Netherlands. Her letters, which were later disclosed to the public, reflected an early awakening of Indonesian women amid a patriarchal society in pre-independence Indonesia.