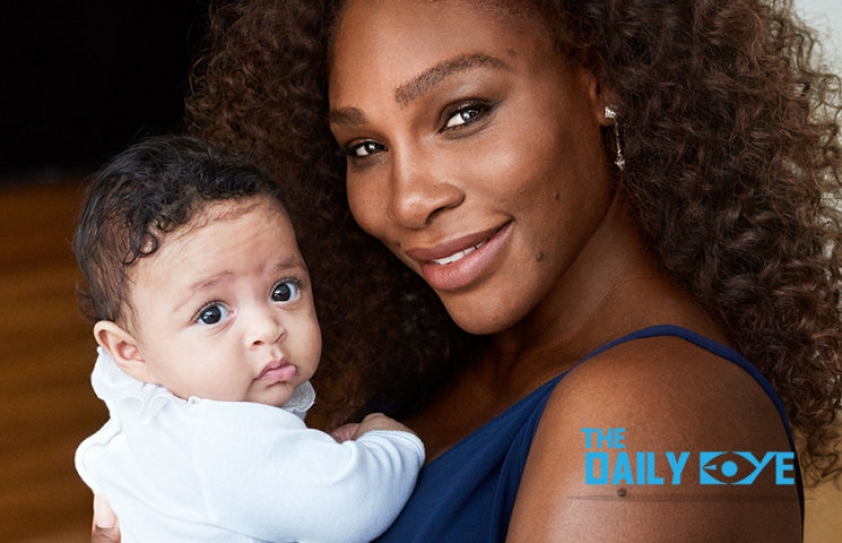 You are the true heroes, Serena Williams offers encouragement to other Mothers

It’s not easy to believe that the tennis player with most championship wins in history would ever feel like anything less than a superstar. Yes, I am talking about none other than Serena Williams. Serena, in addition to being a star tennis player is also a new mom. She recently shared her struggles with “postpartum emotions” on social media and being “in a funk” as she juggles the demands of her career and raising her daughter, Olympia.

She posted a picture on her Instagram with this caption. "Last week was not easy for me. Not only was I accepting some tough personal stuff, but I just was in a funk. Mostly, I felt like I was not a good mom. I read several articles that said postpartum emotions can last up to 3 years if not dealt with. I like communication best. Talking things through with my mom, my sisters, my friends let me know that my feelings are totally normal. It’s totally normal to feel like I’m not doing enough for my baby. We have all been there. I work a lot, I train, and I’m trying to be the best athlete I can be. However, that means although I have been with her every day of her life, I’m not around as much as I would like to be. Most of you moms deal with the same thing. Whether stay-at-home or working, finding that balance with kids is a true art. You are the true heroes. I’m here to say: if you are having a rough day or week--it’s ok--I am, too!!! There’s always tomm!"

Serena has always been open about the challenges of motherhood since the very beginning. In her Vogue February 2018 cover story, she shared the story behind the difficult birth of her daughter, Olympia. In her documentary series for HBO, she’s seen breastfeeding and pumping constantly in between trainings sessions and candidly discussing being afraid she won’t provide enough milk for her baby. Now, she opened up to her nine million Instagram followers on the enduring challenges a woman can go through even months after becoming a mother.

According to an article in Vogue, seven women suffer from postpartum depression after the birth of a child, while 10 percent of new moms suffer from the lesser-known postpartum anxiety, where fretful thoughts and panic attacks are mixed in with feelings of PPD, which range from hopelessness and sadness to thoughts of suicide. Thankfully, as the years go by, more and more women, especially celebrities with large platforms, are being honest about their experiences with motherhood mood disorders.

Chrissy Teigen took it a step further and wrote a personal essay in 2017 about her struggle with postpartum depression after the birth of her daughter Luna. “I wanted to write an open letter to friends and employers to explain why I had been so unhappy,” she wrote. “The mental pain of knowing I let so many people down at once was worse than the physical pain.” She admitted once she started sharing what she had been through, it became easier and easier each time. “I still don’t really like to say, “I have postpartum depression,” because the word depression scares a lot of people,” she continued. “I often just call it ‘postpartum.’ Maybe I should say it, though. Maybe it will lessen the stigma a bit.”

Such stories are a constant reminder that celebrities are just like us normal people. Let us all raise a glass to Serena this time, for reminding everyone out there going through tough times, that they aren't the only ones.