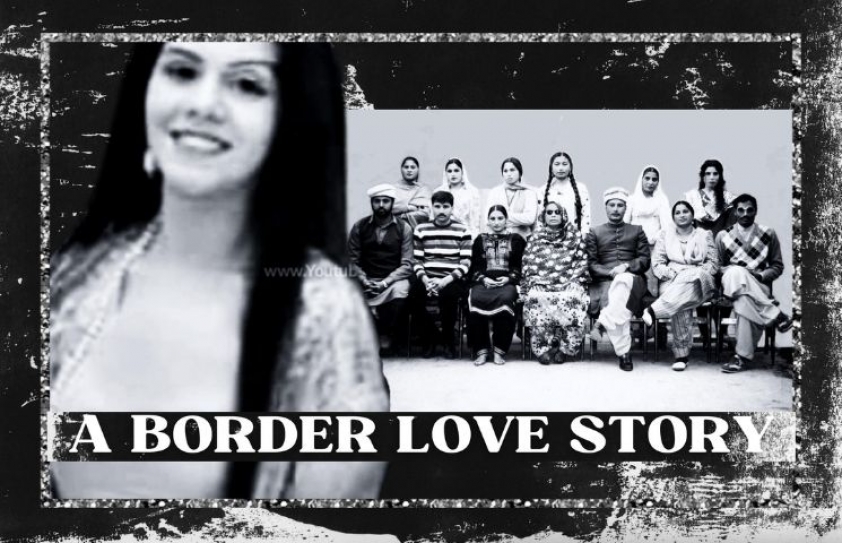 Khalid Mohamed narrates the bittersweet tale of meeting his aunt, the major Pakistani filmstar Zeba Ali and her equally famous husband Muhammad Ali, when such reunions were possible.

When your extended family, whom you barely know, had chosen to settle across the border, in Pakistan for purely financial reasons, you excuse them from your system.

The Partition did that and in any case, several of my close and distant kin had lived in Multan. Over time, they became mythical figures, no point mulling over what they’re doing. Have the elders passed on to another realm? What is their next generation up to?

One of my grand-aunts, when left bereft on widowhood, snagged a visitor’s visa to India. I was nonplussed being in junior school then. That was Mehmooda Begum, Mammo, whose story was adapted into a film by Shyam Benegal with immense compassion, and that was that.

Years later, a distant cousin, Nauman Ali, got in touch on Facebook. By then I was  middle aged. He was employed in Dubai, was planning to return to Pakistan, which he did, got married, and presumably all’s well. Haplessly my curiosity was rekindled, which is a human trait I guess.

Before that, I didn’t have the slightest stamina or the mildest interest to know more. But then there is Wikipedia. After procrastinating I had to find out at least some sketchy details about my mother Zubeida’s cousin Zeba Ali (not to be confused with Zeba Bakhtiar of Henna), who is said to have migrated to Pakistan at the age of three.

Zeba Ali, like my mother, the family lore went, aspired to become an actor and she did, a highly successful one, who married (her third marriage) the A-lister actor Muhammad Ali in Islamabad or Karachi, I’m not sure exactly where. He adopted her daughter from her first marriage and gave her the name of Samina Ali.

Zeba and Muhammad Ali, in the later stages of their career, would be described as the Saira Banu and Dilip Kumar of Pakistan, and continued acting, only featuring in films opposite themselves. She was awarded the title of Hilal-e-Azam (Crescent of Pakistan) by the government there in 2016. 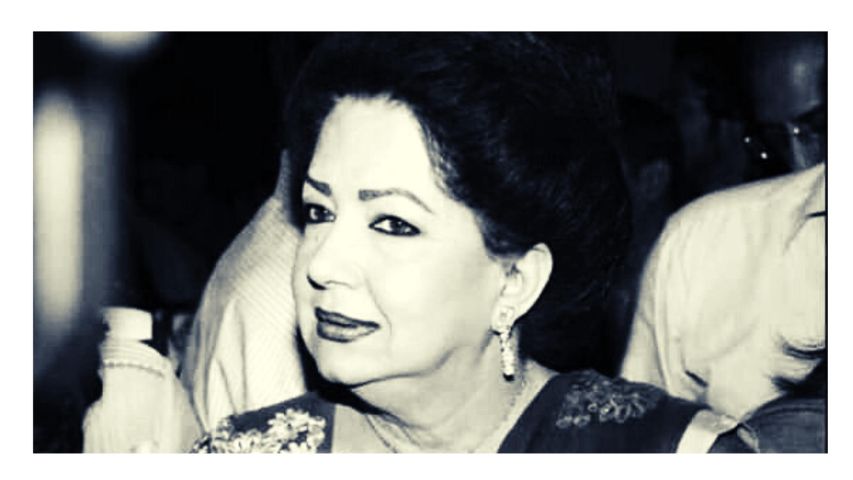 Muhammad Ali, described as The Shahenshah-e-Jazbaat (The Emperor of Emotions) passed away at the age of 74 on 2006. Their litany of films over the course of three decades and the awards snagged are long. And so are some insinuations that Muhammad Ali would hobnob with the political regimes, especially that of President Zia-ul-Haque. Presumably that’s a given between actors and politicos.

Zeba is 76 now, and in an interview has stated , “I am not complete without my husband.” She leads a retired life in a bungalow in Lahore, with her daughter and son-in-law. She had suffered a health scare, and after a spell of being bedridden is back  to normal.

That’s where the backstory ends. During my school days, Zeba Ali and her daughter Samina, on a tourist’s visa, were staying with my grandma and me in the rather rundown Saidunissa Building bang opposite Grant Road Railway Station. Although there were two minuscule bedrooms, we used the larger living room for everything right from our meals to camping down at night on charpoys, a solitary creaky bed and mattresses and pillows borrowed from our neighbours, most of them being the ‘Good Samaritan’ Parsi families glad to help out in need.

It wasn’t the kind of place the already-celebrated actor Zeba, and Samina were accustomed to. But no fuss, no fret. Conversations between grandma and Zeba rolled late into the night, as they caught up on the well-being or the lack of it about relatives across the border. That didn’t arouse my interest - in retrospsect it should have.

And one afternoon though it was raining thunderously, Samina, a classic beauty with her hair tumbling right to her waist, and I were despatched in a taxi to a boutique at the Taj Mahal Hotel to buy her a glamorous dress. The intention, I clearly suspect, was to leave us alone together. Perhaps when we emerged from our teens, a nikaah between Samina and I was not beyond the realm of imagination.

We returned drenched to the gills; the sole umbrella had been used to shield the carton of the pricey green salwar kameez, and from what I can recall a lightly embroidered peach-colour dupatta. Odd combo it was. It was her pick and I couldn’t possibly tell whether it was elegant or mismatched.

Clock in ten minutes, and Zeba Ali was the first to ask Samina, “So how did you both get along?”

We had gone delirious about the sea waves, the adventure of the taxi ploughing through water-clogged streets, topped by roasted bhuttas on Marine Drive, and gabbed about common interest in books we read (George Eliot, Thomas Hardy, yeah that precocious). Grandma trilled, “Toh baat samjho pukki as soon as they have completed their education.” Admittedly, I was thrilled. 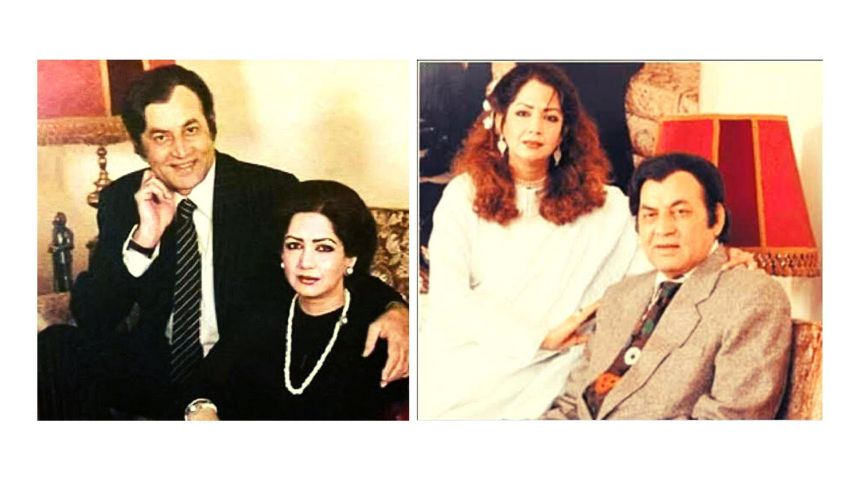 A beyond beautiful bride, and an intelligent conversationalist to boot, had already been organised for my future. I slept with a hundred heart-like emoji dreams that night. A couple of days later, Zeba and my new-found dream girl returned home to Pakistan. Tears were shed, and promises made to be together soonest. Alas, that was the closure of an incipient love story. Maybe Samina hadn’t tick-boxed me, which is more than likely, plus there would have been the reams of paperwork involved in a crossover marriage. Anyway as Faiz Ahmed Faiz wrote, “...Aur bhi dukh hain zamaane mein mohabbat ke siva…”

There was no word from our guests for ages. Grandma was pawning her jewellery to see me through college. After a tiresome round of job searches, including purser at Air-India, a personal meeting with Mrs Gulshan Ewing, editor of Star & Style and Eve’s Weekly, no go. I would spend days at the American Center, reading John Steinbeck, Ernest Hemingway and attend M.A. classes by evening. Snippets of the ‘dates’ with Samina, if it can be called that, would keep wafting back.

After M.A. (in political science!) I secured a job at The Times of India as a trainee reporter at an internship stipend of Rs. 500 a month. Meanwhile, grandma at long last received the sum of money left to her in grandpa’s will. We moved from bustling Grant Road to a comparatively middle-class, gated community apartment at the swishy address of Malabar Hill.

Way more secure now, began grandma’s hunt for a suitable bride, Samina not entirely forgotten. Curve ahead: grandma would always moan, “None of them are a patch on Samina.” I kept a straight face. Who wanted to marry in his 20s anyway? Zeba-Samina became a closed topic, and I developed an aversion to green salwar-kameezes and peach embroidered dupatta. Unreasonable, but dreams can have unreasonable effects.

Next: While covering the International Film Festival of India in New Delhi, surprise surprise, I tumbled into a press conference room at the Siri Fort. A session with Muhammad Ali and Zeba was underway. Predictably, the drift was that there should be more film cultural exchanges with India and also film collaborations. Noticing me, sitting as silent as a tomb in the last row, Zeba leapt up from the dais, hurried towards me, hugged and rained kisses on me, and practically shrieked, “Papu (my pet name), what’re you doing here?” My press colleagues must have thought she’s lost her sanity. 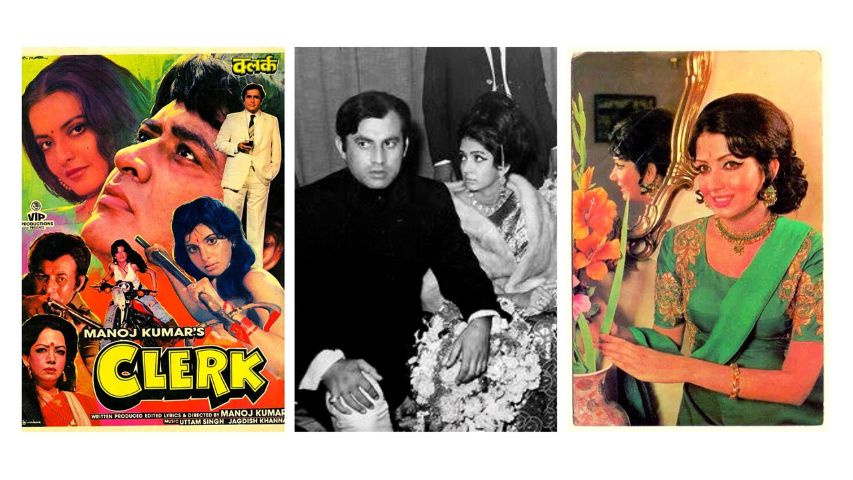 “Wait,” she implored, “I’ll just finish the conference and be with you, my bache. How’s everyone?” “All good, all good,” I murmured. The conference done with, she whisked me away to a nearby hotel suite. Snatching all of Muhammad Ali’s colognes and neckties, she forced them on me as gifts, apologising, “I didn’t know you would be here. Just look at you, you haven’t changed at all.”

I couldn’t speak much, they had to rush to an ‘important’ meeting. Weeping copiously, Zeba Ali said she would be in Bombay next week, jotted down my address, and exited with Muhammad Ali who looked shell-shocked. “Who’s he?” he asked rather irritatedly. On being told that I was Zubeida’s son, Ali of a hero’s commanding looks  nearly did a double flip, rounding his mouth into a perfect, “O!”

Next week, a Mercedes materialised late evening at our home to transport grandma and me to Manoj Kumar’s home for dinner. Characteristically grandma huffed, “Why couldn’t she come here with her big laat saab hero? And we’ve already had our dinner, thank you very much.” Inwardly, she was excited though to find out about more of our relatives in Pakistan. So off we went.

The dinner, I’m afraid, was forgotten. As soon as Manoj Kumar saw me, he snapped, “Oh, this is your nephew? He always gives me terrible reviews. Tell him to praise Clerk for a change. Your aunt and Muhammad Ali are making guest appearances.” Ulp. Splutter. Uh huh, no promises. Zeba quick on the uptake, escorted grandma to an inside room and how they wailed. She had lost her mother to a terminal illness. Both the women were inconsolable but were not to be disturbed.

Meanwhile, I watched Manoj Kumar and Muhammad Ali discuss Clerk over what looked like colorful cocktails. I wasn’t offered one, (still) being a kid of the family. So I mulled over a cola iced. After an eternity grandma emerged from the innards, requested to be driven home right away. Whatever she wanted she always got, and refused the invitation for the next day to watch the Film City shoot of Clerk where Ashok Kumar, Shashi Kapoor and Rekha would be present. Not tempted, she spent the hour long drive in silence. 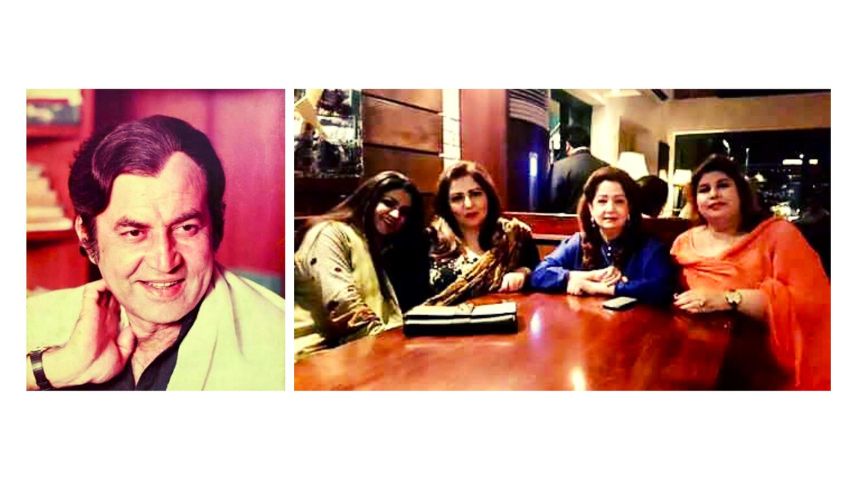 A week later, baskets of mangoes and assorted fruit were sent over to our place, courtesy Muhammad Ali and Zeba, with a note, ”We’ll be back soon. Papu, do look after your grandma.” The old lady wasn’t impressed and distributed the fruit among the neighbours. On being asked why she was being so khadoos, she responded sharply, “They have fixed Samina’s marriage to someone else. That Zeba had given me her word. Now no more questions.”

As it happened Clerk turned out to be atrocious, with the Pakistani guest stars performing piffling roles. It was roasted by the critics (including me) as one of the worst films ever made. Nauman Ali on Facebook wouldn’t say much about Zeba Ali. When I asked Fawad Khan on the sets of Kapoor & Sons, how she was doing, he said, “Fine, fine.”

Moral of the story: Partition and families separated by the ebb of  political circumstances, can lead to strange consequences. Our story was extremely mild compared to what must and could have happened to hundreds of other families. Grandma never spoke about Zeba or Muhammad Ali as long as she lived.

Also she gave away all her green salwar kameezes and peach colour embroidered dupattas to whoever would have them. Clearly, the generation affected by the border division took the wrench of separation way more to heart.

For the next  generations and the ones after that, it has only been a matter of line of control, distance and no more communication. Maybe because as every generation replaces the other, we don’t hurt as much.