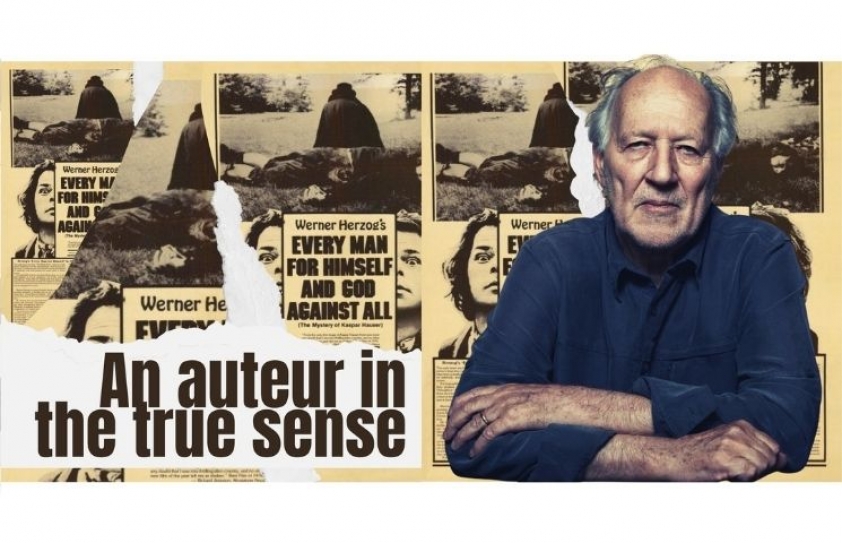 The new wave German cinema with its mighty generals like Wim Winders and Reiner Werner Fassbinder had a maverick for company, an eccentric genius, Werner Herzog, writes Sharad Raj.

His films received intellectual acclaim and were extremely popular in the art house circuits of Germany and Europe. However, Herzog was never a keen participant in the modalities of the new wave. He found the concept deeply provincial and aspired to seek international legitimacy for his works. The concept of the arts achieving a distinct domestic identity was of less importance to Herzog than being accepted as a civilized nation. This was Herzog’s response to the violent past of his country and the holocaust that was perpetrated in the name of nationalism.

He found no takers at all for his scripts hence started making his own films with non-professional actors and became an auteur in the true sense. The Enigma of Kaspar Hauser, his 1974 is based on a real-life character that had suddenly appeared one day with a copy of the Bible and a note. It won the Grand Prix Special Du Jury award and the FIPRESCI award at the Cannes film festival. Francois Truffaut called Herzog ‘the most important filmmaker alive.’

Herzog‘s preoccupation with the Nietzschean superman, a man of superior physical abilities and consciousness and nature is seen in his film time and again. The mightiest of man cannot conquer the wrath of nature. The conflict despite all the drama between the superman and nature is an unequal one. 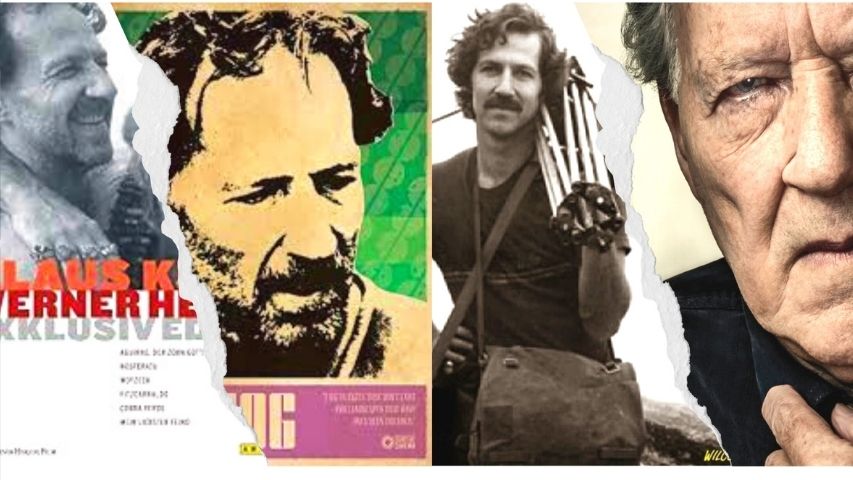 The film follows Kaspar Hauser, who lived the first seventeen years of his life chained in a tiny cellar with only a toy horse to occupy his time, devoid of all human contact except for a man, wearing a black overcoat and top hat; he feeds him.

One day, in 1828, the same man takes Hauser out of his cell, teaches him a few phrases, and how to walk, before leaving him in the town of Nuremberg. Hauser becomes the subject of much curiosity and is exhibited in a circus before being rescued by Professor Georg Friedrich Daumier who patiently attempts to transform him.

Hauser soon learns to read and write, and develops unorthodox approaches to logic and religion; but music is what pleases him most. He attracts the attention of academics, clergy and nobility, but is then physically attacked by the same unknown man who brought him to Nuremberg. The attack leaves him unconscious with a bleeding head. He recovers, but is again mysteriously attacked; this time, stabbed in the chest. Hauser rests in bed describing visions he has had of nomadic Berbers in the Sahara Desert, and then dies. An autopsy reveals an enlarged liver and cerebellum.

Themes of inadequacy of language and alienation were close to Herzog and few films do a better job in exploring them than The Enigma of Kaspar Hauser. A man kept in complete isolation from society becomes inept at relating with the world outside. Imagine a man not at all influenced or corrupted by exposure to the outside becomes a social anomaly. 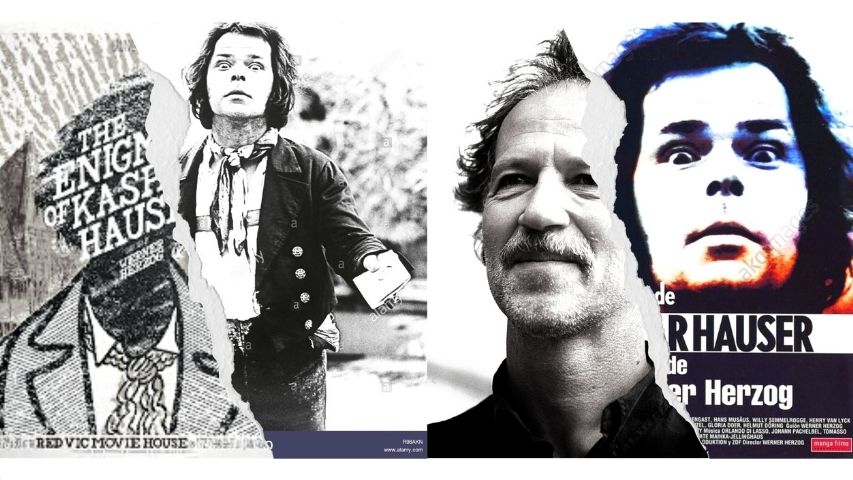 People outside find him an object of amusement, for Kaspar’s insulation has retained him in his primal form, raw, as he must have been when conceived in his mother’s womb and by not interacting with the outside world he retained his original innocence and it is that, which creates conflict for Kaspar. If Kaspar is an enigma for the outer world, the world is as much an Enigma for Kaspar. And this is of keen interest to Herzog.

The consumerist social contours that pre-determine social mores subsume the individual. They have a corrupting influence on man, Herzog infers in the film. Kaspar, thanks to his confinement is not even well versed in the language that people speak and is at sea. This becomes a strong metaphor for alienation and critiques the limitations of language. It is rather unnecessary to have a language that cannot connect the two worlds. Despite the apparent lacuna Kaspar is the quintessential Herzogian “superman”. The primordial being of Kaspar and the enlarged cerebellum in his brain makes him that.

Bruno S, an interesting character himself, has portrayed the role of Kaspar. Son of a prostitute, Bruno spent many years in a mental asylum. Being a Berliner, it was difficult for him to gather the accent that the film needed but Herzog used it to his advantage to depict Hauser’s discomfort with language. In Herzog’s cinema the theme of alienation assumes philosophical dimensions. And Enigma of Kaspar Hauser has deep forays into the philosophy of life and existence and is one of Werner Herzog’s finest films.