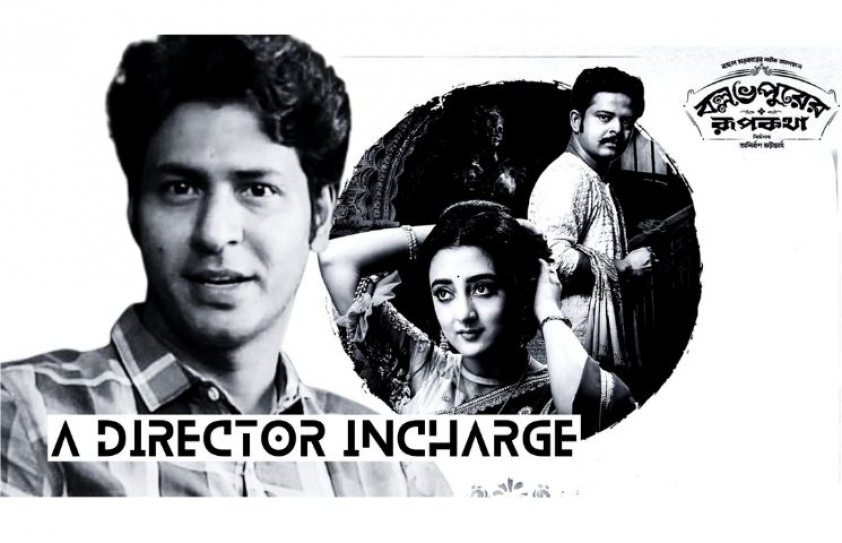 Satyabrata Ghosh distinguishes between an assembly line process aimed to gain eyeballs from that, which enables cinema to remain a director’s medium, by taking Anirban Bhattacharya’s film, Ballavpurer Roopkotha, as a case in point.

Some of the popular actors, their lackeys, the financiers, the executive producer and production controller dictate terms, which the screenwriters and the directors have to oblige. Stories, scripts and music often reach the final shape irrespective of the directors’ involvement. The directors execute the scenes in a time-bound schedule with technical teams, members of which work to fulfil agendas other than films. Occasionally, like a bolt from the blue, a cinema hits the screen and we realise that cinema is indeed a director’s medium.

Back in 1994, when Rituporno Ghosh’s Unishe April was released, the buzzword about the film had spread across wide cross-sections of Bengali society. A large chunk of the educated audience, both young and old crowded once again at cinema halls. They pleasantly found the Autumn Sonata’s adaptation worked quite well with their own emotion and aesthetics. But with some exceptions filmmaking as a commercial proposition reverted to its hackneyed domain, in which everything other than the director claimed the screen. While the reluctance among the millennial audience continued to grow, the soap operas on satellite channels began to occupy the mental space and became all-pervasive. Consequently, several halls were closed as fewer audiences now buy tickets to watch films. The eagerness to watch a Bengali film on the big screen returned in 2012 when Anik Dutta’s Bhooter Bhabishyat initiated a refined amusement irrespective of age.

Since then, optimism has prevailed that cinema is meant for the big screen despite frequent misfires. As it started to wane with the pandemic lockdown and growing affinity with OTT platforms, Anirban Bhattacharya came to the big screen in 2022 as the director of his Ballavpurer Roopkotha. As the fragrance of incense sticks that permeates the air in no time, the word-of-mouth campaign about the fairy-tale of Ballavpur spread across the city and suburbs. With a telling shortage of cinema halls, the number of shows has increased considerably in multiplexes and single screens despite the hyped Diwali releases of Akshay Kumar’s Ram Setu and Ajay Devgn’s Thank God.

It is not that Ballavpurer Roopkotha is a newly minted tale by. Badal Sarkar - the thespian and prolific playwright of high calibre wrote the play way back in 1963-64. The well-structured comedy has appealed across generations and was staged by various stage groups. In fact, the first show of the theatre was performed in Hindi and then in Marathi before Badal Sarkar’s own group Shatabdi staged the play in Bengali in 1970. There was also a Hindi film made in 2017 based on the play. So, in terms of content, the play was well-read and watched in different parts of the country. Then why does the film version of the play make such a qualitative difference among both discerning and general audience?

As the film opens with fireflies glowing in a dark night, we see a boatman blabber while rowing, to which Raja Bhupati Roy (Satyam Bhattacharya), the sole passenger, interjects. The boatman complies with him, but not without commenting, “If a story is told a thousand times, it no longer remains a single story - it starts to change like a man’s life.” This statement at the very outset marks the mood of the film. And when Rajababu, the owner of the palace stealthily climbs by putting his foot on the crevices of bricks instead of the staircase to enter his room, the audience knows for sure that they are all set for wholesome amusement.

As a fine actor, Anirban has long established himself in a number of plays as well as in films. True to his academic and practical training, he not only excels in bringing the characters alive but also adjusts his histrionics with the ranges his fellow actors display and with the minutest details of an act or a scene. This phenomenal malleability of his artistry helped him to evolve first as a theatre director and then as a filmmaker. 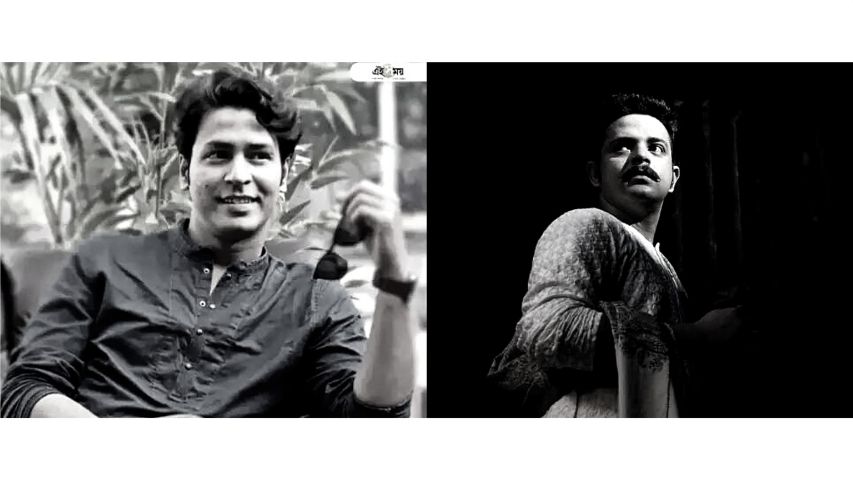 The history of films is also a history of how theatre directors like Elia Kazan, Ingmar Bergman, Akira Kurosowa, et al have prepared themselves to deal with the newer medium of film. Close to home, we have Ritwik Kumar Ghatak, who started making films to explore more dynamic and creative means to make a lasting impact on his audience. However, they all excelled by applying the tenets of film techniques to the fullest and thereby enriching the experience of making and watching films.

For Anirban the actor, what seems of utmost importance is to bring out the nuances, which make the characters he plays come alive in flesh and blood. When he sits on the director’s chair, he not only concentrates on bringing out the nuances of the characters alive on stage and on screen, but also ensures any singular histrionics of an actor, or a specific setting does not mar the overall impact of the show. While this quality of perfecting the details in a scene with a holistic vision of the end product is essentially theoretical, in practice such discipline is rare among contemporary Indian directors. In most cases, they single out some specific elements like dialogues, appearances, songs and background music, and quite often they fail to judge if such elements suit the final output.

One of the major reasons Ballavpurer Roopkotha stands out from recently released Bengali films is its outstanding casting. As a debutant director on the big screen, he could have opted for big names to feature in his maiden venture. Instead, he picked Satyam Bhattacharya as Raja Bhupati Roy, Shyamal Chakrobory as Monohar, Debraj Bhattacharya as Sanjib, Surangana Bhattacharya as Chanda. All of them are actors par excellence and yet have very few opportunities to be cast for the big screen. And when they did, as Satyam Bhattacharya had in Chandrasish Roy’s Nirontor (2019), he proved his acting prowess. It was not Satyam’s fault, but of an insecure Bengali film industry with several semi-professional people at the helm, who had not tapped his talent till Anirban did in Ballavpurer Roopkotha. So, when the word ‘introducing’ appeared in the title sequence, sadness crept in amid all expectation and amusement.

Not only in his selection of actors but also in handling a production system, which thrives on mediocrity, Anirban has been extraordinarily meticulous. That he could motivate his chief technicians quite well to give their best creative and production support was amply evident when his Mandaar became an exceptional thriller series on the web. Most importantly, he worked with the same people like Pratik Dutta as co-screenwriter and Soumik Halder as DOP. Soumik, who has canned several films of the maximum well-known and lesser-known Bengali film directors, excelled himself surprisingly to a top-notch level while collaborating with Anirban on both occasions. With somewhat assurance about the old tenet, ‘the film is a director’s medium’, one can only be pleased to estimate the pleasant dynamics that had gone behind when Anirban and Soumik worked together.

Ballavpurer Roopkotha fails at times, especially in the second half when Anirban used the royal courtroom almost like a stage where the actors deliver the comedy of errors. Yet, the film deserves a wider audience, because the director here is literally the captain of his ship who put his foot on the ground when it came to making his actors live the characters they play with witty and crispy dialogues. He also managed to create a mood with deft lighting and camera angles to bring most of the scenes to pulsate with suspense and anticipation.

Music Directors Debraj Bhattacharya and Subhadeep Guha composed some songs and background music to accentuate the mood demanded by the scenes, and not for carpeting the nuances with deafening noises.

Watching Ballavpurer Roopkotha is like knowing a director who has the final say after all suggestions are pitched in by every stakeholder. The film thus becomes a must-watch for those who still believe that a film director becomes important not by following a cast and production schedule set by others, but by painstakingly blocking, monitoring and approving the shots keeping the whole film in mind.