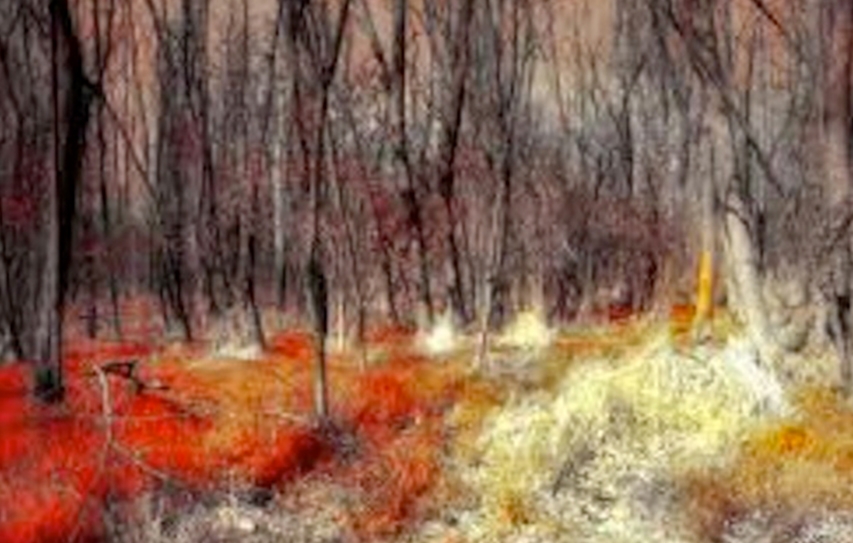 BLOOD ON THE DIGITAL DANCE FLOOR

It’s hard to steer clear from the political process in India any longer, hard to ignore the shrill cacophony that dominates as well as overpowers sensibilities and will continue to do so until the end of the next elections in mid-2014.

Politicians have understood it well. There is no such thing as local elections anymore. With a media spread across all demographics in real time, right from here to the other end of the world, noise made in one place can be heard everywhere on earth, and reactions come from all sides.

So what is Modi doing in Patna, leading a rally of thousands, when the focus is on New Delhi, the capital state of India? While there are many contenders to the throne in New Delhi, that is ‘IF’ BJP wins, the Prime Ministerial candidate of the party Narendra Modi, ‘IF’ the party comes to power in the upcoming general elections there, addressed crowds in Patna, Bihar, where one of the most important alliance partners of the party, at present running the state has dissociated himself from the BJP.

The event started with a blast. No, I’m not joking, it was a bomb blast, and 5 people were killed, another 70 injured and neither the rally nor the address to be given at the event were postponed or cancelled as party workers managing the backend were sitting ready to key in well-crafted lines by the speech writer, for the whole world to hear in real time. This was a well-chosen moment, a time on a Sunday selected, so most are at attention, therefore how could a small explosion, a few deaths and some injuries stall the proceedings? People die every day, suffer all the time but real time lost, is sacrilege!

Well, the show must go on.

“Come on Delhi, vote for BJP”, said BJP in Bihar, “the war has begun and the man, Nitish Kumar, we supported, and hailed the messiah, the man whom we fought for, we lifted to the sky, is no longer a hero. He is now a traitor and the man we loathe, we condemn, we pushed behind bars a couple of weeks ago, Lalu, we woo”.

Meanwhile in Delhi words spoken by the Sheherzade reverberated in the rest of India too, and the home minister Shinde packed off intelligence to the defected Kumar to nab the culprits of by now, not just one blast, but a series mostly detonated, except one of the bombs that went off and killed a few more people rallying at the heaving grounds. The number of injured rose, taking the count to 84, and Twitter and Facebook, You Tube and rest of infamous social media was then inundated with a tsunami of quotes from the BJP leaders speech in Patna highlighting faults of the ruling party at the centre, justifying its misdeeds, their corruptions as reasons compelling for people in New Delhi to give power to the BJP, and also with quotes from the Congress blowing its own trumpet and warning New Delhi of a dark future, if the ballot was not theirs.

Yes, mastery of the media, and understanding of Indian psyche possessed with want of its toe to find its way to the political process, gets its way, letting the people of India, still in awe of the media in picture and sound available in its living room, to do what its addicted to and that is to opine at homes, whine within communities, vent through free media and violently react at market places and religious and political gatherings about why the ruling parties must go, and be replaced by the opposition or otherwise.

It’s of no relevance to be talking about India and its own conscience, no point discussing how the people of India should accept and deal with the truth, which is that the whole nation, it’s political and social process need to stop for a moment, halt, take a pause and think for a while. If it is about India, that is. If not, then carrying on in the same vein and leading the nation to a complete destruction is inevitable.

Where is the conversation about economic, environmental and social policy? And the disclosure to the people of this country of what needs to be done to solve the numerous problems which India faces? There is conflict at every level, and every political party, in power and opposition, stays committed to keep it alive. That there needs to be resolution between India and its neighbours, its religions, its castes, its rich and poor, its facts and their distortions, its genders and all other issues, is not up on any agenda for discussion.

The thing is that this is not politics.

There is a gang war going on blatantly, a fight for the supremacy of classes, and classes today are not defined by achievements, no, not castes either. They are defined by power derived from the cheating of wealth from tax payers, in collusion with some of critical corporate India.

Recently, riots were engineered with CD’s downloaded from You Tube which when distributed to the most sensitive emotion, fuelled passions of diverse religious cultures living in harmony for decades, and then violence drove one community to abandon its homes and find refuge in camps on the outskirts of the very city that they had inhabited for generations.

Muzaffar Nagar, in Uttar Pradesh is the name of the place, no longer a part of the discourse in such a painful period, when the homeless seek rehabilitation. Various ideologies stepped into the ring, milked the moment which a starving media swallowed, and left in search for the next such theatre of tragedy for the display of their concerns for the people of India, the suffering, dying and the homeless to be staged.

What is going on here? Now media dominates the story and is least bothered about whether the discerning viewer believes the story, or just consumes it for endless hours for want of better entertainment, and for fear of stepping out to the chaos outside its home to grab an elusive breath of fresh air.

Yes, the media knows that nobody cares a hang for its rant over every perspective that attempts at giving twist to its tireless tale. It was a Sunday yesterday, and every news anchor, otherwise on leave and replaced by less popular colleagues, was on the job for a change.

“Nitish Kumar! Well he could not have been behind the blasts to disturb the ‘Oh, so successful’ rally of the BJP or is it that he could he?”

“Congress…? No, way, but tell us, why would it not be in its interest to get the Muslims up in arms against the surge of support for Modi in Bihar? After all Darbhanga and various other places of Bihar give refuge to the Indian Mujahideen no?”

“BJP…? Wow! You have some imagination now! Why would the BJP jeopardize its own rally? Ah I see! Got it! You maybe, right! How else would it be able to prove that Nitish Kumar deliberately ignored security during such an important event, and is now backed by the Congress which is behind the mayhem because it is terrified of the popularity Modi is gaining day by day?”

Well, while the usual suspects on every media, a mix of politicians, lawyers and editors of their own estate, went on and on, who could have been bothered about social indicators, of poverty, of the landless and the labour, of farmers, of women and children and their unnecessary deaths due to disease?

How does it matter that we are on the brink of a catastrophe and may get wiped out if we do not respond to the emergencies of climate change? That Uttarakhand is still struggling to get back to its own?

Why should the discourse in Bihar, be about trafficking of which the state has now become a sort of hub? Why should education, roads, infrastructures and migration from Bihar be of any importance? This one is about Delhi, right?

Today, what happens in Timbuktoo is audible in Mizoram, so why shouldn’t what happens in Patna, be pertinent to New Delhi, where voters are in the process of making up or changing their minds, and an influence upon them would certainly serve its purpose as they go to poll?

This is the land of the Shehrzade’s. The Annointed! The land of the crowned prince and the chosen one! Who wins is not of consequence, as India is doomed either way.

India today, is more divided than it ever was historically. It is divided by goons as the pie diminishes, not by ideologies, geographies, nor demographic.

It is torn apart by constituencies etched in blood drawn from the veins of its anguished people. It is a nation fortified by walls between the rich and the poor, the disenfranchised and the empowered, the secularists who have destroyed political culture with the play of vote bank politics, and the fundamentalists who have turned their religions into the digitally empowered battle fields for war.