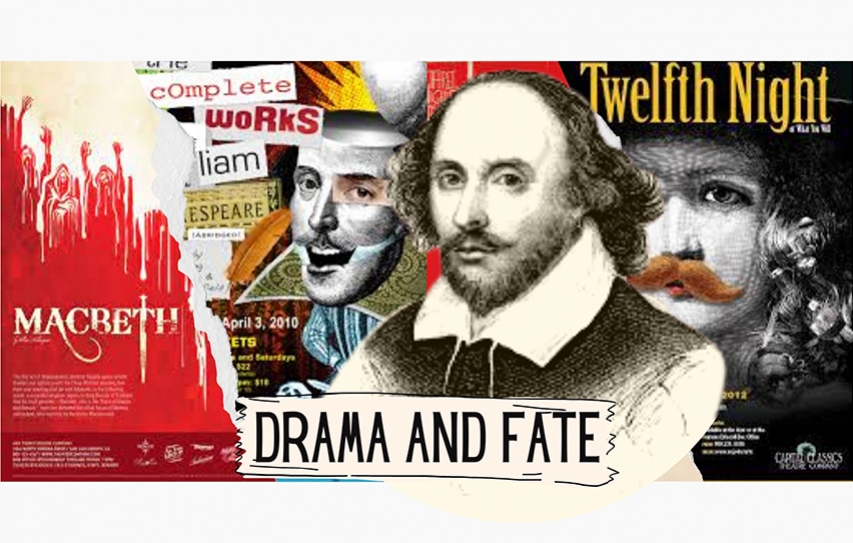 Neil Banerjee retrospects on the literature of Shakespeare on his 405th Death Anniversary and explores the relevance of the Bards characters and situations to the times today.

“Fair is foul, and foul is fair” in a world with a constantly deflecting moral compass; these lines from Macbeth sound prophetic and a precursor to a ruthless world that awaited humankind in the early seventeenth century. From the many stories of brotherhood and togetherness in these trying times the selfish stories of the current ruling dispensation and the ruthless posturing of its two leaders in the sinister greed for power just make the times look more dystopian. Little did the bard know that these lines written by him in a historical drama would find meaning numerous times in the future that followed, filled with rampant colonisation, world wars, climate change, medical warfare, and a constant battle over racial, religious and territorial supremacy.

The charm of Shakespeare’s works lies in their timelessness; the more they age, the more relevance and meaning they find. As the Bard said in Othello, “Good wine is a good familiar creature,” his plays too have aged to be tastier like wine. But they never intoxicate, instead, they break the illusions reality conjures up for you. They never show you the mirror, instead much like Caesar’s ambition and Brutus’s honor they follow you like your shadow until you switch the lights off and face your dark demons. 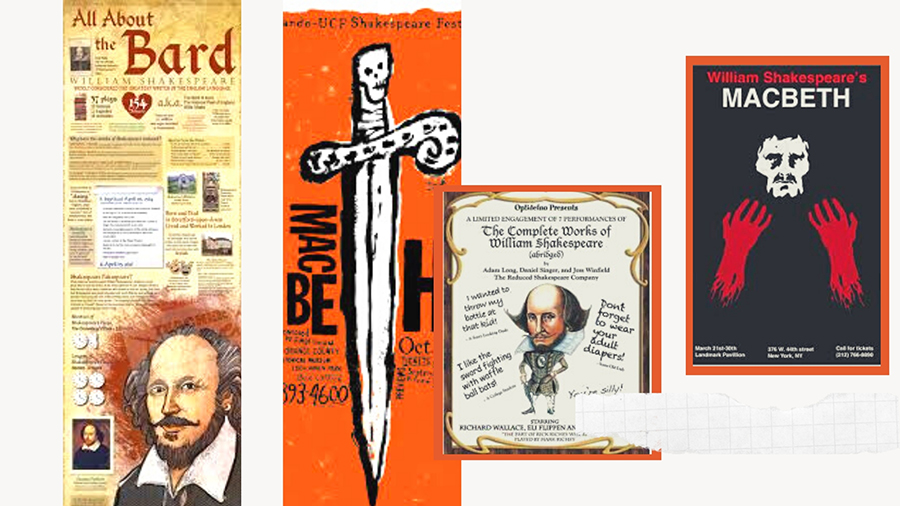 On the 405th anniversary of Shakespeare’s death, let us understand how the Bard has transcended all cultural barriers to enjoy a Dionysus-like-reverence from artists all over the world. Not just a transcultural figure, the genius of Shakespeare also lies in his form-agnostic appeal, making him the favourite subject of adaptations for poetry, drama, novels, movies, and countless allusions for storytellers. Whether in Bernardo Bertolucci’s fascist protagonist Clerici’s act of stabbing the Communist Professor Luca Quadri from behind in The Conformist or the envy in Ajay Devgn’s eyes in Omkara, the spellbinding effect they have on viewers makes them start rooting for William Shakespeare more than four centuries after his death.

Turns out that the element of drama in Shakespeare’s life played out in such a manner that ironically in the realm of conjecture, one often hears that he died on the day of his birth, which is April 23, three days before the recorded date of his baptism. Who knows, unlike in Macbeth “the instruments of darkness” might not “tell us truths“; all we know is that the face behind the characters that with unmatched heroism succumbed to shocking consequences of the mortals is sure to generate such stories around his persona and claim royalty for their stylistic inspiration. 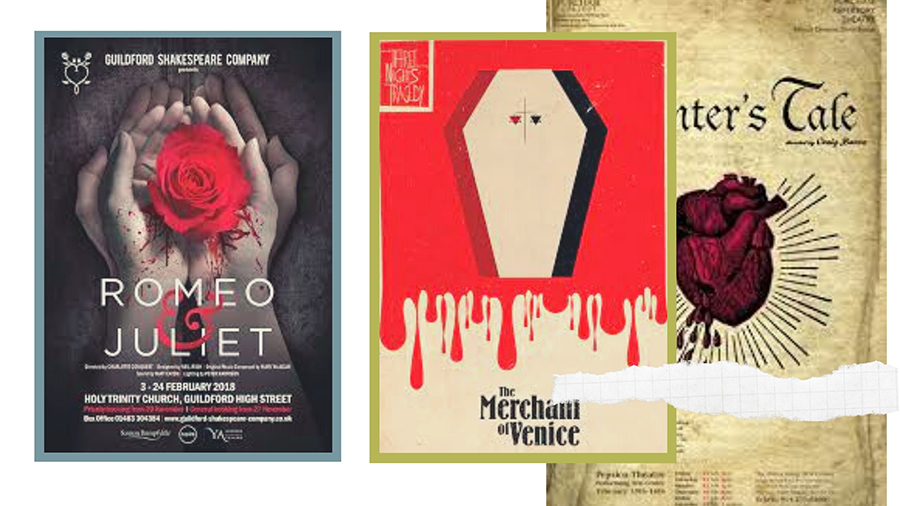 The beauty of storytelling is that the greater the tale becomes from its teller, the more immortalized the teller gets in popular memory. A phenomenon like Shakespeare is remembered not by how many times his plays are performed but by the number of storytellers from different backgrounds who find their voice in telling his stories. Shakespearean adaptations, therefore, are born organically out of local contexts and not by putting one’s craft to identify them in structured moments of epiphany (which are too superficial to be Shakesperean).

How does a love story suffering for the enmity between the Mathurs and the Chaturvedis draw a parallel to the hate between the Montagues and the Capulets; what in a Black South African avenging his father’s death during Apartheid takes you back to Hamlet; when do we start finding traits of resemblance between Richard III and the dictators of the world; where do we find dancing forests tracing from the ruthless ambition of Lady Macbeth are questions that we discover with the more temporal distance that we cover from Shakespeare’s death.

The might of Shakespeare lies in the expanse of human emotions and the types of people he captures through his characters. It is interesting how even Sir Toby in Twelfth Night can be extrapolated into making a new play. This just heightens how much exuberance of life Shakespeare’s plays have. 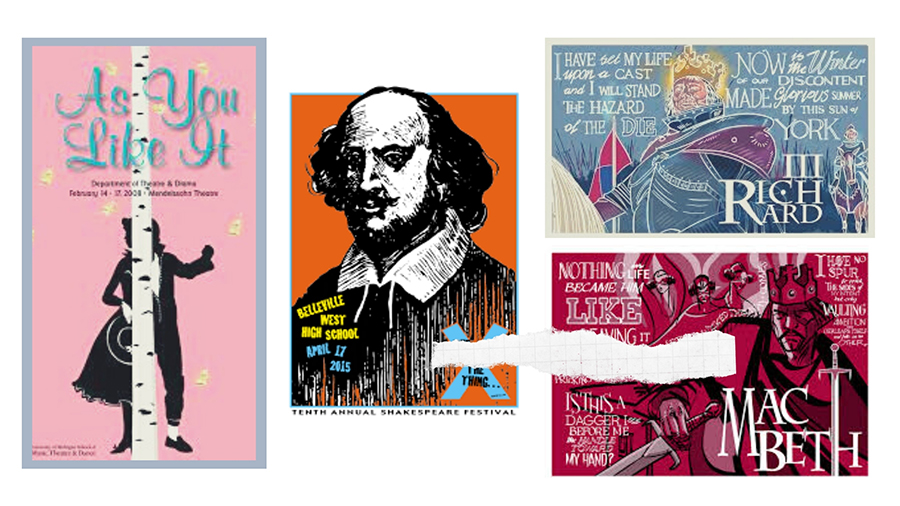 Where on the one hand his contemporary Christopher Marlowe would investigate themes like ambition and heresy in The Tragical History of the Life and Death of Doctor Faustus, the rawness in Macbeth’s murder of Duncan would touch many more hearts than the temptations of Mephistopheles ever will. Shakespeare’s works are no less cerebral, however, his magic allures the heart first and then makes the mind think.

While the literary canon preserves works of great playwrights in popular memory, Shakespeare’s appeal is not dependent on the canon. Shakespeare defies rigid distinctions of class, taste, and local idiosyncrasies. These trying times with the COVID-19 pandemic have unfolded in no less dramatic a manner than the Shakespearean universe. One can only be hopeful that just like the cyclical nature of life as put forth by him in “The Seven Ages Of Man” we shall pass this too and say with a sigh of relief, “all’s well that ends well.”