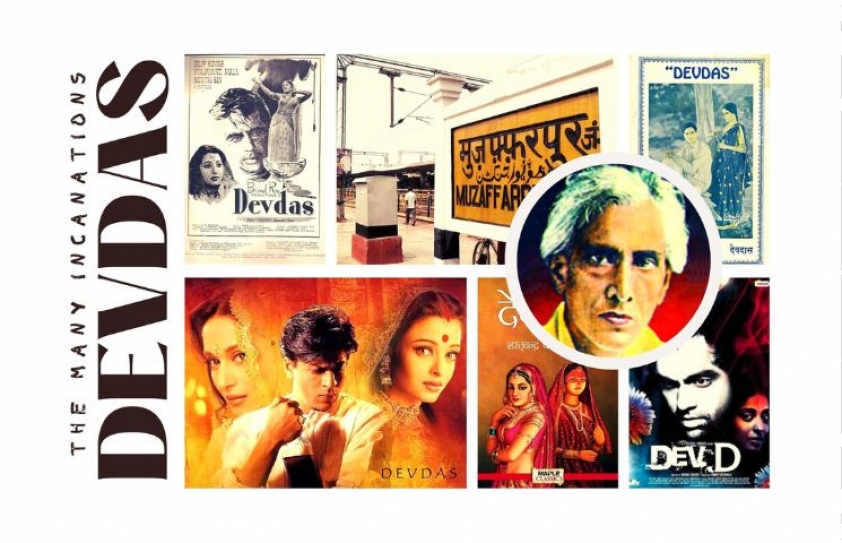 Aparajita Krishna visits Sarat Chandra Chattopadhyay’s Bengali novel published in 1917, but said to have been written in 1901, which has not only had a very long running shelf-life, but also a very large cinematic footprint.

DEVDAS continues to be a metaphor, an allegory for the agony of love and ecstasy. This is as much in India 2022, as it has been over the decades. It continues to be one of the most compelling stories in our part of the world. ‘Wo Devdas ho gaya hai!’, ‘Devdas matt bann yaar’ are part of the allegorical touch in daily life conversation. Ironically no one says, ‘Tu Paro matt bann’ or ‘Tu Chandramukhi hai kya?’

In literature and poetry self-destruction has lent itself to classic stories and characterizations. It is a pulsating, over-flowing fountain that thirsts and quenches the narrative and the reader. Sarat Chandra Chattopadhyay’s Bengali novel published in 1917, but said to have been written in 1901, has not only had a very long running shelf-life, but also a very large cinematic footprint.

The literary metaphor is ultimately more than just the story of a doomed lover in separation. It is the story of the cultural-social-India that the boy-youth-young adult Dev lived amid his life. It is an expose of the feudal times and most significantly of the placement of women in those times. Indian cinema has immortalized Devdas. A routine check on the net informs and puzzles one. There have been, supposedly, 20 versions of Devdas made and screened. Many versions are there to surf including the ones made in Bangladesh and in Pakistan. He was no doubt a sub-continental Hero.

In the legendary story lie the seeds of actual relationships. It is said that Devdas was the author himself. J N Sinha, associate professor of history at Rajdhani College, university of Delhi, had written an article, The Mortals Of Devdas, that got published in Frontline (Jan 9, 2015 - 01-06-2015). To quote him, “An actual relationship in the writer’s youth may have produced the protagonists of Devdas, but they are, in the end, a metaphor for the human-self stumbling through life.” 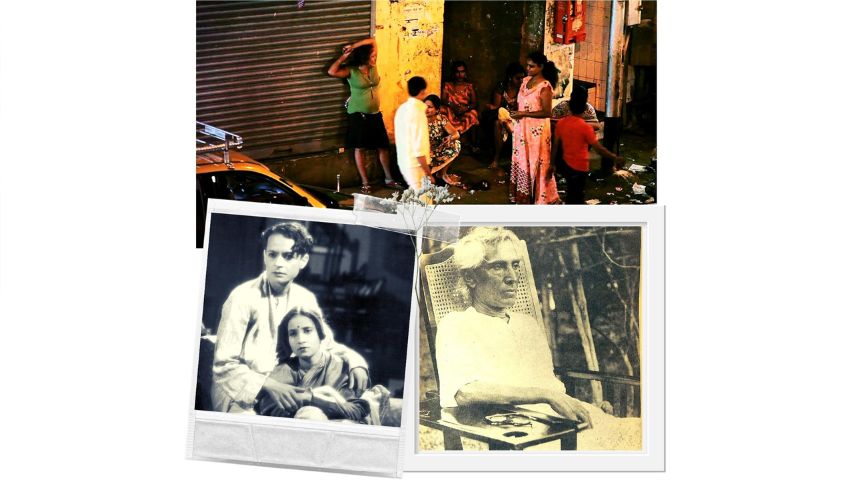 Most distantly, but even so, I am connected to the setting of the story. It is via my birthplace Muzaffarpur, in Bihar. The town’s folklore and J N Sinha’s account goes on to inform (paraphrased) that Parvati, affectionately called Paro, was Dheeru in real life (though there are other contenders too). Sarat Chandra met her at school in Bhagalpur. She was the sister of a childhood friend and classmate. She was lively and boisterous, but impulsive and haughty. Often the two quarrelled, but only to reunite again. Sarat Chandra’s family did not like their friendship as Dheeru belonged to a lower rank in the caste hierarchy. Yet, their friendship continued. Dheeru’s parents eventually came up with a matrimonial proposal, which Sarat Chandra’s family declined. This was both heart-breaking and humiliating for the haughty Dheeru. She could never forget it.

Soon, Dheeru was married in Muzaffarpur, another town of Bihar. It was now Sarat Chandra who was devastated. He became almost insane for a while and lived like an ascetic. Ultimately, he decided to meet her once again. He came to Muzaffarpur in 1901 and wandered around until he met her. Drunk at the time, he caught hold of her. She resisted and reminded him that there was no place for him in her life after her marriage. She complained to her husband, whose musclemen thrashed Sarat Chandra badly and left him near a pond, presuming him to be dead. The next morning a dancing girl named Punty recognised him and took him home to a red-light area called Chaturbhuj Sthan. She nursed him until he recovered. 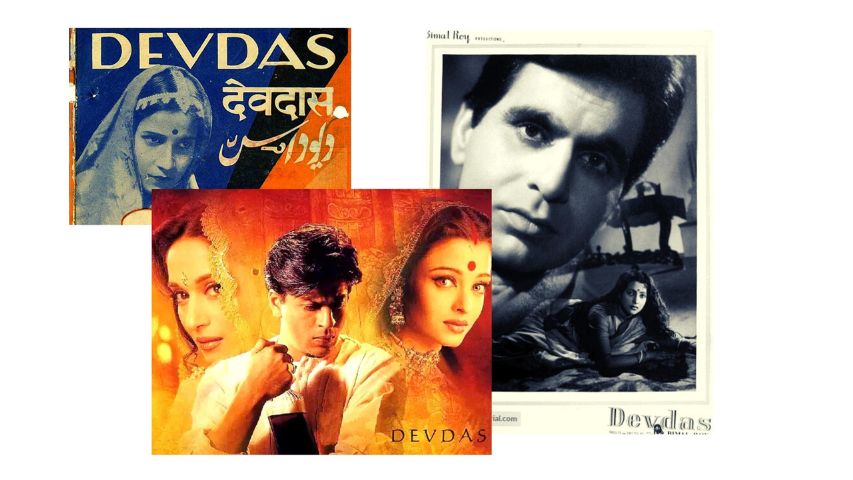 Back then Muzaffarpur was a throbbing cosmopolitan district town of immense political and cultural beat. There lived the elite Sahu family of Mahadev Sahu. It had many extended branches and a very significant presence. They belonged to the Vaishya community, a Bania caste originating from Magadha/Bihar. Sarat Chandra is said to have been a master storyteller and sang well. He got welcomed into Mahadev Sahu’s mehfil at home at Sahu Pokhar. Mahadev Sahu became Sarat Chandra’s mentor and cajoled him to come out of the emotional morass and enjoy the pleasures of life. Sarat Chandra surrendered to the temptation. His association with the sex-workers at Chaturbhuj Sthan, a noted ghetto loosely called the red-light area, is well documented. The socio-cultural setting and history of Muzaffarpur resonates in the writing of ‘Charitraheen’ and ‘Devdas’. It is Mahadev Sahu who is portrayed as Chunnilal in the novel Devdas. Many chapters of ‘Charitraheen’ also got written here. Chaturbhuj Sthan was famous both for its Umrao Jaans as also for its Chandramukhis.

Another version has it that Sarat Chandra had to return to Bhagalpur after his father’s death. He was an emotional wreck when a friend, Raju, took him to a courtesan called Kalidasi at Mansurganj in the town. Sarat Chandra was so mesmerised by her beauty and artistry that he started living with her. She loved him, too. Some people believe this happened in Muzaffarpur. Sarat Chandra started writing Devdas here and made her a character, Chandramukhi, in it. For him, she was an extension of Dheeru. It was a return of hope, however illusory.

Later after Sarat Chandra returned from Rangoon, he met Dheeru again, by sheer chance. Sadly, she was widowed by then, whereas he had become a noted literary figure. What transpired between them is not known. Sarat Chandra’s love for Dheeru had by then transformed into compassion for all women in distress. It is not known what happened to Dheeru afterwards. Separated from Sarat Chandra in life, Dheeru however, kept returning in his novels, which showed that he never could shake off his memories of her. Sarat Chandra died in 1938. 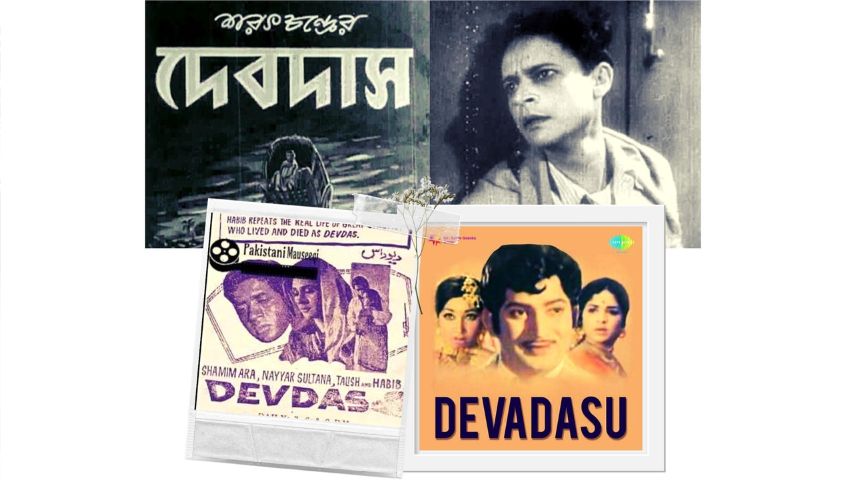 For the record, the first Devdas film made in India was the silent version of 1928. It was the first adaptation of the novel. It was directed by Naresh Mitra, who was also its cinematographer as well as actor in it. The first talkie Devdas was of the year 1935. It was a Bengali film directed by Pramathesh Barua. It starred Barua as Devdas, Jamuna Barua as Parvati and Chandrabati Devi as Chandramukhi. This was Barua’s first of three language versions. It was the 1936 Hindi version of Devdas directed by him, which had K L Saigal play Devdas, Jamuna Barua as Parvati and Rajkumari as Chandramukhi. The 1937 released Devdas was an Assamese film, again directed by Pramathesh Barua. In this version the songs were play-backed by Shamshad Begum and Bhupen Hazarika. Devadasu of 1953 was a Telugu/Tamil version directed by Vedantam Raghavaiah.

It is the 1955 Hindi version directed by Bimal Roy and starring Dilip Kumar as Devdas that remains a cult in the larger context. Its screenplay was written by Nabendu Ghosh and dialogues by Rajinder Singh Bedi. Suchitra Sen played Parvati and Vaijanthimala apprised Chandramukhi. This B&W film shot by Kamal Bose with music by S D Burman and lyrics by Sahir Ludhianvi emerges to be the most popular ancestor to the Devdas film family. Joy Bimal Roy had in reference to his father’s films told me, “It is difficult to be objective about his films, but I would say his Devdas is the one most true to the original. And Dilip Kumar's portrayal as the tortured young Devdas has got to be one of the very best of his career.”

Interestingly the 1965 version of Devdas was a ‘Pakistani drama movie’ directed by Khawaja Sarfaraz. Again in 1974 emerged on the Telegu screen, Devdasu. In 1979 came the Bengali film Devdas directed by Dilip Roy. It had a stellar cast of Soumitra Chatterjee (as Devdas), Sumitra Mukherjee (Parvati), Supriya Chaudhury (Chandramukhi), and Uttam Kumar (Chunnilal). In 1982 came Bangladesh cinema’s first Bengali version of the story and first time in colour. It was directed by Chashi Nazrul Islam. Runa Laila sang in it. In 1989 came the Malayalam film Devadas. It was directed by Crossbelt Mani. The 2002 version in Bengali was unsuccessful at the Box Office. 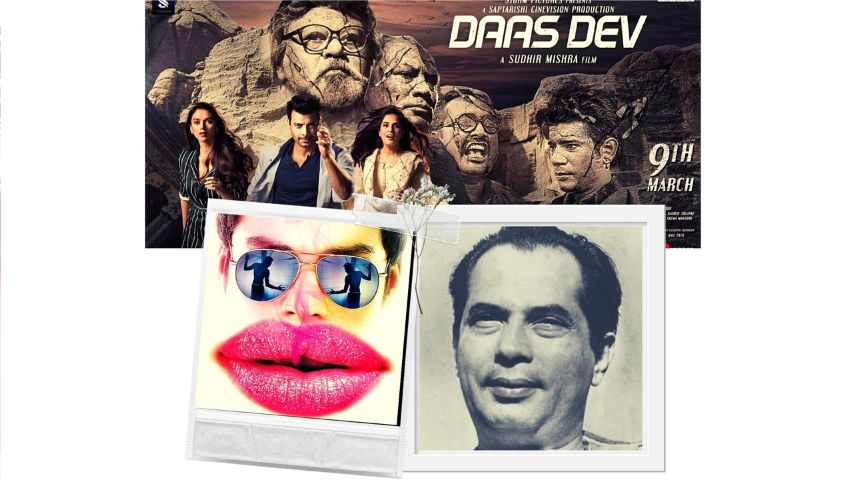 Devdas’ fate changed big time in the same year of 2002. He struck gold in his incarnation at the hands of director Sanjay Leela Bhansali. It got touted as the most expensive film made at that time and earned great revenue and many awards. This Devdas was an extravaganza personified. The director is quoted saying (on the internet) that he wanted to make his remake “bigger, better and more spectacular than any classical movie made in Indian cinema.” He explained that Devdas was a simple story with a soul that was so big, and if he was to do justice to it, it had to be made with grandeur and opulence.

The Devdas, Paro, Chandramukhi of this opulent version would not have recognized their earlier incarnations if they were to bump into each other. That apart, India 2002, which now lived extensively in NRI land and amid a burgeoning domestic market, bonded big time with SRK, Aishwarya Rai and Madhuri Dixit. Bimal Roy’s Devdas was economically and mounting-wise as real to the text as this one was distanced from it. As for Sanjay Leela Bhansali the filmmaker, I rather admire some version of Devdas in his Hum Dil De Chuke Sanam, than in his official remake of Devdas.

In 2009 came Anurag Kashyap’s Dev.D, publicized as a modern-day take on Sarat Chandra Chattopadhya’s classic story. It was set in contemporary Punjab and Delhi 2008-2009. It consciously went into updating the very contextual setting of the narrative. If one were to cast away puritanical gaze then one had to admit that this version was a very audacious original. But then, I could not quite see in any way or form a resemblance to the original text of Devdas. So, then why could it not have been an original itself and not plugged as a Devdas take-off?

Bangladesh’s cinema again visited her Devdas in 2013. It was the second Bangladesh version and the fifth Bengali version film of the story. Among the last of Devdas’ celluloid incarnations is Sudhir Mishra’s 2018 release, Daas Dev. Its publicity claims it to be a romantic political thriller loosely based on the original Devdas. Again, as with Anurag Kashyap’s Dev D this too has its merit, but more as an independent venture than construed as a Devdas re-visit.

Ultimately most Indian/Hindi film romances have a genetic connection with our forefather-lover Devdas. In Devdas’ DNA is embedded reincarnation. He shall rise again in the future…..?!