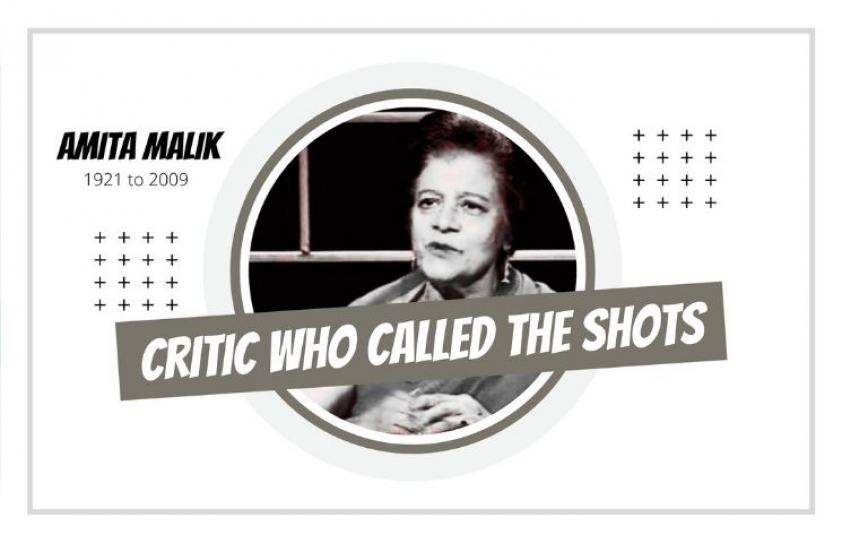 Khalid Mohamed remembers the super-feisty Amita Malik who was described by Time magazine as “the most prominent film and television critic”.

She’s one writer, critic, commentator, radio broadcaster and more, whom I remember as the ‘unafraid one’. And although over 13 years have elapsed since her passing away in a New Delhi hospital - on February 20, 2009 at the age of 88 - she’s been barely acknowledged as a pioneer. How could she, given the appallingly befuddled state of journalism today?

Hence, this extremely belated (my bad) fond throwback to the force of nature called Amita Malik. She, no doubt, is essentially remembered by the senior generation of readers and her surviving peers. Incidentally, I had offered an article on her to a Bombay-Hyderabad newspaper, but it was rejected, for reasons unfathomable to me. This despite the fact that she had been described by Time magazine as India's "most prominent film and television critic", was anointed the "first lady of Indian media" and "India's best known cinema commentator".

She began her career at All India Radio, Lucknow in 1944 and later wrote for many daily newspapers including The Statesman, The Times of India, The Indian Express and Pioneer. Bombay newspapers hadn’t reported the loss of Amita Malik sufficiently. I hadn’t chanced upon the report perhaps. So, it was just a chance turn of a page in a film trade magazine, a blurred black-and-white photograph, and there it was a news report that I had been dreading. Amita Malik, the all-time czarina of critics, had lost her lengthy battle with leukemia. 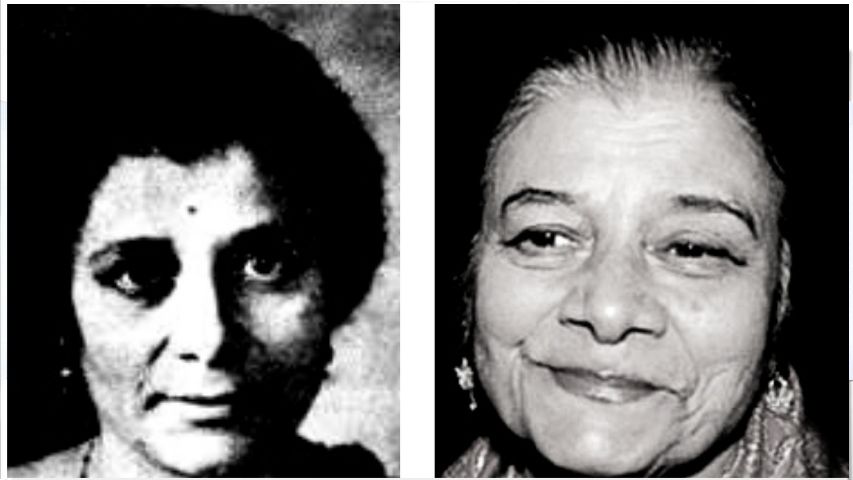 A gash of cherry red lipstick, thinning hair, lips modulating every word and sentence she spoke, that was Aunty Amy, as we journos of the latter-day generation called her. She was a character worthy of a novel, she imperiously pooh-poohing us gosling scribes away - especially if we dared to snag an interview before she could do with an American or European celebrity at the international film festivals of India, which were hosted in New Delhi’s Vigyan Bhavan and then at Siri Fort.

With her portable Remington, carried like a poodle in her arms, she would swan into the pressroom. Earrings dangling, she would serve herself home-brewed tea carried in a thermos. And she’d place a sign warning, “Woman at Work.” Interrupt if you dare.

Google discloses that there were salutes penned for the First Lady of Criticism. Uh-huh! But would she have been pleased with what has been written? I suspect she would have red-pencilled every paragraph (including this one, of course), she would have chuckled, tossing her chin up disdainfully north-by-north-west.

She never took a shine to me in the course of those festival meetings, restricted to “hello-how’re you” encounters of sheer politesse. The only humanoid she appeared to have mentored, if at all, was Sunil Sethi, then all over the corridors of the capital city, which mattered. Sethi was on the muster of India Today, the only news magazine that mattered back in the second-half of the 1970s. He couldn’t imitate her style because it was inimitable. Neither did he want to, he continues to write in his distinctive trenchant style.

Amita Malik’s finest writing, according to me, was in her TV review columns. Television meant only Doordarshan then. And did she take the pants and petticoats off the Mandi House mandarins. Plus, if a newsreader, so much as twitched or blinked, she would invoke the wrath of ‘Aunty Amy’.

She had the haughty demeanor of Dorothy Parker, she hit the right buttons, her vocabulary was vast as were her squelchers (evidenced majorly in her autobiography, No Holds Barred), her entry into every soiree that mattered would be trumpeted and feared. Aunty Amy could be, occasionally, generous with her praise though. She supported Satyajit Ray vehemently but could rip Mrinal Sen apart, as if to make a point that no one else compared to Manikda. 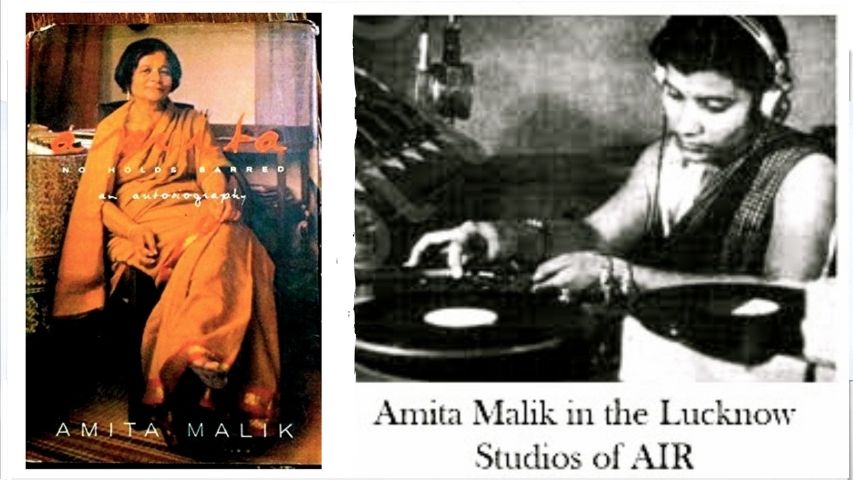 Image 2 If there was a Fearless Nadia of visual media criticism, it was she. It wouldn’t be accurate to compare her with Hollywood’s Pauline Kael. Amita Malik was more of a commentator when it came to cinema than a critic. More to the point, in television, she had no parallel. Even if her remarks became personal, it was to make a larger, general point. Being a settled, know-all Dilliwalli, she knew exactly whose palm was being greased to sanction which serial. How could she be ‘objective’ about this?

Aunty Amy would often expostulate on her interviews with Marlon Brando, Akira Kurosawa, Michelangelo Antonioni and Elia Kazan. How we marveled. And she would make it abundantly clear that no one else - fellow-patrakar Anees Jung included - had done Brando any justice in the printed word. She had so many stories up her winter coat sleeve, truly.

In retrospect, I regret not seeking out more stories from her - or from M Shamim and Bikram Singh, also maestros of criticism. Quite expectedly, these eminences were fiercely competitive with one another. Bringing them together on a table would have been a make-peace-not-war summit.

She could be quirky, even unreasonable. Circa, 1960 she had taken offence at foreign women wearing saris, stating, “If there is anything uglier than an Indian matron in bulging jeans, it’s a white woman, tall, angular and with straw color hair, wearing a Dacca sari. Foreign wives imagine they look beautiful in saris when they would look miles better in gingham”! 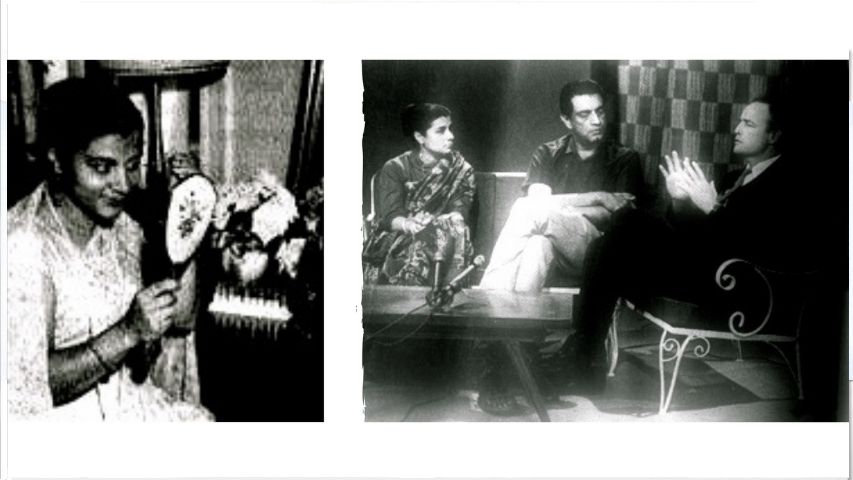 Be that as it may, she absolutely gave the critic a calling card. Critics were not to be trifled with. She brought stature to critics at a point when film journalists were being treated like an unequal gender in media circles. They were paid wafer-thin pay packets. She would insist on first class tickets if she flew to a film festival abroad, and would throw a major fit if the press were denied access to the glitterati. Be it during the Emergency or after, government ministers quaked in her presence.

She was married to government officer, Iqbal Malik, but divorced after five years, perhaps because her writing would frequently come in the way of his job. Yet she remained devoted to him right till his end. And she could be wickedly funny too; describing the stalwart Khushwant Singh as “the worst-dressed man” she has ever known. Not to be stymied, her target agreed with her unconditionally.

Most critics, who have attempted to imbibe her don’t-mess-with-me ethics, have an anecdote to relate about Amita Malik. My favorite one is located in a ritzy Bangalore hotel on a wintry January evening. She invited four or five journos to her deluxe room because she wanted to share her VSOP cognac. She announced that she had brought along a bottle. We assembled in her room. She talked, talked and talked, so did we, till the thirstiest one among us asked, “The cognac?”

Aunty Amy, with a flourish, unpacked a suitcase. After some serious rummaging, she held up the magic bottle. It was a micro-mini bottle, the kind you get gratis on flights. She measured out a tiny drop or two for each one of us, and raised her glass, smiling, “Cheers!”

Loudly, we went, “CHEERS!” And you know something? I hope somewhere up there, she reads this piece, and desists from her favorite facial expression, which could be translated as, “Get out of here kid, unless you want to be spanked.”