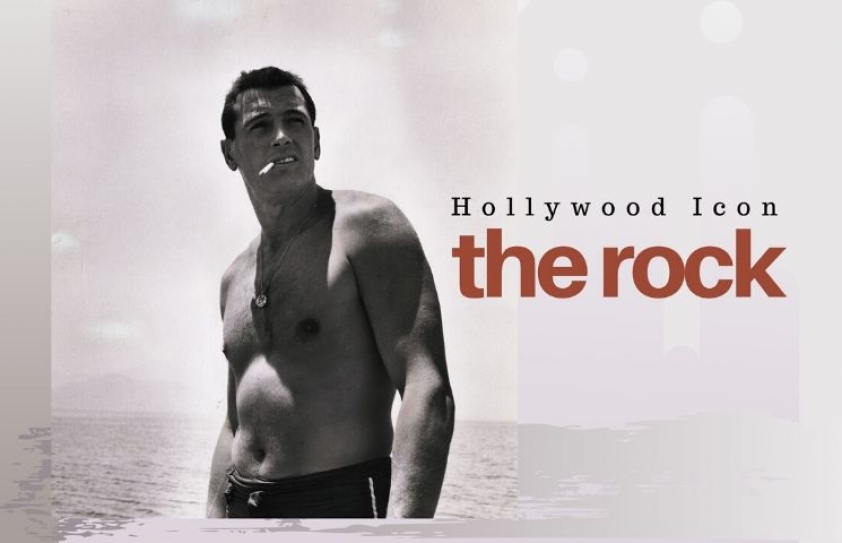 Khalid Mohamed reviews the Netflix mini-series, Hollywood, which in part attempts to depict the story of the iconic Rock Hudson’s struggle with same-gender sex.

It’s boom time for the Hollywood film factory during the late 1940s, soon after World War II. Oversexed studio bosses, struggling wannashine actors, a gas station fronting for a pick-up joint, gigolos serving ageing women as tall as their bouffants, designer restaurants where the mahogany table are decorated with a bunch of crimson carnations. These are just a scattering of the elements for a rewind to the most influential (not prolific) dream factory on the planet.

Created by Ryan Murphy, the original Netflix mini-series dropped on May 1. Uh-huh, so is this a cool-snack-for-thought watch during the lockdown? Yes, it could. After all, right away the technically-superb series is about to tell all: fire salvos against racial prejudice, against American black and Asian actors and scriptwriters, allude to great stars like Vivien Leigh being blindsided after Gone with the Wind, the fight for equality of women in the studio hierarchy, and above all discuss the proliferation of same-gender-sex powerbrokers and their toyboys hiding – not too discreetly-- in the closet. 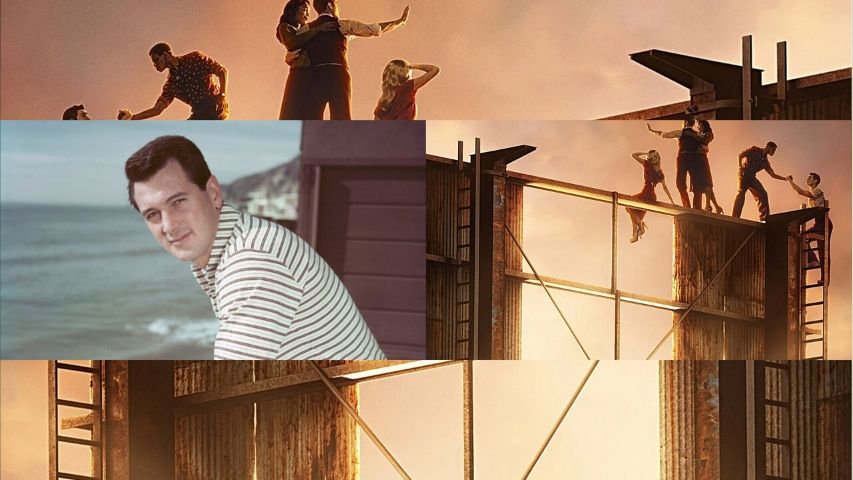 Quite glam and gutsy, I thought but wait,  please tell us something we don’t know already. I was about to switch back to a repeat viewing of Fauda or try an original unwatched Flix, when bingo, a name dropped, Rock Hudson. Hanging on to my remote control, I wondered if this is intended to be a biopic of the drop-dead-gorgeous actor who had the audience swooning over his lantern jaw, dimples, melting eyes and the  ramrod physique of Charles Atlas?

Via-avis Rock Hudson – I’m afraid nostalgia is unavoidable, which I point out because it’s now considered a derogatory word, signifying yearning, deep sighs and a return to one’s childhood. These in sum, some believe, add up to sheer romanticism.

Whatthefalooda, I don’t care. Subjective or not, we all have had a past relationship with the movies and its stars, and if some of us want to recall them with rose-tinted glasses, I or anyone has that licence to go re-gaga. Rock Hudson, James Dean, Cary Grant, Paul Newman, Troy Donahue and so many more exhorted us to see their movies and lap up interviews and tittle-tattle about them in Photoplay and Screen Stories. Ergo, why get stymied by the anti-precious memories squad? Go take a hike guys.

And there were Elizabeth Taylor (oh, those Cleopatra photographs), Marilyn Monroe, Ann-Marget, Pamela Tiffin and Yvette Mimieux (don’t know who they are, then just Google), Kim Novak, Grace Kelly, Sophia Loren and more. They were the beauties whom dreams are made of. And yes, Rock Hudson – not the greatest actor in the league of Marlon Brando -- but what a goodfella screen presence he was. If any of his films were rated for “Adults only”, hey a cluster of us schoolkids would try to sneak into the Regal, Metro or Eros in Mumbai, cosmeticised with eyebrow-pencilled moustaches besides carrying our elder brother’s or cousin’s school passing certificates to con the ushers that we were entitled. 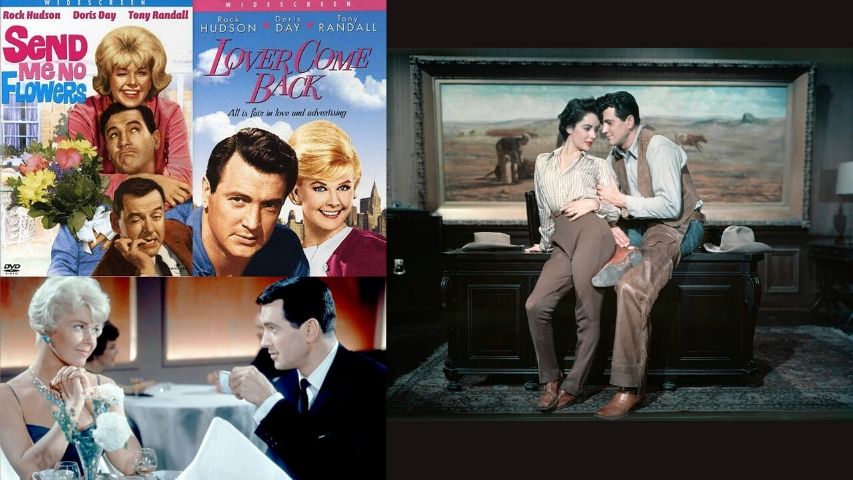 Back to Rock Hudson according to the Netflix series, which is a self-indulgent blend of some fact and plenty of fiction. Here he is portrayed by Jake Picking, who alas isn’t a patch on the original. How could anyone match the original Rock anyway. Cast in a supporting role, as one of the four aspirants desperate for a role in a mega-studio’s controversial project Meg, which would have a black debutante in the lead and would be scripted by a black writer, he’s made out to be an uncertain, nervous boy-man from Illinois. Evidently, he doesn’t quite have what it takes to become a movie star. Even his teeth need fixing by a bespoke dentist, the cost borne by his self-appointed agent, who resorts to satanic wiles to push his clients. Altering his birth-name from Roy Harold Scherer Jr to Rock (ideated by Rock of Gibraltar) and Hudson (from the Hudson River), the agent coerces him into a homosexual encounter.

Whether Rock agreed willingly to more such trysts with men in power is left ambiguous. Yet there’s no shying away from the truth. The charismatic actor remained gay for the rest of his life, although the fact remained a secret till he became the first known world celebrity to be diagnosed positive for HIV-Aids in 1985. Was I surprised, at the time? To be honest, yes. Till then his sexual preference had been Hollywood’s worst-kept secret. His formal marriage to his agent’s secretary, Phyllis Gates, had lasted all of three years (1955-’58). 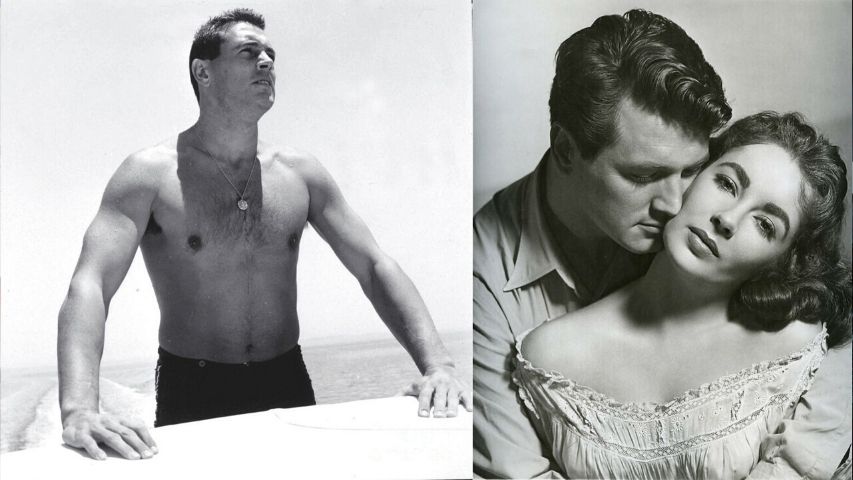 The series touches upon, or rather skims over his troubled childhood in  the state of Illinois. Hints are dropped that his father, a car mechanic abandoned his mother, a telephone operator. She remarried, the boy despised his step-dad and went on to do odd jobs as a newspaper delivery boy, a golf caddy and at one point, a truck driver. On enlisting in the Marine Corps, he was assigned a ground placement. Later he became a theatre usher, was attracted to acting but consistently flopped at the auditions. For a miniscule part in his first film Fighter Squadron (1948), he had to give as many as 38 takes to recite an innocuous line of dialogue. 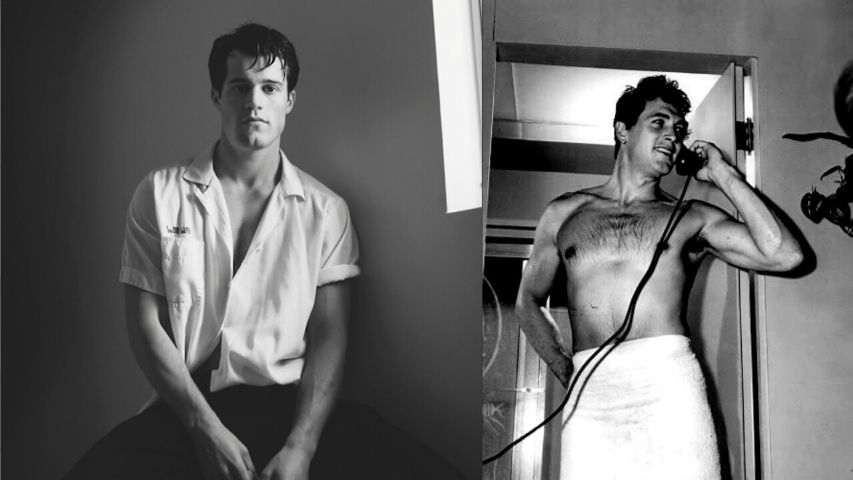 The actor’s backstory isn’t exactly spelt out legibly in Hollywood. Moreover, the series takes far too many dramatic licences, particularly in the cloyingly sweet finale, which wouldn’t be fair to disclose. Suffice it to say, the essence of Rock Hudson’t gay persona is conveyed but distorted to suit the script’s point and purpose – which is that the closet had started to come unhinged in the late 1940s. A fantasy that. Because it was only during the actor’s end-years, that the publicity mills could not repress the facts anymore. The so-called closet doors were flung wide open at long last.

Around 1990, a TV biopic, All That Heaven Allows, on the star focusing on his struggle with his homosexuality, didn’t make waves at all. It was based on the book by his ex-wife Phyllis Gates, and on the court records from the civil suit brought by one of his former male partners.

Still with all its merits and flaws, the mini-series Hollywood, at least offers you a side-glance at the actor who was compelled to lead a double life. The period art deco, costumes, the bantering dialogue are of the highest order. And so are the inspired performances by the entire fresh-faced ensemble cast. The celebrated Queen Latifah tosses up an impressive cameo. 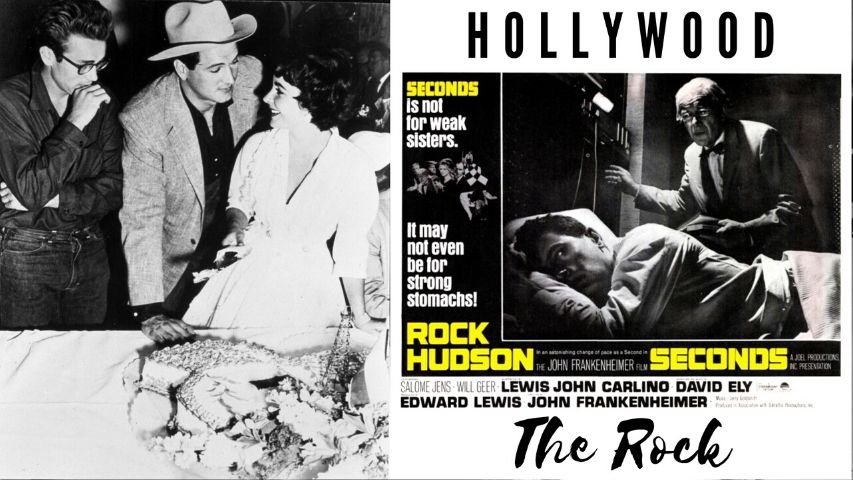 Announced as a mini-series, you wonder if Hollywood will entice a second season. Yes and no, since it has received mixed reviews and hasn’t been promoted extensively.

I for one eagerly anticipate the depiction of Rock Hudson’s chequered journey towards iconic stardom during the 1950s and ‘60s. He excelled in Magnificent Obsession, All That Heaven Allows (the TV biopic snagged its title from this one), Tarnished Angels, and The Giant for which he copped a Best Actor nomination. Followed bedroom comedies Pillow Talk, Send Me No Flowers and Lover Come Back with the impossibly squeaky clean Doris Day.

And among his estimable oeuvre of 70 films there was the experimental, black-and-white Seconds which remains underrated to this day. Inevitably, there had to be a descent when the actor shifted towards the medium of television with the long-running series McMullen and Wife and a pop-up in the trend-setting Dynasty.

To be sure, the excessively fabricated mini-series Hollywood is captivating. And you do crave for more. Rock Hudson’s story is a  brave and never-ending one, a historical account for the LGBQTI community.

Now, could such an endeavour ever be attempted in our Bollywood some day?