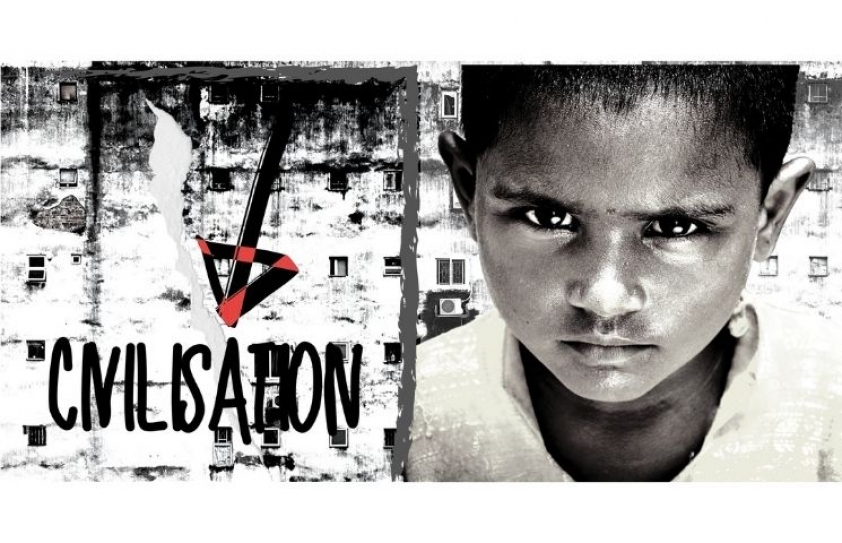 Vinta Nanda insists that we, the so-called civilized people, talk about poverty, violence and exclusion.

Let us talk about what it means to be born under the sky and be victim to a system that exploits. Let’s not fool ourselves and look at things with a haze between ourselves and the reality that stares at us in our face and let us be able to see clearly how savage the world is for those who don’t have the privileges that you and I enjoy - not even, for instance, a roof on their heads?

Now let us try and imagine what it must be like for a baby to be born to an inevitable future pre-destined for her and by the time she understands that she is a child, be witness to others around her who are, circumstantially, far more fortunate.

Let us look at the world through the lens of the blank and susceptible eyes of a five year old, a ten year old and a fifteen year old who didn’t get access, unlike us, and therefore remained decumbent to rain, scorching heat and biting cold without any hope for better. Let’s look at people relentlessly exploited as they watch their companions snuggle in embrace, wrapped in comfort for no reason but that they belong to another plan.

Yes, let us visit the violence that the excluded individual faces for no fault of hers, because her future, unlike ours, which is part of ‘the plan’, is left to fate. I don’t think most of us know what it means to be delivered unintentionally, to belong to statistics, a number ascribed to the columns of darkness.

Imagine taking birth in the fields where your mother is working to harvest food for people more privileged than you or on construction sites where miles of tarred roads are built for the advantaged to benefit infrastructure - their birthright. Imagine you’re cradled on a swing, with flies dancing on your face, one engineered from your mother’s scarf or father’s turban, tied between two trees while the two of them toil to feed themselves crumbs. Just imagine if the milk you were to suckle off your mother’s breast was not to come because she was not nourished enough.

Let’s not look away. Let’s stare at poverty and comprehend it – let us see what it does to human beings, to flesh and to the blood, which is not ours. Let us understand that it is violent, that life for the poor is as meaningless to them as their death is to us.

The value of what a person achieves with physical labor has dropped to the lowest and that of a person in smart offices and using powerful technology to design what the disadvantaged should do with their hands and bodies is at the highest premium today. Such is the world we have created by apathy and by taking privilege for granted. Knowledge is at huge cost today; labor is the cheapest commodity. 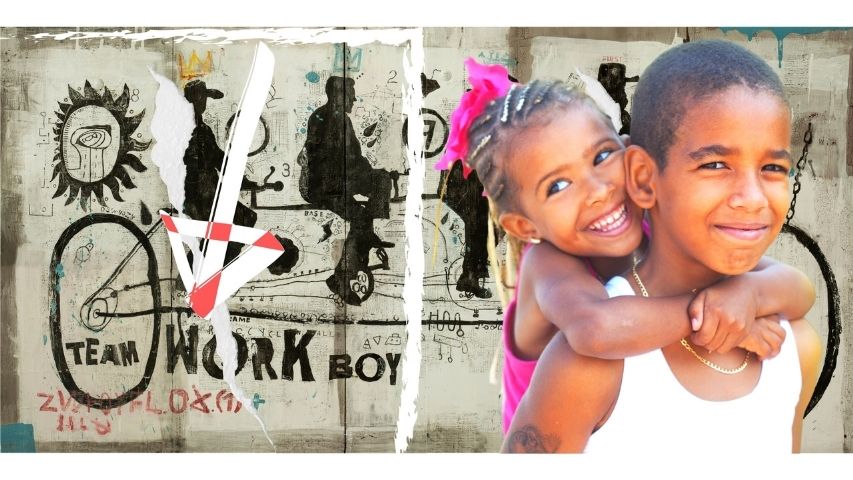 Just imagine what it’s like when you don’t know where your next meal will come from. Imagine when your child is barely five years old, she is feeding and looking after her second sibling when you are giving birth to the third, and so on, because you don’t know about contraception. Of what use is the knowledge we have that never reached you? No, don’t turn away because all this that I’m saying, is true. Think about what it may feel if you didn’t know the meaning of pregnancy, you don’t know what marriage is and you have no idea what is going on with your body at the time when an embryo is growing inside you.

Imagine out of fear you cover yourself to hide from your husband and his family what is happening to you and body because you are afraid – you imagine you have a disease? You fear that if you tell them your stomach is growing, they will abandon you. Imagine giving birth when you are asleep and letting the household wake up to your screaming. Imagine hearing your baby cry out for the first time; imagine that you didn’t know you were giving birth!

I met a girl, in a village in Uttar Pradesh, a couple of years ago. She had lived through this horror because she was married at the age of eleven and she didn’t know what was happening to her when she was pregnant for the first time, the second and the third. It was with the fourth pregnancy she realized her experience was biological activity. She was nineteen then. The children were hers but she didn’t know how they had come about. And then, she knew that her four children were the consequence of allowing her husband to enter her private parts - against-her-will of course.

This is called poverty. This is called force, injustice. This is also called oppression. And it is violent. And it is called apathy when we, the most civilized lot, don’t address it every single day of our lives for the rules of the game to be set right. It’s sexy to study poverty, it is interesting to know what goes on with the poorest, among them, how they cope, what they wear and the sociology of how they live and die. But how many of us hold our governments accountable for the misery faced by millions, enough to make them act or else leave?

How many of us question ourselves when we send our children to school? How many of us ask ourselves why every single child doesn’t have the same privileges that our children have been given? Do we think when we walk into state-of-art super-specialty hospitals for health services, why nobody poor is around? Do we hate ourselves for our silence, our ineptitude? Do we question and therefore guilt over our privileges, our comforts? 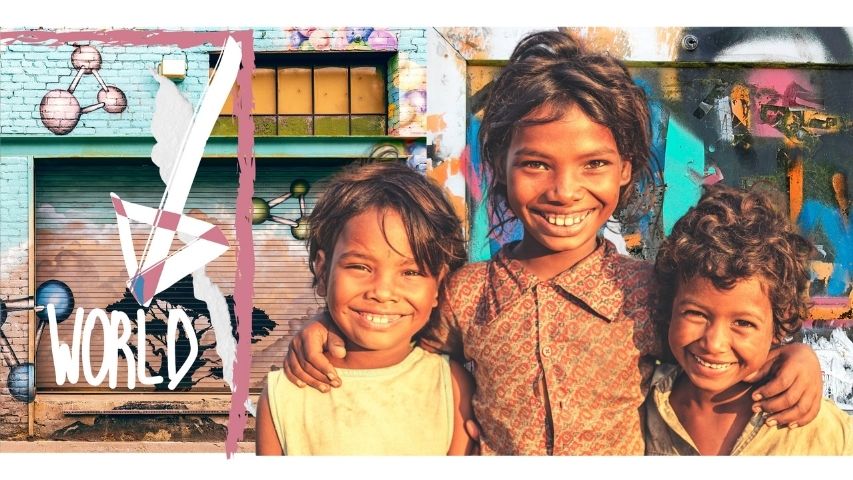 Imagine you’re the brother of a minor who fell in the way of a stray bullet in a politically disturbed part of the country. Imagine you wept aloud and accused the state for the loss of your loved one. Imagine you were booked for being a threat to the nation instead and you now run from pillar to post to save yourself from being arrested? Such things are happening everywhere in the world today. Just think of what it would be like if your home was in the way of a river raging threateningly because it’s source had cracked under the pressure of ecological disaster; the result of negligence of the administration, and you along with your loved one were the victims of that fury!

We have never had food drop on us from the air, have we - from helicopters hovering in the sky above our heads? We have never run towards it with our arms wide, along with swarms of others, to grab one package - just a package? We have never opened a package flung into our hands, to find it’s empty because everything it contained just flew when it gravitated to us.  Let’s look at poverty straight in the eye. If we, the so-called civilized people have the audacity to let this grow in compounding ways, then we must also have the courage to face it. It’s frightening, right?

While we are at it, let us also find out if children trafficked are given a choice - and if they’re given one, what would they choose between, say, staying home and starving with their families or going away with an evil uncle so that their parents and younger siblings could eat for a few weeks and survive?

Why are we allowing this to happen? What is the game being played around us, the one we are unable to stop? Why are countries at war – not people, but governments? Why are weapons manufactured and sold? Which is the economy they are feeding? Why are we enjoying privileges of which the cost is so high? Who wants to be superior and for what? Sooner more than later, we too shall die and be left six feet under or become ash like the rest of our ancestors. We will never know what is to come after us and what comes after that as well. So, why are we silent when governments that are supposed to protect us, bomb the weakest among us everywhere, and crush them in some insane war of supremacy, which we, the ordinary, so-called civilized people of the world, have nothing to do with?

Let us not look away this time. The money we are making, the wealth in our reserves and the savings are worthless. It’s nothing at all, unless we stop, take a pause, and wait for that part of the world behind us, in terms of evolution, to catch up with us. Until everyone is equal, all have access to the same privileges that we have and unless every child goes to a school similar to that, which our own children go to, until every mother is looked after the way our sisters are and until every single person has a roof on her head and food to eat.

No, allow not the resources and collective intentions of our world to be spent on advancing one section of the population and leaving the disadvantaged to their fate. No infrastructure, symbolism, ideology, religion, technology and no progress in science is worth it unless every single person on the planet gets his or her share of it.