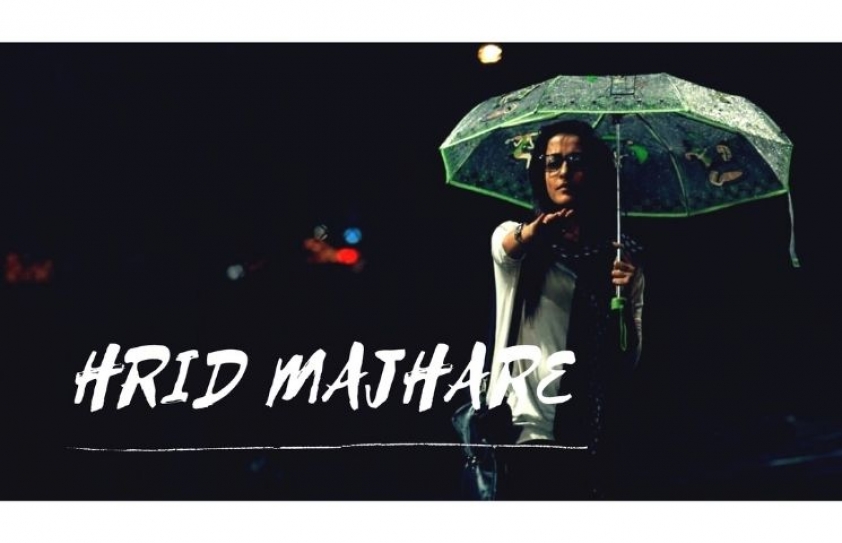 In the series on landmark Bengali films post 2000, Shantanu Ray Chaudhuri looks at Ranjan Ghosh’s adaptation of Shakespeare’s Othello, with Macbeth and Julius Caesar thrown in for good measure…

Filmmaker Rituparno Ghosh once said, ‘I grew up meeting Shakespeare on the streets of Kolkata. Theatre Road was renamed Shakespeare Sarani. Shakespeare is lodged permanently in Kolkata.’ Given the Bard’s tremendous influence on Bengali theatre and cultural life, it is rather perplexing that it was not until as late as 2014 that Bengali cinema had its first official and direct adaptation of a Shakespeare play. Of course, there was the Uttam Kumar-Bhanu Bandopadhyay starrer Bhranti Bilas in 1963. However, that film was based on a story of the same name by the great educationist and social reformer Vidyasagar, which had been adapted from The Comedy of Errors.

There was also the iconic sequence in Saptapadi (1961) with Uttam Kumar and Suchitra Sen enacting Othello and Desdemona, their voices dubbed by Utpal Dutt (who is reported to have directed the sequence too) and Jennifer Kendal. Filmmakers Aparna Sen and Rituparno Ghosh himself were influenced by ‘variations’ of King Lear in 36 Chowringhee Lane (1981), with its memorable last line ‘Pray do not mock me’ from Lear, and The Last Lear, respectively, but these were films made in English, not Bengali.

It took an intrepid thirty-one-year-old filmmaker, Ranjan Ghosh, astoundingly making his debut, to bring a full-fledged original Shakespeare play to Bengali cinema with Hrid Majhare (2014). And put it down to a debutant’s fearlessness and chutzpah, Ranjan incorporated elements from not one but as many as three plays by Shakespeare: Othello, Macbeth and Julius Caesar - with echoes of Hamlet thrown into the mix.

Othello here is Abhijeet Mukherjee (Abir Chatterjee), professor of mathematics at a Kolkata college, a man who swears by reason and logic, causality and design. For him even falling in love follows a pattern, the laws of attraction too not subject to any randomness. Till of course the chaos of reality hits him.

The film opens with Abhijeet at a restaurant with his crime journalist sister Molly and her beau. A soothsayer makes vague dire predictions about him, warning him ‘to beware of your heart’. Abhijeet is dismissive of this as so much mumbo-jumbo even as she responds, ‘There are more things in heaven and earth, Horatio, than are dreamt of in your philosophy.’

On a rain-soaked night, Abhijeet meets his Desdemona, Debjani (Raima Sen), a trainee heart surgeon (interestingly, their saga comes to a tragic end on another rain-drenched night). They fall in love but misfortune strikes in the shape of a student infatuated with Abhijeet who accuses him of inappropriate conduct. Abhijeet’s world comes apart and he is forced to quit his job. 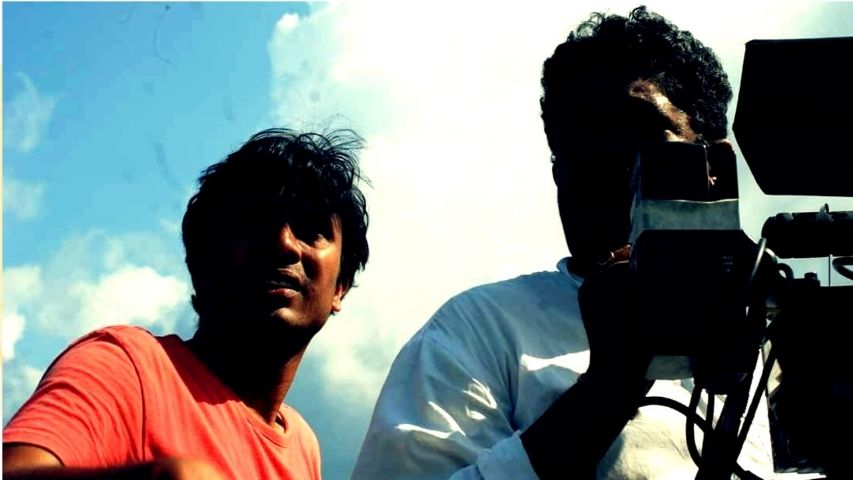 In a bid to make a fresh start, Debjani works out a residential arrangement as a junior sergeant in Port Blair. Thanks to her old friend Shubhra (Indrasish Roy), who runs an NGO for children there, they begin life afresh, with Abhijeet landing a job as a teacher. But the rot in Abhijeet’s mind has by now set in deep, and it is only a matter of time before a rational and scientific-minded man converts the soothsayer’s prediction into a self-fulfilling prophecy with terrible consequences.

There’s hardly a false step in this moody and elegiac excursion into the human mind. The director orchestrates each component of the film with a visual and rhythmic felicity remarkable for the fact that this is his debut outing. Of course towards this end he has creative artists like Sirsha Ray and Bodhaditya Banerjee at hand. Just consider the brilliance with which the former’s cinematography captures the sense of impending doom that the film exudes. We get this ominous feeling when Abhijeet first catches a glimpse of Debjani in the torrential rain on the streets of Kolkata - a sequence, masterfully shot and cut, that conveys both foreboding and unease, almost dreamlike, unreal.

Interestingly, the shift to the open spaces of Lakshadweep only accentuates this feeling of dread as Abhijeet’s mind closes in on him - consider, for example, the shots of the traffic signal blinking that, time and again, intrudes into the narrative. Heightening this is Mayookh Bhaumik’s masterful background score that pulsates with understated menace, interspersed with a mournful refrain that makes itself heard even in the few moments the characters have at a modicum of happiness. 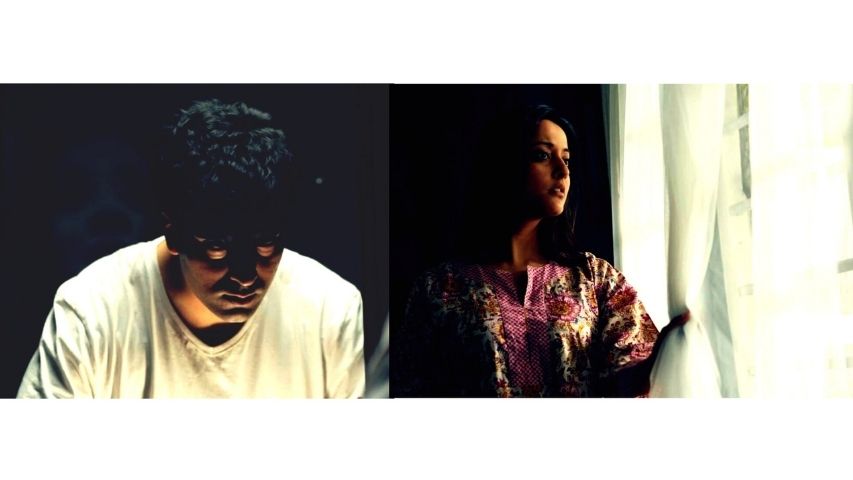 No account of Hrid Majhare will be complete without a mention of Abir Chatterjee and Raima Sen, who make an utterly charming couple and give the film its emotional heft. The foreknowledge of what lies in store for the characters they essay kind of accentuates the poignancy of their performances. The latter’s Desdemona is heartbreakingly pensive and fragile (just listen to her articulate the ‘evocative moist fragrance’ of her home or watch her silent reaction to Abhijeet ranting in the climactic confrontation till she explodes unable to take it any more) - this is a performance that literally had me wanting to reach out and comfort the character. And yet, this is a woman of substance, highlighted by her response to Abhijeet’s desperate proposal late in the film as she asks him: ‘Is this love or insecurity?’ And I wonder if any other actor in Bengali cinema has emoted as eloquently to the folk song ‘Hrid majhare rakhibo’.

Abir does not put a foot wrong. The inherent impulsiveness, the swagger and confidence, the slow descent into indecision and fatalism, the despair as he tries to reason with himself, pleading for one chance at sanity - the actor is at the top of his game right through. Helped in no small measure by Ranjan Ghosh’s writing, which gives Abir some of the best scenes of his career. Just contrast the episodes showing him interacting with his students in Kolkata vis-à-vis that in Port Blair where he comes across as a nervous wreck, all fidgety and testy, talking about the natural and the supernatural to the astonishment of his students. Or his reaction in a hugely effective scene where he watches flies trapped in a fly catcher conveying his troubled mind space (to eerie background music). And that phenomenal sequence at the restaurant where he confronts Shubhra and Debjani, alleging an affair between the two, a pivotal plot point. Very few actors get an opportunity to put across the kind of emotional arc the character spans and Abir makes every scene count. 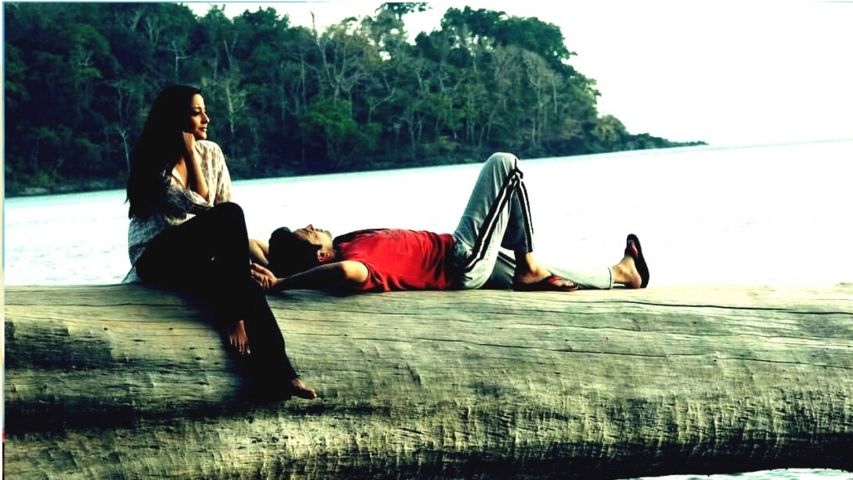 Among the other performances, mention needs to be made of Arun Mukherjee as Pagla Dashu, the mentally unsound old man stuck in a time warp who longs to return to his beloved Bengal and who repeatedly accosts Abhijeet. In another triumph of writing, Ranjan Ghosh uses the character to offer a fascinating insight to Abhijeet’s increasingly off-kilter world.

Like all great adaptations, Hrid Majhare wears the burden of its original lightly. In speaking of Vishal Bhardwaj’s take on Shakespeare in Hindi cinema, Gulzar had said that unless one points out that these were based on the Bard’s plays, there was no way of telling so from the narratives. That holds true of Hrid Majhare, too, playing out as it does almost entirely free of its moorings in Shakespeare, thus carving out an identity that is entirely Ranjan’s.

One of the startling creative decisions the filmmaker makes here is to keep Iago out of the equation. Othello without its Iago, did you say? Even Vishal Bhardwaj’s Omkara did not venture to do that. To the credit of Ranjan, he casts the ‘spirit’ of Iago in Othello himself. And as channelled by Abir Chatterjee in what is arguably his finest performance the decision pays off in spades. What this primarily does is liberate the narrative from extraneous influences. This is in keeping with the film’s main argument on the mind of man shaping his own destiny, as articulated in Paradise Lost, ‘The mind is its own place, and in itself can make a heaven of hell, a hell of heaven.’ It is Abhijeet’s mind, his capricious nature that seals his fate, and not having an external Iago provides an interiority to the character, fleshing out the narrative. 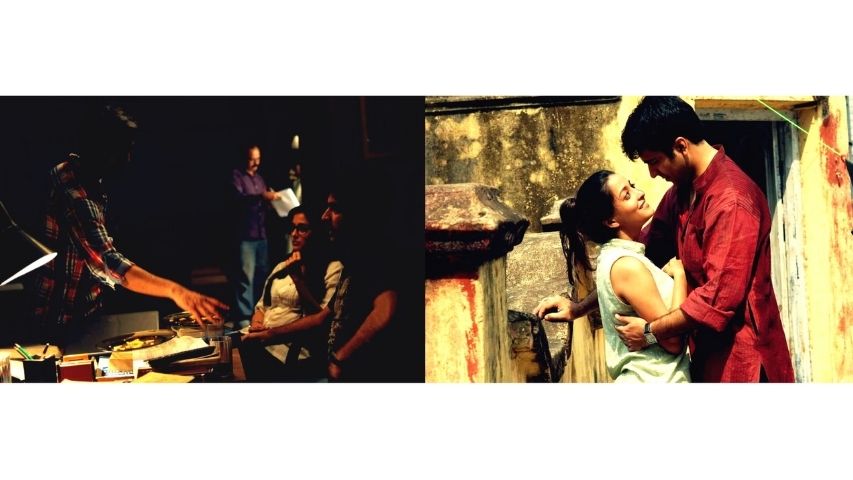 But by far the most audacious decision the filmmaker takes lies in its dual ending (shot in striking monochrome with only Debjani’s blood-red dupatta leaping out to catch the eye). This is not just leaving a film open-ended, one open to interpretations. This is actually providing the audience with two different endings and asking it to take away what it wants. Considering we have an audience that likes its endings cut and dried, it stands testimony to the director’s courage that he stood by what he had originally envisaged in the script when he was contemplating making it in Hindi. Helped in no small measure by Abir Chatterjee’s encouragement, the alternative ending elevates the film immeasurably, adding to the plangent pathos of the narrative. As a viewer, it left me with that most wistful of human responses: ‘If only…’

The critical success of Hrid Majhare led to a flurry of Shakespeare adaptations in Bengali. But none of these, including Aparna Sen’s Arshinagar (2015) - Romeo and Juliet), Srijit Mukherji’s Zulfiqar (2016) - a masala potpourri of Julius Caesar and Anthony and Cleopatra set in the Kolkata underworld and Anjan Dutt’s Hemanta (2016) - Hamlet, came anywhere near the brilliance of Ranjan Ghosh’s debut feature. The creative highs of Hrid Majhare offer a glimpse not only of the continuing relevance of Shakespeare but also the creative virtuosity of its maker who ensures that a 400-year-old tale feels contemporary and of this moment.