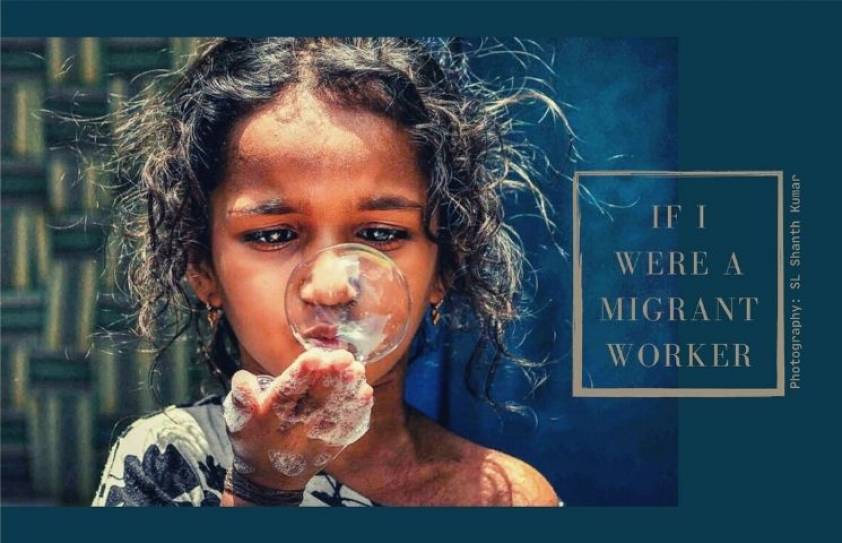 Vinta Nanda, inspired by a conversation with her friend K’ab, wonders how it would be if we were to be swapped with migrant workers?

Images of migrant workers and daily wageworkers who were walking in blistering heat under the sun and in the dead of night, along with their families and on meager resources, have dominated our COVID-19 experience in India.

Ironically it’s unfamiliar to us that these people walking home remained together in an unfathomably difficult and seemingly impossible journey - one that was obviously filled with unimaginable hardships.

Death, hunger, thirst, exhaustion, despair, defeat and god alone knows what else must have crossed their minds when no matter what the odds were against them, their silent determination was to make a success of a very frightening and ostensibly impossible journey. More conspicuous was how they walked side by side unbeknownst to them, bearing the onslaught of a catastrophe.

Irrespective of whether society rose to respond to their situation or not, the daily wageworkers moved together as a force and with determination to survive - the power of strength they shared with each other silently, was phenomenal. Rarely were they ever witnessed expressing fear or talking about the struggle, which they foresaw; all of them in thousands just walked - trudged for hundreds of miles.

One didn’t hear of migrant workers abandoning their families or for that matter their co-travellers as they took this risk, which eventually resulted in some of them losing their lives. Neither did we witness them express their hardship. You could see an unspoken bond between these multitudes – all of them, one single ocean of humanity.

They remained together, no matter what the odds stacked against them were and they saw to it that they reached their homes, which they had left once in search of livelihoods and with hope that they would be able to provide themselves and their families a better life.

Now let’s look at ourselves in juxtaposition to them, who were returning back to where they had come from with their dreams shattered. While they walked, we cribbed because we had a voice - to express our despair.

Experts swung into action on our behalf and discussed domestic violence, mental health, children’s education, talked about supply chains, which were greatly affected and because of which we had lost ease of access to groceries and essentials, fruit and vegetables – from farm to table? They also discussed our travel plans having been put in cold storage, our entertainment options reduced; and the list of things that had put our needs and routines in a crisis is endless.

Each time when images of migrant workers walking resiliently with their belongings and their children flung across their shoulders surfaced, them clambering over buses and trucks, paying with their life’s savings for a ride albeit only till the next border that intersected two Indian states – there was a drum of voices, of our own friends and colleagues, forming an inescapable surround sound, which were crying foul over the many inconveniences heaped upon them.

Moreover politics among India’s various political parties was deafening, cringe worthy and disgusting to say the least but we had the luxury to indulge in it. 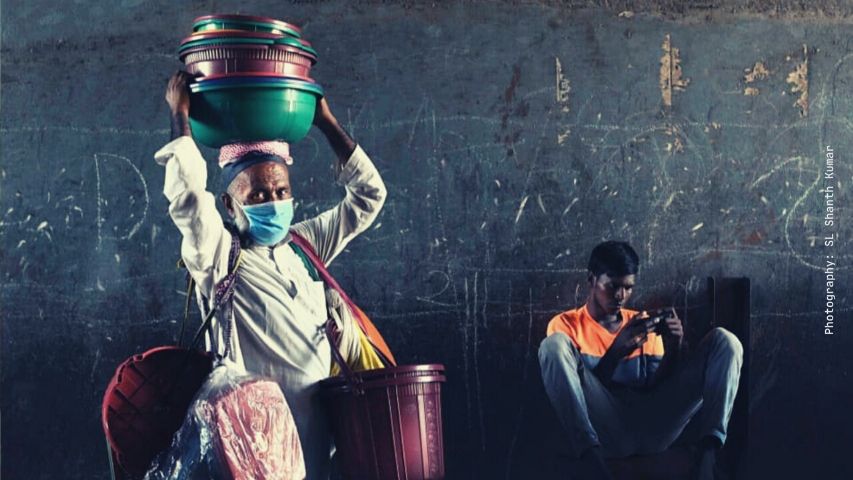 Unlike the migrant workers who walked hundreds of miles, we were in safe havens, connected to each other through text and social media, within the comfort of our respective communities, sharing our angst, recipes and our humor (sic!) as well as helping each other gain access to the things that we, as a matter of fact required for our own survival - these things included toilet paper, cold cuts, bread, butter, cheese, shampoo, coffee, cake, Netflix, Amazon Prime and so much more; also alcohol and smokes.

To be fair, it cannot be ignored that there were a few among us who rolled up their sleeves and got down to doing hard work. They provided support to the stranded and we cannot forget them.

These good souls who formed groups to help others – they collected funds, food and essentials, made packages as per individual and family needs and ensured that the gaunt, tired, thirsty, hungry, the penniless and at risk, the most overburdened were able to clutch hope. Hope was all that the needy had, which if they had for any reason lost a grip on, the tragedy would’ve been immeasurable.

However, I cannot help but admit that this thought did cross my mind: What if those among us, who are feeling claustrophobic, desperate, trapped and depressed, were to be swapped with the migrant workers?

I could clearly see the separation between the spoiled, privileged, and arrogant and shamelessly pampered lot and the disadvantaged. I could also see clearly that we, the entitled, have become pathetic voyeurs, now habituated to feasting on banquets of poverty, hardship, struggle and inconveniences of others.

Moreover, we indulge in unforgivable politics, debates and speech by which we self-aggrandize, maybe to atone the guilt of having gained distinction from the have-nots?

It is now ingrained in us to condemn self-centeredness – the vocabulary of the disadvantaged unfortunately doesn’t include these words – while not realizing that we’re intolerant and thoughtless ourselves. We punish as well as easily forgive those among us who are alcoholics, drug addicts and gamblers – those who put the lives of loved ones at risk by squandering their wealth.

It’s in these days, that we have also conveniently overlooked the unpardonable release of Manu Sharma, a wealthy politicians son, who murdered Jessica Lal twenty years ago by shooting her in the head at point blank range because the bar she was serving at was shut and she didn’t give him one last drink.

We question each other’s behaviors’ all the time, but never really address what is wrong with our own attitudes towards social justice. We are part of the problem and we don’t know it. We are a symptom of the malaise and we know that, but we ignore it. We forget the past, as recent as what might have happened yesterday, because we consume headlines in the same way cokeheads chase meth.

It is time we mirror our own truth and admit to our helplessness.

It is time for us to find the courage to see our scars and wounds along with all the warts because if we don’t do it now, it might just be too late for us to reverse this juggernaut, which is fueled by our own apathy and which is now, as is evident today, leading us to self-destruct. 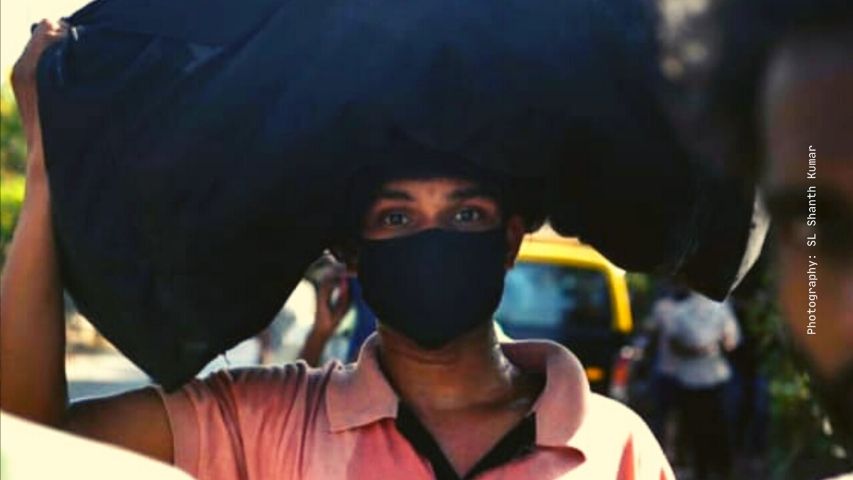 A visit to higher consciousness is necessary and realization that fear is akin to death; that human life is precious only if we respect ourselves, must come to us or else we’re doomed.

We are living in guilt, in chronic depression - we’re saddened at the way things are unfolding around us because of the greed of a handful of people.

History has chronicled many such times when kingdoms were built and when kingdoms were demolished, what the outcomes were when there was friendship and love among people and what they were when it was hatred expressed violently or for that matter silently; also when wealth was squandered by egotists and when resources were wisely protected. We all know well of the joy that kindness gives and the sorrow we feel when we witness cruelty.

If this, what we are living and experiencing today, is the world that the last fifty years of industrialization, information revolution and technology has served to us, then we need to revisit the drawing board and start again and from scratch. All the knowledge universities around the world provide and also inhale is worth nothing, if what we are experiencing today has happened to us.

What is a victory worth if destruction was the path adopted to achieve it? How will it benefit us or for that matter our children for whom we claim that we want to build a better world?

I look around myself at the boorishness of the rich and powerful and the absolute abjection of the poor by them and the only thing that comes to mind is - bankruptcy of good intentions.

How deplorably dodgy we are and how acutely dangerous we have become because of our silence as well as our complicity with the very people we condemn for perpetuating inequality!

The people we vote for and the people we work for are one, and we serve them therefore we’re enslaved to them; make no mistake. Therefore we’re afraid to speak when we witness injustice of any kind being enacted by them upon one of our own because we fear exclusion as a price we will be made to pay.

That the powerful and the wealthy are invincible is deception – a spin we have bought into and it is our greatest misfortune that we have allowed this lie to be abundantly marketed to us.