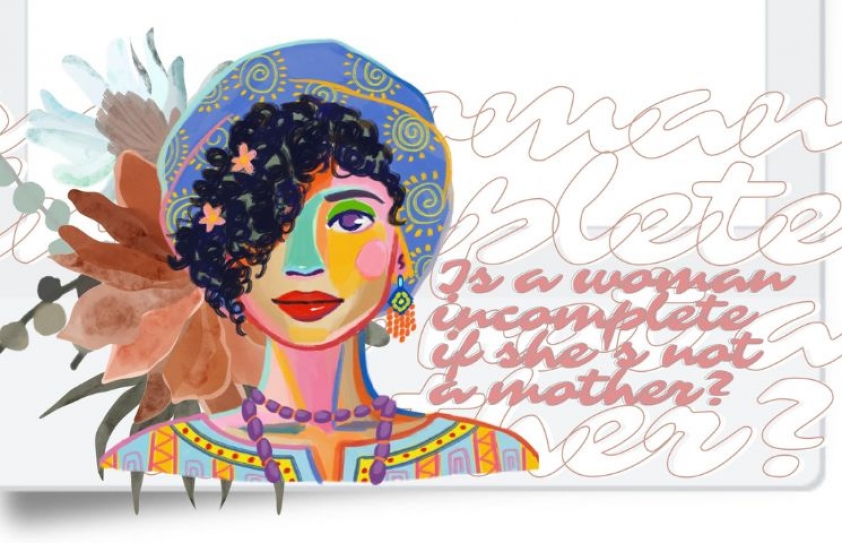 Monojit Lahiri unfolds a poignant real life story of how a student of his overcame society’s regressive gaze upon her because she could not bear children.

"Hello?" the voice was vaguely familiar, muted, hesitant, unsure. It was from a young acquaintance. He sure didn't sound too bright. The reason, as explained haltingly in a few minutes, was simple. He was calling from an infertility clinic. After three years of marriage "and nothing to show for it, sir" he had once confessed dryly “and pressure from both the families” he forced himself to take his wife for a check-up. The result was shattering. The invitro-fertilisation had failed. The jury was out. She could never be a mother. The young 27 years old, beautiful, educated (Brown University, Boston, USA) and accomplished wife of the shocked young man was inconsolable. No amount of assurance or kind words could help. "Sir, since she loves and respects you so much, could you perhaps," of course I would, but that's how it all began.

In all truth, it shook me up too and got me thinking. Was motherhood after all such a big deal even for modern, educated, sophisticated, evolved young women? What about the liberated, ground-breaking stuff that defines new-age woman-power constantly being bandied about in the media?

Wasn't this manic depression regressive, echoing her grandmom's times, beliefs, thinking and values? It's not as if she didn't want to embrace motherhood; it's just that she wanted it when she was ready. "She feels hugely guilty and responsible and wonders whether my folks will ever forgive her," my young friend added, hopelessly distraught.

Maya Tandon, yeah, that's what her name was. I remember her clearly. Bright, talented, intelligent, vivacious and fun, she was something else even then, a decade ago, when I first set my eyes on this young lady. Articulate and creative, she was exceedingly pretty too. She was easily one of my brightest students.

We spent hours discussing, apart from academic subjects, everything under the sun, including her dozens of 'lattu' admirers! Coming from a middle-class background (her father was in the Armed Forces) she was always grounded and rooted. Even at that tender age, despite her huge potential, she appeared realistic about life, amazingly mature.

Ambitious and confident she was, but with her feet firmly on terra firma. Expectedly, she emerged with flying colours, got a scholarship to go abroad, scored big there too, both academically and in the popularity polls! She received tons of invitations and offers to stay back but chose to return and join a blue-chip, Bangalore-based multi-national. It was here that she met her future husband, Rajeev Malhotra.

Although I couldn't attend her wedding, I did visit them a couple of times later and found them to be totally compatible and blissfully happy. I was delighted! Maya deserved the best and now, this.

Frankly, I was hardly equipped or qualified to give her any sort of (gyaan) advice. What would I say that would ease the poor child's grief? I spoke to close friends, psychologists and specialists who were into similar feminine concerns. They assured me that Mala was only one of the ballooning number of women afflicted with this problem. And cited some startling reasons.

The first and biggest was traditional and societal pressures. No matter how modern, educated, evolved, sophisticated, caste, creed, color or section of society, a woman's sacred duty it was decreed is to procreate; produce children. A 'barren' woman anywhere and everywhere remained bad news! This deadly pronouncement represented a death-blow to this hapless lot, investing them with a huge sense of inadequacy, a distinct complex, a feeling that she is not really a 'complete' being and therefore unfit to mingle in civilized society. This unjust, unfair, cruel and insensitive perception thrust on them, shockingly, came from many (so-called) progressive minds who clearly are meant to know better. This led to guilt about letting the family and in-laws down and from there, manic depression. 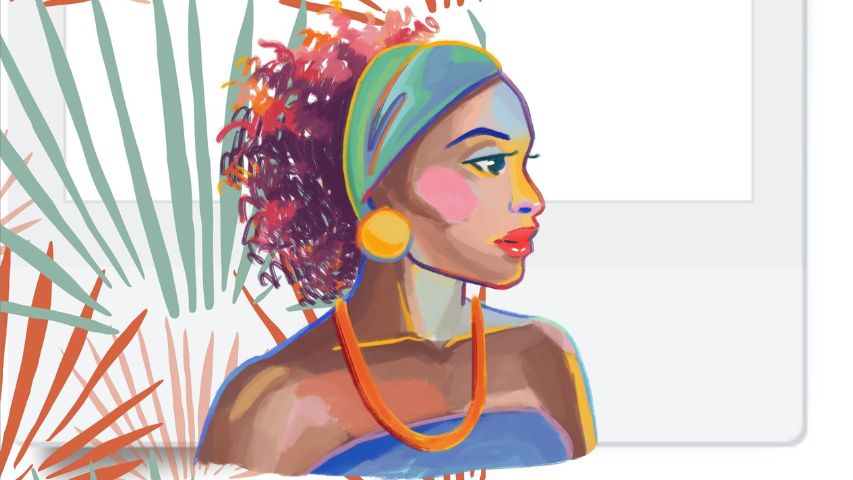 My god! Is that what poor Maya was in for? How did one sit down and try to console the distraught and crumpled soul that all was not lost and that the biggest enemies were dumb, moronic, ghisa-pita views, beliefs, mindsets and perspectives that needed to be confronted, head-on. Easier said than done. While I agonized on the ways and means I could offer my young ex-student some semblance of consolation through restoring her self-confidence, sense of self-worth and self-esteem, a providential phone call came along and transformed it all.

It was Aditi, my cousin. Very happily married and in her mid-forties, she was a very successful entrepreneur with an amazing sense of enterprise. And yes, she was childless too. Since we were very close, I confided in her and pleaded with her to help. She agreed instantly. I was there to see her magic at work.

Aditi is a strikingly good looking woman with great presence and personality. There is something warm and wonderful about her, which makes everyone who comes into contact with her like and trust her very soon. I remember how she suffered when she got to know that she would never be a mother. Also how, after a while with lots of help from her caring, devoted and supportive husband she picked herself up, re-invented her entire persona, re-scripted her life's screenplay and made sure it was a super-hit! When I introduced her to a nervous, fragile Maya, she flashed her best, warm smile, embraced her and said, "You are a very lovely young lady. The world belongs to you. The future is waiting. Remember life is for the living. Don't mourn the past. Celebrate the present and watch how life opens up. I am a living example. Trust me." That set the tone.

Slowly but surely, each day, Aditi gently probed deeper till she got Maya ready for catharsis! Like the surgeon's knife designed to cut and cure simultaneously, Aditi's no-holds barred sessions frightened, shocked, traumatised but relieved Maya. Memories, fears, guilt, insecurities they all came tumbling out as she confronted Aditi's accusation of her rejecting and fighting reality instead of accepting and looking for solutions.

Aditi expressed great disappointment at such an intelligent and educated young woman crumbling under the weight of taunts by people who shouldn't and didn't matter. "Who gave these stupid females the right to hurt you, not you? So why bother? These are self-inflicted wounds, arising from a silly complex emerging from a false sense of inadequacy. Why on earth should you consider yourself a failure or misfit? Sure, it is unfortunate, but c'mon there is life beyond kids, okay? See me, beta! Do I look like death warmed up?!" Aditi kept pushing, with love, tenderness, humour, compassion, long meaningful silence and firmness.

Slowly, but surely, the dark clouds seemed to pass and there indeed was light coming through! Maya appeared to emerge from the shadows. The first sign of this magical transformation came when I nervously asked whether she remembered those far away and long ago days in college. What an inane and silly question! She smiled weakly, but there was a hint of the vivacious girl I knew and loved so much. "As always, you are being awfully sweet, sir! You don't have to be so guarded and careful. Aditi maam has shown me the light. No, I can never conceive but I can adopt like Madonna and Angelina Jolie, hai naa?!" God, she sure was on the comeback trail! My precious ex-student and Rajeev's wonderful wife was finally back to the world of the living.

Aditi had quietly left, in the meanwhile. Her job was done. I blessed her in my heart a zillion times. I looked hard and long at Maya and as a parade of images flashed by (past and present) my eyes welled up for all the Mayas' inhabiting planet earth because in her, I saw the embodiment of a real, true, genuine and amazing complete woman.