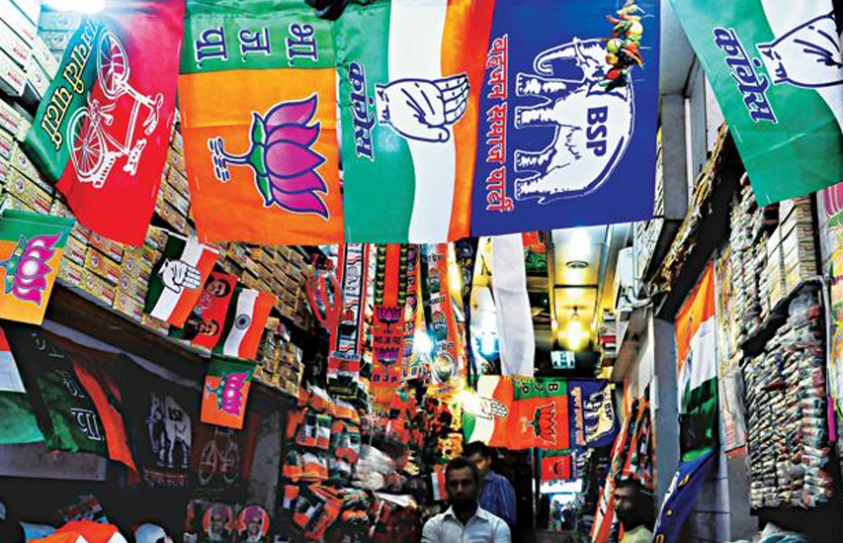 Is This Our Democracy?

While watching the show Satyamev Jayate hosted by Aamir Khan, running on Sunday mornings on Star Plus, last week, I began to feel faint.

Our acceptance of a flawed system that permits the worst candidates from our various cultures and societies to govern us is not only of our own dubious intent; but I also started to realize how difficult it is going to be for us to eradicate the practice from the precincts that command us because we are all coterie to the society that subscribes to the tradition?

I’m going to try to deconstruct the phenomenon and try to understand how it is that we the people of India got afflicted with such a malpractice that leads to nothing but destruction; despite the attempts of various groups of honest people across generations to have tried to saved us from our own evils.

It was the leadership among the oppressed; post our Independence that first emerged so as to protect those classes that our economy alienated and our judicial system neglected. Thereafter, when the collectives of people who came under the protection of those leaderships grew in numbers, they became vote banks and started to gain importance in commonality.

With rapid urbanization taking place over the last few decades, a cosmopolitan bearing spread in cities which began to disturb the local matrices of languages and cultures which in turn led to the uprising of ethnicities; that was towards the late eighties and early nineteen nineties, in all states of India when metropolises started to grow everywhere, inviting talents from across the length and breadth of the country.

Ethnic communities started to demand greater rights over the resources of their respective states,  and as populations exploded, it led to the formation of ghetto’s where immigrants in every state started to flock together as communities and started to practice their cultures, religions and ethnicities wherever they were.

This should have been a good thing like it is in the rest of the developed world, but instead, the leaderships of various communities now began to assert their power and threaten hierarchies of the original inhabitants of the various states they were in; and therefore every regional culture began to get possessive about its own seats in their respective legislative assemblies; as well as their own representations at the centre; it might be difficult to find a Bihari representative at the centre from Panjab; for instance.

While populations comprised a blend of different cultures everywhere in India; the representations at the state level and at the centre belonged to only the one which considered itself the true blood of the language and culture of each state; with an exception here and there.

This became the bedrock of a fractured foundation of ideologies on which the nation was constructed brick by broken brick during the phases of liberalization and globalization in the latter part of the last century; and people across India, struggled to co-exist amidst compulsions that commanded diverse needs; and unfortunately that is then what the most opportunistic political parties leveraged; they condemned differences for gaining favour through polarization, instead of creating an environment in which the very asymmetry could have been celebrated.

Now with less than 24 hours left for us to step into an election which will decide which ideology will govern our country for the next five years; I’m in a state of absolute confusion.

A huge country like India and its’ twenty nine states will go to ballot on the today, and by 16th May, 2014, about five weeks later, people belonging to one or various different political sects, ideologies, whims and fancies will be mindlessly discharged upon us to lead us.

While our development indexes remain way below sub normal, having to carry the baggage of the political terrorism unleashed upon the 1.2 billion people of India over ideologies that were always at cross purposes with each other in the last 66 years since our independence; it is but difficult to imagine how political parties funded by corporate India; funded in self interest well masked with a concern for the voters; will deliver towards eradicating disease, controlling ravage because of environmental policy deficit and climate change; ending illiteracy and apathy towards the basic services that should be provided to maintain the dignity of an average Indian.

Electricity, water, energy, gas, housing, shelter, jobs, infrastructure, health services, education, law enforcement, human rights and social justice; the list of deliverable is endless, and has been since thy kingdom come; but who is listening? Indians have been paying for all services and the people of India having been footing the bills of those employed to administration across all parameters through their hard work; but every penny contributed by the honest has been going either down the drain, or up in the pockets of those who are supported by us to govern us.

My simple question is; where is all this money coming from which is being spent on such huge campaigns on streets, in the air and across expensive media; that which are being carried out by the two largest political parties of India? If it is not being paid for then why is being handed over gratis?

While the people, the voters in particular are divided among ideologies; secular, communal and neither of the two; Congress, BJP and AAP respectively; why is nobody questioning their leaderships about how they intend to deliver at first the basics, and then the most important for growth output? A vote for change urgency cannot blind the polity into such a mammoth submission to a hugely flawed system which has systematically let us down for six and half decades? Neither can the plugging of a ‘vote for change’ campaign, or a sweeping doctrine implantation, brainwash a citizenry into a coma for it to allow anything to happen to itself, its communities, its towns, cities, villages and metropolises, and to the future of its children?

Than what is it?

Neither apathy, nor lack of interest; no! It is something else.

It is a sense of guilt felt by each and every voter of India, for having participated in either the pseudo secularism propagated by one politics; or in the ideology of communalism by another. It is the remorse felt by them for accepting dole upon dole; of reservation and other such, to minority communities which made individuals and communities flock together and partake in support for the various existing influences that they subscribed to.

Each and every Indian is culpable now, and a collective conscience leading to a sense of shame is compelling the people of India to turn away from the truth and settle for the compromise they are making with themselves.

Over the years, the two main political parties of India, the Congress and the BJP have created their bastions of vote shares through appeasement and have slowly poisoned the bloodstream of all the vote banks by inducing a common narcotic in the form of secularism, communalism, reservations or minority status’, which in turn have polarized people and divided them beyond classes and cultural diversities.

There is a Muslim as well as a Hindu who is secular. Then there is a Hindu and a Muslim who is at the receiving end of minority status’ and class divisions. Also there is a Muslim who is sectarian and a Hindu who is communal. There are Christians, Buddhists, Dalits and many other minorities and tribes too, who have surrendered to the lapse and shirked responsibility in one way or another.

Everyone is liable, and deep down in each and every heart, they know it.

This election now adds to the long list, two more divisions; women and youth. One is being promised empowerment with there still being no sight of even up to one third inclusion in decision making in the parliament; and the other is being promised jobs, growth and a honest government; in other words, the same thing.

Wherever democracy has succeeded, it is for one reason, and that is that the fight is between two ideologies only; between the liberals and the conservatives; the healthy opposition of two beliefs that keeps the checks and balances in place and enables a polity to sustain itself without tilting too far on either side.

While the Indian National Congress stands for what seems as liberal values, the BJP supports the conservative. But in reality, with INC’s desire to snatch the extreme sentiment through the Muslim vote bank and the banks of votes of their other coalition partners divided in demographic by their respective classes; and BJP’s desperation to be seen as a liberal front to appease the huge vote bank of women and youth, there is utter confusion; because deep down in their hearts as well, their stands on Section 377 and the Sindoor (red powder) in the parting of the hair of the women branded and representing them on television and other media; reveals their true identity, but who cares?

If the two political parties are disgraceful, so are we equally, serious offenders; therefore don’t we deserve this?