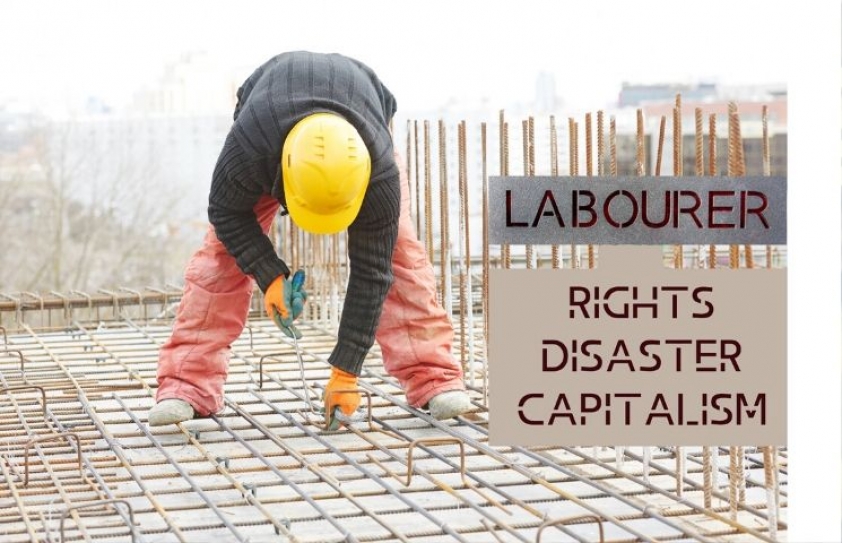 The global pandemic crisis gripping the world currently has claimed over a quarter of a million lives. It has decimated livelihoods and incomes across the world, write Alok Jagdhari and co-author Mohan Rangarajan Kumaramangalam

While the global response has been an order of magnitude superior to the response to either the Spanish Flu 102 years ago or the 1929 Depression, it has also resulted in a text book “Disaster Capitalism” kind of response from a string of governments across the world, most notably the Trump Administration and the Government of Prime Minister Modi and states in India ruled by his political party.

The latest Pavlovian response of BJP governments in Madhya Pradesh (MP) and Uttar Pradesh (UP) is to curb hard fought labor rights won over last century. In the guise of pandemic response, these governments are dismantling protections afforded to workers with a precision that would delight Naomi Klein. They are setting about implementing an agenda that’s long been their promise to their largest donors – weakening the protections afforded to the weakest sections of society.

It is time for all of us who value liberal democracy, free markets, and globalization to stand up and challenge this greed to dismantle these protections. If we do not rise up to this challenge, we will set in motion a movement that would view liberalism and free markets as an enemy of the working people, fairness and social justice. 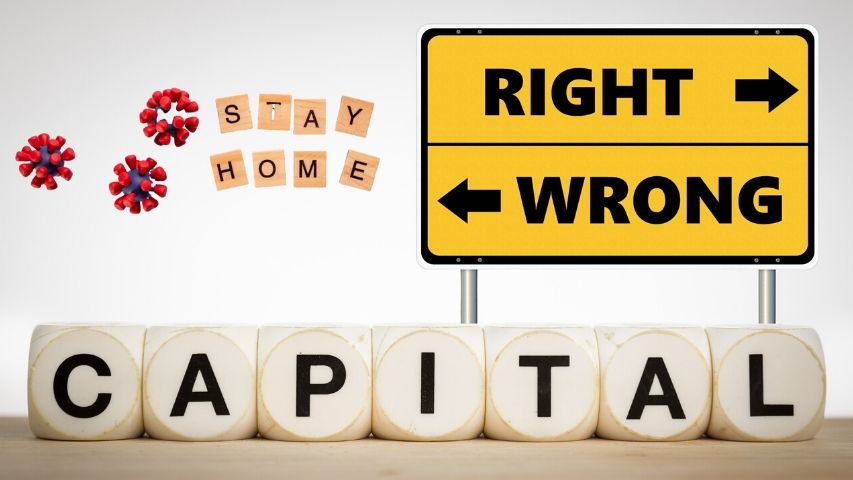 The move in India isn’t an isolated case, but an example of Right Wing parties taking advantage of the pandemic to push through their agenda across the world. Be it the Trump administration rolling back environmental protection, Philippines rolling back freedom of press, Viktor Orban starting a rule-by-decree etc., they all tie into the same strain of reversion to a Malthusian Society.

There is no empirical evidence that organized labour hampers industry, industrial growth or industrialization. On the contrary, the evidence points to robust industrial strength in nations that afford strong protection for their labor force. Germany is an excellent example of the labor unions working with the government to achieve a robust and sustainable industrial sector vs. USA, which has diluted the labour rights and seen bulk of its manufacturing shut down. Germany's automobile industry is a world leader, while Detroit is now a pale shadow of its greatness in the 1970s when the labour movement was robust.

The biggest challenge for Indian economy in the last 5 years has been a lack of demand in the economy. By trying to weaken the protections afforded to a segment of the workforce, the government is shooting itself in the foot by further weakening the faith of these workers in their future.

The move to weaken labour laws in these 2 states is highly unlikely to spur long-term investment in the manufacturing sector. FDI doesn’t look at piecemeal appeasement when making long-term investment decisions. It looks at a comprehensive set of rules and regulations, infrastructure, robust and rising domestic demand and potential for exports before making such decisions. With local economy falling into an abyss, the government playing havoc with rule of law by bringing arbitrary tax demands with retrospective effect, with government offering no protection or fiscal impetus to already existing industry and with the shrill nationalistic and anti-western/anti-trade rhetoric of the ruling BJP and its allied organizations, a sacrifice of labour rights and cheap land is unlikely to induce confidence in the economic environment. The fact remains that there is no local demand and the export industry has been in the ICU for the last 5 years.

The biggest challenge the world is facing today is the rising income and wealth disparity. While the rest of the world is thinking of ways to reduce this disparity by boosting the return to labour and granting them better protection and safety net, India is making a huge mistake by weakening the protections even further.

Both the authors favor free markets and liberal economic order but we don't believe in short term greed. We believe in an equitable form of capitalism that's fair, transparent, humane and that brings social justice. Using a pandemic to abrogate the rights of workers without affording them any unemployment benefits (like the EU and what the US provides) is the classic definition of Disaster Capitalism laid out by Naomi Klein.

If the Indian government is serious about labour “reforms”, then these shouldn’t simply translate into robbing the labour force of its rights and protections but instead come with a comprehensive package of a social safety net, unemployment benefits, retraining and continuing education and measures that would reduce income and wealth inequity drastically. The labour force shouldn’t be the sacrificial lamb in the name of “reforms”. The future of this nation can’t be built on the back of the corpse of labour rights.