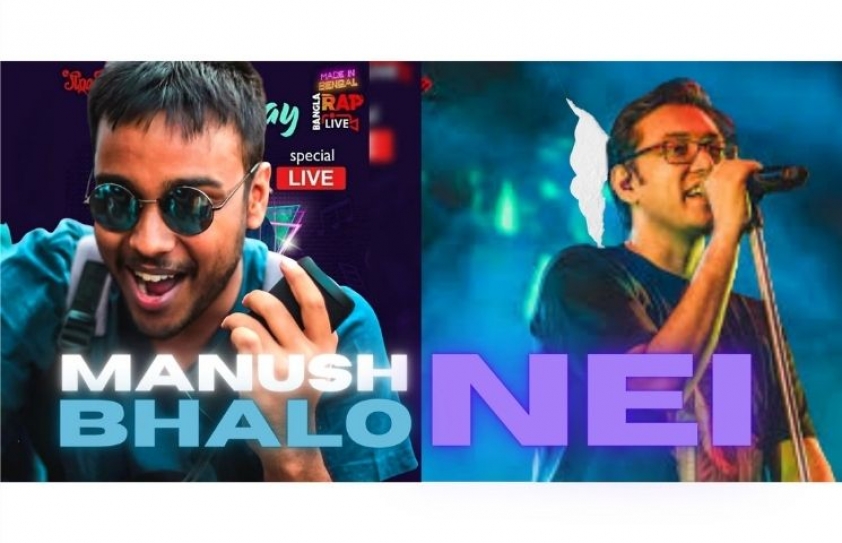 Manush bhalo nei - one would expect any song with a title like that (loosely translating to ‘all’s not well with mankind’) to be a mournful ballad addressing the plight of man in the wake of the pandemic, which shows no sign of relenting. Right? Wrong. Not if you are Anupam Roy. Demonstrating his creative skills, the star composer, singer and lyricist, arguably the biggest name in the Bengali music industry, both film and non-film, gives a delectable spin to our experience of dealing with the virus with a song that both provides a welcome break from the despair and despondency that has been our lot for the past year and makes you pause to think with its lyrics.

The song begins with a wonderfully observed line - oshudher dokaner samne line, manush bhalo nei (people queuing up at the pharmacy, all’s not well with man) - and goes on to eloquently convey the unrelenting nature of the pandemic: ae bhabei katchhe din, ae bhabei katchhe masher por maash (this is how the days and months pan out). But what offsets the melancholic note of the words is the song’s peppy and upbeat rhythm and a video that’s guaranteed to bring a smile (a man reading Marx and Engels’s Communist Manifesto paying obeisance at the temple, the book in his hand!). 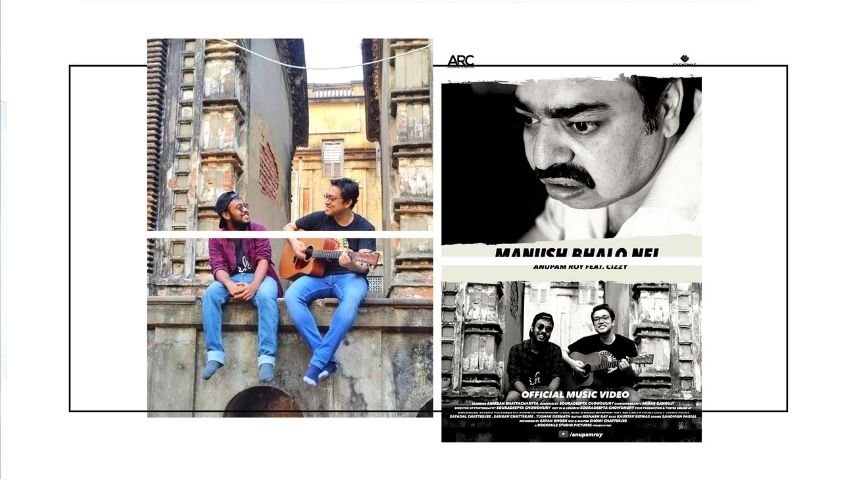 Speaking about the genesis of the song and the creative decision behind the song’s buoyant beat, Anupam Roy says, “It’s been over a year that all of us have been bound indoors. The whole world is fighting a nightmare like never before. And every time we think the situation is improving, it gets worse. No one, irrespective of race, religion, profession, age, has been spared the after-effects. So, that is where the song began - mankind is under siege. At the same time, I did not want to underline the dismal scenario, which is apparent to us all. Unlike a love song that speaks of soulful solitude or the pain of separation, I wrote the song as a satire. I think the rhythm accentuates that. I conceived it in the punk rock zone that incorporated in it a social critique. The words are hard-hitting and the music needed to complement that to convey the message, drive home the point”. 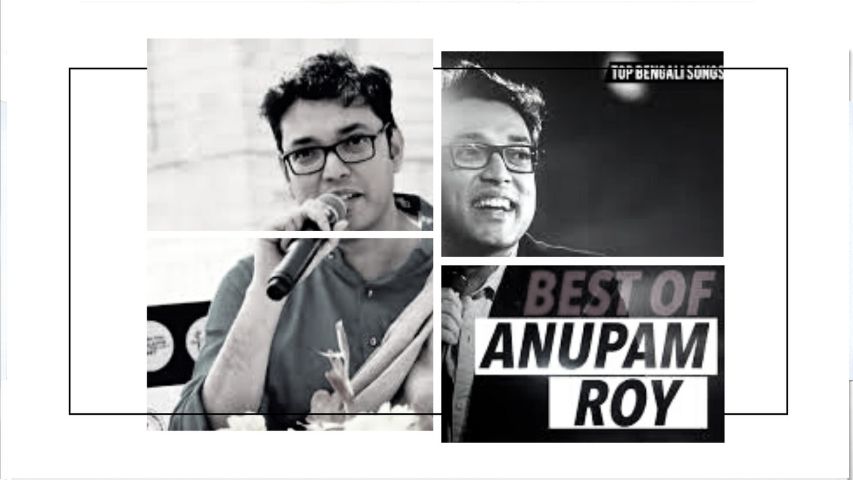 Anupam makes some very pungent political points through the song, which talks of politicians shamelessly selling off the country and of how eight-round elections were forced down the throat of the electorate. “I wanted to convey the helplessness of the common man vis-à-vis the powers that be. The very foundations of the state are being systematically destroyed. Look at how we have mismanaged the response to COVID. Families have gone bankrupt with the costs of hospitalization in private hospitals. Where is public healthcare? Where is the state? Consider this - for over a year I have been cooped up at home, unable to do shows and concerts; the life-blood of any composer and singer, because of the restrictions on social gathering. At the same time, you see huge public rallies with lakhs of people in attendance being actively organized by political parties. And then there’s the disgusting spectacle of politicians switching parties on the eve of elections. As a political party, how can you countenance the entry of people from the very party you are fighting”.

That brings us to the song’s pièce de resistance - the rap interlude by Rounok Chakraborty a.k.a. Cizzy, one of the frontline names in Bengali rap, which has been making its presence felt in the last few years.

At the forefront of popularizing rap in Bengal for eleven years now, Cizzy has been heading the Cypher Projekt, organizing a community of singers and composers every weekend at forums like Nandan. It is in the rap section that the song reaches a crescendo, setting it apart. As Anupam says, “I have been working on the song for a while and as I kept revising it, I was aware that it seemed incomplete in some way. It needed a spark. That’s when I decided, why not incorporate some rap? I knew Cizzy and realized that it would be the right forum to collaborate with him. He responded almost immediately, providing the beat and the words that would make the listener sit up. It’s a new genre for me to explore, a new experience, and I am happy that I found Cizzy to work with me on this”.

The young rapper, thrilled to be part of the song, says, “Anupam-da called me about this song - it was overwhelming for me to hear him say that he could relate to the work I had done and in the light of that my own world-view, saying he wanted to collaborate with me. The brief was basically that things are not hunky-dory with man, but it had to go beyond just the health aspects. It had to incorporate what was happening on the economic, social and political front too, some of it blatantly and a lot of hidden from plain sight. When I started writing, I addressed it from a very personal perspective; what if the song originated with me? What if Anupam-da had not sent me the basic framework or reference for the song? What would have been my perspective? And despite the bleak scenario, I started my portion with the word ‘asha’, hope. That hope is essential - the search for hope in the worst of conditions”. 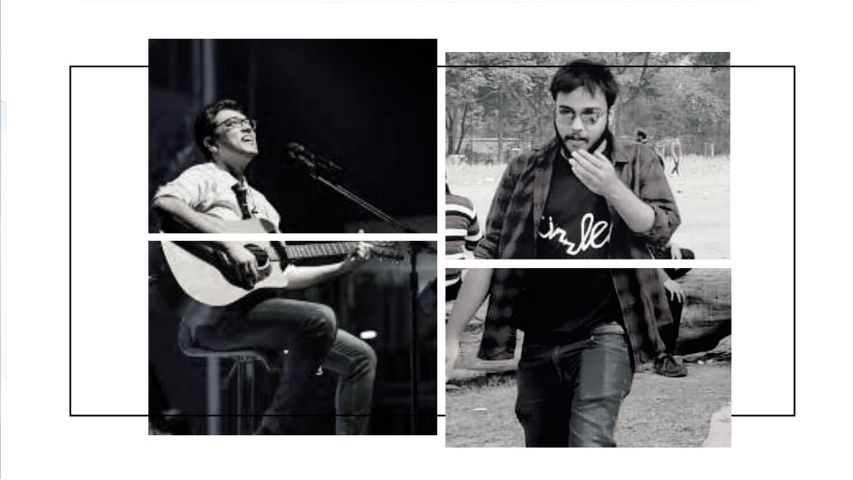 He rounded up the conversation with saying, “It is not enough to highlight the problems. I lost my father to COVID last year. He was CEO of Sanjeevan Hospital and one of the warriors we have been feting this last year. I experienced that loss at a very personal level. His philosophy finds a mention in the words ‘Baba bolto chai shob haathey kaaj.’ Every man should have work. And then of course, Anupam-da did mention that I needed to incorporate the political aspect, which is where the line ‘Ekhon party politics maane kena becha cholay’ (party politics is now just a dirty game where everything is for sale). I have always wanted to say things out straight, like an investigative reporter; nothing should be hidden. I am happy that within the framework of what Anupam-da wanted, the song allowed me to make a personal statement”.