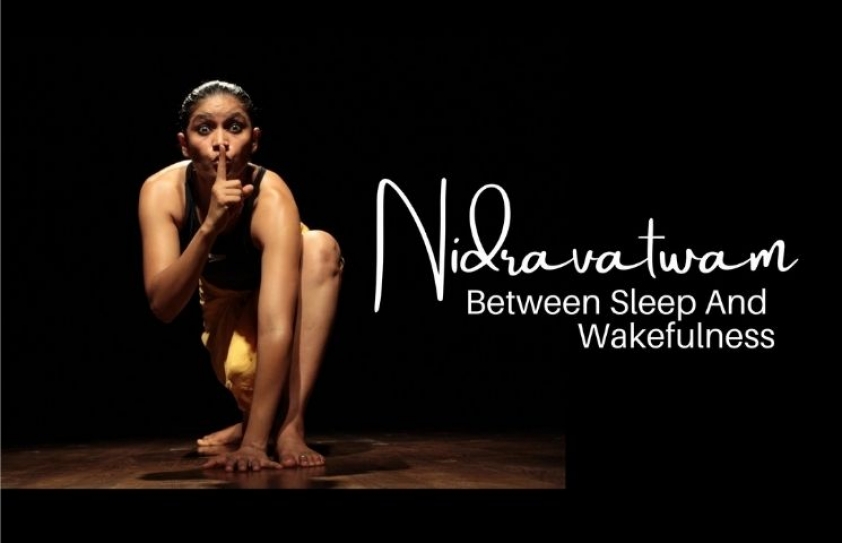 Janaky Sreedharan believes Nidravatwam was a brilliant initiation into the language and aesthetics of theater conceptualized by Veena Pani Chawla in whose remembrance Adishakti comes alive every year showcasing diverse theatrical practices.

The Ramayana never exhausts itself. It seems to throw up flashes of insight, disconcerting metaphors and troublesome peeps into the human psyche ad infinitum, never allowing itself to be tethered to a single interpretative pole. Or else how can Kumbhakarna, the rather comical brother of King Ravana, whose entry marks just a minor episode in the epic, occupy center stage in a play that opened at the Remembering Veena Pani festival 2022, in the Adishakti theater space near Pondicherry?

Watching Nidravatwam, the fifty-minute solo performance after a gap of some years, I was struck by the unwavering intensity that pulsated through every breath of the writer, director, actor Nimmy Raphael. The play takes its title from the boon/curse Kumbhakarna the Asura is given in the Ramayana, which is ‘Nidravatvam’ or the state of uninterrupted slumber. Gods decide to play a pitiless prank on this clumsy brother of King Ravana for his aspiration (or ambition?) to surpass devas (Nirdevatvam). Lore goes that he mispronounces the word due to Goddess Saraswathi’s (Vakdevi’s) deft twist of his tongue. He ironically slides into an inglorious state of inaction (nidravatvam/sleep) instead of a glorious action filled conquest of the gods (nirdevatwam).

But sleep gets interestingly diverse narratives in the Ramayana. On the other side is Lakshmana, the brother of Rama, blessed with an ability to suspend sleep to guard his brother during the fourteen years of exile in the forest. Urmila, his wife, will sleep in his stead. Why? What do these sleep cycles in the epic try to tell us? Why does Urmila have to sleep? Or why does Gandhari have to blindfold herself? The stories have left more riddles than we have acknowledged. But storytellers have dug out those riddling sphinxes again and again from the interstices of many tales.

Is this sleep a bane or a boon? Through an intriguing choreography of sleep, the play moves into the depths, where the human mind hovers in a daze between sleeping and dreaming. The stage transforms into a liminal space burrowing into the fuzzy oceanic waves of this worldly existence (literally ‘bhavasagara’), whither reality, whence the dream? Yes, as the bard ruminated, ”Ay in that sleep what dreams may come/puzzles the will”. Kumbhakarna wonders if his death is but a dream he sees in his god given sleep!!! To the 21st century spectator it is an encounter across centuries through certain unchanging contexts of mortal helplessness. 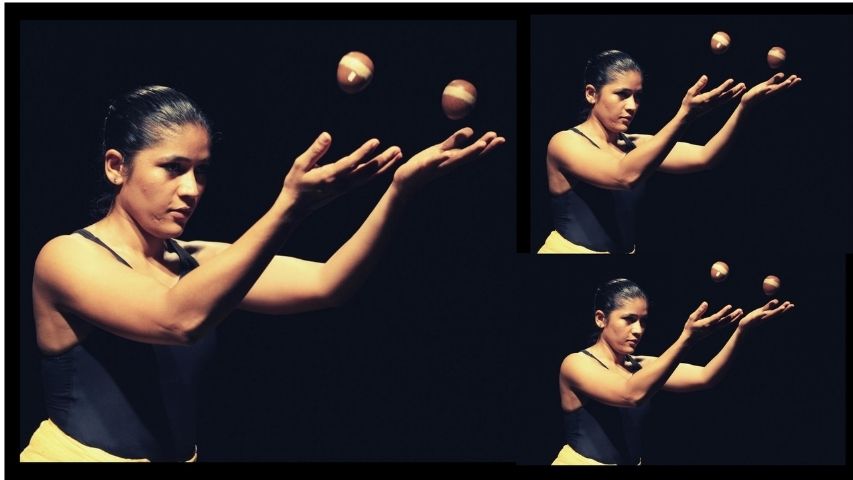 Nimmy dredges into the existentialist possibilities of this conundrum and invokes the entire scale of an epic war through a distinctive creative physicalization altogether. Her dramatization of less talked about paradoxical sleep positioning in the epic delves into hitherto uncharted nuances of boons/curses and their conflicting energies. The performer unravels the pathos and tragedy of power and war through a highly stylized vocabulary of the body - a gestural language at once rooted in tradition and abstraction. Her body transitions from the heaviness of sleep to an eternally guarded nature of wakefulness and slithers into the seduction of everyday playful sensuality with an amazing ease and rhythm. Lights and music blend to the performance perfectly sync with alternating patterns of hilarity and melancholy.

Enriched by music and lighting designed by Vinay Kumar and with text support carried out by Arvind Rane, the play will follow you for a while. And you will want to see it again to engage with its many layers once more. Between the ever-attentive body of Lakshmana and the slumberous body of Kumbhakarna is a spectrum of bodies implied and intermeshed. There are bodies activated in a war only to be killed for the powers that be. These are the bodies of soldiers implicated in wars over which they have no control, about which they know nothing - bodies made to fight someone else’s battles.

Nimmy’s theatrical recreation makes the spectator reflect about the infinite expressions the human body is capable of - memories of love and war the body is capable of actualizing through art. It makes you think deeply about the repertoire of vocabulary each performance culture has evolved through its negotiations with the human body. It opens your eyes to the physical theater and the immense possibilities that are waiting to be discovered in different physical cultures across the world. A familiar story gets revitalized through a unique conversation between body, breath and voice.

I felt Nidravatwam was a brilliant initiation into the language and aesthetics of theater conceptualized by Veena Pani Chawla in whose remembrance Adishakti comes alive every year showcasing diverse theatrical practices. There is a confluence of energies, which is vibrant and tangible - an unleashed flow of creativity, light and laughter in the memory of a rare artist and visionary.