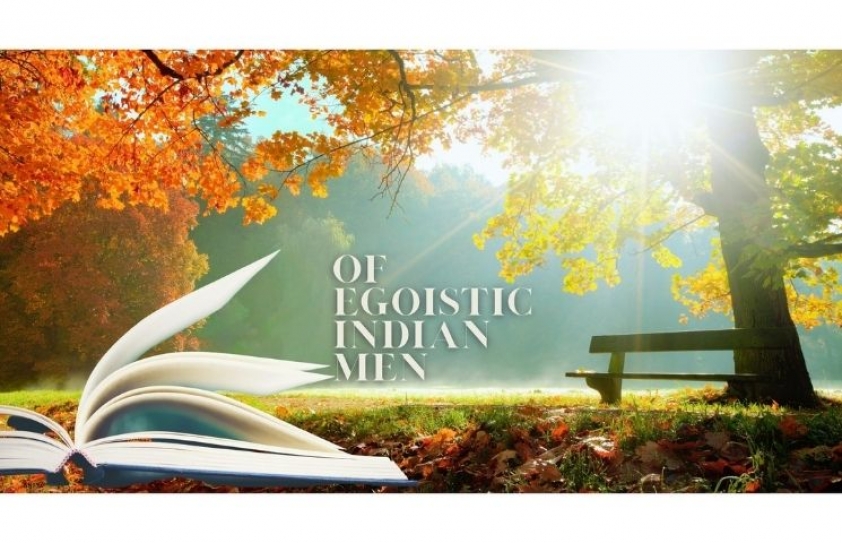 Humra Quraishi remembers Mulk Raj Anand on his birth anniversary and what he had said about Indian men consumed by superiority complexes.

There is growing concern about the notion of our collective togetherness. Will it remain only in the textbooks or in fairy tale lore? Will it be possible (ethically, that is) for any of the Indian politicians and leaders of  the day, to pay courtesy calls to wish ‘Merry Christmas’ to the Christian heads of State the world over? Will it be a mere formality for the Hindutva lot to fit in, in there stale speeches, this oft repeated phrase ‘sabka saath, sabka vikaas’, when it holds little substance, far away from what the ground reality is?

There’s unease and fear among the minority communities in the country, as there seems no will to control the violent Hindutva groups. It wouldn’t be amiss to say that in certain situations they seem to be hand in glove with politicians that have the political machinery under direct control. Needless to add that in such situations the minority communities are targeted for any given reason. The motive that tops the list is religious conversions.  We are being provoked to react while none of us who went to convent schools while growing up, were converted to Christianity.

Today we can write and converse in English because of the selfless efforts of the nuns who taught us. Their teaching went beyond the routine; we were made aware of core values that touch our existence - gratitude to our  creator for daily bread and his blessings. Most who didn’t go to schools where the simplest things like thankfulness, restraint and courtesy were taught to students judiciously, suffer from a superiority complex, which, as a matter of fact, plays itself out dangerously on the streets and on our media, when multitudes express themselves in crude ways.

So on Mulk Raj Anand’s birth anniversary (December 12, 1905), I glided into pondering over the writer’s greatness – over how he had remained focused on the most disadvantaged in Indian society. Also the fact that he shared details about his own depression with such honesty. He ran away from home, when he was young, as his parents wanted him to get married - and also because as he’d told me during the course of an interview, ‘there was too much tension for me at home’. In his book “Pilpali Sahab” he wrote, “My earliest memory is of me as a spoilt child with a big ego in a small body.”

Mulk Raj Anand reached the UK in 1924. A chance meeting with Ananda Kumaraswamy there made him change his entire outlook towards life. He had said, “Kumaraswamy brought me in touch with our culture, not as it was portrayed by the British, but he showed it to me through the Indian viewpoint”. Enrolling himself at Cambridge soon after, he was influenced by his philosopher-teacher Lord Russell, and also by sculptor Eric Gill, and he became an active member of MARS (Modern Architects Research Society).

Around this time is when he wrote his first book “Hindu View of Art”. Before he could complete his second book on Persian paintings, he fell in love, starting off another painful phase of his life. “I fell in love with Irene, an Irish girl who was involved in the Irish national struggle. In 1927 she died. On hearing of her death I suffered a breakdown and it took me almost five years to recover. My meeting with Sigmund Freud just after the first nervous breakdown in 1927 helped me to some extent. He told me that I was suffering from the Mother Fixation Syndrome and his exact words were: ‘Like most Indians you love your mother more than your father and to you every woman is a mother image’. He noted the role of my father and also took note of the tensions between my parents. I felt all right to a great extent after about five sittings with him but then had two subsequent nervous breakdowns.” 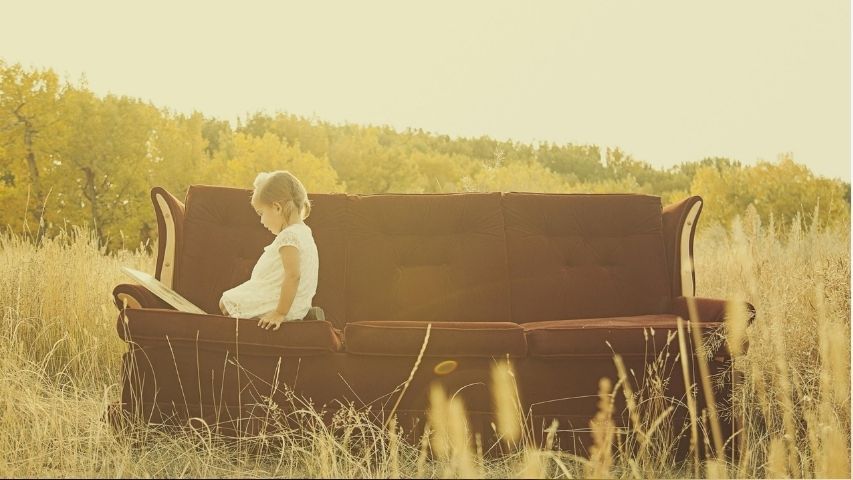 Mulk had a second breakdown when he visited Mahatma Gandhi at the Sabarmati Ashram. “That was the time I had finished writing ‘The Untouchable’, and when 19 publishers turned it down I fell ill.”

He told me that Gandhi helped cure him by giving him a talisman: “Gandhi told me I will give you this talisman – he said whenever you are in doubt or when the self becomes too much for you, try the following, that is, recall the face of the poorest and the most helpless man who you may have seen and ask yourself if the step you contemplate taking is going to be of any use to him. Then you will find your doubts and self melting away.”

He went back to the UK and friended another woman Gertrude Mitchell, an activist working in a leper colony. Mulk recovered this time by writing the novel “Across The Black Waters”.

In another interview he had given to me in 1999, he’d said: “Whenever I am disturbed by events unfolding around me I write for at least two or three hours. I believe that a writer does not live in isolation and social pressures and political changes are bound to affect him. At times I question myself, whether we are the same people who had created the Ellora caves in the second century? See what has become of us. Today most of us wouldn’t even know the significance of the Ajanta Ellora caves. We have no time to think, and read, because we are busy watching bosomy heroines on the small screen, a hero chasing some heroine with all possible vulgarity in the backdrop. Today parents themselves put matrimonial advertisements in newspapers to ‘sell off’ their daughters in the marriage bazaar. Today marriages are nothing but mere traps where the half man (I call the Indian man as half man) reduces the wife to not only a domestic worker but also a prey to his lust. In most marriages there is no tender lovemaking but sheer rape or no sex at all!”

Mulk not only set up the concept of the Triennale (which he had started with French writer Andre Malraux) but also provoked others to take to arts in everyday living. His one single remark to the paper tycoon O.P. Jain, that he’d die as a shopkeeper, was so provocative that the man shifted his focus from his business towards the arts and crafts of the country. 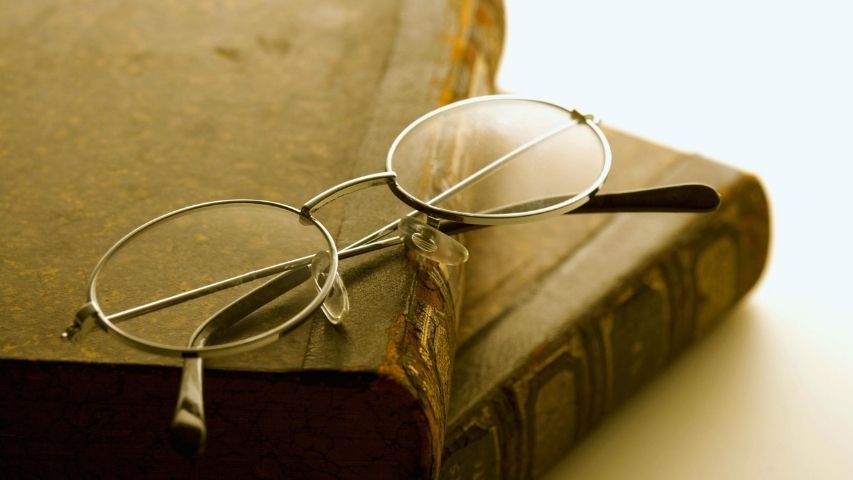 Mulk was also very critical of the architects of his days: “The rather strange yet sophisticated animal on two legs called the architect is the most dangerous species let loose by the British, for he has snatched from us our Indian style of living and inflicted on us an alien style, which is so unfit for our climate. Today’s nouveau riche live in English bungalows with nine rooms, including a drawing room. But if you ask the architect its purpose he will just stare blankly. Those who cannot afford mansions are stuffed by our architect into skyscrapers, little realizing the havoc it can create without fire safety equipment. Whatever happened to our three-roomed homes, which were complete with a living room livened by chandians and gaddas and murrahs.”

He would talk of the significance of colours. “Indians don’t know the effect of colour on their moods. The red here (red-coloured bed and chairs and tables in his Lokayata home in New Delhi) not only contrasts with the greenery outside but it’s also an exciting colour. Yellow signifies happiness. Never use pink, it’s a bad colour.”

Women did play a significant role in his life. When I’d asked whether he had been distracted by women, he quipped: “I’m attracted to women, but for God’s sake don’t mix up love with sex. I believe in love and love is a very tender relationship which comes after much devotion. Most of my writings are based on them and around the circumstances in which they lived or died. I have suffered not only in relationships but also on the marriage front. My first marriage with actress Kathleen Van Gelder failed. The second marriage to Anel D’Silva also couldn’t take place because she changed her mind at the last minute. I then married dancer Shireen Vajidar and this marriage is just going on… yes, just going on.”

Though he felt he was saddled with a marriage and a wife, yet he would say: “Most urban marriages break down since 99 percent men deviate from marriage at some stage or the other. They treat their wives rottenly. Even in educated households the wife is raped by her own husband. In fact one of my novels is based on this true incident where a woman artist is raped by her husband on the very first night of marriage.”

Mulk was educated at the universities of Punjab, Cambridge and Sorbonne. He obtained his Ph.D from the University of London in 1929. Honours did come his way. But such men don’t really crave for recognition. He received the International Peace Prize, Vienna, in 1950. He had been the Chairman of the Lalit Kala Akademi. He had won the Sahitya Akademi Award. He also was honoured with a Padma Bhushan in 1967. He has written numerous short stories, 25 novels, edited 135 issues of Marg, but what I marvelled was the fact that  there was more to Mulk than writing. He had adopted a village in Maharashtra, where he was bringing up several Dalit children and promoting Dalit literature. Perhaps, Mulk’s biggest contribution has been bringing focus upon the most grim Indian realities through his writing.

Perhaps, he was much too disillusioned with the system and decay, and a couple of years before he passed away in 2004, he had shifted to Khandala, far away from the crowds. If he were alive today, he’d be distressed beyond measure.