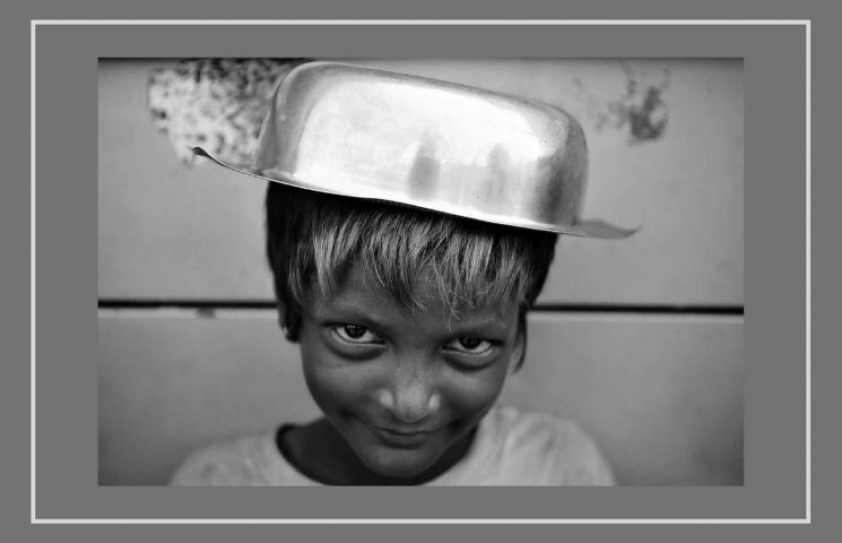 He snagged this year’s National Award for the Best Professional Photographer on the theme of Women-led Development. Right now, he’s in the midst of acquiring a visa for China to participate in a group photography show.

He’s also zipping across the monsoon-ravaged Mumbai in his capacity as lensman for The Times of India. And on Instagram, his posts have accumulated a fast-swelling following.

That’s 33-year-old S.L. Shanth Kumar whose images have had me hooked. Not only are they of-the-moment but infused with an innate gift for capturing  humane and compassionate narratives. I catch him during his busy everyday beat to discover a story which is replete with  harrowing Charles Dickensian elements, besides conveying an unwavering optimism to establish his mark in the crowded domain of photo-journalism.

Dickensian did I say? Perhaps that’s a simplistic encapsulation of S.L.Shanth Kumar’s beginnings and resilience. Born to Malayalee parents, he was separated  from his mother at the age of two, by his father, a gas cylinder supplier who had moved from Kollam to Bengaluru. The reasons for the separation are still not clear to him; it’s only lately that he traced his biological mother. He doesn’t go into the details about the lost-and-found trek. “Let’s just say,” he apologises, “that it is far too traumatic to talk about in the course of an interview. If you don’t mind, we could discuss that some other time.”

Fair enough. Instead, he recalls that his parents didn’t get along. Since he was an infant, he can hardly recaptiulate the degree of abusiveness endured by his mother. Next his father married again, the new mother  gave birth to two children. He points towards a deep scar on his face, a reminder of the day that his stepmother bruised him with smouldering cooking forceps.

Given away, then, to a home for needy children and widows in Bengalaru, he was raised in the orphanage where he was sexually abused by older boys and a priest. There was no use lodging complaints with the police, the orphanage was gated. Whenever he tried to escape, he was beaten up mercilessly.

He must have been around 11 or 12 years old when, under the cover of the night, he finally managed to make the great escape and hitch a ride on a truck to Chennai. When his fistful of coins ran out, he worked as a dishwasher and sweeper at a lodging house-cum-restaurant. Soon detected to be a runaway, the pre-teenager was forced to return to his father in Bengalaru. Conditions became bleaker than before. His father passed away in a freak accident. The tempo van carrying  more gas cylinders than it should have, turned turtle on a potholed road.

Shanth would survive on leftover meals served at the marriage reception halls of Bengaluru. Noticed there by a passport photo clicker, he was hired to serve as a tea-boy in the studio. There he picked up the basics of developing and printing snapshots, handled lights at marriage video shoots, and was luck-by-chance spotted by Amalnath Benedict Kumar, an influential photographer who could call

Deepika Padukone instantly, during her modelling days, for a photo-session for the Bangalore Times.

Mentored by Amalnath Benedict Kumar, Shanth was asked to shift to Mumbai by the newspaper. For close to 17 years now, the camera has been this third eye. “Photography means documentation,” he says firmly. “Everything changes in life – the way we dress, we talk, our architecture…so many changes go unnoticed. While documenting our lives, I try to incorporate a touch of happiness in sorrow. We have to rise above our poverty. It is important, though, not to be intrusive. For instance, if I’m clicking photos in a shanty colony and some people object, I respect their privacy. Most often, though, slumdwellers –especially children – are happy to face the camera.” 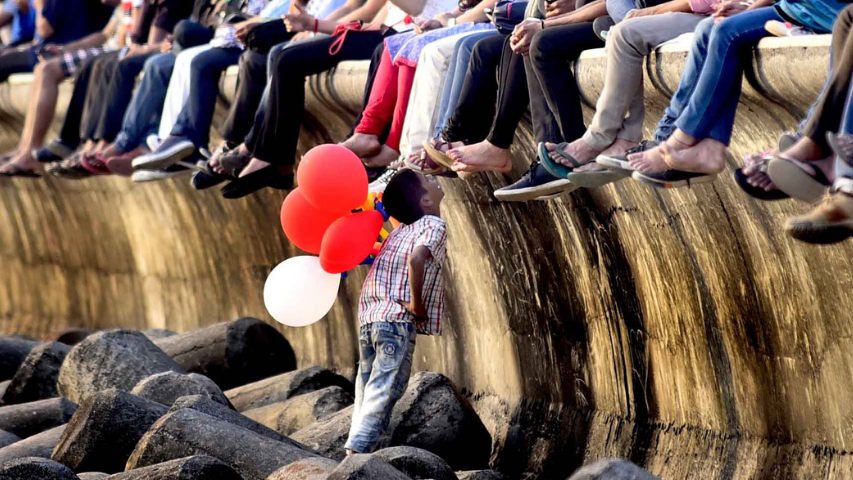 Doesn’t this credo of joy-in-sorrow amount to romanticism? Ask him that and he counter-questions, “Romanticising equals optimism – or hope – for me. India’s so beautiful, if there are extreme contrasts in the ways the different stratae live, these have to be depicted. The underprivileged, despite the odds, smile on, in small hutments they live with a large heart. I suppose as a photographer this attitude stems from my own life’s experiences. If I hadn’t hoped against hope to find a better life, I wouldn’t be here talking to you today. Would I?”

Aware that the print media doesn’t spare enough space for photographs, he contends that it continues to be a vital platform to cover stories of social impact and ongoing crises like the plight of the immigrant population to big cities. Initially he was influenced by the work of Steve McCurry and then Kevin Frayer. “No one can touch Frayer,” he exults. “His photos on the Pakistani floods and his stand-alone images of India in its myriad forms have been an ongoing inspiration.”

S.L. Shanth Kumar avoids studio paraphernalia and digital filtering, preferring natural lighting because “there is only one sun and one light, a source which can tell several stories at the same time in a single frame. Like it or not, photo-shopping is destroying naturalism. I’m also against staging pictures – which should be the domain of theatre, dance and cinema. Staging would be unethical in photo-journalism.” 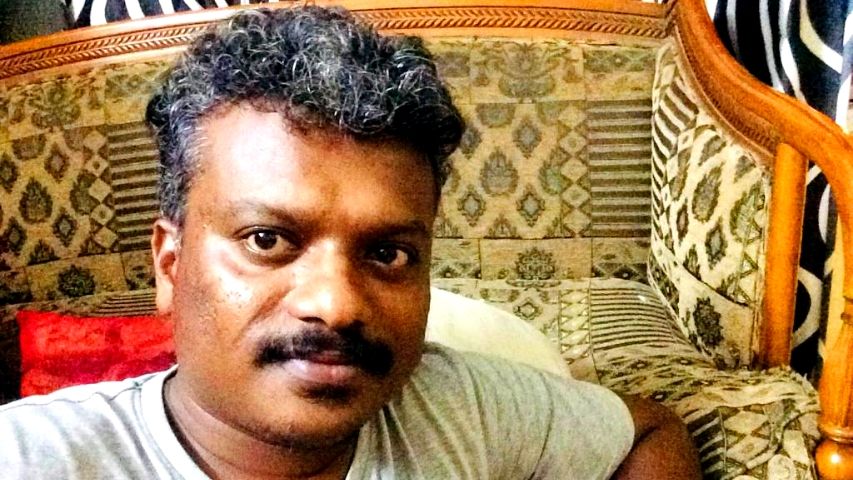 With the advent of smartphones, everyone has become a photographer, he agrees, adding that digital is the only way to go: “With analogue photography, you couldn’t click too many options. With digital, you can click away as many images as you want. Yet a measure of caution should be exercised – technology shouldn’t take  over photography as an art form…which is easier said than done to be honest.”

As a photo-journalist, life risks become mandatory. Has he ever faced a threat?

To that he recalls an incident in Chennai, when a businessman had gone berserk with a gun in an office building and was attempting to flee in a car from the spot. While clicking his picture, the businessman pointed a gun straight into his face. “Strangely, I remained cool and got the photo.”

Another speed-breaker, he points out, has had to be accepted in the arena of photo-journalism. “Maybe it’s because of my short height and dark complexion. At the outset I was frequently snubbed,” he states stoically. “To date, some of my colleagues, call me ‘Kaaliya’ which is okay by me, I take it as a term of affection.”

Living in a rented home in the backlanes of Chembur with his wife Dhanya and one-and-a-half-year-old daughter Diya, Shanth Kumar concludes, “Something tells me that I was born to be a photographer. My images will never die. I  tell myself that when I’m no more, Diya will be able to say with pride, ‘My dad shot those photos.’ I photograph only for my daughter.”