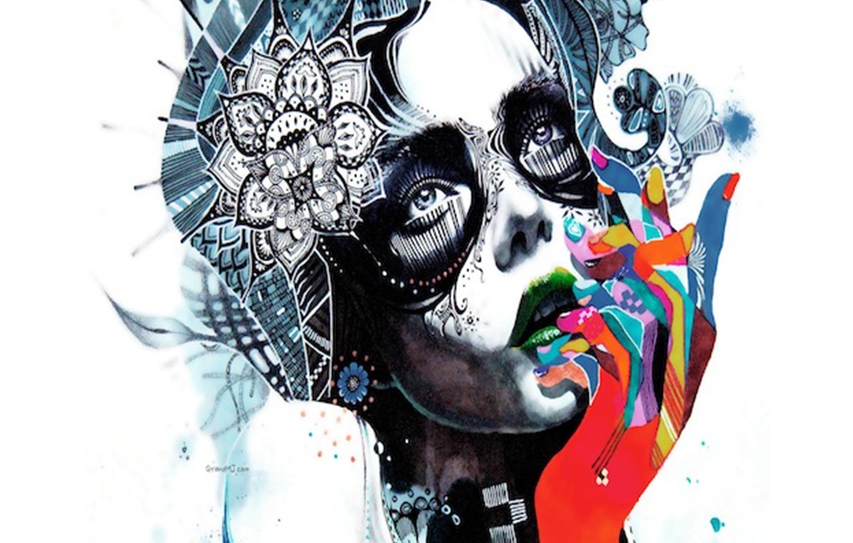 I’ve been following the Devyani Khobragade story since its emergence at the prime centre of global media, and to me, it smacks of one more gaping hole, bigger than the Grand Canyon, in the permeable systems that govern us in India.

And as a convoluted plot thickens by the day, a narrative which subtexts the story of Indian morality unfolds and we reveal ourselves to the rest of the world in the 21st century, to be a tremendously classist and discriminatory society.

As accomplished and enlightened, we count ourselves to be a discerning people who do not contradistinguish between bourgeoisies, but almost every Indian correspondent, proponent or expositor in favour of the diplomat who is alleged to have committed fraud in the United States of America, has not considered it necessary to abstain from calling the underpaid domestic helper, Sangeeta Richards a ‘servant’ on National television or in print.

Forget the fact that all arguments stay fixated, around this that in India what Sangeeta was paid by Devyani is much more than what another person who slaves over 40 hours a week deserves, so therefore, what could be wrong with that? Not one individual, decision or policy maker suggested through the entire series of conversations, that we should take a look at our labour laws, which still don’t address the domestic worker or that we should be considering this episode, as a moment in time come upon us to regulate minimum wages across the board, right down to the lowest common denominator.

And here I thought that what could’ve been a progressive outcome of an unfortunate incident got lost in the woods.

In vocabulary rests an attitude, and while we may argue till the cows come home that in India this is how we speak, let us get one thing straight, that nobody is a servant in present times. Neither is it currently applicable to the aforesaid Government official, who we persist in calling a Government servant, nor suitable to the house worker, who we stubbornly pronounce a servant, recklessly misstating them proletarian from an allotment of our socialists past, because the word ‘servant’ is an antiquated and primitive colloquium and we need to shun it as a derogatory term just the way the Americans did long ago, with the word Negro.

When we get the terminology right, I believe, we will get our behaviour towards the person we are addressing, right. They are chefs, they are house cleaners, they are baby sitters, nurses, chauffeurs, janitors and they are helpers. But to call our appointee at home, who more often than not lives with us and who generally becomes indispensable to the proceedings of our lives, servants, is a complete breach of the office they hold and it stems from prejudice.

Irrespective of the fact that Ms. Khobragade should not have been strip searched because the fundamental rules of diplomacy and the basic concepts of the agency of representation are transgressed, and regardless of whether Ms. Richards is a CIA Agent or not; both of which as a matter of fact, are real issues and it’s time that they should also be deliberated upon aggressively, what seems to be ambiguous to the entire discourse is the one truth and that is, Devyani lied. She deceived the US Government by fabricating facts on her visa application papers which is criminal in the USA, so as it is in all other nations.

It is fraud and it is a punishable offence in each and every part of the world.

So then comes this question; what is the justification for giving anybody immunity against offence committed outside of the office they hold, be it diplomat, politician, industrialist or be it the most powerful person on earth? How do we advocate indemnity against infraction, to any one individual and not to another, and on what grounds?

There are boundaries to privilege and isn’t it, that they must never cross the legal frontiers?

Indian Media backed by, in most other cases taciturn Indian bureaucracy, ex-representatives, MEA officials, even the more often than not dissembling politicians customarily feigning ignorance, now barks about the ‘how dare’ of in the case of an insult to a diplomat who is awarded amnesty, but the fact still is that Devyani lied; and we may continue to argue that by entitlement she is indeed advantaged, but what arises to the glaring fore is yet another question which is this – is it that because charter is provided to envoys and ambassadors, attachés and emissaries, they imagine that they are above the law and that no matter what they do, they will get away with it?

Uttam Khobragade, an ex-IAS officer of a dubious past, also father of the affected diplomat, along with his associates, a jumble of bureaucrats, public office holders and politicians is also alleged and stated to be a beneficiary in the essay being written on the shameless tale of greed, nepotism and blatant violation regarding the Adarsh (ironically means, ideal) Society scam in Mumbai, Maharashtra, and the deceitful hustle surrounding it.

It is a fact that a club of upscale gentlemen, powerful and prosperous individuals schmoozed and filched prime land allotted for the Kargil War Widows and that Ms Khobragade, his daughter, was allotted two apartments through that immeasurable deception. Besides, as reported on many a blog and paper, the wealth Ms Khobragade owns are extensively disproportionate to her income.

It is also claimed by the Adarsh probe panel that Devyani Khobragade, the Indian diplomat arrested and released on bail in the US, for alleged visa fraud and underpaying her help, furnished false information to own a flat in the cooperative housing society.

In such circumstances, it is hard for people in general to believe that she has done no wrong; whereas, would also be ambitious for them to conclude that the maid in question had a fully planned agenda to migrate to the USA, and therefore pulled off such a huge coup that brought the department of Indian ambassadorship down like a pack of weak cards.

Unless you are a member of such selected in India that believe that the audaciousness of a submissive, for right reasons or wrong, should be punished, it is elementary to discern that this is a case where an ordinary woman from a humble background in India accepted her rights from an exposure, and inferred that she was deserving at the time that she happened to be at a place where she could confidently demand the rights which her own country would never offer to her.

The fact that Ms Richards’ family was evacuated from India and taken to the US a couple of days prior to the arrest of Ms Khobragade, mysterious as it is, can also be challenged; but then why can’t it also be questioned as to what was eventuating with the poor Richards’ clan at the hands of a man flushed and retired from a thriving stint at the Indian Administrative Service, and his fortuitous and loaded ally’s in India, to counter the maids confrontation with her mistress in the US and to bulldoze her to surrendering and importing her back to India shamed?

It is well known what happens in India, our country in which there is no compensation for the poor, when on grounds of equity they offend the unscrupulous elite. They are threatened, terrorized, and made to fear consequences until they cave and withdraw; otherwise they are persecuted till they abdicate. We have a long way to go before we can liberate ourselves from the confinements of patriarchal hierarchies and feudal practices that continue to dominate and determine our social orders. The end of many a whistle blower in India has been witnessed often and it is no secret that the state still hesitates to enact a law in protection of the noble informer.

Therefore, what the endless debates on Indian media and television about the great violation of the rights of the Indian diplomat suggest is; that the preferred in the system over the last few decades of the Indian bureaucracy are annoyed. They are vexed and in denial of the fact that a time has finally come, when even corrupted politicians whom they have been accomplice to and shielded and abetted can no longer protect them; can no longer cooperate with them to sustain their shelter from the scorching heat of the burning Indian sun.

And above all else, the real concerns that arise from this case are even more spine-chilling:

That if corruption is not weeded out of the system immediately, we will be lost in the race and that if the rules are not redefined promptly, we will be omitted from the disquisition; and also, if equity is not achieved with urgency, we will be expunged from an emerging contemporary civics that is prescribing a new world order which appeals for fairness and petitions uniformity across all respectabilities.