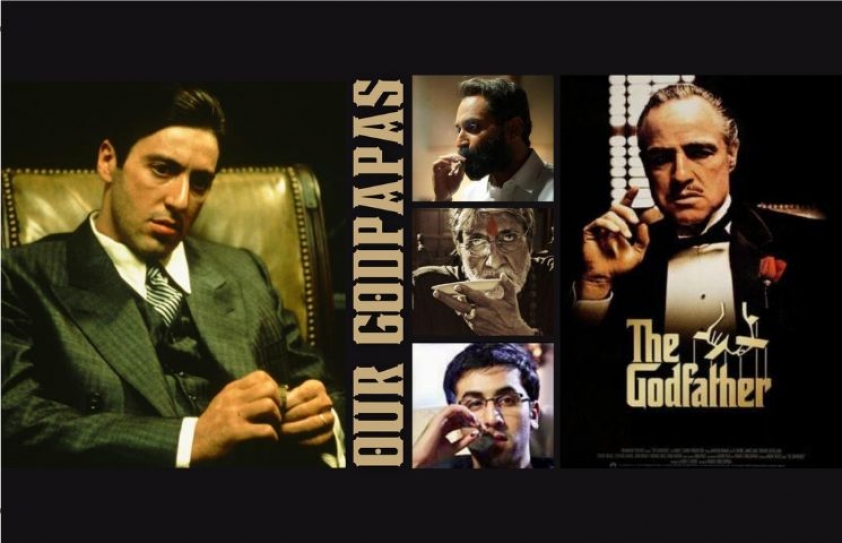 The Indian Censor Board wasn’t kind to Francis Ford Coppola’s The Godfather (1972) at all. Key scenes were either deleted entirely or ‘trimmed’ drastically. Sex and violence, even if depicted for its deleterious consequences and are essential to the plot, no thank you.

Released in Bombay at the now-defunct New Empire, it was so mercilessly mutilated that I wondered what the worldwide fuss was all about - the original 2 hour-55 minutes was being hailed as a masterpiece, which it is though not in its shredded format.

Worse, when the equally remarkable The Godfather 2 (1974) was released at the New Empire, its distributors, Paramount Pictures, or some genius, believed its flashbacks made it so complicated for the local audience that terribly hand-written slides, explaining the back-and-forth storyline, were inserted absurdly.

Result: The Godfather and its sequel had to be viewed on pirated, visually fuzzy VCRs and DVDs. Needless to assert, the films could be experienced untampered, only when a complete legitimate set of the original and its two sequels were marketed abroad circa 2001. Incidentally, the third Godfather (1990) wasn’t up to scratch, perhaps because it came off as an obvious launch pad for the acting chip-chops of the director’s daughter Sofia Coppola. Not surprisingly, she went on to quit acting and turned to direction with the excellent dark comedy Lost in Translation (2003).

To return to the point, those who travelled overseas, particularly from the Bollywood crowd, would display the legit Godfather set proudly on the shelves of their DVD collection. I  borrowed it from Anil Kapoor, who parted with them quite reluctantly for a couple of days. So, in effect Coppola's opening take on Mario Puzo’s bestselling novel The Godfather continues to influence the Mumbai-produced output of movies themed around crime and punishment. In fact, a handsomely-produced book titled The Godfather Family Album, with a lavish spread of behind-the-scenes vignettes photographed by Steve Schapiro, has become a fixture on coffee tables of the leading lights of Mumbai's show business. 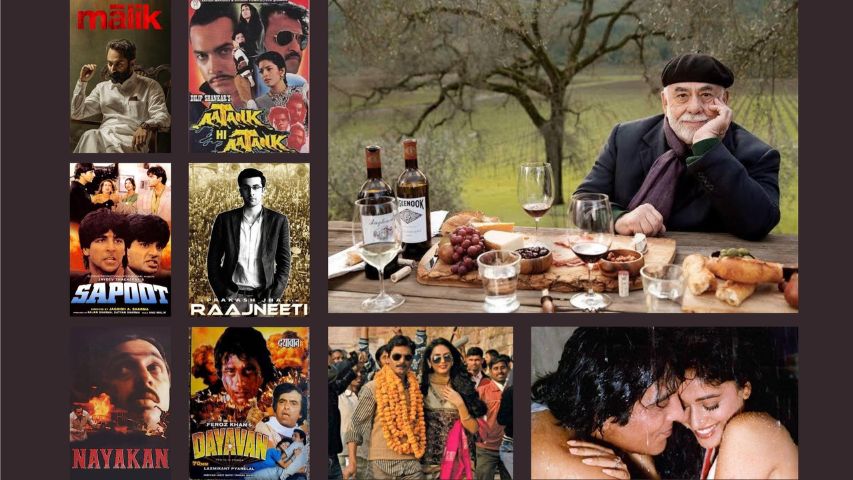 Indeed, scenes, costumes, script situations and set decor from Coppola's classic movie series, are replicated to this day and age in B-town's ceaseless number of action movies and also the mushrooming series on streaming channels. Riffs of its haunting music score can be caught in soundtracks, without so much as an acknowledgement of the source.

More than the ageing patriarch Don Vito Corleone, enacted by Marlon Brando, who won an Oscar for Best Actor but refused to accept it to draw attention to Hollywood’s misrepresentation of native Americans, it is the character of his son, Michael Corleone, portrayed by Al Pacino, which has been reprised frequently here. The reluctance of an upright son of an Italian-American crime syndicate's overlord to pursue the family's 'profession', so to speak, has been ideal material for spin-offs bristling with high drama and tension-crammed conflicts within a powerful but dysfunctional family.

Inevitably, the myriad adaptations have contained add-ons of songs-and-dances and what are called ‘emotional’ moments’ involving the mother figure to suit the Bollywood mainstream framework. Occasionally, elements have also been incorporated from the epic Sanskrit text, Mahabharata, to make the desi versions connect with the Indian audience.

And believe it or not, over a period of time, event management conglomerates have attempted doggedly to invite Coppola to conduct a masterclass on the making of a masterpiece in a clutch of cities in India, but in vain. Before  the outbreak of the pandemic, the news was that, courtesy an NRI based in Los Angeles, Al Pacino had agreed to visit India to participate in a workshop on his experience of incarnating Michael Corleone. That didn’t happen.

On a different tack, I often wonder how either Coppola or Pacino would react to the Indianised Godpitajis. In a fit of bravado, the once-prolific Ram Gopal Varma had shot off a letter to Coppola 'sir', requesting him to attend an exclusive screening of Sarkar Raj (2008), somewhere in California. The letter heaped words of great praise on 'sir', but it turned out to be an offer Coppola could refuse. A polite letter was received by Varma from Coppola’s office, wishing him luck. Just as well perhaps. 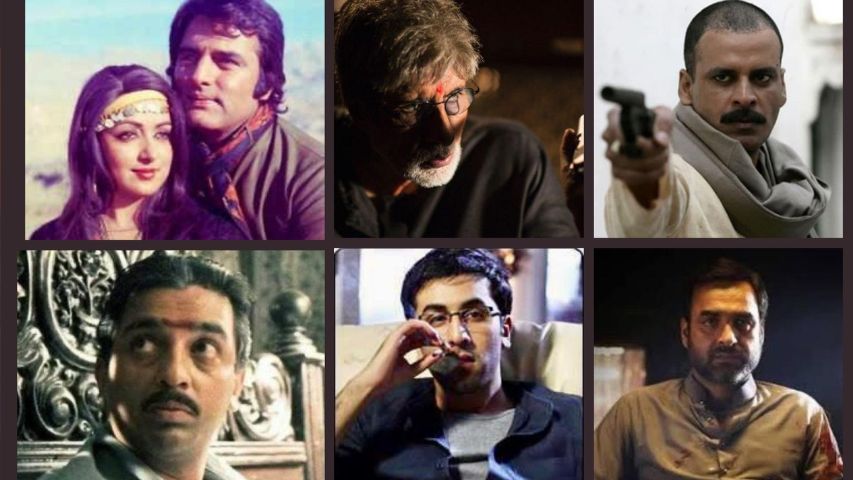 The early lot of B-town’s godfathers was an awkward bunch. For starters, there was Dilip Shankar's Aatank Hi Aatank (1995), which paired Aamir Khan and Rajinikanth, no less, as temperamentally un-alike brothers raising mayhem in the underworld. It’s one of Aamir Khan's least-cherished works and has been long forgotten and dusted.

By comparison, actor-director Feroz Khan's Dharmatma (1975) could at least boast of flamboyance, a terrific music score by Kalyanji-Anandji and fancy flights into fantasy. Filmed in Afghanistan and at home, the slickly-crafted thriller is still watchable.

Feroz Khan's second jab, Dayavan (1988), at the Godpapa narrative - an official remake of Mani Ratnam's Tamil Nayakan (1987), a combo of Don Coleone and the real-life don Varadarajan Mudaliar - was a letdown though, recallable at most for its torrid romantic scenes featuring Vinod Khanna and Madhuri Dixit. Oddly, Nayakan, had been selected as India’s entry as the Best Foreign Language film for the Academy Awards. The Nayakan team, which travelled to Los Angeles, returned to Chennai empty handed.

Ram Gopal Varma's start-up Sarkar (2005) replaced Don Vito Corleone with a character quite overtly 'inspired' by the late political leader Bal Thackeray. To be fair, the outcome was engrossing, besides being enhanced by an inspired performance by Amitabh Bachchan. Its sequel Sarkar Raj, alas, just wasn't in the same league. Unfazed, Varma went on to fashion the tedious Sarkar 3 (2017), and gratifyingly put an end to his Coppola obsession there.

Indeed, the two most accomplished takes on the Puzo tale have been Prakash Jha's Raajneeti (2010) and Anurag Kashyap's two-parter Gangs of Wasseypur (2012). The former was especially remarkable for the intensity invested by Ranbir Kapoor in a part clearly fashioned after Michael Corleone.

And Kashyap opted for a raw and gritty approach, set in the primeval coal mines of Bihar, which didn't seek to copy The Godfather, but certainly used it as a reference point. For its epic sweep and realism, Gangs of Wasseypur stands out as the most accomplished homage to Coppola. 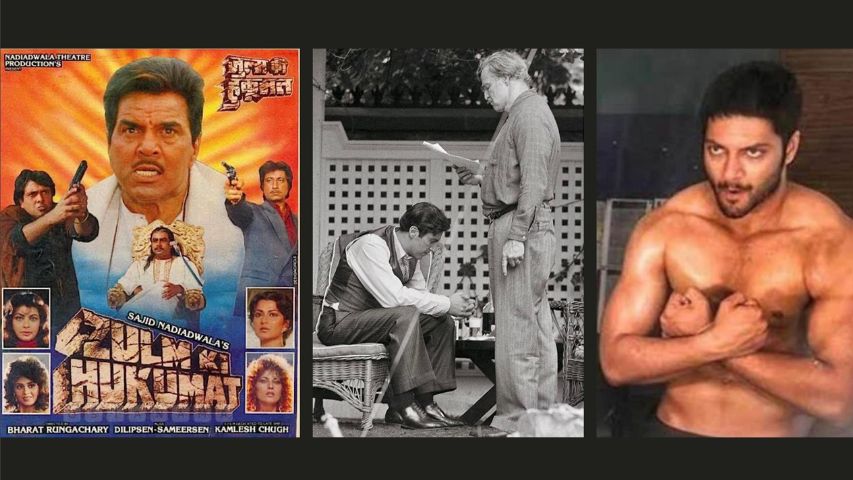 In the domain of OTT series, the Farhan Akhtar and Ritesh Sidhwani-produced series Mirzapur (two  seasons down yet), despite excessively gratuitous violence, has been the closest to creating The Godfatherish ambience and delving into within-the-family friction. Pankaj Tripathi as a Uttar Pradesh mafia don, Kaleen Bhaiya, played the role in his own individualistic style instead of imitating Marlon Brando’s mumbling throw of dialogue. By contrast, when Amitabh Bachchan, as the underworld lord Dinanath Chauhan, attempted a gravelly mumble in Mukul Anand’s Agneepath (1990), a changeover from his normal baritone, it had misfired, and had to be redubbed.

For the record, Malayalam cinema has been quite Godfather-struck too, yielding at least six films, which have rung a familiar bell: Naduvazhikal (1989), The Prince (1996), Lelam (1997), The Don (2006), Simhasanam (2012), the most recent one being Malik (2021), which headlines the popular Fahadh Faasil, and commences with a long take, clearly a throwback to the wedding sequence opening of The Godfather.

So there you are. It's no secret that Francis Ford Coppola's magisterial directorial style, combining startling drama with spurts of no-holds-barred action, has influenced generations of filmmakers in India. And something tells me, The Godfather will always remain Bollywood's prime go-to touchstone.