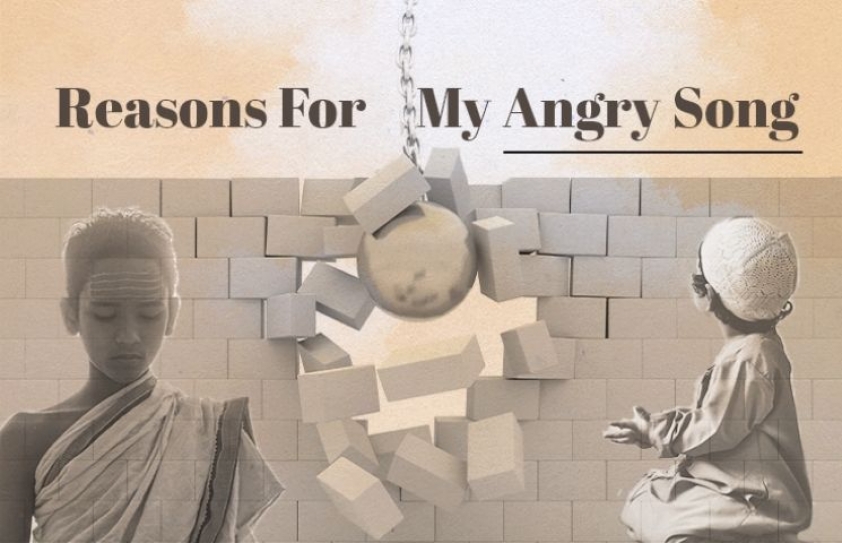 \Humra Quraishi recalls the days of the past when the Muslims didn’t live in fear and the Hindus were kind, courteous and full of grace towards them.

Demolitions in a democracy are unheard of – they’re human disasters designed and implemented. This only makes one weep and ask: If the State cannot provide its citizens with basics like roti, kapda aur makaan, must it go on drives to destroy even the minimal shelter they manage to find? It takes a lifetime to set up a one room dwelling and seconds to go under the ruthless bulldozer. Sarkari orders are: Off with homes, shelters, roofs over the head of the poorest. Down with what little they survive on! Let them die homeless in the scorching summer heat! Who cares if you and your families suffered setbacks during the last two years because of the pandemic? Let them suffer more, fear the bulldozer, which has been symbolised as a heartless machine that spreads terror and gives immense pleasure to one community that hates another.

Wrecking of a home means demolishing the lives of an entire family. Maybe they can never re-build another and have to spend the remaining years of their lives under trees, plastic sheets tied to poles by the roadside. What happens to their livelihoods, their children’s education. Where are we heading? Where do our fellow citizens go from here, with their lives scattered by the roadside and a blanked out future!

I haven’t celebrated Eid for the last five years. I didn’t have the heart to celebrate in this communal atmosphere gifted by the Right-Wing government to its loyal voters that have left another community bruised and wounded for life. This upcoming Eid-ul-Fitr, in the first week of May, will be observed but not celebrated by me, as there are too many tragedies to deal with and process. Too many people provoked to attack and too much muscle retaliating to keep the communal pot boiling for political agendas. What about the people of the country? What about the young ones growing up assimilating this hatred and wondering what their future holds for them? Nobody cares!

This communal environment is dangerous. It suffocates humans, destroys infra-structures, compromises institutions and has ramifications for generations to come. In recent years, all progress made since India’s Independence has reversed, as a large section of the population is living in fear of the next onslaught, the next shock and the next disaster upon their lives. Are we going to survive the remaining years of our lives dreading the next curve ball hurtling towards us and threatening to tear apart our fragile  lives?

Togetherness between diverse communities was palpable until the 1970s; each community celebrated the differences from others and accepted each other gracefully. Though many of my parents’ and grandparents’ friends would not eat at our place, they would decline politely saying, "aaj hamara vrat  hai/today we are fasting." In all probability, the mutton and chicken cooked in our home came in the way but it was so gently put through that it was never hurtful. 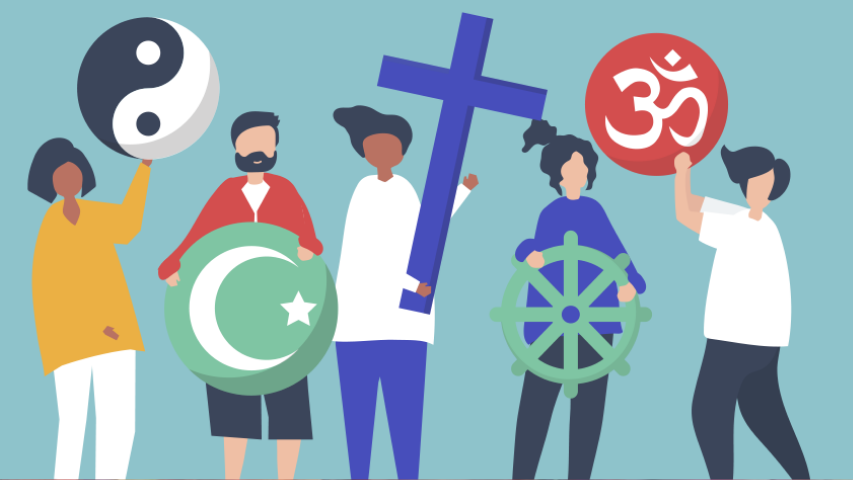 There was a refined way of communicating. No explanations were expected, no apologies were given and no declarations were made. There were never any apprehensions that the most powerful cosmopolitan and inter-religious fabric would be ruptured. The more I delve into the bygones, one instance after another of togetherness comes to mind. When I couldn’t cope with the advanced Hindi course in college, my father engaged a Panditji who taught Hindi at Lucknow's Islamia Intermediate College to help me get through.

I had opted for Advanced Hindi as a subject, and it meant Sanskrit needed to be learnt. The going was tough until, of course,  this tutor taught me with so much patience and earnestness that I fell  in love with the language. With paan tucked in his mouth, Panditji would not look at his watch and go on teaching me for hours - Hindi, Sanskrit, mythology. He always declined the chai and paani offered to him, presumably because of the non-vegetarian food cooked in our Muslim house, but he never made it apparent. I recall his one-liner, by way of declining, "ab to paan kha liya hai.” (I’ve had paan/betel). He would carry his own paans, tucked in a small cloth bag.

One was not made to feel as an ‘other’, as one sat on common central lawns of the sarkari colony in Jhansi, where my engineer father was posted, watching festive build-ups for Dussehra and Janamashtami celebrations. I know Hindu mythology because we watched those celebrations year after year taking place in the government colonies where we resided. Huge pandals would be set up and rehearsals take place till midnight for days on end. There was never anything called fear in our lives. Muslims together with Hindus would watch and even participate. Our Muslim cook and the peons, Hindus from the Kumaon and Garhwal belt, would crack jokes  along religious lines but the humor was innocent. No threats, no arrests, or detentions.

In the Musalmaan households, I didn’t come across any trace of dislike for the Hindu community. Yes, of course, stories of the partition did the rounds but it was as though some crazy division had taken place because the firangi rulers and conversations were always around pledging to never let it happen again.  Social, cultural and religious beliefs were accepted with humility. Muslims were never afraid.

Intermingling with the Hindus was normal - there was spontaneity, warmth and courtesy. My father offered namaaz and fasted during Ramzaan, and  our home had two sets of nameplates (my  father's  name  in English and one in Urdu), but  his  close  friends and colleagues were largely non-Muslim. Our family physician, Dr S. C. Saksena, was his closest friend, right from the Christian College student days till he passed away in  Birmingham, where he had shifted with his family. His daughters have kept in touch with us all through these years although they reside in the UK.

And driver Rajesh Singh, hired by my parents almost three decades ago, to drive the old Fiat, continues to reside in my parents’ Lucknow home. Though my father and mother have passed away, Rajesh and his family are there, looking after the family home. In fact, my mother treated him more like a son - she trusted and consulted him whenever in a crisis. And the two cooks employed at my khallas’ homes are from the Garhwal and Kumaon regions. Non-Muslims, but absolutely at ease cooking for the last several years in the two Muslim households. Sadly and unfortunately, those good old days seem to be shadowed by the darkness of today.

This verse of Sahir Ludhianvi seems apt to convey the sorrow most of us feel: If there is a reason for my angry songs, it is this/That when I see the hungry farmers/The poor, the oppressed, the destitute, the helpless/My heart cannot participate in assemblies of pleasure//Even if I wish, I cannot write dreamy songs of love.