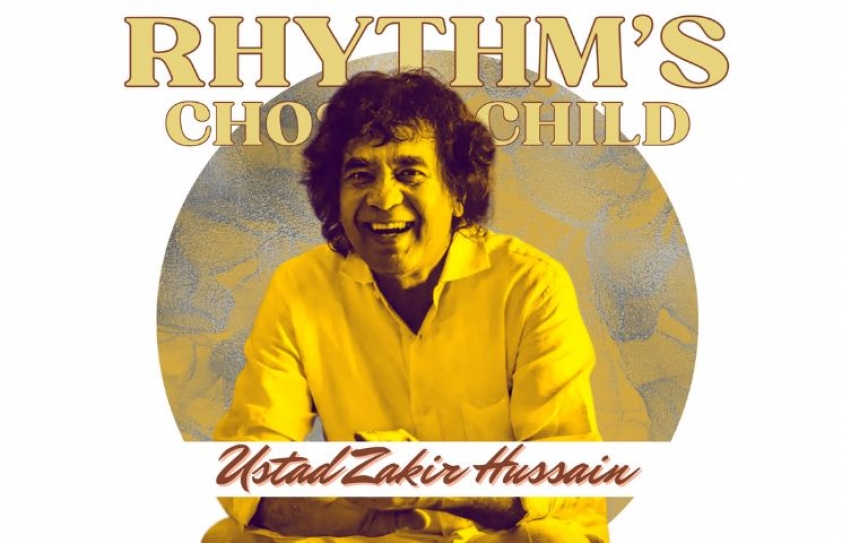 Here Sharada Ramanathan goes back and forth in time to understand the towering Tabla maestro Ustad Zakir Hussain’s genius, music and rhythm.

Seventy-two years ago, a rather restless infant, still in his cradle, was given a toy to be appeased, but ended up playing the drum on it, taking his family by surprise. And what followed was musical history. A phenomenon had been born to the world of music and rhythm, who would become a rage, a trendsetter and literally only one of his kind.

Ustad Zakir Hussain was born to a legendary master of the Tabla, Ustad Alla Rakha. Being the son of such a towering artist could have cut both ways. He could have easily been overwhelmed by the formidable musical stature of his father and Guru, and faded into submission. But the artistic urge in Ustadji was unstoppable. Lore has it that as a young boy, Ustadji played truant with organizers who telephoned for his father, but he received the calls, claimed his father was busy and offered himself as a substitute! Inevitably, these impish forays helped him build his own experience and confidence, and accelerated the recognition towards his magical fingers.

However, the musical exposure that the Ustad was bestowed by his father kept him humble and real. And the classical stalwarts whom he eventually accompanied on his Tabla became the nurturing ground for his own musical knowledge, depth and rigor.

Ustad Zakir Hussain could have stayed complacent within the secure environment of his father’s musical nest, where his innate gift shone anyway.  But like all aspiring youngsters of his time, he flew off the nest to explore the world. A child prodigy, whose spatial sense of sound came so easily to him, he still wanted to traverse the temporal, fly off to that country of opportunity called America, start out of a one-room accommodation, and adventure the uncertainties before him. Several senior artists of the time felt that they had lost a prodigy within the Indian classical realm to the west.

But the Ustad proved all such speculations wrong. His solid classical grounding and his profound connection with his Tabla, catapulted him as the unapologetic ambassador for Indian music in the world, much like his predecessor, Pandit Ravishankar. As he expanded his horizons and played with musicians of all sorts of drums, instruments, genres and countries, his springboard was always his classical training and repertoire, from which he traversed unchartered sounds and rhythmic permutations with his Tabla as his muse.

The world had never seen such an artiste before, borne from the realm of Indian classical music. A dashing, charismatic, even flamboyant persona that would display extraordinary musical gravitas, and yet defy conventional and staid norms of performance. A prodigy who had apparently been an ever-willing student and learner, and worked hard to excel in both substance and form of his art and performance. 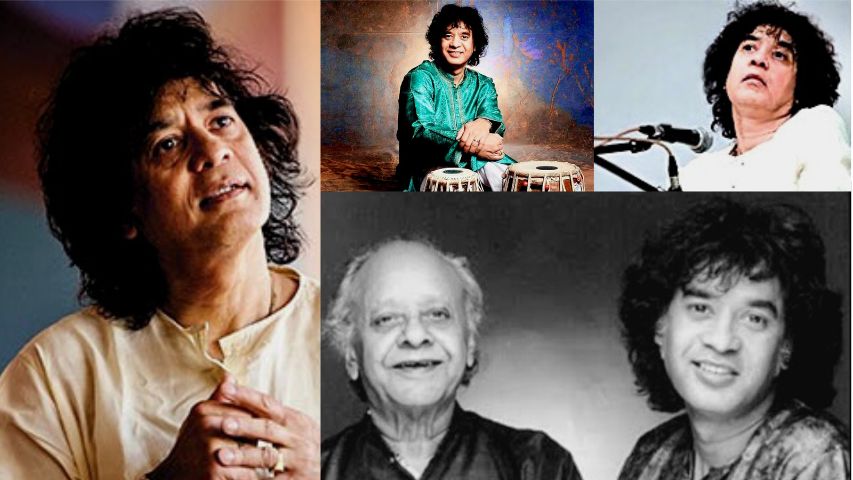 In a sense, Ustad Zakir Hussain was a trail-blazer in the audio-visual, that music has come to be. The Ustad’s understated kurta-Pyjama style seamlessly contrasted his mop of wavy hair, as it danced, along with his own expressiveness, to the magic of his table sounds. This was a stage-craft that he literally invented. The Ustad had sculpted himself to become a complete performer who, at the same time, attained the artistic stature to elevate the Tabla from the side to centrestage. And this was brand Ustad Zakir Hussain that every other artiste after him wanted to emulate.

After almost 40 years of listening to the Ustad, I heard him again in concert in January 2023. And I found myself hearing, listening and observing him with an absolute focus that made me understand somewhat better, the core of the Ustad’s uniqueness beyond his charismatic stagecraft. And why his Tabla-playing unfailingly generated an audience ecstasy.

Ustad Zakir Hussain in concert is a live, three-dimensional experience. The first dimension is his mastery over the Tabla. The basic sound that emanates from his playing itself is distinctively melodic. And this melodic timbre, combined with the variety of sounds (the tabla syllables called bols), that he creates is simply mind-boggling. Second, his application of these ranges of sounds in weaving rhythmic patterns is equally stunning. Within each rhythmic cycle, the Ustadji will create a tsunami of sounds and rhythmic phrases, and a variety beyond what the listener can ever cope with! Yet, not a syllable will seem out of place or too much. It takes a combination of hard work, acute intelligence and a prodigious sense of application to sustain the momentum of unimaginable improvisation right through a concert that only he is capable of. And third, even as he improvises, he never loses the sense of laya (the basic beat and rhythmic frequency) even when he is exploring the most challenging rhythmic matrix. Club this with his stage presence, wit and audience connection, and you have a genius, a complete artist, and performer. Each time, every time. Never a faltering Tabla moment.

Ustad Zakir Hussain has lived the range of musical life. He composed film music and even acted in a few films. His experiments with other mediums were inevitable as an extension of his musical and artistic explorations, and his world-view. But his Tabla would not let go of him that easily and would remain his primary medium, his home-base.

Ustad Zakir Hussain is perhaps a phenomenon for whom there was a never-before, and perhaps will be a never-again. A phenomenon who has shared his gift, set the benchmark for creativity and excellence, makes music that is ceaselessly innovative, and reinvented the concept of performance-craft. A phenomenon who continues to be the Kohinoor of the musical and rhythmic landscape. But like all phenomena, there will always be that inexplicable element to Ustad Zakir Hussain. The magic of a unique genius and his inseparable Tabla, that can only be experienced.