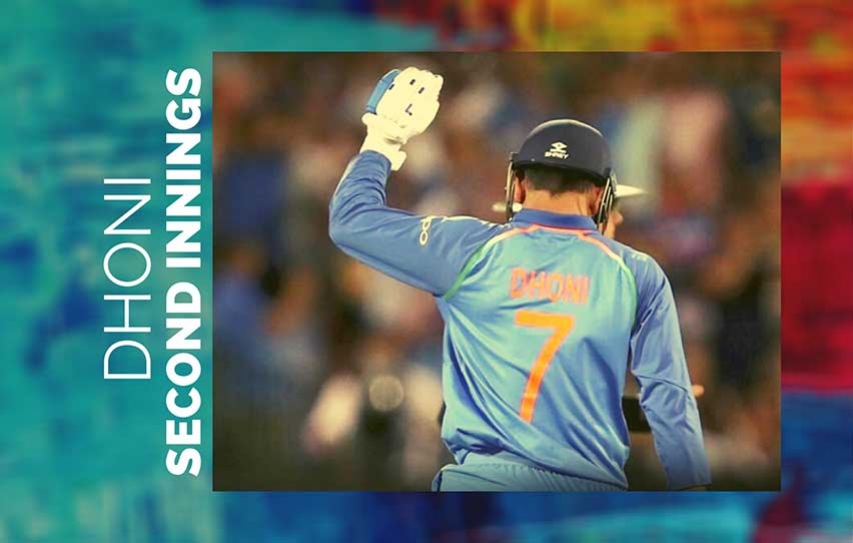 It was an unforgettable sunset at 19:29 hours on Independence Day, writes Sandeep Goyal, as he explores possibilities in Mahendra Singh Dhoni’s onward journey.

Captain Cool Mahendra Singh Dhoni just headed into that setting sun, bringing to an end the glorious innings of a boy with humble beginnings in far-away Ranchi. A cricketer who won two World Cups - ICC World T20 & ICC Cricket World Cup - along with the Champions Trophy, Asia Cup T20 2010 & 2016, and the Asia Cup; captained India in 200 ODIs, maintaining a win-percentage of 59.52.

The ODI legend accumulated 10,773 runs, averaging more than 50 despite batting between No.5 and 7 for a major chunk of his career. In the Test format Dhoni aggregated 4,876 runs at an average of 38.09 and led India to more wins (27) than anyone else before him.

There were two unique touches to his retirement announcement that I found both poetic and poignant. First, the timing of 19:29 hours - why that exact hour? Because on 15 August, the day he announced his retirement, the sun set at the southern-most tip of India at Cape Comorin at 19:29 hours - how poetic is that! And, what evolved thinking as well.

Equally interesting, his good-bye post on Instagram had Mukesh’s song Main pal do pal ka shayar hoon... composed by Khayyam, lyrics by Sahir Ludhianvi, featuring Amitabh Bachchan in Yash Chopra’s 1976 film Kabhi Kabhie; playing in the background. The lyrics of the song are what made the departure so much more poignant.

Dhoni’s retirement, and some of the well-planned optics around the fade-out, has been in the works since the World Cup last year. One could see that Dhoni was preparing for an exit when he wore the controversial gloves with the Territorial Army logo on them - a salute to his association with the men in uniform. 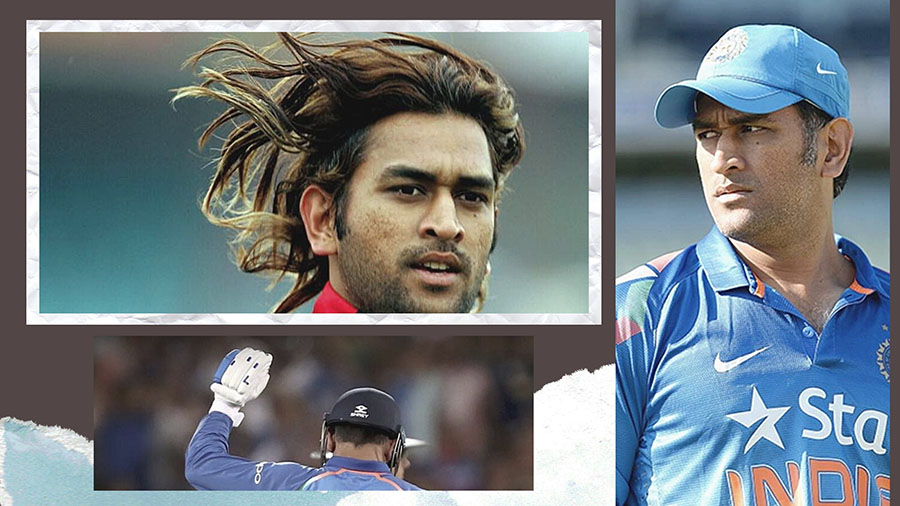 Then the bats, which he played with, had several logos on them. Dhoni’s manager Arun Pandey, went on record to say, “It’s a fact that he has been using different bats with different branding but he is not charging them. He wants to say thanks to them for helping him in various stages of his career. Dhoni has a big heart - he does not need money, he has enough of it. He is using those bats as a goodwill gesture. BAS was with him from the beginning and SG also was very helpful to him.” Dhoni also asked for the ball from the umpires after India’s defeat in the semi-final match. He knew he would never play another World Cup game.

Will brand ambassadorships wane in the near future, now that he will not get as much screen time? My view is no. Dhoni’s decline will be arithmetically diminishing, not an exponential fall.

Dhoni will have to loosen up somewhat - like Sachin Tendulkar has - smile more, be more open, more communicative to remain on the choice set of brands. In 2019, Dhoni endorsed 44 brands, actually one more than Virat Kohli! So this is one domain where Dhoni has a bright future for the next few years.

The inevitable question is where does Brand Dhoni go from here? We know that he will continue to play the IPL in the autumn of 2020 and in the summer of 2021; but in the next 12-24 months at the most, that famous bat will get silenced. His active cricket-playing career would be over.

I have been studying Brand Dhoni since 2006, when we covered him in the Celesta Celebrity Study at Dentsu, an ad agency I used to own in those days. The study was repeated in 2008 and 2010. I then tracked Dhoni from 2014 to 2016 as part of my PhD research on Human Brands. Then, earlier this year, we analyzed Brand Dhoni as part of the TIARA Research by the Indian Institute of Human Brands. 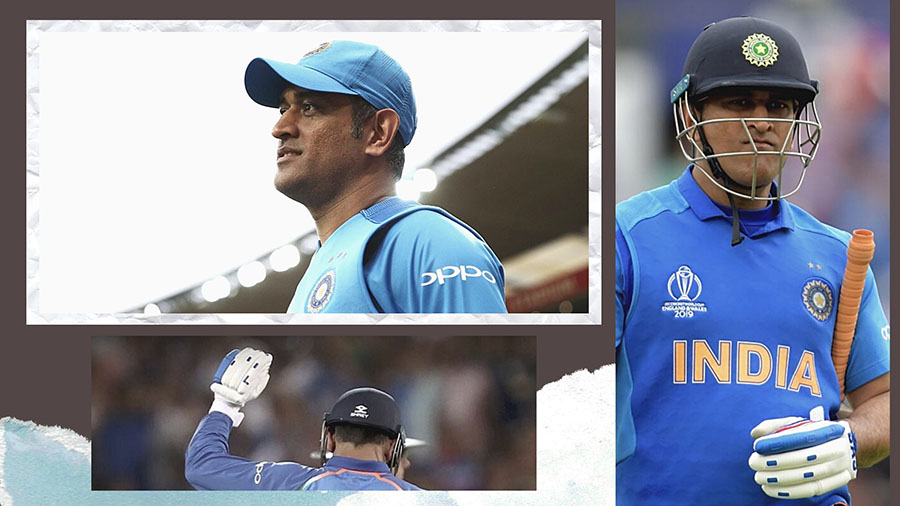 In the last few years, I have also witnessed a surge in his scores on Innovative, Prestigious, Trendy, Stylish, Rich, Successful and Distinctive. A comprehensive analysis and assessment of Brand Dhoni, would need another piece of dedicated writing; perhaps to be done soon.

So where to, from here?

Dhoni could still continue to be in cricket, following his predecessor Saurav Ganguly into cricket administration. Dada has done exceedingly well. He has been CAB chief, is now BCCI President and could soon be the ICC head. There is no reason Dhoni cannot emulate him by travelling down that same path, especially since Dada may soon move out to mainstream politics in Bengal. Dhoni is sharp, he is strategic and he has stature. And, he has patience. Jharkhand may not be big in the politics of cricket but it could, in fact, be an easier starting point.

Dhoni could make a decent commentator too. He has the experience, he has the knowledge and he has good language fluency too. Just that he and Harsha Bhogle will have to be kept separate from each other in the commentary box!

Dhoni’s ideal future slot in cricket would be as a coach. He has the depth. He has the Midas touch too. He has astute judgment - remember the tossing of the ball to Joginder in the last over of the famous T20 World Cup win. He instinctively knows how to spot winners. He will surely train them into world-beaters too.

Not too forget, Dhoni would do great as a cricket writer and cricket journalist as well. He has seen it all. He has been in the trenches of the game - and in the midst of the gunfire. He could make a great writer. 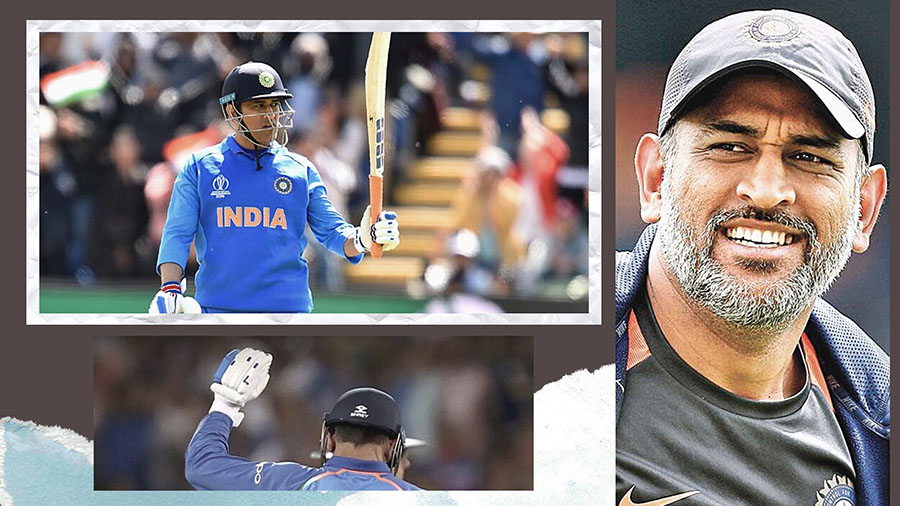 Dhoni, over the years, has matured into an astute businessman. He has his fingers in many pies.

Past track records of sportsmen as business people are not very inspiring. Many, including Sachin Tendulkar, invested in restaurants. Most failed. Kapil Dev’s hotel in Chandigarh was a tourist attraction but didn’t survive as a business. Only spinner Dilip Doshi showed good acumen as the India distributor of Mont Blanc. Dhoni, though, it seems, is made of sterner stuff. 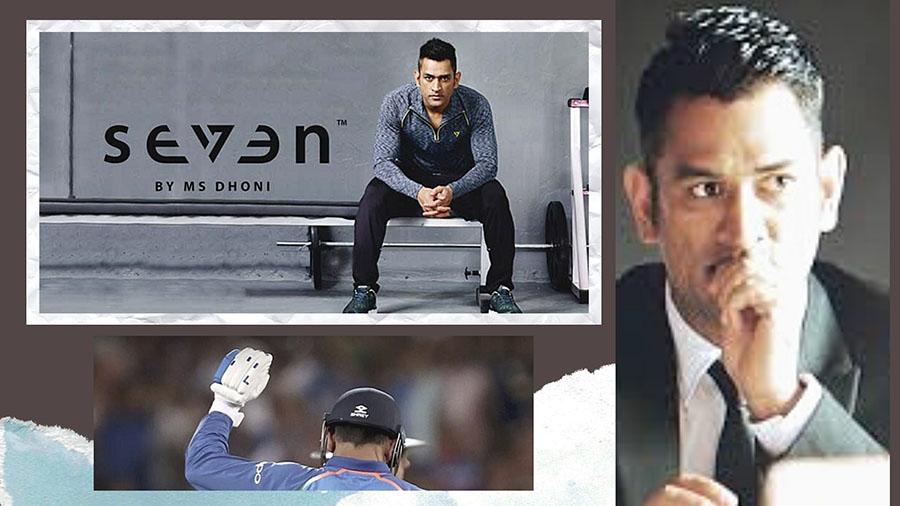 Given his stature and immense popularity, another very lucrative area of work for Dhoni can be the joining of the Boards of large companies. I am sure many would want him to sit and strategize with them. He can hold office as a director, including any alternate directorship, in more than twenty companies at the same time: Provided that the maximum number of public companies in which he can be appointed as a director shall not exceed ten.

He just has to ensure that he makes choices carefully and goes for only the very best. His wife joining the Board of an Amrapali entity, led to much misery and unhappiness for him.

Kapil Dev was on the Jet Airways board, as far as I can remember. But the best example for Dhoni to emulate would be Field Marshal Sam Manekshaw, who was on the boards of Bombay Burmah Trading, Britannia Industries, AV Thomas Industrial Products, Goetze India and Nagarjuna Fertilizers, besides others. If a general could contribute to Board strategies, then India’s cricket captain can too.

Dhoni has shown much love for the army uniform over the years. He was awarded the honorary rank of a lieutenant colonel with the Indian Territorial Army in 2011. In 2015, he became a qualified paratrooper after having completed five parachute-training jumps from Indian Army aircrafts in the Agra training camp. Dhoni in fact joined his battalion, the 106 Territorial Army Battalion (Para), in Jammu and Kashmir on July 31 2019, and carried out duties with the troops being assigned patrolling, guard and post duty. This was the reason the former Indian captain became unavailable for the West Indies cricket tour.

Methinks Dhoni should take a well-deserved break and serve as a colonel with the troops. He will do their morale a ton of good!

Dhoni is just the right kind of guy to join politics. It is a career with no retirement age and the best place to cash in on his fame.

If Saurav Ganguly can be expected to take on Didi in West Bengal, Dhoni could easily build himself a visible station in politics, in his own state and nationally. He sure would make a great Sports Minister, for example. He is young, he is good-looking, he is ambitious, he is well resourced and he is a well-connected person – all good ingredient in a political narrative. He belongs to India’s most secular religion, cricket and he is seen to be a winner.

Navjot Singh Sidhu, has become a good politician and minister. Gautam Gambhir, Chetan Chauhan (he passed away today), Kirti Azad, Mohd Azharuddin, Mohd Kaif and even MAK Pataudi, embraced politics after cricket with varying success. Globally too, Pakistan PM Imran Khan is a shining example to follow. Sanath Jayasuriya and Arjuna Ranatunga in Sri Lanka and Mashrafe Mortaza in Bangladesh are also in politics. So Dhoni has many precedents to look at, and emulate.

I know this is a bit of a Googly. But this is my most preferred job for Captain Cool. Mr Modi should send him to Pakistan as India’s Ambassador. He has the brains, he has the charm, he has the poise, he has a strategic mind, and he has the coolth! I am mighty sure he will be able to handle our most problematic neighbor with necessary firmness and without getting worked up. His fame as a cricketer will surely help in that equally cricket crazy country.

Edmund Hillary came to India as the Ambassador of New Zealand in 1985 and did a fabulous job. Dhoni could go one step better. Of course, if Dhoni doesn’t want to go to Pakistan, Australia and England are good alternatives too! Whatever Dhoni does, I am sure he will make a success of it. He has the willingness, the tenacity and the focus of a winner.

Or, maybe, it is time for a sequel to his biopic MS Dhoni – The Untold Story with himself in the lead role?