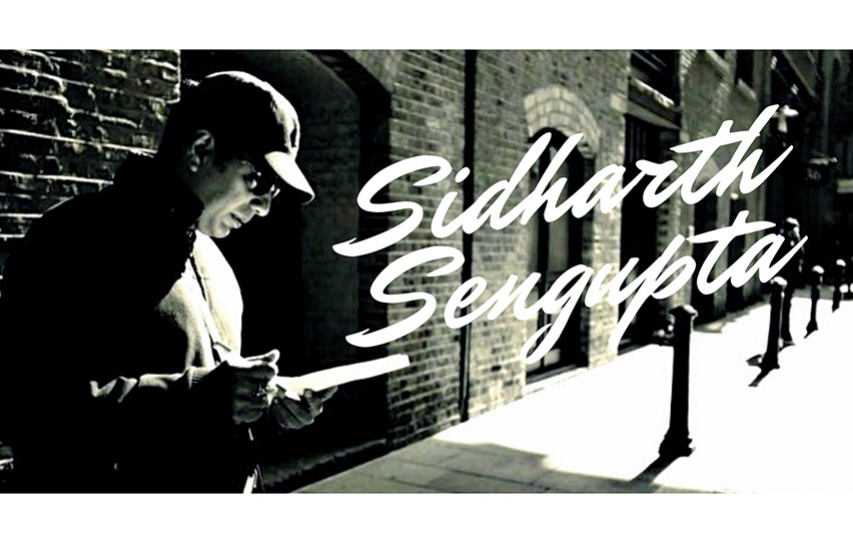 Aparajita Krishna makes a tortoise run, and faster than a hare, when she wants. Here she makes a reclusive but one of the most accomplished television storytellers and creators, Sidharth Sengupta, talk.

Sidharth Sengupta, alias Goldie,  is a very accomplished television and web-series/digital content director with a count of over 3000 episodes. He began his professional tryst with serial Ghaav which aired on the first day launch of Sony Entertainment Television in 1995 and with Zee TV’s serial 9 Malabar Hill (1997-1998). He has also been a writer, producer of television content. For viewers of the present or recent present Balika Vadhu (Colors) would ring a TRP bell. His upcoming web-series interestingly titled Yeh Kaali Kaali Ankhein is advertised as ‘A complete mind-bender psychological thriller coming on Netflix’.

Everyone’s favourite actress Renuka Shahane says of her television director, “He is one of the most consummate storytellers we have, technically brilliant, has a great ear for music and can direct both intense and subtle subjects with ease. He is a joy to work with.”

I get talking with the very talented, experienced and feted Sidharth Sengupta on his work, the Indian television scenario and his own footprint.

You went on to make a very fine space for yourself on Indian Television.

Someone up above has been kind to me. I have been fortunate.

Can you recall how many episodes you would have directed till date?  Thousands…

Yes, I would have directed around 3000 episodes by now, if not more. 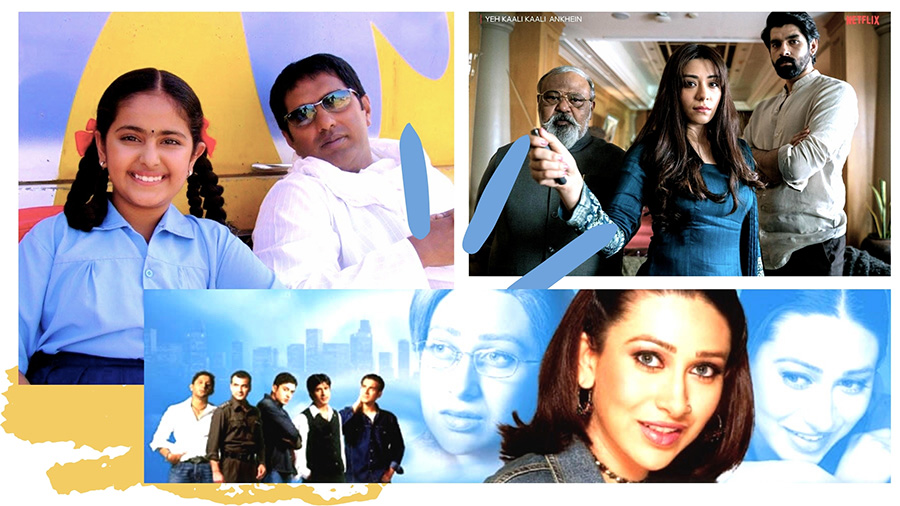 Do inform about your educational background and family.

My parents are doctors. My father retired as a general in the army. My mother was also in the army but she took early retirement soon after her marriage. I have a younger brother. I did my schooling in DPS, R K Puram, Delhi and graduated from Delhi University.

Was anyone in your family connected with TV, films, theatre?

For the record when and how did your tryst with Indian television begin?

Although I have stayed in a lot of places as my dad was posted all around the country, we settled down in Delhi for our schooling and college years. Just out of college, I have had my share of not knowing what to do in life. My father was in the army and I was (still am) very fascinated by it. So I appeared for the selection but failed the interview process. I had graduated in mathematics but wasn’t keen on pursuing a career related to that in a routine job.

But films and music were my passion. My mom is a big film buff herself and she used to take us for every film in town in our growing years. I remember my brother and I had seen Sholay every day for a month in Mizoram when my Dad was posted there. So I thought I would give it a shot. Two Saurabhs were instrumental in helping me to begin. My brother, Saurabh Sengupta, was then a copywriter at Everest Advertising in Delhi. I asked him to write something for me. He wrote Ghaav. In the meantime, my mom had asked me to read ‘The Count of Monte Cristo’. Inspired by it, I wanted to tell a revenge story. That’s how 9 Malabar Hill was born. Saurabh Shukla wrote it. 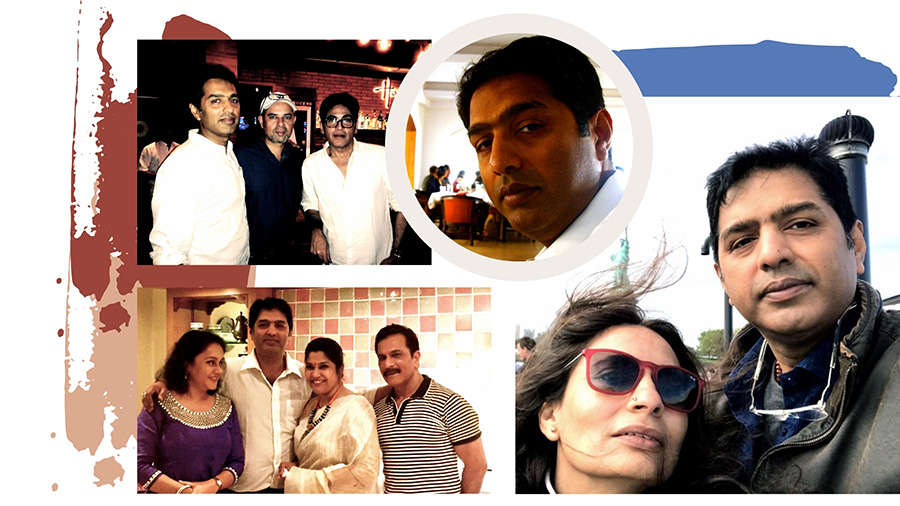 Which TV programmes influenced you and shaped you?

Films influenced me a lot. I grew up on Vijay Anand, Salim Javed, Amitabh Bachchan! Also on a lot of classics like Lawrence of Arabia, Day of the Jackal, Chinatown etc. I saw each show of Scarface for seven days! Also I used to read a lot those days, a habit I miss now. On television I remember I loved Malgudi Days, Karamchand, Hum Log, Buniyaad, Naqab, Udaan, Nukkad, Bibi Natiyon Wali, Tamas. Among the foreign shows I loved The Old Fox, Bodyline, Dynasty, Bold and Beautiful, Santa Barbara etc.

There were many. Some of the names I don’t remember now. In the pre daily soap era, I used to do the whole show; but with the advent of daily soaps, I only set them up i.e., do the first ten episodes or so, set the tonality and characters. Hence there were many shows. I think the longest shows in the daily soap era that I did were Aek Chabi Hai Pados Mein, Balika Vadhu and Gulaal. 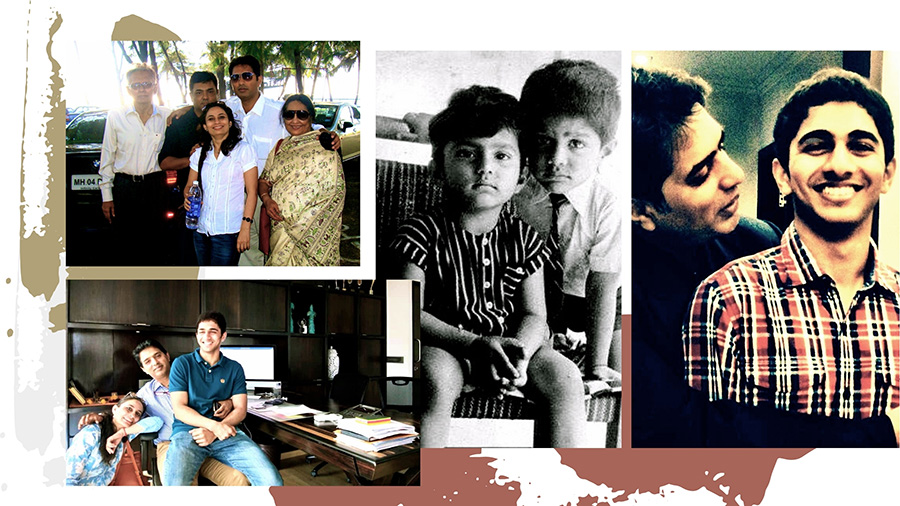 Which is the work dearest to you and which you are not so fond of, if it is so?

Pre Daily Soaps: 9 Malabar Hill is the closest to me, Mrityudand

Daily Soaps: Aek Chabi Hai Pados Mein was the dearest to me definitely. The characters remained the same, it had episodic stories. So there was an immediate beginning, middle and end  to the story. Balika Vadhu too. It had brilliant writing and some great actors. Also I love children – I love working with them. Avika (Anandi), Avinash (Jagya), Phuli (Faiza), Shivam (Viren),  Gracy (Nimboli) and Sparsh (Kundan).  Ha ha I am not mentioning the ones I did not like.

Now in the streaming-digital times you are working on web-series. Do inform us regarding them.

My first web-series that I created, co–wrote screenplay, directed and produced (with my partner Jyoti Sagar) is Apharan (Dec 2018). Then I created and wrote a screenplay and produced Undekhi (2020). It was directed by Ashish Shukla. Currently I am filming a show for Netflix.

You have worked with a line-up of very good actors. Do assess them. 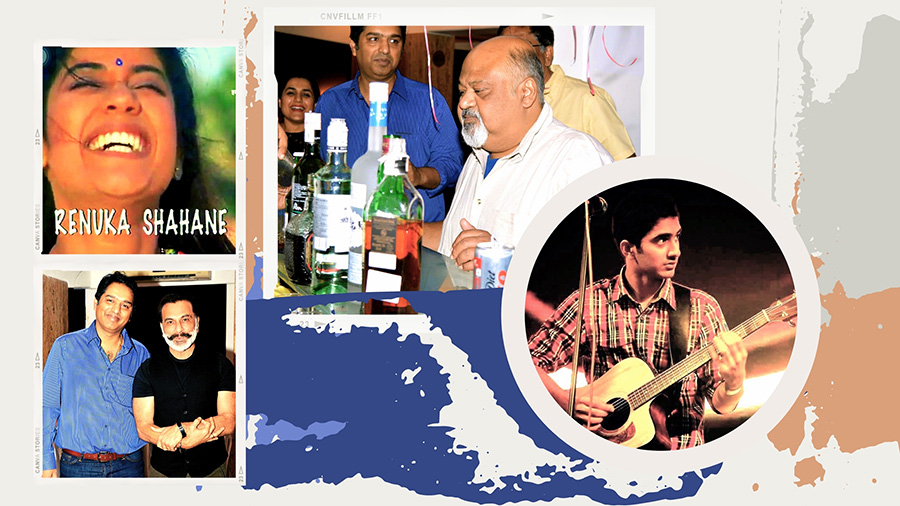 Playing a devil’s advocate (rather chief justice). What ails our contemporary television entertainment content? Say as compared to the fare from the UK, USA, even Korea, Indonesia, Pakistan. We started off with a very matured TV fiction content back in DD days and early 1990s in the early satellite years, refer to  Swabhimaan, Shanti as daily also, and then came to a sameness in all of it. Non-fiction ofcourse are mostly licensed shows barring some. It is our music programmes that have over the years really worked around original format, say Antakshri, Sa Re Ga Ma of yore. Even Indian Idol has thrown good talent.

Television today, as compared to when it started, has become a very big business. It’s in the number race. The business of heart has become a business of mind. So much so that a program must run from the time of its birth - no time for crawling or growing up. Now every program cannot start from that mark. Emotions need time to flower. So more emphasis is given to sensationalism, which, most of the time does not connect with the audience as it comes across as a heartless sequence of events with no emotional relativity. Thus most of the shows don’t do well.

Also, to write daily soaps is not easy. It’s perhaps one of the toughest jobs to do. It needs expertise and time to develop and write.  Most of the times the show has a very thin line and not too much in content but they still do it to meet the demand of new content. We must know why a story needs 100 episodes to tell before putting it on air. Because of such pressures, television no longer remains a book (the way it started) and now has become a daily newspaper that must have engaging content so that we wait for it the next day too. 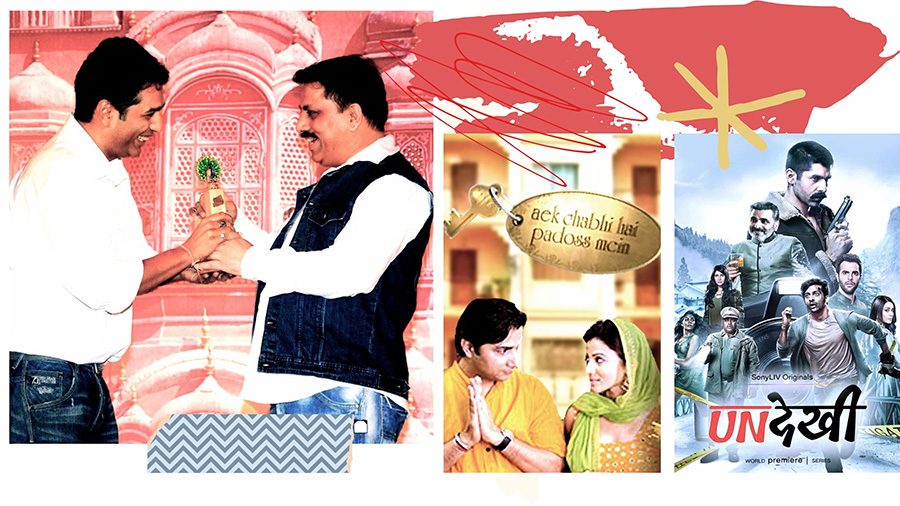 Do update on your current, most recent work for digital-streaming-web space.

I like pulp and make the same too. I have just finished shooting for my new show for Netflix. I have been extremely fortunate with Apharan and Undekhi and am keeping my fingers crossed that this is well received too.

Do give a brief summary on the shooting logistics in the time of coronavirus, social distancing and mask wearing etc.

Shooting during these times is extremely demanding as apart from the shoot itself, one needs to be careful about one’s own health and also about others. We have been extremely stringent about following the norms and have been well supported by Netflix in the same. So we had a designated department and team who would do a thorough check before, during and after the day’s shoot. The productivity does take a beating but we need to collectively adapt to the precautions in order to fight this new monster.

Tell us about your wife Sujata and son Shivam’s work/engagements in the present.

My wife Sujata and I go a long way back since we were in our teens. Her father was serving in the Air Force so she too has a defense kid background. She has always been my biggest support. She used to be a nursery teacher and even now she follows her passion through an online channel, Fun Times Nursery Rhymes.

My son Shivam has just graduated from the prestigious Berklee College of Music, Boston and follows his passion for music. He and his partner Anuj Danait have been giving music for all my OTT shows: Apharan, Undekhi and now the Netflix one, Yeh Kaali Kaali Ankhein.

And lastly how come we have not seen you as a feature film director yet?

I have not done a film till now – hmmm, I guess I got into the comfort zone of  TV and its regular money cushioning. Got lazy there. So now with OTT, I am reevaluating and evolving myself. Starting from scratch yet again in my 50s ☺… and there is so much to learn. Fingers crossed.