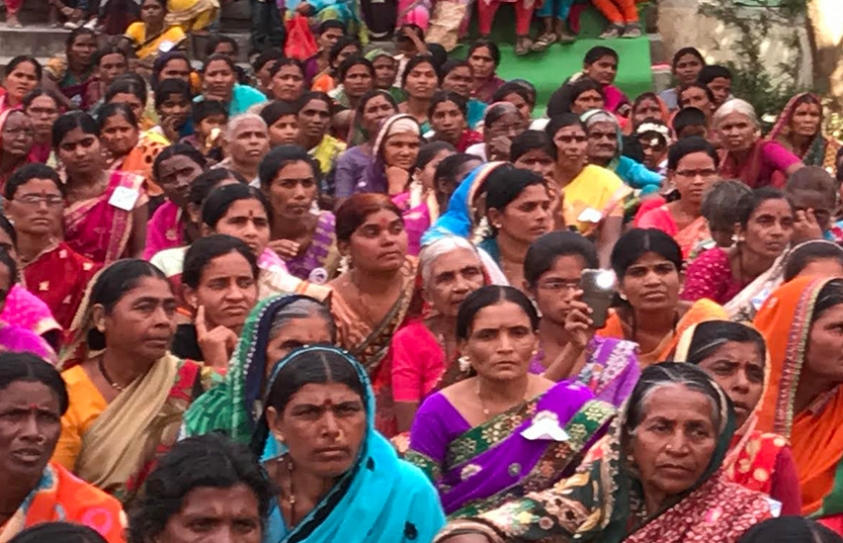 Vinta Nanda of the Asian Center for Entertainment Education (ACEE) was invited by CORO to attend the Single Women’s Conference on Saturday and Sunday, March 25 and 26, 2017 at Ambejogai, District Beed, in Marathwada, Maharashtra. Along with DeepaBhalerao, Director Programs ACEE, Nanda spent the two days listening to the stories that women had to tell and collecting insights to share with creative communities of the business of entertainment, Mumbai. The EkalMahilaSanghatan (Single Women’s Conference) showcased the work done by CORO, EkalMahilaSanghatan, Marathwada, and other organizations working for the cause of Single Women and their concerns and to create a plan of collective and committed action as the way forward. 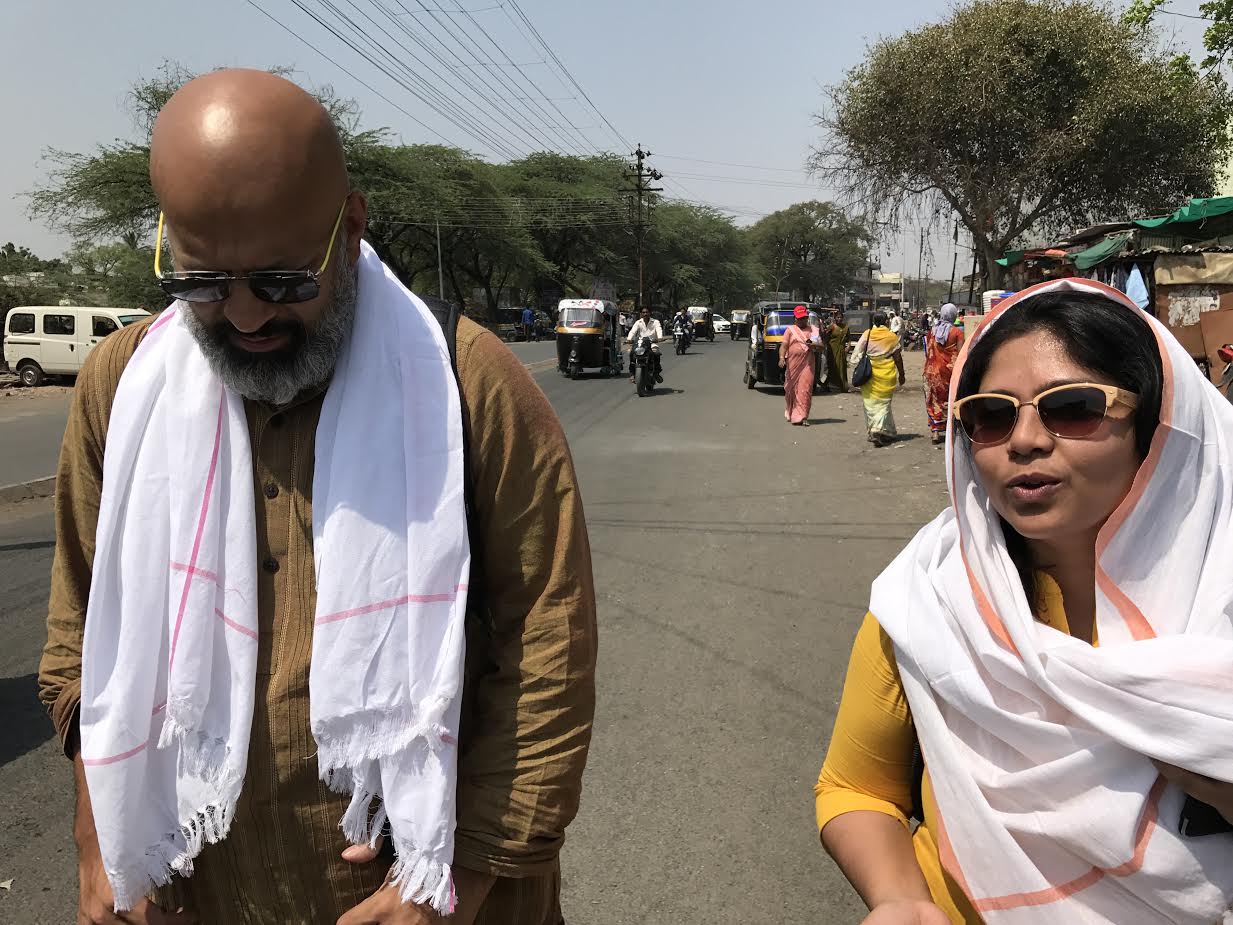 The EkalMahilaSanghatan by CORO saw an attendance of more than 500 women from the Marathwada region of Maharashtra. The objectives of the Conference were to disseminate the knowledge on single women’s situation, problems, issues and their perception, to bring all stakeholders together to discuss the current scenario and plan joint actions, to give opportunity to the women to get united, express their thoughts & talents and understand the power of unity, to plan larger level actions for advocacy on issues and to connect different networks, organizations, individuals, institutions working on the issues in Maharashtra. 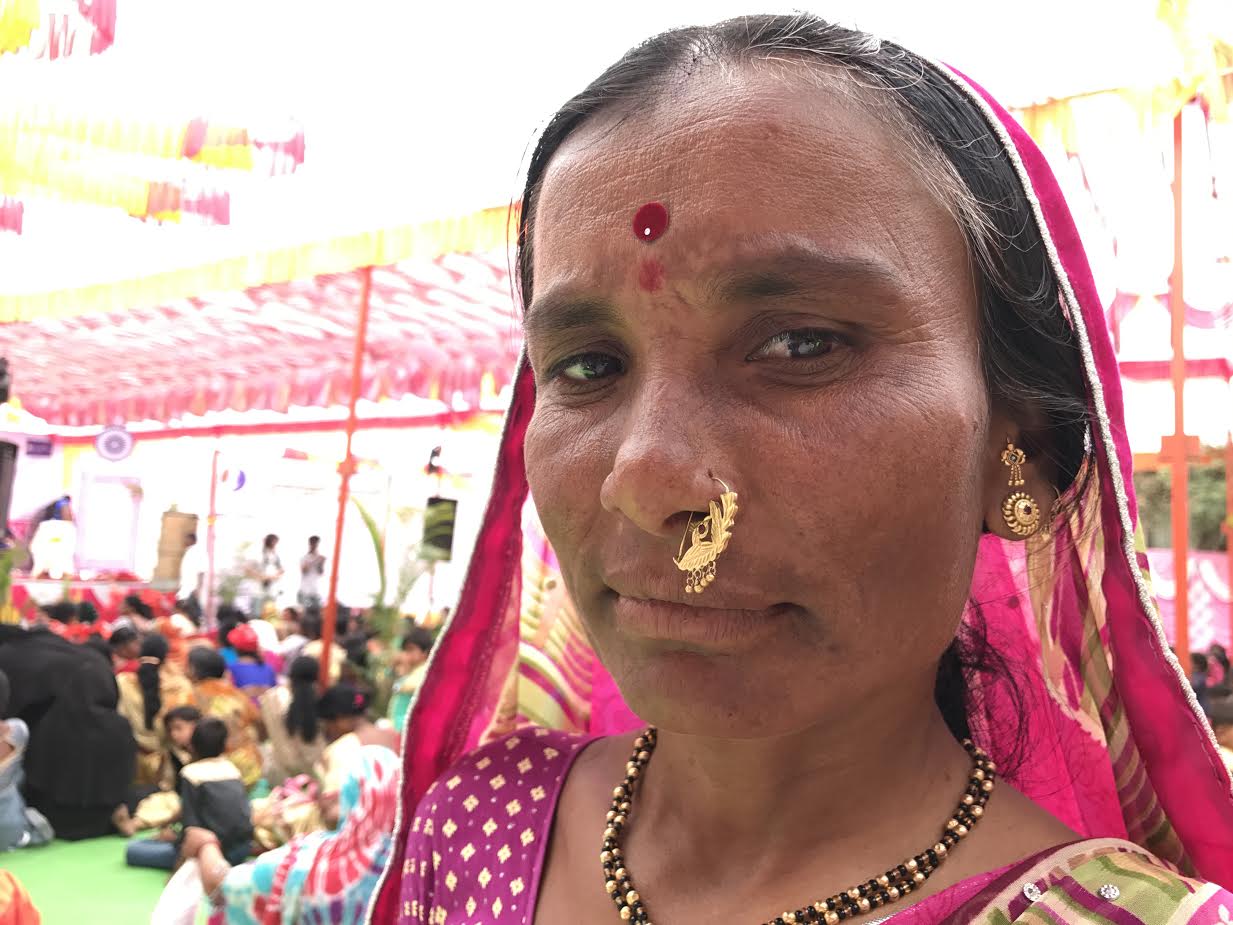 A rally marked the beginning of the first day of the conference. Single women from all over Marathwada, invitees from the EkalNariSangathan in Rajasthan, and invited guests carrying a banner displaying the Preamble to the Constitution of India, gathered at a prominent square in the town, and proceeded to march on the main road for a kilometer, shouting slogans on gender equality, rights bestowed by the Constitution and the power of women. With vigour and a sense of purpose they entered the conference premises. 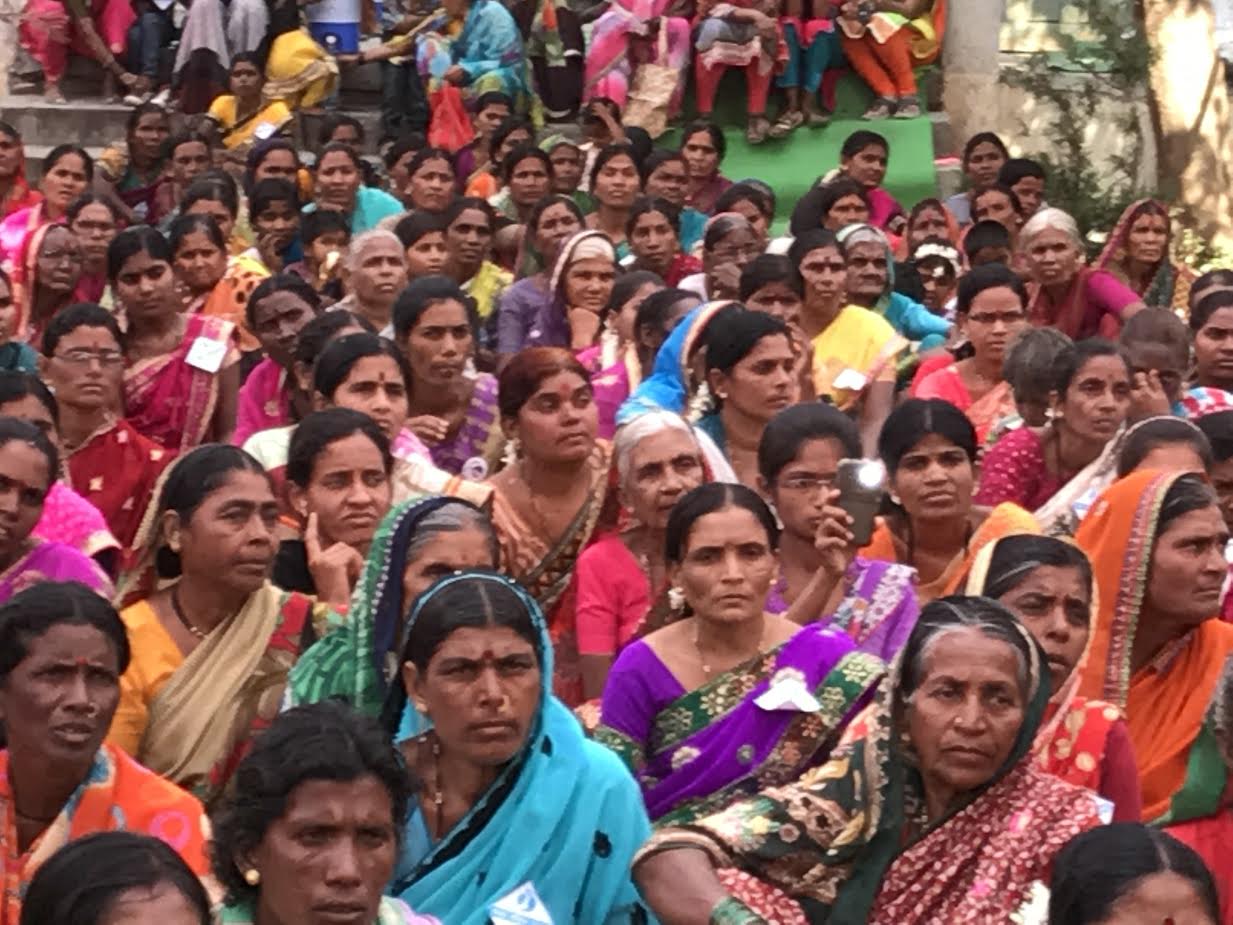 A symbolic breaking of the Wall of Social Stigmas marked the inauguration. In a moving display of feeling, women charged the wall and broke it into pieces, vowing to destroy oppressive social norms that discriminate against single women. Ashalata Pande, a grassroots leader, and representative of EkalMahilaSanghatan conducted the program. She introduced the speakers for the inaugural function calling upon each one of them to address the gathering. 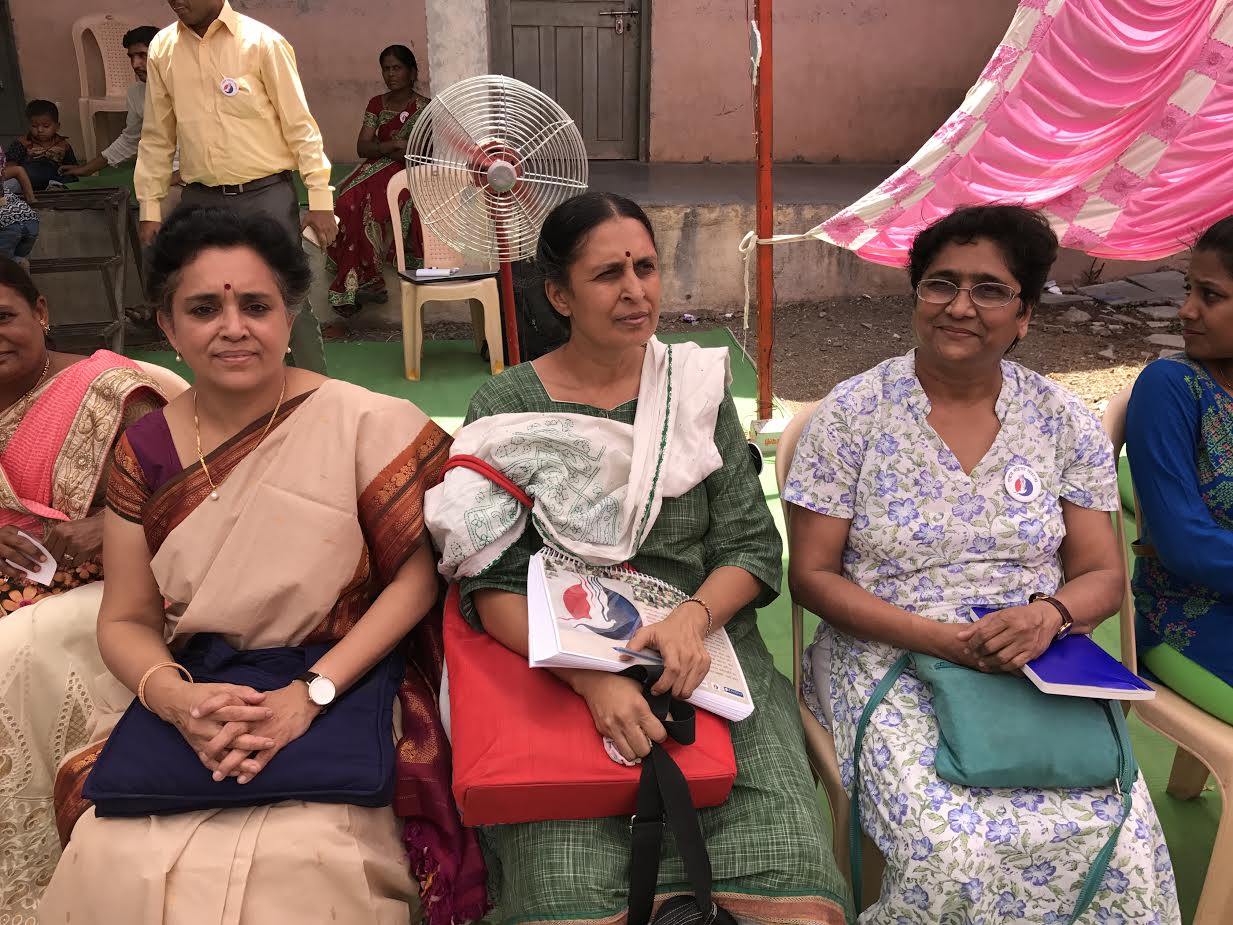 Luis Miranda- Trustee, CORO applauded the women’s courage and wished them all success in their endeavor to reclaim their rights as guaranteed to them by the Constitution of India. Dr. DwarkadasLohiya – Senior Activist of socialist movement, said that the courage displayed by the women who are single by choice or by circumstance is worthy of appreciation. He said that patriarchy has its roots in maintaining the gender discrimination status quo. He urged the women to find their voices and not accept the paradigm of inequity placed before them. He expressed his confidence in the strength of the women. 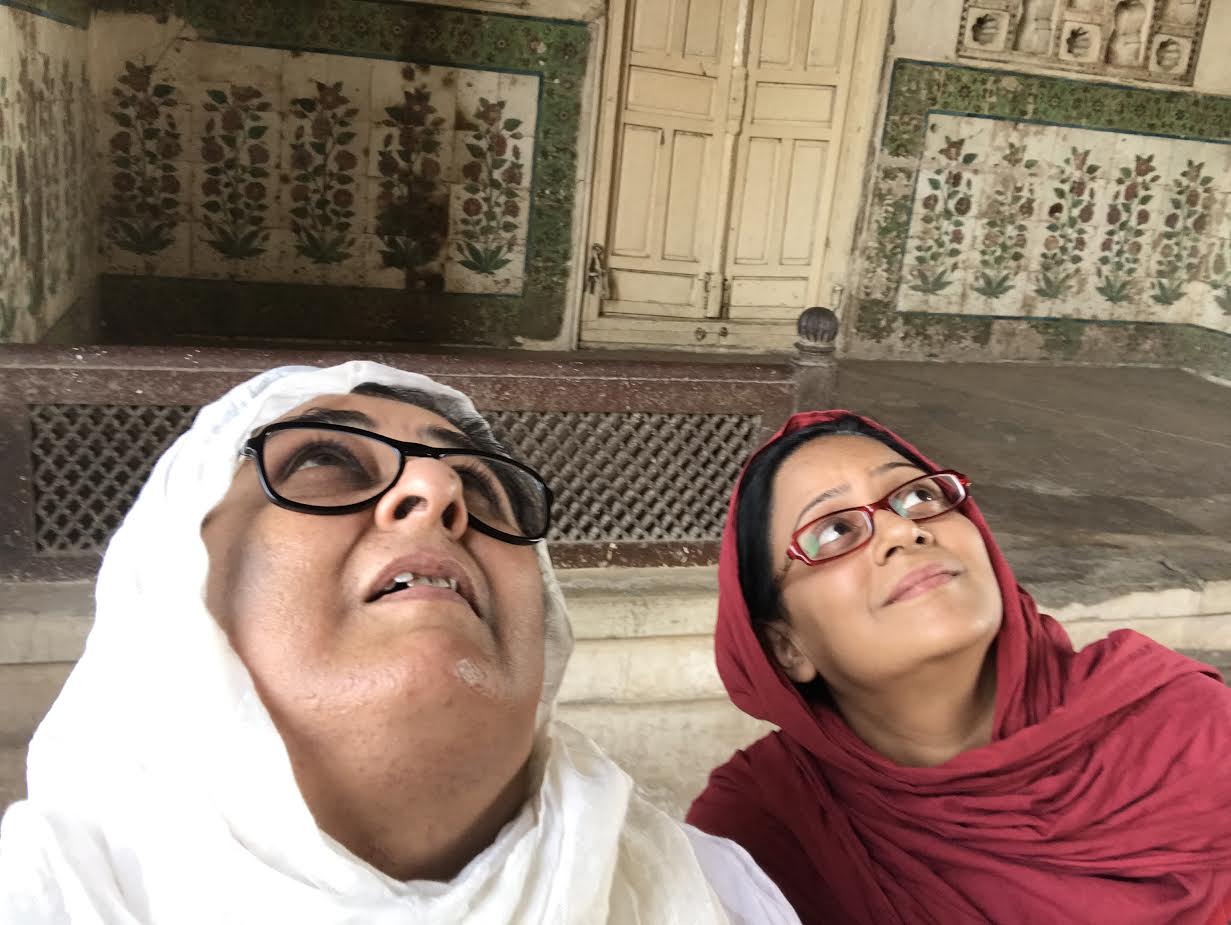 MangalKhinsara, Women’s Rights Activist called upon the women to start valuing themselves and prioritizing themselves. She said that the teachings of DrAmbedkar and the rights given by the constitution are the best place to locate the struggle for women’s equity. Pawan, from the EkalNariSanghatan, Rajasthan spoke about how a similar movement was active in the north of India, where women were battling similar prejudices and had taken significant action through the federation which comprised a total of 1 lakh members from all over the state. 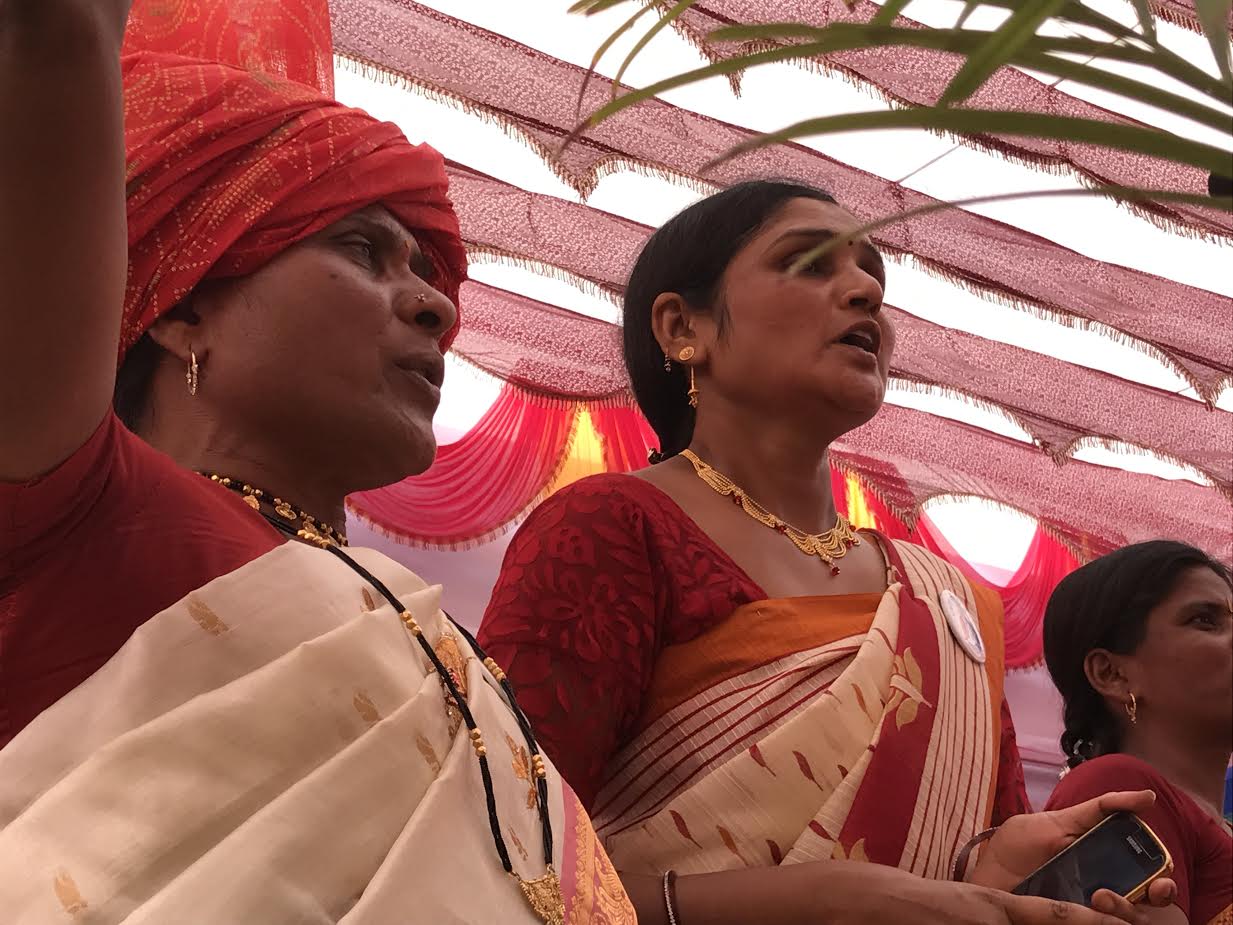 She spoke of the strength of a large group, which was evident, once the women decided to work together. Dr. NoorjehanSafiaNiaz – Co-Founder of Bharatiya Muslim MahilaAndolan, spoke eloquently on the status of women in the Muslim community, their challenges, and the need to codify Muslim personal law and address the issue of Triple talaq which is prevalent in the community. Adv. PallaviRenake – Ex-Member State Backward Class Commission, Government of Maharashtra; and President of Lokdhara, a national alliance of NT/DNT, Maharashtra spoke about the issues faced by women who belong to the DE notified tribes (DNTs) in particular and within the context of the problems faced by the community in general which have no identification papers and do not possess land.

Anwari Khan, a grassroots leader spoke on the need to overcome challenges and not get pressurized to bow to oppressive social norms. A few more women leaders from the various parts of Marathwada spoke on their experiences and journeys towards self-reliance, steps toward strengthening the federation and the need to stay inspired. Study on Status of Single Women in Marathwada was shared. This study was conducted by the women themselves and insights were revealing of the need for more work on the issues concerning them in Marathwada.

IndaviTulpule, tribal rights activist, Dr Lakshmi Lingam, Professor, TISS, and SujataKhandekar, CORO. The speakers lauded the efforts of the women of the Sanghatan in their different endeavor’s, from asserting their rights, to the carrying out of the survey by the women themselves. The speakers inspired and upheld the women’s journey and reminded them to never compromise on their self-worth.

The program included a talk, ‘MiSavitriBoltay’ on SavitribaiFule, the first woman in India to study and teach young girls. The presentation by a member of the Sanghatan and a theater personality and activist was a moving elocution on the tough journey of SavitribaiPhule. The program’s grand finale was a pledge taken by participating women with the Constitution of India as the witness, to strive for equality and rights as guaranteed by it.

Vinta Nanda and DeepaBhalerao interacted with the participants and with the guest speakers. Nanda documented the entire two day proceedings on film and put up live feeds of the program on social media. The program ended on a high note and a renewed vigor to carry on the work which has been taken up with so much enthusiasm.