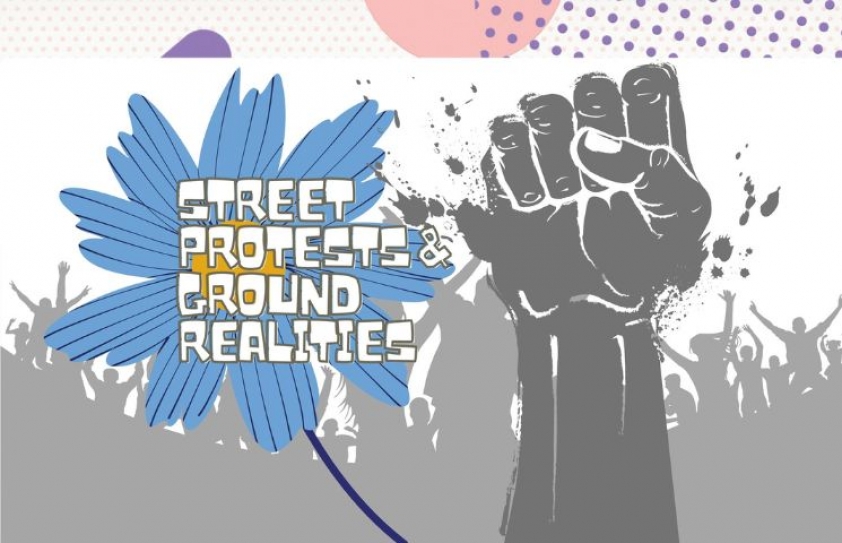 The country’s youth on the streets, protesting against the newly introduced recruitment scheme to the armed forces, Agnipath. With unemployment peaking, there’s so much worry across all counts, writes Humra Quraishi.

Ground realities have been deteriorating in recent years spreading gloom and despair like never before. And even as the establishment continues to come up with hollow and hyped slogans, anger continues to rise. There’s never been a day peaceful in the country since 2014, when the BJP formed the government. Masses were awaiting miracles to happen soon after the Modi government took charge, as was promised in the speeches made by the Prime Minister at many political rallies, but only disappointments followed.

The year 2016 will always be remembered for ‘notebandi’ (demonetization) - one of the biggest setbacks for the citizens of this country. So many innocent people died. They weren’t able to take the strain of standing in long queues at the bank counters. They were perceived as dole seekers or thieves when they were withdrawing their own hard earned money.

In 2017, for the first time in the recent history of India, farmers travelled from the far flung regions to reach Lutyens’ Delhi. They squatted right in the middle of the capital city, bringing focus upon their plight. And in 2021, hundreds and thousands of India’s farmers took to protesting at the Delhi borders and in several states of the country. They were angry with the passage of the three Farm Bills, they wanted the controversial Bills to be rolled back, highlighting that the government didn’t bother to consult them nor take their consent before passing the controversial bills in the parliament.

People’s anger was already spilling out on the street, during the anti-CAA-NRC protests and the aftermath that followed - the horrific manner in which activists, students, scholars and researchers were hounded, attacked and beaten inside the safe havens that their hostel premises provide to then in the university campuses of New Delhi.

The deterioration continues of course, with unemployment and the economic crisis casting the darkest clouds over people’s lives. Communal violence is unimaginably routine. I have witnessed several communally charged phases in the recent history of India, but the brazen manner in which the government maintains a silence and allows the fringe to go at it, today, with the support of the state machinery, is a first. With the political climate turning murkier, myths are manufactured and facts get twisted. Distortion of the truth is an everyday phenomenon.

Omar  Khalidi’s  book ‘Khaki and the Ethnic Violence in India’ (Published in 2010, by Three  Essays Collective) holds up to this day. In a democracy the composition of the Police and Paramilitary should not matter, but it does if the democracy is itself going through a crisis. During the course of an interview in January 2010 (months before his death),  academic- author Omar Khalidi, had told me, "Most  of the  Intelligence  agencies and  paramilitary forces in India  do  not  mirror  the diversity of the  national  population. Since Muslims are not well represented in the IPS, there is every justification for reservation for them.” 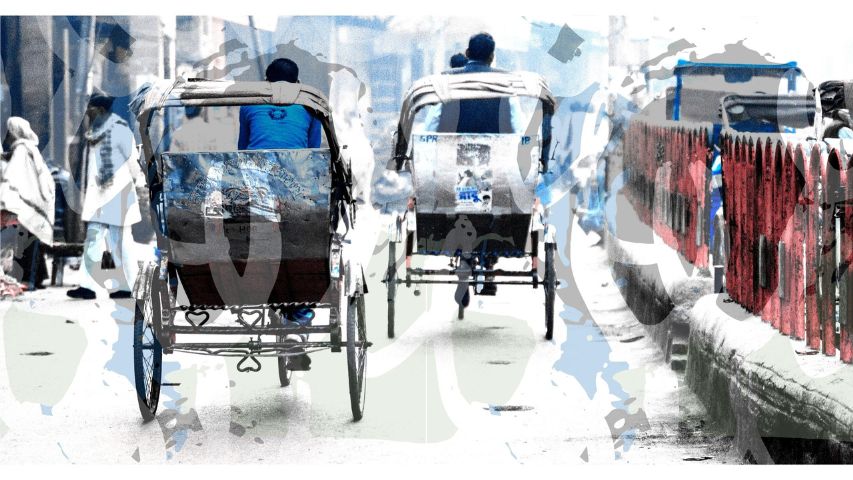 Khalidi also detailed that the decision of keeping Muslims out of the police force wasn’t a recent one but taken years back. He said, "When on  the  recommendation of the National  Integration Council  (NIC) in 1969,  the Home Minister Y.B. Chavan merely broached the idea of recruiting  Muslims in the police force, the Bharatiya Jana Sangh (BJS), the precursor to the  Bharatiya Janata party (BJP) opposed it as 'an invitation to disaster.'”

And as the interview progressed, Khalidi, who was attached then to the Massachusetts Institute of Technology (MIT), Cambridge, Massachusetts, USA, and had been writing extensively about the Muslims in Independent India, focused on the fact that Muslims were far better represented during the colonial rule. He said, “Minorities were better represented in the colonial army and police than today. Intelligence agencies and paramilitary forces in India do not mirror the diversity of the national population. Assam Rifles, India's oldest paramilitary force, is composed primarily of Gurkhas, both Nepalis and domiciled. And though Assam is nearly 30 percent Muslims, few Muslims are found in the Assam Rifles.”

Khalidi also focused on the low percentage of Muslims in the police force of the country. He also drew contrasts between the police composition in colonial  India and the changes that were made to come about after Independence. "The division of British India in mid-1947 and the abolition of the Princely States heralded major changes in the composition, though not in the organization of the Police. On 30 June 1947, the Indian Police consisted of 516 officers, including 323 Europeans, 63 Muslims and 130 Hindus and others. The overwhelming majority of the British officers opted for retirement and compensation for loss of career and practically all the Muslim officers opted for Pakistan. The police officers of Punjab and Bengal were to be divided on communal lines. The Punjab Police had a total strength of 35,457 at the beginning of 1947. East Punjab was left with only 30% thereof on 15 August. The Hindu officers and men in the N.W.E.P and in the Sindh Police were allowed to migrate to India. In the  remaining  provinces,  a  large number of  Muslims from the ranks of the Dy. S P (Deputy Superintendent of Police) to constable were likewise allowed to migrate to Pakistan. This resulted in a serious depletion of the police in all northern princely states of India, and to a lesser extent in Bombay, Madras, CP and Orissa."

Commenting on the ethnic and religious composition of the security forces in India, he detailed, “There is a clear and consistent pattern of recruitment in the army. The army’s infantry regiments are still recruited in states and areas with ‘martial races’, i.e. in Punjab, Haryana, Himachal Pradesh and western UP. These so-called “martial races” are Hindu, Sikh and Gorkha. There are very few Muslims among the jawans and still fewer among the officers. Officers are fewer partly because Muslims’ educational level, and thus the ability to compete in the UPSC examination, is poor. Dalits are also conspicuous by their absence. Christians are well represented in the officer class. The Rapid Action Force of the CRPF has a good representation of Muslims. The composition of police is also somewhat similar. There are far fewer Muslim police officers, and within that a tiny number of IPS officers.”