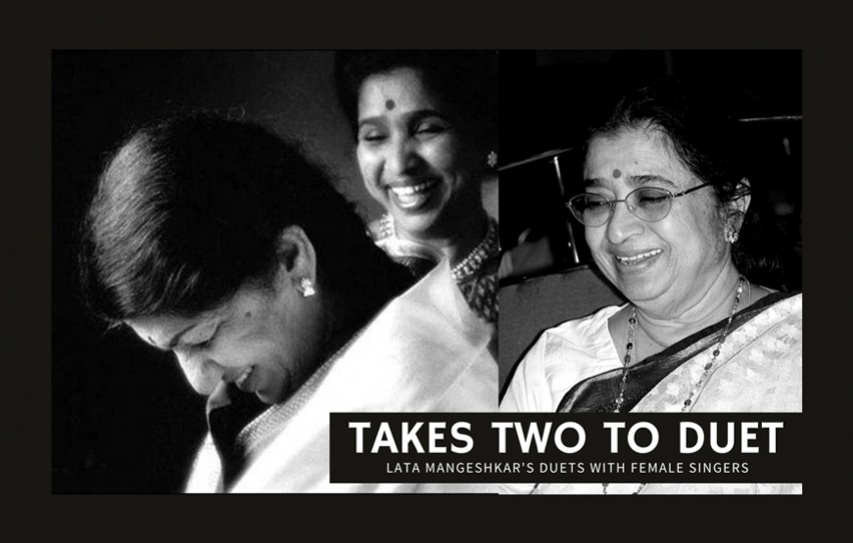 Anil Dixit handpicks a selection of rare film duets in which other female singers matched up to the skills of the Maharani of Melody, Lata Mangeshkar

In the constellation of film singers, Lata Mangeshkar has been the prima donna for decades. However, there was a time when other female singers were more popular with both the public as well as other music directors.

With Lata’s breakthrough in the late 1940s, thanks to Andaz, Dulari and Barsaat she speeded way forward. Indeed, Dulari (1949) as a Naushad soundtrack is luminous but perhaps lived under the shadow of his Andaz in the same year.

By the early 1950s, Lata had firmly established herself as the singer of first choice. Other female singers simply had to make way and fight for a distant second spot. Here I explore a selection of duets of Lata with other female singers where they held their own.

Most of Lata’s duets with other female singers are with the Mangeshkar sisters Asha and Usha but there’s a significant number with Geeta Dutt and Shamshad Begum too. 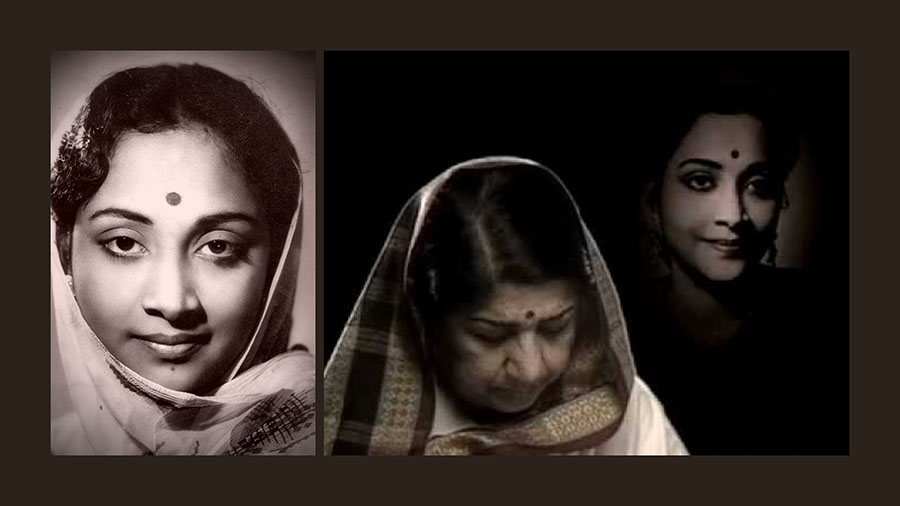 July 20 was Geeta Dutt’s death anniversary. She passed away at the age of 42 in 1972. To borrow a quote from the late Raju Bharatan, Geeta was Thandi Hawa Kaali Ghata rolled into one. With a voice as sweet as honey, she was a long-time favourite of S.D.Burman and O.P.Nayyar.

Lucklessly, she lost sway first to Lata and then to Asha Bhosle because of her rocky private life with Guru Dutt. One of their earliest duets is probably Jawani Ki Rail Chali Jaye Re in C. Ramchandra’s Shehnai. A bulk of their work was in the 1950s and I would highlight the peppy Akhiyan Bhool Gayi Hai Sona in Vasant Desai’s Goonj Uthi Shehnai.

By now Lata was giving playback for lead actresses, while others were singing for the supporting cast.  Geeta’s energy is more than a match for Lata’s refined vocals going on the heroine Ameeta.

This 1953 movie features Kishore Kumar, Bharat Bhooshan and Vyjayanthimala. According to Film Geet Kosh, the movie had three music directors – the pair of Sudarshanam-Dhaniram and C. Ramchandra. This song was composed by the duo. The orchestration is minimalist.

As an aside, do listen to Lata’s solo in the same movie - Sajna Aaja Daras Dikha Ja composed by C. Ramchandra and note the use of the mandolin, which is rarely heard these days. 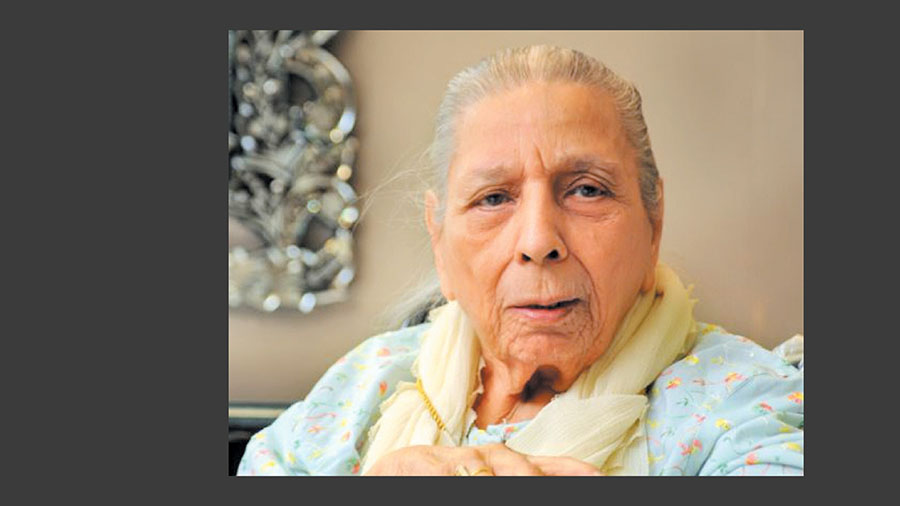 She was the go-to singer for most music directors in the 1940s. The heavier voices of Shamshad, Noorjehan and Rajkumari were in vogue. Shamshad and Lata rendered several duets. I start with one of their final ones in Mughal-e-Azam, the celebrated qawwali. Lata rarely sang qawwalis but seems to have made an exception for this magnum opus.

Even with Shamshad, one sees a clear trend of composers moving away from using her as a lead singer by the late 1940s. In Dulari, Shamshad was relegated to just two songs on Geeta Bali with Lata getting the solos for Madhubala and two duets with Rafi.

With the Mangeshkar Sisters 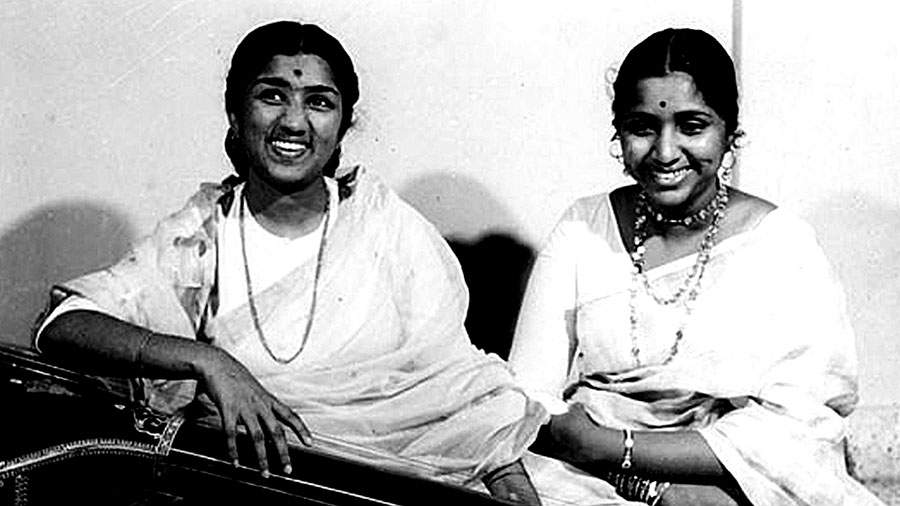 Lata-Asha perhaps deserves a separate category but among their milestone songs, Laxmikant-Pyarelal’s Man Kyon Behka, for Utsav is probably familiar to most. The song utilises their respective scales beautifully, Asha at a lower scale and Lata at the higher one. Lata’s most prolific combination with another female singer has been with Asha.

Shankar-Jaikishen, that peerless factory of hit music in the 1950s and 1960s utilised them frequently in movies such as Chori Chori - Manbhavan Ke Ghar Jaye Gori, Professor - Hamre Gaon Koi Aayega and Basant Bahar - Kar Gaya Re, among others.

Naushad’s Mere Mehboob also featured two duets including the popular Mere Mehboob Mein Kya Nahin For those who like the use of crisp percussion in songs would do well to listen to O Chaand Jahan Woh Jaaye from Sharda by C. Ramchandra.

The two sisters who danced to Manbhavan Ke Ghar – Sayee & Subalakshmi – also danced a year earlier to Aplam Chaplam, Dilip Kumar’s comedy – Azaad – tuned by C.Ramchandra again. The only difference was this was a duet with Usha Mangeshkar. Surprisingly, Usha has the second highest number of duets with Lata after Asha. Sadly most of them are not as popular or well known as the Lata -Asha duets. 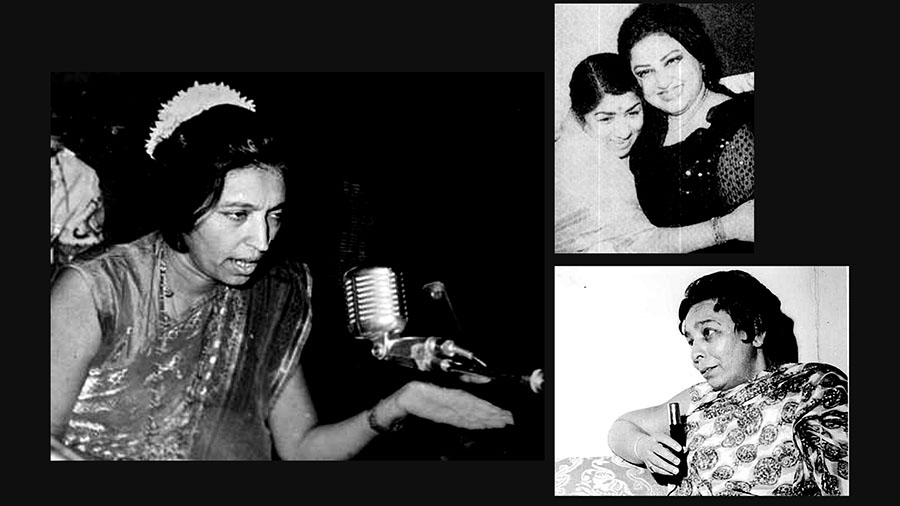 There are female singers with whom Lata rendered only a few songs but they are memorable. The first that comes to mind is the foot-tapping Gore Gore O Banke Chore with Amirbai in Samadhi.

Lata also has a handful of duets with Mubarak Begum (for instance, in Baradari, music by Nashaad), Zohrabai, Rajkumari and even approximately five duets with that greatest of singing stars, Suraiya.

As the 1940s ended, music directors had moved almost en masse – with the only exception of O.P. Nayyar – to this silken voiced phenomenon that was Lata.

It was inevitable that the focus changed to composing music around Lata’s unmatched capabilities and Hindi film music, is all the richer for that.