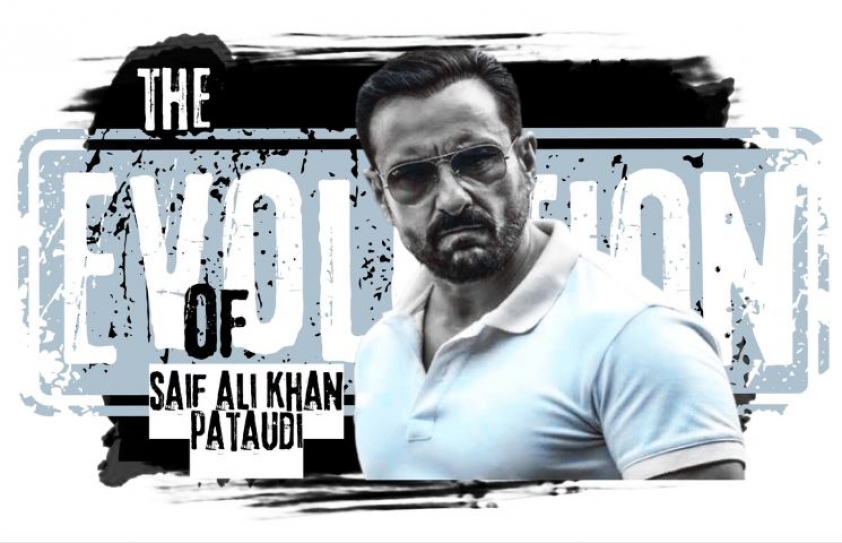 Khalid Mohamed in conversation with Saif Ali Khan, who has grown from yesterday’s ‘chocolate boy’ to an actor of strength and substance, culminating in the film Vikram Vedha.

Call me jaded or faded. Truth is that, today I find only a palm full of actors who can hold a conversation, aren’t self-defensive, nor wont to come across as limelight moths, or insist that they are god’s gift to the cinemagoing humankind.

One of them, is no surprise - Saif Ali Khan, now 52, whom I’ve seen ever since he was the rather restless son, a toddler in fact, of Mansoor Ali Khan Pataudi and the drop-dead-gorgeous Sharmila Tagore whose dimples sent me in a tizzy. Unbeknownst to Junior, I’ve sleuthed him ever since he was a school kid (plump and bouncy), had to quit his first break in Bekhudi opposite Kajol and was introduced in a so-so romcom Aashik Awara (1993) partnered by erm, Mamta Kukarni.

Anyway, this is not a star history lesson. I’m scramming straight to the point, then, and state that I was super-impressed by his performance in the lately released Vikram Vedha - now here’s an actor who’s evolved majorly. Couldn’t help messaging him for a parlez-nous. The next afternoon post-lunch, I was aiming questions at Le Khan, who responded without an awwwww or an iota of evasion. Here then, is the kyon and hey unexpurgated: 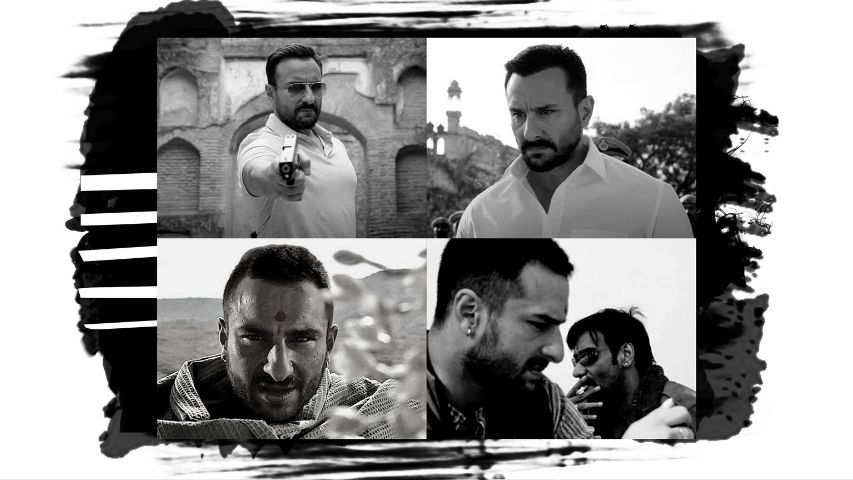 When you approached with the script of Vikram Vedha, remake of the Tamil hit (2017) of ditto name, to  take on R. Madhavan’s role of a metal-tough cop with Hrithik Roshan as the gangster, with let’s say a more crowd-pleasing role, did you think twice or thrice at all?

I didn’t have to think even once. It was a well-balanced script, which blended in elements from Vikram aur Betal… and Betal Pachisi (a collection of 20 tales written in the 11the century by the Kashmiri poet Somdev Bhatt). These are stories told to the wise King Vikramaditya by the witty ghost Betaal.

(Directors) Pushkar-Gayathri, like Abbas Mustan are so perfectly in tune. I’ve worked with another duo, too, Raj and D.K. but they’re decidedly different, they have differing points of view occasionally but resolve them behind the scenes. Ha, it wouldn’t be possible for either of these twosomes to be like dysfunctional families.

Can two individuals seamlessly collaborate on a film and that too on mega-budget production?

Of course. Is that a question? For instance, in Hollywood there have been the Russo Brothers (Captain America and the Avengers series), the Farrellys (Dumb and Dumber, There’s Something About Mary, Green Book), the Wachowskis (The Matrix franchise) and the brilliant Coen Brothers who won major awards for No Country for Old Men, Barton Fink and Fargo.

Would the Hindi version of Vikram Vedha have worked if you had been teamed with, say, Nawazuddin Siddiqui or Jaideep Ahlawat?

It would certainly have to be made on a smaller budget. If I may say so it was a challenge to work with Hrithik, he has such a can’t-take-your-eyes-away-from-him screen presence. So, I wase stressed - the first night after the offer, I couldn’t sleep. But it has all panned out, most of the reviews have given us equal praise. My performance has been called solid, bravura and assured. Naturally there were some who felt that Hrithik ‘stole the show’, which is such a gratuitous phrase. The fact is that Hrithik is fabulous. I liked myself, too, especially the way I pitched my dialogue in the climax.

I saw the film at a preview with Kareena and my son Ibrahim. Taimur and Jeh aren’t at an age where they should be seeing a hard-knuckled film. 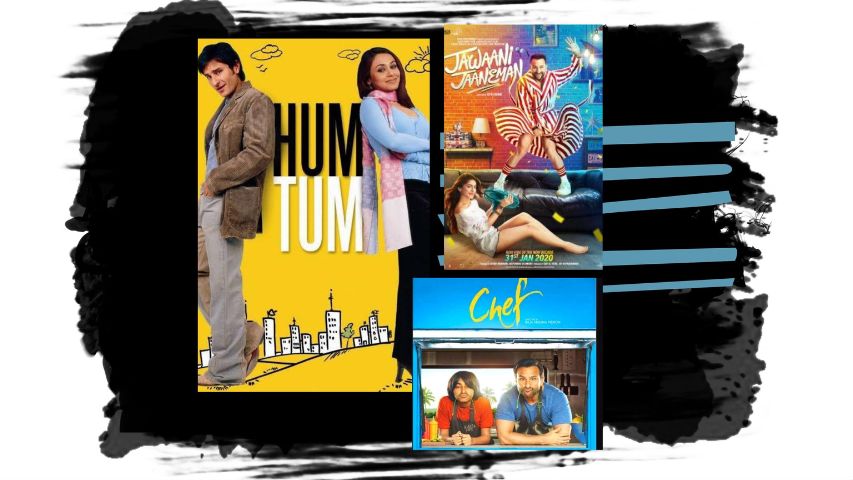 Isn’t Vikram Vedha, a reprise in a way, of your series Sacred Games?

I wouldn’t agree with that. The personality of the cop of Sacred Games, Sartaj Singh, was lonely, depressed, dark  and suicidal at times. Here I was aggressive, a cop who sees life in black-and-white, a straightforward hero.

Wasn’t it contrived that your wife (Radhika Apte) plays the defence lawyer of Vedha?

Contrived or not, but it worked. Radhika’s nuanced performance took it to another level. In a scene, when we talk over the phone, she says, “Everyone deserves a trial.” That needed to be said.

The structure of the script initially focuses on Vikram and then goes on to stay on Vedha. The two face each other way later.

That’s what I found most interesting, the story unfolding by going back and forth. It was as if Vikram was interacting with a demon, not just a caricatured bad guy. That also gave a layering to the script. Gayathri may be a lady but she has a keen sense of action. It was terrific, her giving me all these macho instructions about my gun, walk and voice. So when the directors, a lady and a man do this, you get a 360 degree male and female perspective.

Which was the most difficult scene for you?

None as such but I was unwell one day, during the confrontation scene with Vedha. And that’s it. I still managed to do okay, I couldn’t have possibly cancelled a day’s shoot. Now, I feel confident about doing tough, action roles after Tanhaji and Vikram Vedha. And to think I was described as a chocolate boy once.

Although the plot was located in Lucknow, there wasn’t much of a Lucknowi feel about Vikram Vedha but for the allusion to the nalli nihari.

Quite a lot of the footage was shot in Abu Dhabi, because of the lockdown here. The ‘live’, outdoor scenes were in Lucknow. And we couldn’t opt for the Lucknowi dialect because not many speak like that anymore. Anyway, who’s even speaking proper Hindi in the movies nowadays? I wish they did. 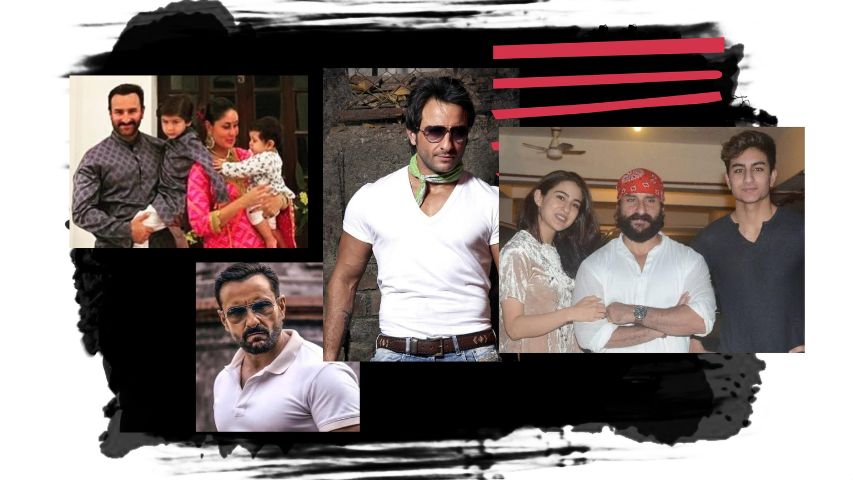 How do you look back on Omkara in retrospect?

Oh, Langda Tyagi of Omkar was a mix of so many characters, as if he had multiple personalities within him, mostly wily and callous. In Vikram Vedha, I was a lighter, pretty emotional person who can even regretfully say, “My friend, you’re dying..”

Which would you rate as your career’s stand-out performances?

At the outset, it was believed that you couldn’t act. Even your mother wasn’t sure about you on seeing your debut in Aashik Awara.

I know, I know. And my all-time low was in Udaan, with Rekha, directed by Asrani. I literally swept the floor.

If my mom was disappointed by me in Aashik Awara I wouldn’t blame her. I hadn’t had sufficient exposure to Hindi cinema, I came from an entirely different cultural background: I was underplaying and being self-deprecatory. With time, I think I’ve got a lot out of my job, including a nice roof over our heads.

At the age of 52, can you play the lover boy anymore?

Sure, I can if it’s age appropriate as it was in Cocktail and Jawaani Jaaneman. I’m under discussion for a film, which involves looking after children, it’s light, romantic but it hasn’t been finalised yet.

Why do you think a pretty okay film like Chef flopped?

Chef had so much potential to be a light entertainer. Maybe it wasn’t commercial enough and as it turned out, was a bit slow-paced.

Naah, what choices would I get? In any case, why uproot myself when I’m having a wonderful time, doing roles I like, spending time with my children and getting enough time for vacations with the family? But who knows if there’s an offer from Netflix or another prime channel? I was offered a brief but important part in Homeland. But it was much too brief, so I had to decline politely. 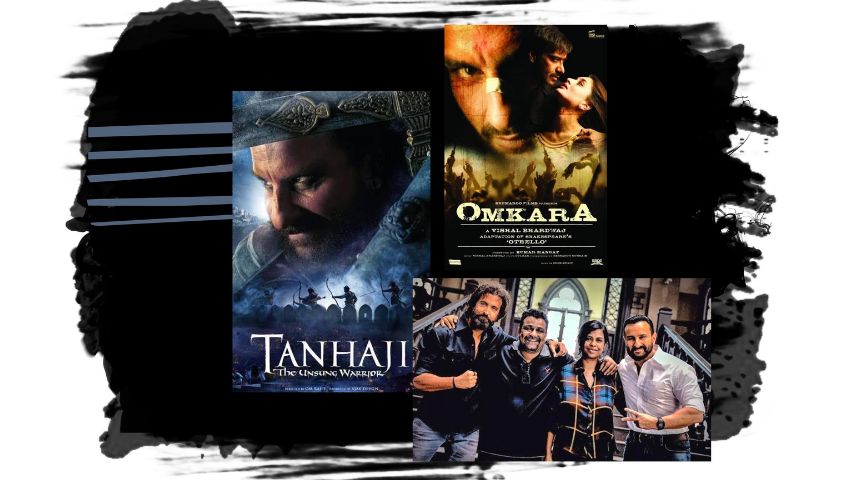 Let’s fantasise. Whom would you imagine in the parts played by Hrithik Roshan and you  in a Hollywood film on the lines of Vikram Vedha?

Oh that would have to in a film like Infernal Affairs or The Department.

Perhaps  a much younger Sean Penn as Vedha and Leonardo DiCaprio as the cop.

What on earth were you doing in Laal Kaptaan?

(Laughs) It was an exhausting experience but playing a warrior always is. We shot all over the rugged terrains of Rajasthan and  I could sense that Navdeep Singh is a fantastic director. Perhaps we needed more crores to get the right scale. It was a slow-burn film. Its trailer looked so cool really.

Have you put on weight? That was noticeable is some scenes of Vikram Vedha.

Ha, my weight comes and goes. My guilty pleasures are pasta and Indian cuisine. And remember I’m married to Kareena, a big-time foodie, so in moments of weakness, I can’t help raiding the fridge. Must stop.

Or else you could end up looking like a Kapoor.

Which Kapoor? If it’s Ranbir Kapoor, I wouldn’t mind at all.

Do you see yourself ever sliding into supporting roles?

No, I have to be the headliner. I couldn’t ever be great as Dadamoni in this janam. Do you see me as Ashok Kumar?

Was just asking. Okay tell me, why has your production banner been inactive of late?

Obviously because of my acting assignments, we’ve slowed down. I’d love to do a sequel to Bhoot Police at some point. Some years ago I wanted to do James Bondish-type of roles but Agent Vinod went up in smoke. The story didn’t connect. And as (director) Sriram Raghavan said, we put too many toppings on the pizza!

Okay, as an aside what have you been reading of late?

Good translations of The Mahabharata and the Sanskrit plays of Bhasa, who’s believed to pre-date Kalidasa. Our epics and classics are as rich if not richer than those of Greek mythology.

Have books influenced you?

I wouldn’t say influenced me but by I love reading Charles Dickens, Arthur Conan Doyle, the ghost stories of M.R.James and P.G. Wodehouse. In fact, I wish I was Bertie Wooster with Jeeves at my side.