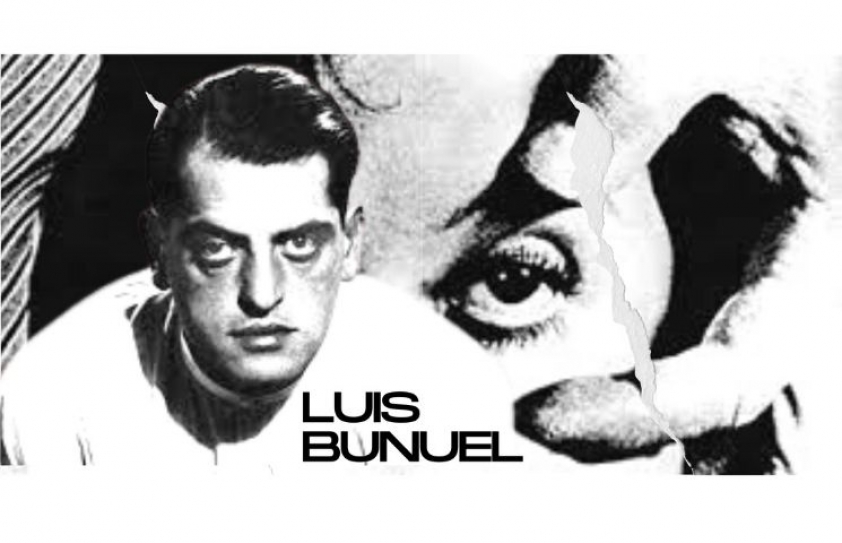 Sharad Raj writes that Bunuel has been called a cruel filmmaker, he sees that we are hypocrites, admits to being one and believes we were probably made that way.

Octavio Paz called his work a marriage of the film image to the poetic image, creating a new reality, scandalous and subversive. He is Luis Bunuel, an iconoclast master of modern cinema.

Born in 1900 in Spain, Bunuel was influenced by the surrealist movement of the 1920s. His friendship with Salvador Dali and Federico Garcia Lorca shaped his early surrealist works like Un Chien Andalou (1929) - The Andalusian Dog and L’Age d’Or (1930) - The Age of Gold. The violent image of a razor slashing an eye in Un Chien Andalou shocked the bourgeoisie sensibilities brought up on avant-garde art, while L’Age d’Or was banned for being anti-Catholic.

With such a subversive beginning to his journey as a filmmaker, Bunuel evolved his cinematic expression in the years to come and emerged as one of the foremost auteurs in the history of cinema. The critics’ list of 250 best films of all time in Sight and Sound has 6 films of Bunuel in it.

The Discreet Charm of the Bourgeoisie is one of Bunuel’s most revered works. The film went on to become both a critical and commercial success and got the Oscar for the Best Foreign Language film. Bunuel who had joined the Communist Party was asked to discard his affiliation with the surrealists because images of bourgeoisie decadence were considered anti-revolutionary. 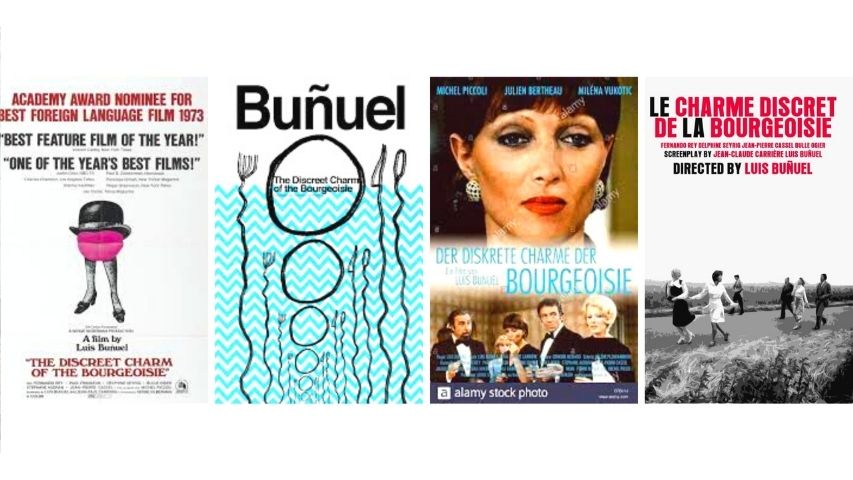 However, Bunuel’s anti-bourgeoisie preoccupation took the form of some of the greatest films in world cinema. Shock gave way to subtlety and wit. Discreet Charm… is a scathing social satire as well.

The film’s narrative structure and form lend themselves to an immaculate mise-en-scene displayed by Bunuel in the film. It begins with five upper middle-class people arriving for dinner at a friend’s place only to be told by their hosts that they have arrived on the wrong day and the dinner is not ready. This visit is followed by several failed attempts by this elite group of people to dine together. They constantly arrive for dinner and sometimes even sit down for it, but are never able to eat. They arrive on the wrong night, or are alarmed to find the corpse of the restaurant owner in the next room, or are interrupted by military maneuvers. Once when the visitors come for lunch, the hosts jump off the window into the garden to have sex. Such and many other bizarre things happen each time the group of friends wants to dine. The film has several thematically linked scenes instead of a classical three-act structure governed by the principles of cause and effect. The episodic structure of the narrative is itself a breakaway from traditional storytelling. 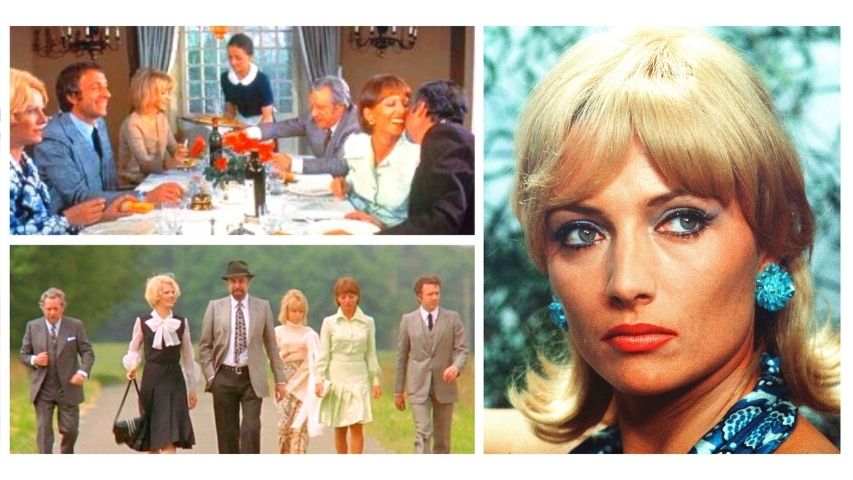 “From the first shots of Discreet Charm… we are aware of how his characters carry themselves. They exude their status; they are sure of who they are and wear their status in society like a costume,” comments the renowned film-critic Roger Ebert. Fernando Ray’s (Bunuel’s most regular actor) little peacock of an ambassador, Stephane Audran’s rich hostess, Bulle Ogier’s bored and alcoholic sister - all act as if they’re playing roles. And consider the bishop, who appears at the door in gardener’s clothes and is scornfully turned away, only to reappear in his clerical garb to ‘explain himself’, and be embraced. In Bunuel the clothes not only make the man but also are the man.

Roger Ebert rightfully observes that for Bunuel, “dinner is the central social ritual of the middle classes, a way of displaying wealth and good manners. It also offers the convenience of something to do and something to talk about, and that is a great relief, since so many of the bourgeoisie have nothing much to talk about, and there are a great many things they hope will not be mentioned. The joke in The Discreet Charm of the Bourgeoisie is the way Bunuel interrupts the meals with the secrets that lurk beneath the surface of his decaying European aristocracy: witlessness, adultery, drug dealing, cheating, military coups, perversion and the paralysis of boredom.” The film’s central characters are politicians, the military and the rich, but in a generous mood he throws in a supporting character to make fun of the church - a bishop whose fetish is to dress up as a gardener and work as a servant in the gardens of the wealthy. Bourgeoisie manners, Bunuel believes, are the flimsiest facade for our animal natures. The film doesn’t shy away from this notion of its maker. And why should it?

Bunuel’s devices cheerfully shatter the film’s narrative flow. For instance the guests at a dinner party find themselves on stage before an audience. Dreams fold within dreams, not because the characters are confused, but because Bunuel is amusing himself. For Bunuel dreams are more real than ‘reality’ itself. In Discreet Charm… we see a fine display of his surrealist roots. Dreams tell Bunuel more about people than their ‘physical reality’. Therefore he breaks the line dividing the two in the film.

Bunuel was cynical, but not depressed. He has been called a cruel filmmaker, he sees that we are hypocrites, admits to being one and believes we were probably made that way. The film ends with the diners walking away just the way they were walking in the opening scene. Nothing happens in the film except an absurdist revelation of their characters and that is exactly the point Bunuel makes in the film.