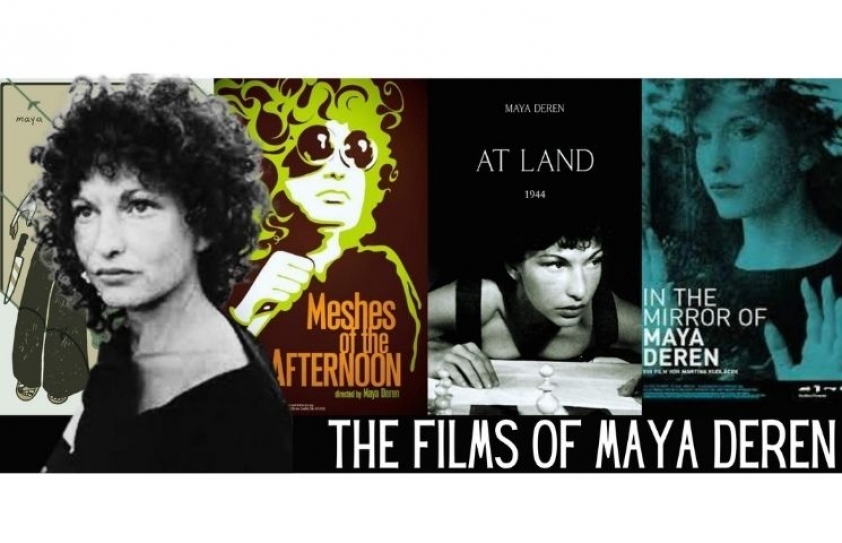 Between MacGuffin and Transference is the empty signifier that carries her film ‘Meshes of the Afternoon’ forward, writes Devdutt Trivedi

The actor embodies the MacGuffin as s/he emphasizes the weight and gravity of the empty signifier. Transference, on the other hand, is the psychoanalytical relationship of affection or hatred (counter-transference) between the analysts and analyzed. The argument is that the filmmaker is the analyst and the counter-transference towards the living subject (actor or model) suffers this relationship between the metteur and subject. The film screen itself, is the mediation of MacGuffin and transference in cinema.

With her debut masterwork ‘Meshes of the Afternoon’, American filmmaker Maya Deren nullifies the importance of the metteur by instead simply filming the symbolic interplay of images. The symbols are at the level of the unconscious, and the film is a structuring of the conscious.

Deren refuses to appropriate women as nature to patriarchal culture. Instead she uses the voice of the unconscious as humming to create cinematographic gestures in the form of the pan and wipe. The film is an assemblage dematerialized by the wind, which makes the filmic apparatus verge on the sensorial collapse. The face of the masculine subject is a mirror to recognize the ‘Self’ as the ‘Other’. The MacGuffin itself, the key to unlocking the unconscious, is at the level of the unconscious symbolic that binds the real to the imaginary.

The most important element of agency is that mechanism of the utterance, the mouth, which both produces the key, which transforms into a knife; thus establishing a relationship between the open (cinema) and the closed (patriarchy). The final images rupture the screen as agency of MacGuffin and transference i.e. the screen and the partial object is the sea. The sea is not symbolizing of unconscious anima but instead the force of nature that destroys patriarchal culture.

The first thing required for an image is direction. Direction is a priori dissolution of representation. In her next film, At Land, Deren uses the waves as a force that separates masculine land from feminine liquefaction, as emphasized by the direction of the waves. The quality of liquefied images is that it has many renters. The anima for Deren is submerged in the force of the sea, with the sky being the line of flight.

As in the films of Dziga Vertov, Deren confuses the totality of matter (hyle) with the unknown thing-in-itself (noumenon). This confusion of noumenon with hyle allows for a fresh dialogue between positivistic science and the romanticist unconscious. The uttering comes from the outside whilst the game (chess) is the construction of the mise en scene. The game is itself liquefied so that filming is feminist practice freeing the metteur of “putting into the frame.” This produces a time-image, which is simultaneously actual and virtual.

The spindle formation, as accumulation of rope as accumulation of time, is precisely the agglomerating structure of her next work Ritual Transfigured in Time. Movement itself is violent and a feminist discourse on cinema would require a withdrawal of movement so that the ‘any-instant-whatever’ can be returned to its theatrical privileged pose. In her film Meditation on Violence, Deren meditates on movement to open up the unconscious.

The ‘map-making’ of the unconscious as a mandala is what creates a projection of the interior on the night sky in The Very Eye of the Night. Romanticism is portrayed as anti-Newtonian. In other words, it opposes gravity.

This opposition to gravity produces the diagrammatic in Deren’s final film The Divine Horseman-The Living Gods of Haiti.

The horse is a symbol of technology dependent on the will of the horse-rider, in the same way as the intentionality of the shot belongs to the film director. The crossroad is an index of spiritual and corporeal, which are perpendicular to one another. The animal sacrifices create privileged moments in the everyday to withdraw conscious hood (intentionality) to the subconscious becoming-animal. The manifest reality is divine as represented through the possession of the worshiper. The sea is no longer a symbol or force, but simply spirit.

The sacrifice, through becoming-animal, returns the consciousness to its own purification, whilst the sacrifice returns the life of the everyday to that of the divine. There is no intentionality, only filming memory, so that the intentionality is instead grace, as in the films of Robert Bresson.