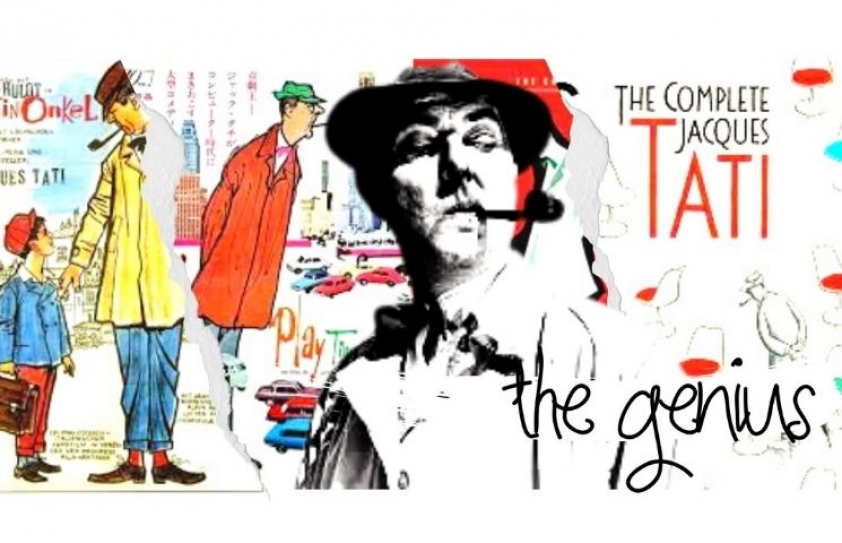 Sharad Raj explores how the existential and political angst of the torchbearers of the Novell Vague got an edge over Tati when it came to intellectual seduction of cinema lovers.

When cinephiles, critics and the world audience look up at French cinema with awe they cover the entire gamut of French New Wave and Robert Bresson. But somehow we overlook one of the masters of world cinema, an auteur par excellence, and a genius who made just six films but each film is a real gem sculpted by a master. He is Jacques Tati.

Perhaps, the existential and political angst of the torchbearers of the Novell Vague got an edge over Tati when it came to intellectual seduction of cinema lovers. Comedy has a bias against it. But Jacques Tati is considered to be the greatest comic artist in cinema since the Marx Brothers - his films that used dialogue to the bare minimum excelled in visual comedy, of which Tati is an undisputed master.

Mon Uncle (1958), Tati’s film won the Oscar for the best Foreign Language film and the critic’s award at Cannes. It is a satirical look at the lifestyle of the French bourgeoisie in the post World War scenario. Tati immortalized the character of Monsieur Hulot on screen that he played himself in four of his 6 films. Hulot turned out to be one of the most memorable characters in cinema much like Charlie Chaplin’s tramp. A hat, trademark raincoat and a pipe characterized the persona of Hulot. He was gauche and socially inept. And it is this ineptness that satirized the strains of consumerism, materialism and modernism as adopted by the French society.

Hulot is the dreamy, impractical, and adored uncle of nine-year-old Gérard Arpel, who lives with his materialistic parents in an ultra-modern geometric house and garden, Villa Arpel, in a new suburb of Paris, situated just beyond the crumbling stone buildings of the old neighborhoods of the city. Gérard's parents are entrenched in a machine-like existence of work, fixed gender roles, the acquisition of status through possessions, and conspicuous displays to impress guests, such as the fish-shaped fountain at the center of the garden - a running gag in the film. 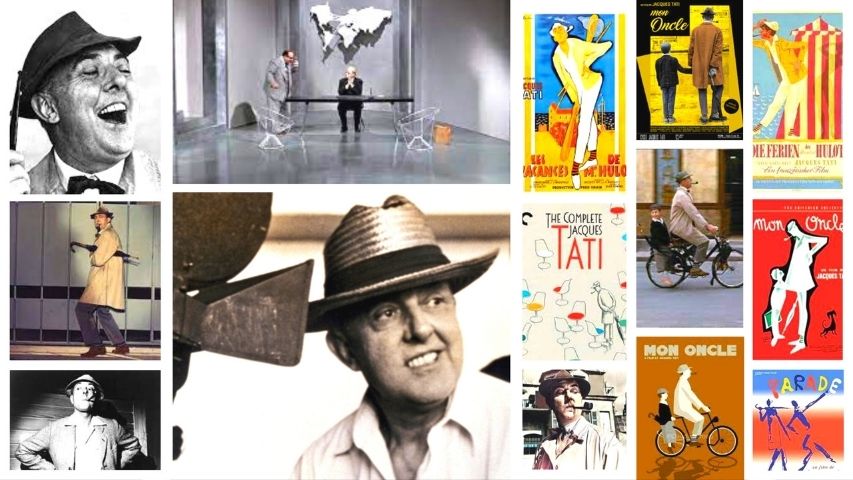 Despite the superficial beauty of its modern design, the Arpels' home is entirely impersonal, as are the Arpels themselves. They have completely subordinated their individuality to maintain their social position. By contrast, Monsieur Hulot lives in an old and run-down city district. He is unemployed, and gets around town either on foot or a motorized bicycle.

Gérard, utterly bored by the sterility and monotony of his life with his parents, fastens himself to his uncle at every opportunity. Hulot, little more than a child himself at times, is completely at home with Gérard. Exasperated at their relative's perceived immaturity, the Arpels soon scheme to saddle him with the twin yokes of family and business responsibilities.

The Arpel villa signifies spiritually fatal infatuation with capitalism and industrial revolution that manifested in oppressive designs of architects like Le Corbusier after the World War. French towns and cities after the war went through massive revivalism in order to meet the requirements of social landscape as engineered by consumerism.

Every element of Villa Arpel is designed stylistically, creating an environment completely indifferent to the comfort of its occupants. From inconveniently-located stepping stones, to difficult-to-sit-on furniture, to a kitchen filled with deafeningly loud appliances, every facet of Villa Arpel emphasizes the impracticality of a dedication to superficial aesthetics and electrical gadgets over the necessities of daily life.

Tati’s choice of architecture as a metaphor for his social critique is a masterstroke. Our homes signify our inner selves and our beliefs hence make for a perfect template to critique the same. Mon Uncle satirizes and ridicules the upwardly mobile upper middle class lost in a life that is aesthetically banal and culturally dead.  As a satirist Tati takes sides and is much more comfortable with the vernacular but soulful topography of his neighborhood, that is “alive” for him as compared to the geometrical hellholes of the newly developed suburbs. 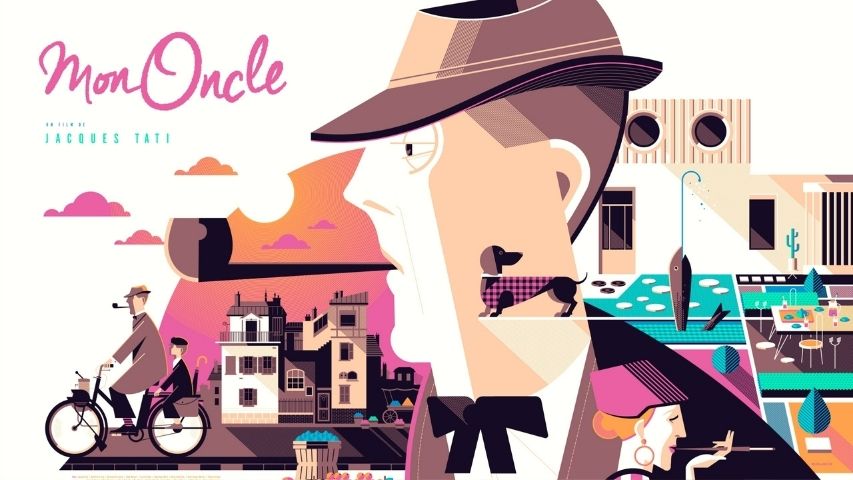 He ridicules the empty precision of modernist lifestyle dictated by the tenets of capitalism. All the cars move in a straight row on the road and stop in front of the school at a particular point to drop the kids and this Tati repeats several times to poke fun at the absurdity of order. He juxtaposes the vernacular building with the modern. While the vernacular is bubbling with life, the modern are flat and devoid of spirit. Sound plays the most important tool to satirize the new. The exaggerated diegetic sound of the electrical gadgets in the kitchen makes fun of its owner, while the non-synch sound in the vernacular neighborhood keeps its spirit alive.

Mon Uncle’s brilliance lies in evolving the mise en scene of satire, that makes his films high art of cinema. In Mon Uncle, Tati clearly works within the binary of modern versus vernacular.

While modernism perpetuates social alienation, the vernacular architecture has more depth, character and is alive. The use of architecture for purposes of social commentary is a postmodernist approach. Tati adopted it much before postmodernism came in vogue in the sixties.