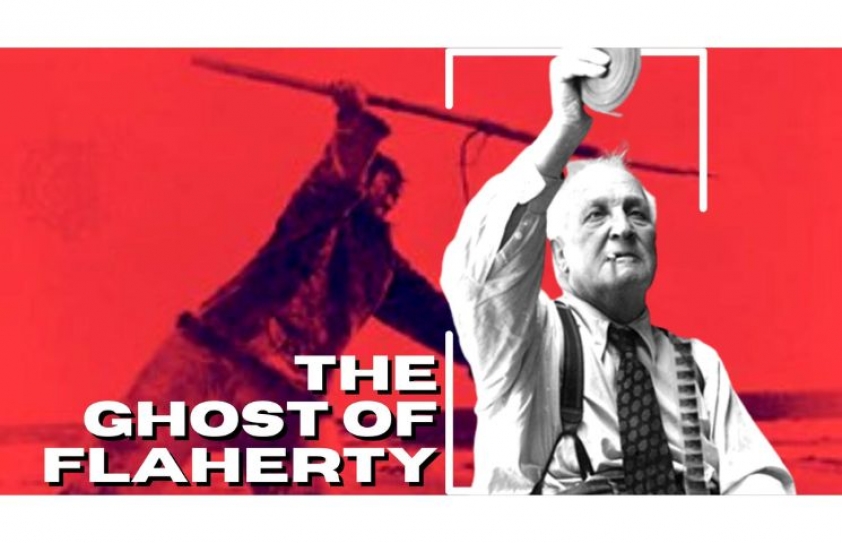 Thinking in retrospect, it is most likely that it was during the shooting of this sequence that the ghost of Robert Flaherty started to hover around me, writes Ramchandra PN

Around the beginning of this millennium, Siddarth Kak the producer and anchor of the landmark nonfiction TV series of yesteryears, ‘Surabhi’, asked me to do a documentary on the Banjara Community in Maharashtra. He was producing a series of documentaries commissioned by the Ford Foundation, on the indigenous wisdom of India. Our research team narrowed the subject to a ‘thanda’ (a settlement) in Yavatmal, Eastern Maharashtra. It was the native of the incorrigible member of the community and our access to it  – Atmaram Kaniram Rathod.

Over two years we shot the place, the people and the various practices in the community. When we found out that members of the community make a yearly pilgrimage to the nearby ‘Poura Devi’ temple, we decided to capture the journey.

The community was once predominantly a nomadic lot, travelling from one place to another in search of livelihood by foot or on bullock carts. The settlements in which we were shooting were permanent ones, how do I then document their nomadic life? I had a problem – so it seemed then.

The pilgrimage to ‘Poura Devi’ temple provided me with an opportunity. Although most people from the community took public transport and trucks to travel to the temple, I inquired with Atmaram Rathod if any family from his ‘thanda’ would travel to ‘Poura Devi’ by foot.  He found one who would travel by bullock cart. So, one early morning we assembled at a crossroad in the ‘thanda’, the bullock cart and the sacrificial goat came, the man of the family who would travel came, but not the family itself. Apparently the man’s wife had refused to make that journey, for reasons of her own.

The resourceful Atmaram quickly managed to convince another female and her children to travel with the man to turn up. Now that the ‘family’ was complete, he urged me to start the journey and the shoot, lest it be late. The filmmaker in me got his conscience pricked – how can I film a lie? When I started to argue with him, he quickly quipped that every bit of the journey had been arranged with a monetary agreement. The money had already exchanged hands. The production manager nodded and I began filming.

The edited length of the section lasted about 10 minutes, which I thought was the best portion of the documentary. The newly formed ‘family’ were ‘really’ making the bullock cart journey while encountering what they were in the scorching sun, and we were following them in on a jeep.

Thinking in retrospect, it is most likely that it was during the shooting of this sequence that the ghost of Robert Flaherty started to hover around me. ‘Nanook of the North’, is a feature length ‘reality’ film that Flaherty had made in America and got it successfully released in 1922, one of the first such films to have done so. It narrated the story of Nanook and his Inuit family in the North Arctic region who go into the remote inaccessible arctic region to stay and survive in its hostile conditions. 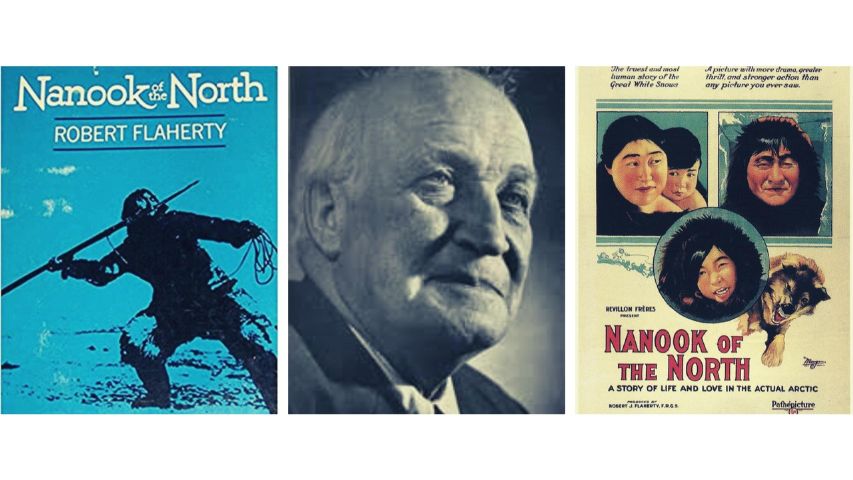 The people in the film were not actors, but ‘real’ people and the locations too were ‘real’. This was the time when the big budget spectacle studio films of Hollywood having hosts of professional actors, mainly represented by D.W Griffith and his ‘Birth of a Nation’ (1950), ruled the roost.

But back in our classes at our film school, we were told that ‘Nanook’ might not have been the real name of the person we are seeing on the screen and that his family is not really his own. Flaherty has assembled a few Inuits for the film, which had anthropological intentions. There is also a sequence in the film where ‘Nanook’ and his ‘family’ fight and kill a walrus with just a harpoon, whereas during the period in which the film was shot, Inuits had already been using guns for hunting. Moreover, unknown to the audience, the igloo that ‘Nanook’ and his ‘family’ had built for the camera had no wall on one side. The actual purpose was that enough light came into the interiors of the igloo for the image to be captured on the camera. John Grierson, a documentary theorist, activist and critic of his times, described Flaherty’s films as having ‘documentary’ value, i.e. as a piece of evidence of a ‘reality’, that which points to the ‘truth’. But is it?

I might now feel flattered that I was reliving history while I was filming with the Banjara community at Yavatmal. But coming to think of it, the ghost of Flaherty was always hovering around me and most of the others around me all through. The officials at Films Division would strongly recommend that we rehearse with the person whom we would interview, maybe write down lines that they would utter, so that precious and costly celluloid raw stock would not go wasted by their ramblings. In the non-fiction series ‘Surabhi’, to complete the filming of two short documentaries in one day, we asked our subject to carry his bag, come out of the house, kick start his scooter, move away from his gate, turn at the end of the road, wait for some time, crumple his shirt, come back to his house, park his scooter, take his bag, enter the gate and hurry into his house. Thus, we got the ‘office going’ shot as well as the ‘office coming’ shot.

It is said that in his quest to capture ‘reality,’ Flaherty did not accept that he was actually manipulating it. Well, neither did us. The classical definition of documentary involves capturing ‘life as it is’. But in effect, Flaherty and we were doing it. It is often told that we should study history so that we don’t reinvent the wheel. But at times, it thrills me to a great extent that we have made the same mistakes as Flaherty has done. History lets us repeat certain slip-ups. But what would happen if we ‘let our doors and windows’ open? It would not only let wind enter our houses, along with it other ghosts too would slip in. Also amongst these ghosts would be those who acknowledge that ‘THE’ reality out there is being transformed and it is this altered reality that is being shown.

Lumier Brothers did so in the shot where they did an optic reversal of a wall falling down, Dziga Vertov did so when he brought the cameraman within the body of the film ‘Man with the Movie Camera’, the French ‘Cinema Verity’ guys also did so when they unabashedly intervened in the happenings in front of the camera to bring about a ‘reality’ as they perceive it - the best manifestation of which is Jean Roach and Edgar Morin’s ‘Chronicles of a Summer’. The ghost of Flaherty would probably stop hovering around us if we too come down from our moral high ground to acknowledge that shift in our perceptions of reality.

Yes, documentary is the creative interpretation of reality.