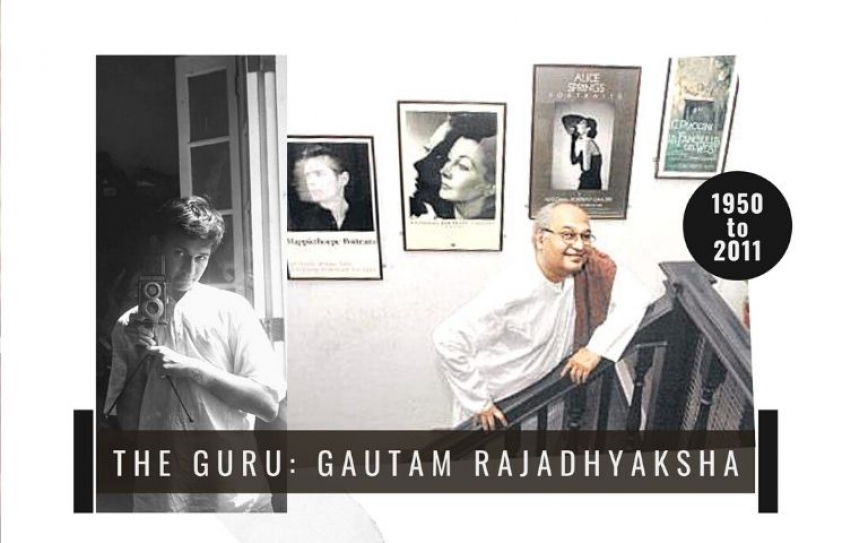 Khalid Mohamed writes on the imperishable legacy of the pioneering photographer of celebrity portraits.

Whenever the rains finally hit Mumbai - they’ve arrived sporadically in the Covid-19-fraught atmosphere now - I’m transported back to the cool, monsoon-shaded home-cum-studio of the photographer who was a one-man gurukul.

For his faithful assistants, a wide circle of Bollywood friends, acquaintances and me, he was a  superstar in his own right.

How would he have reacted to the pandemic, I wonder. I’m sure it would be with utter stoicism, a que sera sera attitude which was distinctly his own.

If he were here today, I would have possessed a call-me-for-a-chat-buddy-whenever. He loved to chat, and would light up my day with his wry humour and arrow-sharp punch-liners.

Gautam Rajadhyaksha, celebrity lensman, would have stepped into his 71st year on September 16  if he hadn’t passed away - following a heart seizure - just three days short of his 61st  birthday nine years ago. 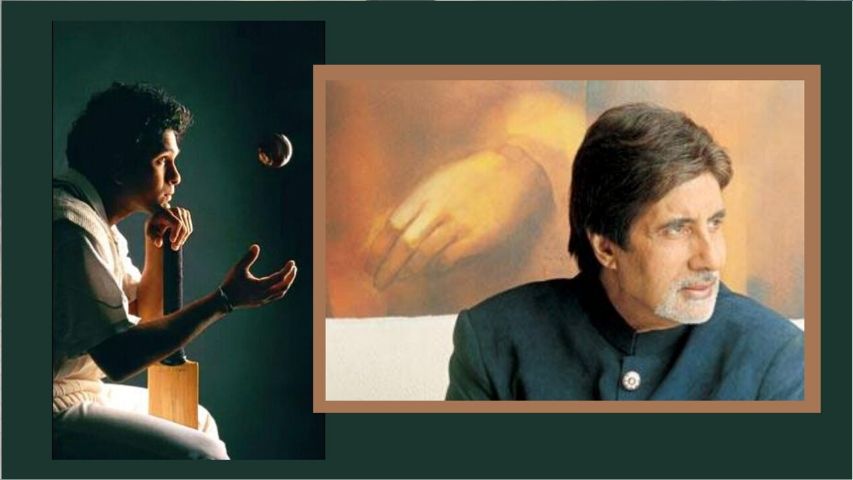 That so many of us miss him would be stating the obvious. Many of us do hope that his impeccably-catalogued collection of photographs has been preserved. From what I can remember, he willed that priceless legacy, stored in cabinet files, to a family member.

Moreover, I’m assured, not to worry, his work will live on forever. In addition, his Facebook account still jumps to life with quite a few of the quintessential Rajadhyaskha photos.

And I remember him, with whatever words I can summon, as long as I possibly can. Tall, he walked with a fluid stride. A speckless white kurta-pajama and a light brown shawl to combat the air-conditioner’s chill at his photo studio, had become his uniform. A lilting, sing-song voice and a fatherly concern for the stars he would shoot, practically every second day, had become his calling card.

Indeed, his story could make for a heart-rending biopic if he had only cared to share his private life, which he didn’t even with his friends and closest confidante Asha Bhosle. At most, the prime songstress would reveal that Gautam or ‘Gautiya’ as we called him with affection, had survived a deeply troubled childhood. His parents had separated. 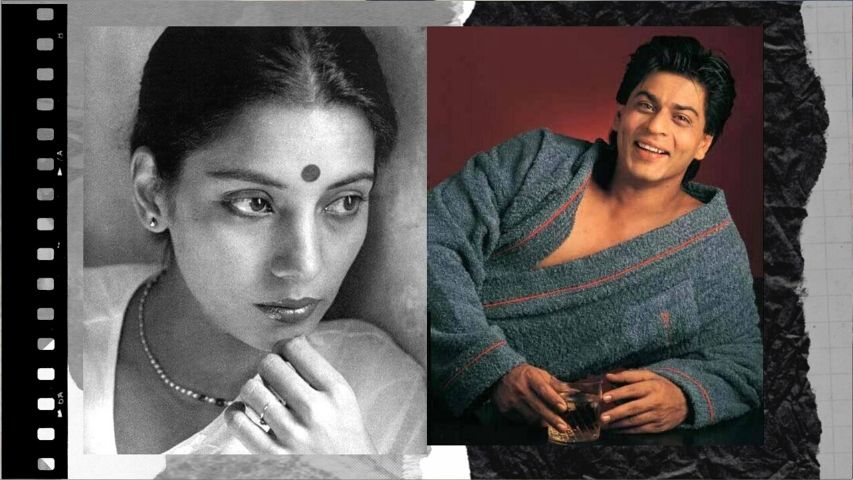 According to all accounts, his mother never met him again. At the son’s last rites too, she was conspicuous by her absence although her residence is said to be just a five minute’s drive away from the son’s old worldly apartment-cum-studio on Hughes Road in South Mumbai. The star photographer, a singleton, stayed alone with a couple of household helps, and sought solace in his state-of-the-art music room during the evenings in his vast collection of opera CDs and the vintage songs of Asha Bhosle and Lata Mangeshkar. Moving after 15 years at the Lintas advertising firm, to devote himself to clicking celebrity photographs and campaigns, his coffee table book Faces, first printed in Dubai circa 1997, has now become a collector’s item.

Today, few remember that he was also a professional script writer who had scripted Kajol’s debut romedy Bekhudi (1992) and Anjaam (1994) one of the early films co-starring Shah Rukh Khan and Madhuri Dixit, both directed by the then-feisty director Rahul Rawail. Plus he wrote the Marathi film Sakhi (2007).

In addition, he had this long-nurtured desire to turn a director himself and had approached Salman Khan to act in a slice-of-film entertainer about a  housing lodge run by an ageing woman for those searching for shelter in the overcrowded city of Mumbai. Knowing Gautiya’s utterly gentle manners, perhaps he couldn’t be pushy enough to secure sufficient finance and had to drop the project.

Gautam Rajadhyaksha, not only served as a mentor to me in the intricate art of achieving eye-arresting visual imagery but had also offered the use of his house free-of-charge to shoot an entire sequence of Fiza (2000), the first film I directed. 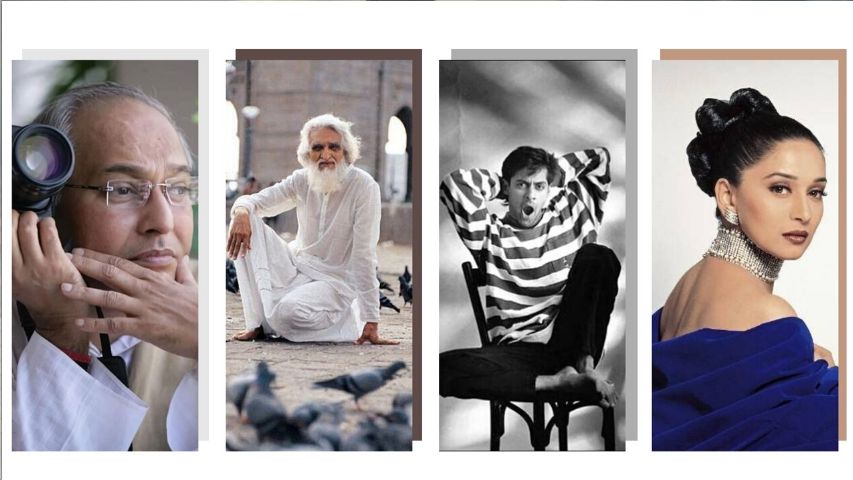 “Just don’t soil the rugs or break the furniture,” he had laughed and had even been cajoled into performing a brief cameo. Like so many journalists and filmmakers, I owe him a debt I can never repay.

Towards his end-years, to a degree he had isolated himself. The Yash Chopra banner, for whom he had shot the photos for the posters and hoardings of Dilwale Dulhania Le Jayenge (1995) as well as  several other top film production companies, had moved on to younger lensmen. About the only banner which would  go to him infallibly for poster photo-shoots was Rajshri Pictures for whom he had shot the stills for Hum Aapke Hain Koun..! (1994). The family scion, Sooraj Barjatya, continued to consider him their lucky mascot.

In fact, as the count of Bollywood glamour photographers multiplied rapidly, Gautam did find himself left out in the cold, as it were. His signature was to make his subjects look flawlessly beautiful, for which he would use a soft-focus lens - a ‘softie’ he would call it - which went out of vogue. In the era before Photoshop, he was obsessive about making every star look charismatic, avoiding the nicks and warts to enhance their most positive features. Refusing to change his style, the assignments had reduced.

If he was left with a bittersweet taste about the rebuff, he’d wave it off as, “just one of those things. With time, attitudes change. I’ve had a great run, now I can sit back and smell the roses.” 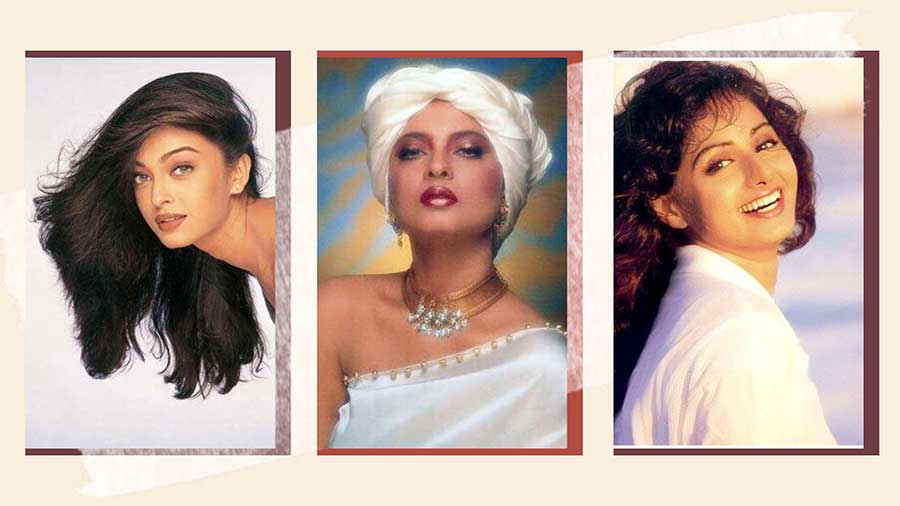 A workaholic though, he wouldn’t sit still and was overwrought while setting up a photography department for the Symbiosis College in Pune, a three to four drive away from Mumbai city. It was soon after returning home from one such trip to the Symbiosis that he complained of acute shoulder and chest pain and was gone within hours. Ironically, the ad announcing “admissions open” for the course appeared in the newspapers the very morning he was found supine on the floor of his music room.

The face which ‘Gautiya’ loved photographing most of all for magazine cover shoots was that of Madhuri Dixit, describing her as enigmatic from every conceivable angle. Not surprisingly then, the actress would frequently insist that he should click her for her publicity photographs.

Down the decades, he had established a warm rapport with the stars, especially with Nutan, Smita Patil, Shabana Azmi, Kamal Haasan, Rishi and Neetu Kapoor Singh, Lata Mangeshkar and Asha Bhosle.

To be sure, he maintained a soft corner for Kajol, since had had lensed her test-shots for Bekhudi. Jaya Bachchan and Amrita Singh were ‘like family’, dropping in at his studio for lunch. An inveterate foodie, he would rustle up smoked pomfret and a crab curry with fluffy steamed rice himself.

The still camera maestro also relished writing a column in a Marathi periodical even as he distanced himself from show business.

On seeing him light up a cigarette, I’d carp, that’s not good for you, and he’d respond, “But who wants to live?” 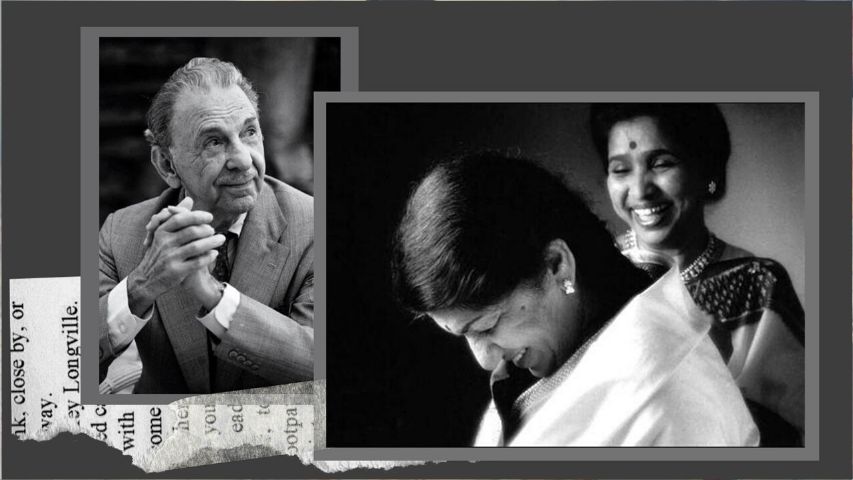 A curious riposte that, I had chased him time and again to do an exhibition - The Unseen Gautam - of his never-before-published photos of which he had thousands. He was enthusiastic but just about, apologising that he was travelling incessantly. Since he could never be pushed beyond a point, I quit nagging him.

It was drizzling on the day Gautiya left us.

Political leaders placed flowers at his feet, the same politicians he had shied away from photographing - because he did not agree with their ideology. His movie friends were there. His cousin Shobhaa De consoled the mourners though she needed to be consoled herself.

To that, I could only add, “But then he loved us so much in return.”

Gautam Rajadhyaksha’s last wish was fulfilled. He had left word that a CD of the diva Maria Callas should be played when he was no more. And though years have elapsed, I would like to believe that a Callas aria still plays on in Gautiya’s music room.