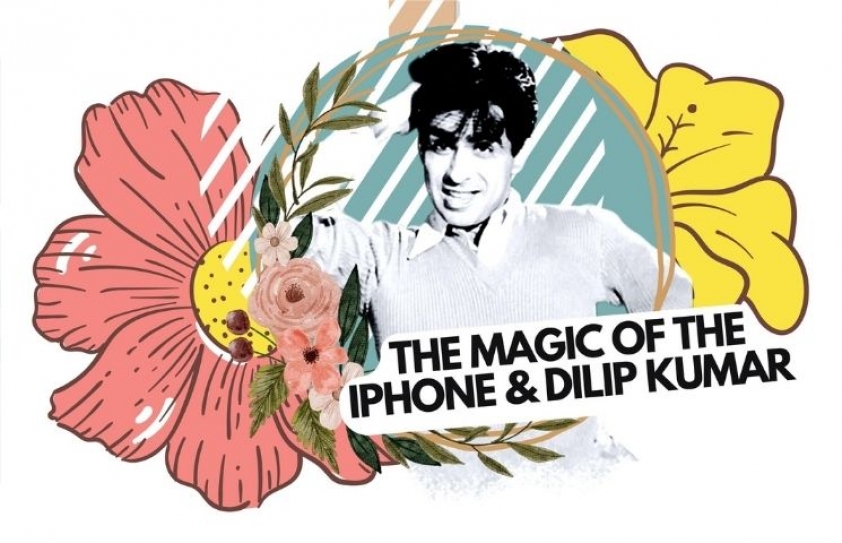 The world knows Dilip Kumar, the star, the actor, the legend. He reinvented the art and craft of acting in Indian cinema and right to the end remained the gold standard for all actors.

But what was he like behind the façade of the star? In Dilip Kumar: In the Shadow of a Legend, published by Om Books International, Faisal Farooqui, who knew Dilip Kumar for over thirty years, gives the reader a fascinating glimpse of the man beyond the legend. Gleaned from the author’s many exchanges over casual evening teas, car rides and sunset walks, or late-evening silent reflections at Jogger’s Park, and even a pilgrimage to the Holy Mecca, the book introduces us to aspects of the star very few of us know. 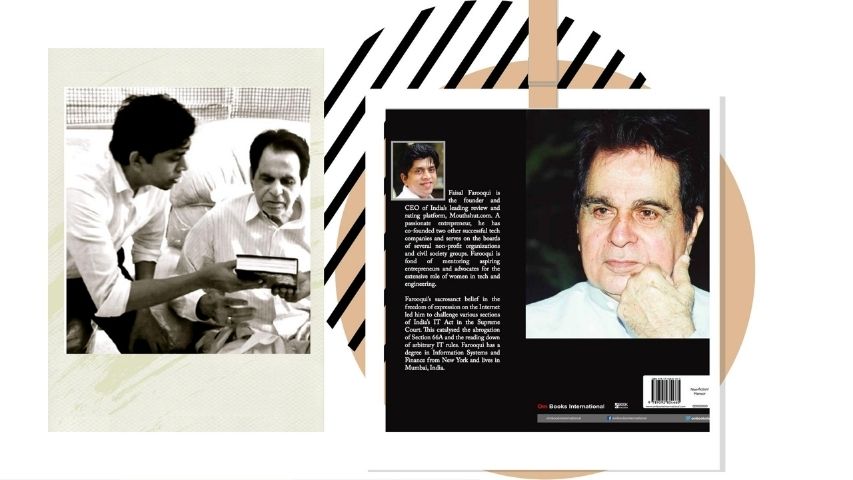 DILIP KUMAR: IN THE SHADOW OF A LEGEND – EXCERPT

Towards the end of 2007, the Apple iPhone was launched in India. The color display took the country by storm. For the first time, you didn’t need a keypad to operate a phone. It worked entirely by touch. Everyone wanted the iPhone.

I had purchased the iPhone as well. It was certainly a little miracle. I was hooked. Every time I had the phone in my hand, I would browse, open apps, and completely immerse myself into it. I would either be trying to understand how the phone worked or keep tinkering with the apps it had. I’d received a few offhand remarks about my addiction to the device. But I just couldn’t help it.

One evening, while I was sitting with Dilip Sahab and Saira baji on their terrace, my first iPhone in my hand, I thought the tea could wait. I was browsing YouTube. The sheer number of videos on YouTube was enough to bring out the child in me. I was listening to old Hindi movie soundtracks.

Sahab, sitting beside me, started to shift in his seat. I was busy surfing my phone, and Sahab was expecting a conversation. Breaking the silence in the crisp evening air, Sahab said, “Duniya Dilip Kumar se milne aati hai, aur Dilip Kumar se batein karti hai. Aap aate hain aur apne phone mein masroof rehte hain. Humein bhi to bataiye iske bare mein.” (The world comes to meet Dilip Kumar, and talks with Dilip Kumar. Every time you come, you’re busy with your phone. Tell me about it too.)

I looked away from my phone. I had been so engrossed in it that I hadn’t realized I was coming across as rude. “No, no, Sahab,” I said sheepishly. “I was watching a few videos on my phone. Sahab, you can talk on this, you can send a message, and you can watch any song that you want.” 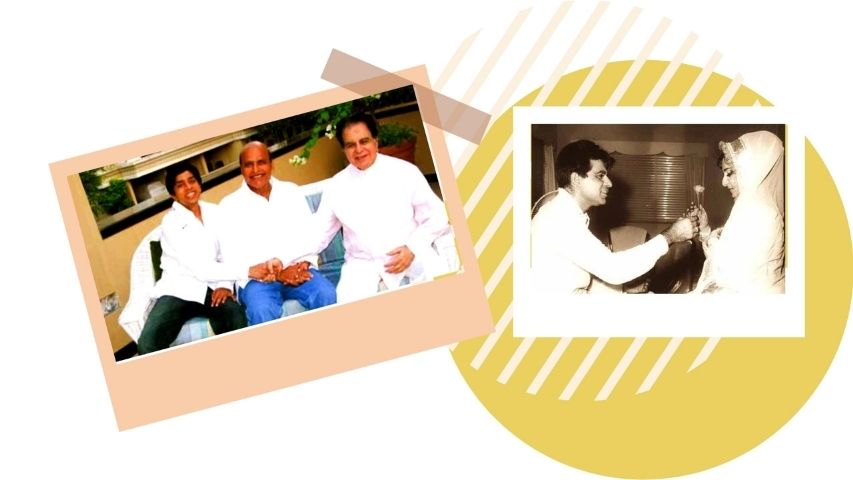 “Bakwaas kar rahe ho!” (That’s nonsense!) Dilip Sahab always used the word ‘bakwaas’ whenever he wanted to express extreme joy or displeasure. In either case, whenever he used that word, I knew that he was touched by our conversation. It was the one word that I often wished to hear from him during our conversations. There was so much love in that simple word.

I quickly tapped on the YouTube search bar and looked for the song ‘Ae Mere Dil Kahin Aur Chal’. It was a famous song from his 1952 movie, Daag. I tapped on the ‘play’ button and handed the phone to him.

As the video began, a look of amazement spread over Sahab’s face. He had never seen anything like this before. He turned to me and said, “Play that other song.”

I realized that Sahab wanted to test the limits of this new platform. I asked him which song he wished to listen to, and to my pleasant surprise, he said ‘Dhoondo Re Sajna More Kaan Ka Bala’. It was pictured on Dilip Kumar and Vyjayanthimala in the super-hit movie Ganga Jumna, released in 1961. A smile lit up Saira baji’s face. I was now the unofficial VJ for the evening. I played the song for him.

Even today, after more than a decade, I remember the smile that spread across his face. There are only two words that can describe what Dilip Sahab was feeling in that moment - pure joy! In that moment, Dilip Sahab transformed into a child who had found a new toy. He had an ear-to-ear smile as he listened to the song that he had worked so hard for almost half a century ago. 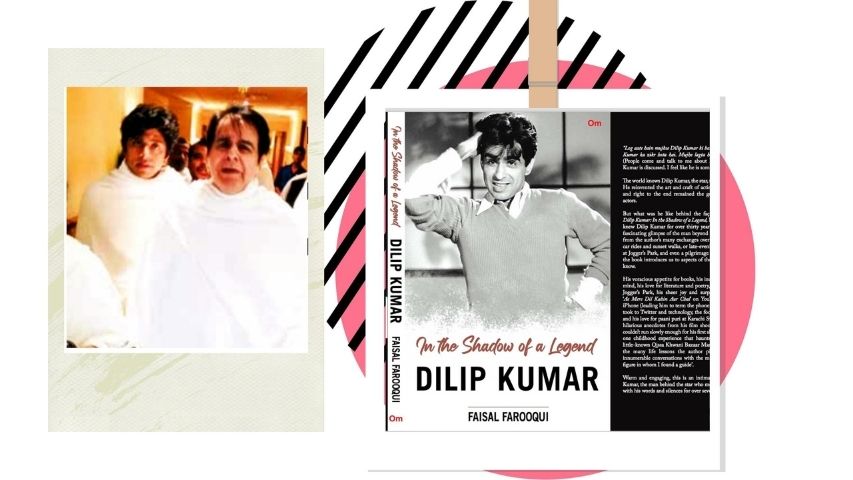 He was humming along with the song. Saira baji leaned back in her chair, enjoying her husband’s glee as the evening passed us by. Watching them so happy made me happy too. It was one of those moments where you don’t remember every detail of what was happening, but the essence of the moment remains with you forever. It touches a part of your soul, and you just know that you will never forget it.

I will never forget the glow on Dilip Sahab’s face as he hummed along with the song, smiling to himself. I don’t remember what we were doing before that moment, or when I finally left for home. But I will never forget how it felt as we sat there, listening to old songs, Sahab reminiscing about his acting days.

That was the first time he called my phone ‘jaadu’ (magic). Over the years, he went on to repeat that. “This device you have in your hand is magic. Take good care of it,” he would often tell me.

When I think of Dilip Sahab, I invariably think of a child. He had the same innocent curiosity as that of a young boy trying to figure out how the world works. He never let go of this inquisitiveness. He always questioned, always opened himself to new possibilities. That’s one of the most important lessons I learnt from him - never lose your childlike nature.