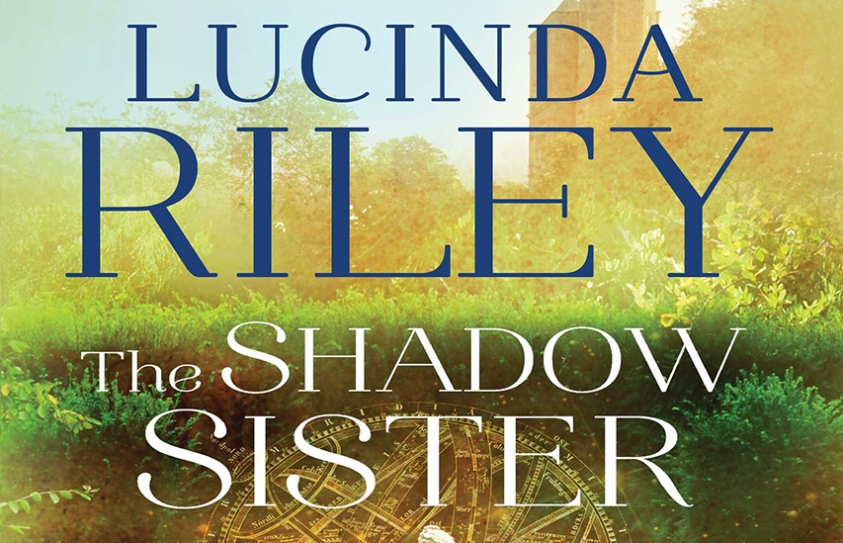 Lucinda Riley’s The Shadow Sister is like reading two novels in one--it’s a thick tome, and for fans of romance and history, an absorbing read. It is the third in her series of novels based on the D’Aplièse sisters, seven of them named after, and loosely inspired by the mythology of the star cluster known as the Pleiades, or Seven Sisters,

The sisters were adopted from different parts of the world, by an elusive billionaire they called Pa Salt, and grew up in a fabulous mansion called Atlantis in Geneva. When he died, he left all of them a clue to their past as a legacy. Then it was up to them to hunt for their origins or leave it at that. An earlier novel, The Storm Sister went from Brazil to Norway. This one travels the distance from Edwardian England to the present in London and the beautiful countryside of Kent, following two very different love stories.

Asterope or Star D’Aplièse is the quiet, bookish one, manipulated into an uncomfortable togetherness by her fickle sister CeCe, who takes her for granted. Still mourning the death of their father, Star is forced to relocate to a lovely but soulless city apartment by CeCe. She is rescued from boredom by taking a few steps towards finding out about her past, which, according to the clue has something to do with an antiquarian bookshop in London, run by the whimsical Orlando Forbes, who talks her into taking up a job as his assistant. On one occasion, he drags her to his country house, a once grand but now dilapidated High Weald, run by his sullen brother called ‘Mouse’, their cousin Marguerite Vaughan and seven-year-old Rory, who is hearing impaired.

She is somehow connected to them through a woman called Flora MacNichol, whose diaries lead Star to the Lake District in the late 19th century, where the bright and independent girl grew up, with her rather distant parents and sister Aurelia. Her home is close to the cottage of writer Beatrix Potter, who goes on to become an important catalyst in her life.

Star’s Mills & Boon-ish story is interspersed with that of Flora, and the latter is far more interesting. Star finds herself cooking, keeping house and minding Rory, which she likes—preferring to be a domestic creature rather than a career woman. It is no spoiler that the rude guy whom she does not like, will end up the love of her life.

Flora knows that she is not the favoured daughter, when Aurelia is taken to London for her society debut, where, it is hoped she will snare the handsome Archie, or Lord Vaughan. Archie, however, falls in love with Flora. The families want the Aurelia-Archie match, and so the house is sold to raise a dowry for Aurelia, while Flora is sent to the lavish home of the enigmatic Alice Keppel --famously the mistress of King Edward VII—as a kind of governess to her two daughters. (Another real-life character making a guest appearance is the headstrong Vita Sackville-West.)

Keppel transform the shy Flora into an elegant society lady, but her life remains unstable and she is soon evicted from this haven too; her love for her sister makes her sacrifice Archie for her sake. It is clear to the reader that Flora is treated shabbily by her parents for a reason, but what it turns out to be is scandalously gossipy.

Both Star and Flora’s lives and loves have crazy ups and downs, with quite a few twists to be found along the way. For some reason, Lucinda Riley paints Star as a very old-fashioned young woman, who actually enjoys slaving in the kitchen. Flora, who has fewer choices in a patriarchal society (this was the time when men inherited titles and estates, and could evict their mothers and unmarried sisters on the death of their father), still manages her life with a fearless dignity.

This can be read as a standalone novel and the books about the other sisters’ quests for their roots will undoubtedly be a mix of historical and modern romance combined with adventure. Lucinda Riley has her job cut out for her over the next few years!