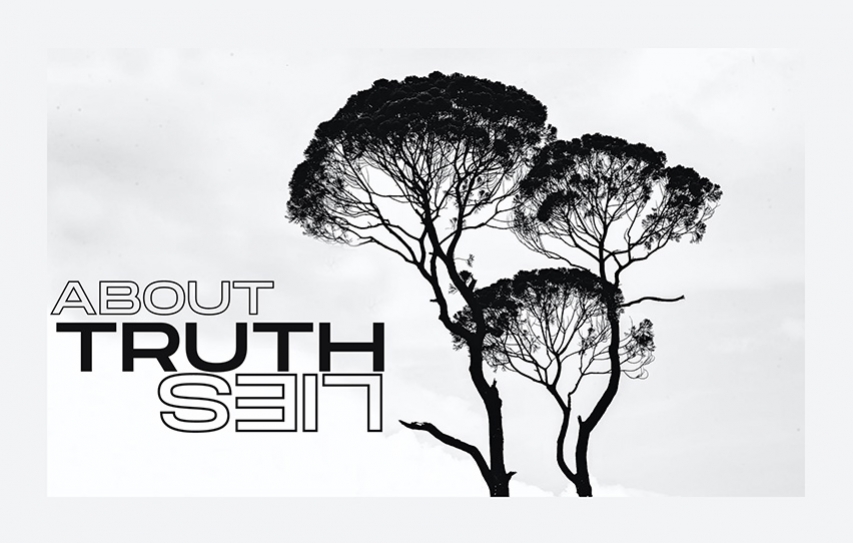 One of the most defining images of our times is that of Prime Minister Narendra Modiji inaugurating the Atal Tunnel, writes Vinta Nanda.

He was inaugurating the nine-kilometer long ‘Atal Tunnel’ - the highway tunnel built under the Rohtang Pass in the eastern Pir Panjal range of the Himalayas on the Leh-Manali Highway in Himachal Pradesh. He seemed relaxed. The cameras captured him waving his hand at people while driving through the tunnel and that is the discussion here. Who was he waving at, was the question asked by many because there were no crowds. Well, he was waving at his audience across the country, which was presumably, watching him in real time. It also explains the headgear and costume he wore.

Mr Modi’s behavior impacts; and at the right places vis-à-vis vote banks of the upcoming elections in the Indian state of Bihar. Was he reaching out to his voters at the time when the rest of the country was shocked by the brutal gang rape of a nineteen-year-old Dalit girl from Hathras, a village in the state of Uttar Pradesh?

It was callous that the local administration cremated the girl in the dead of the night. Her family demanding that her body be given to them was locked up and not allowed to perform her last rites and it was evil that no dignity was given to her even after she had died. This what happened, will always be unacceptable - they may call it what they want - an International conspiracy, foreign hand in creating unrest, riots or anything else. Truth be told, the state treated an ordinary citizen like a terrorist.

Besides the fact that the Prime Minister is in election mode, the event held to inaugurate the Atal Tunnel captured the moment in which we evidenced the cameras consuming their audiences along with their subject - the moment in which the blur between fiction and the reality dissolved. What the cameras hide is invisible, what they reveal is the honest truth and in this case, the absence of the audience was exposed. Looks like we’re at the precipice of a new order – at the transition between when we were free and now that we have been packed and put inside the box. It does not matter whether we are the actors or we are the audience. In Punjab they would say Natha Singh and Prem Singh, one and the same thing. What we should make note of however, is the fact that the Truman Show of India has now begun.

Various interpretations of what we should believe as the truth are streamed from a variety of communications pipelines to us. But which of the many truths we should choose to agree with, is the question. Let me put it this way: Do you belong to the New Delhi Television/India Today strains of thought, to the Times of India descant or to the Republic channel monologue?

The names of the networks and channels mentioned suggest their positions. While NDTV/India Today is a classic remembrance of ‘once upon a time, New Delhi was indeed the capital city of India,’ the Times of India is a bleak reminder of ‘the progress India made for a short while post liberalization’. The Republic channel, with its ominous signature in the color red, frames commonalities between the failed principles of Marxism and Capitalism, both of which surreptitiously concord with right wing ideologies - an acquisitive partnership, which has compromised democracy. We won’t discuss Hindutva, racism and caste divisions here - they are tropes for politicians and nightmares for those who dwell beneath the dark shadows of discrimination. Lies be damned and truth be told, this is only about wealth and power. 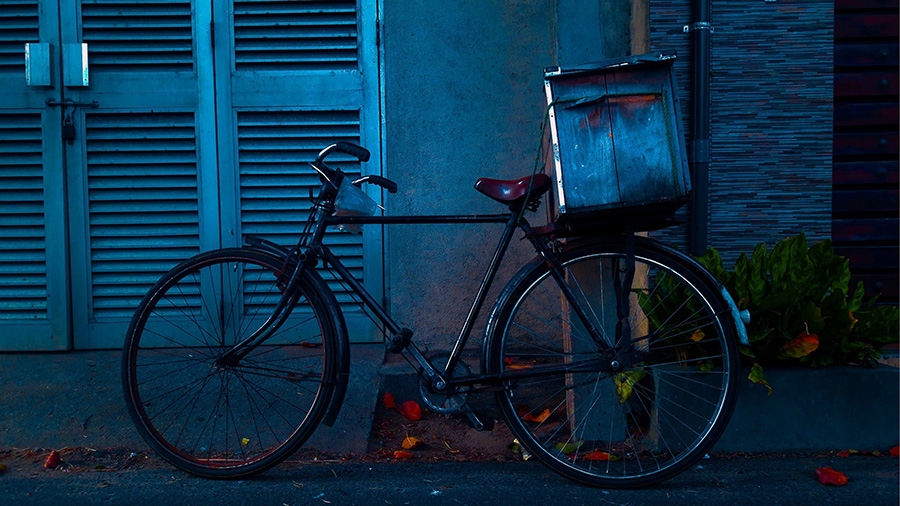 By putting Arnab Goswami at the center of this discussion about the desi Truman Show, the journey that India has travelled in the last decade or so can be traced. The guy earned credibility at NDTV, built equity at the Times of India and gained popularity from the Republic channel. In this particular hypothesis, India can be divided into three parts basis culture:

The fifth news network can be described as this: If trends were horses, Network18 would ride.

The Republic channel addresses the largest audience segment, the so-called masses, which in India count only during elections. These audiences veer towards the monster, which feeds off them. There is something serious here that needs to be taken to account because the audience, which allows vultures to prey on it, comprises largely those who were either denied progress and privilege by the system or resisted both in the name of Sanskriti.

Most Indians feel hopeless today. Scams, frauds and demonetization, poorly implemented GST, unemployment and now COVID-19 have made them wary and suspicious. Strategic thinking for mischievous politics in such a scenario would therefore be to keep masses submerged in their own displeasure, encourage them to outrage frequently and fuel their desire to teach those who are more advantaged than them, a lesson. The advantaged in this case being English-speaking folk, liberal, secular, intellectuals – artists, poets, journalists, writers, academicians, activists and social workers.

Kangana Ranaut appears when the Republic channel narrative starts to wane, as was observed during the hysteria unleashed after the tragic death of Sushant Singh Rajput. She assuages the insecurity of people living in the remotest parts of the country. When they watch her taunt Bollywood producers, film stars and directors, also the Chief Minister of Maharashtra Uddhav Thackeray no less, they feel alleviated. “Kya Ukaadloge Mera Uddhav Thackeray! Bollywood is full of druggies and they are nepotistic – these people survive because ‘you’ buy tickets to see their cinema,” she tells viewers. “Boycott them! Go to YouTube, Facebook and Twitter right now, jao mere deshwasiyon, and ‘unlike’ the trailers of their films”. Arnab Goswami follows this up with: “Listen to her. The republic salutes her courage. We will teach them a lesson. Our sources inform us that the biggest names will be summoned by the CBI, the NCB, the ED and ‘make no mistake’, the NIA is also going to get involved because this is an international conspiracy that our intelligence is reporting to us! All of them will be summoned and interrogated. Good night! See you tomorrow at the same time!”

The viewers are beguiled – the fancy dress, the head gear, terrorism, peacocks, PFI, anti-nationals, international conspiracies, the liberals, intellectuals and film stars - everything touches a chord with them. 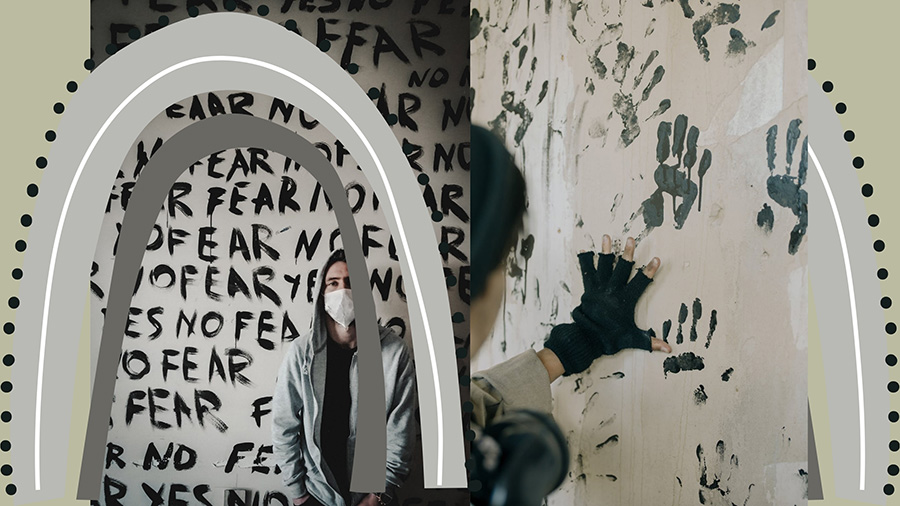 It’s difficult to deconstruct this politics, which bluffs those who have least access and agency and excites the many crabbing from among the privileged classes. When this politics is played in collusion with the media, it employs hysteria to facilitate ‘momentary relief’ for its followers who are anxious and gob smacked with their simple lives that seem to have be irreversibly doomed because of the economic downturn and the pandemic. I would imagine that the guilt of the participants in these deliberations is mitigated by faux spirituality of the Sri Sri and Jaggi Vasudev kind?

All of this makes one believe that there is a mental health crisis that has gripped the world and people are crying out for help. How can it be possible for them to be happy when they are surrounded by discourse that either makes them superior or feel inferior because of the caste and religion they belong to and the color of their skin?

It’s not human to hate, to be unkind or to be cruel; despair makes us become like that. Anger and malice are discernable now and imagery around us is savage. The pictures of our times convey despondency and misery. They spell disaster. The young girl burnt in the dead of the night was horrifying.

We must stop rogue media from doing this. If it is our ‘silence’ that buys the food we put on our table and offers us employment, we have cause to worry. Fear and compulsions will make the sadness grow. Distractions will hurt and make us bleed. Rhea Chakraborty, released after having spent twenty-eight days in a prison, was the casualty of hysteria surrounding the death of Sushant Singh Rajput.

It is a vicious cycle.