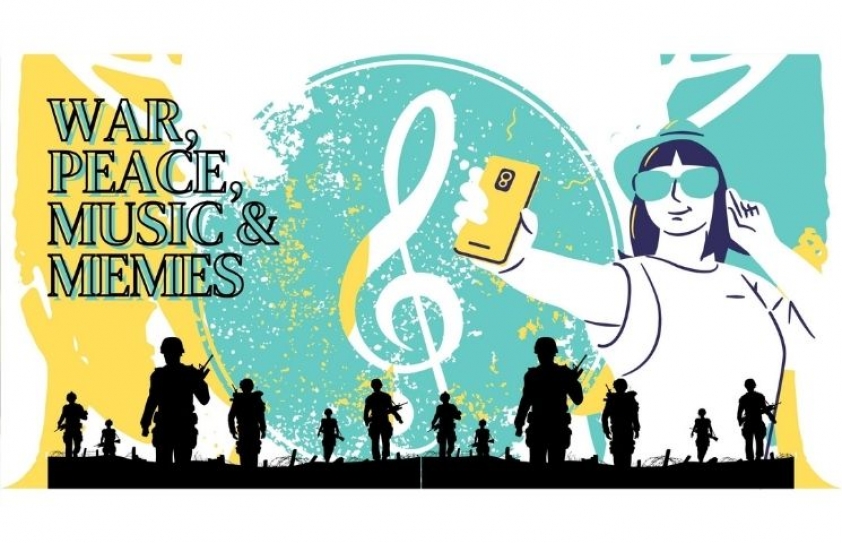 From ‘The answer my friend is blowing in the wind…’ by Bob Dylan to ‘Vladdy Daddy please no war…’ on Tik Tok, the songs have changed but violence doesn’t cease to be, discusses Farrukh Dhondy

One of the most cynical applications in recent history of lyrical flexibility and transferred sentiment was the tribute of Elton John to Princess Diana who died in a car accident in Paris. Years before Diana’s death Elton wrote a tribute to Marilyn Monroe whom he addressed by her real name. The song opened with an admission “Goodbye Norma Jean/Though I didn’t know you at all…” It celebrated her iconic incarnation as the sex symbol, the neurotic suicidal darling of the Presidents and plebeians of America.

Did songster’s block hit Elton when Diana died? Because instead of writing her a tribute of her own, he recycled the Marilyn Monroe song and shifted its lyrics about to characterise Diana as living her life “like a candle in the wind/ Never knowing whom to turn to when the rain came in.”

The description may have been applicable in equal measure to both women and the precarious way they chose to live, but when I first heard the song I fancied I could hear in the background a distinct rumbling under the tomb of the Princess as she turned over to ask Elton why his appreciation of troubled women couldn’t have stretched to a fresh lyric and tune.

It was a Cambridge don who once remarked to me that he was wary of men whose surnames were such as Elton ‘John’, Mr X ‘Stanley’ or Mr Y ‘Charles’! A silly prejudice, no doubt, because one of the heroes of my youth was a songster whose surname was Zimmerman, but who adopted the first name of the Welsh poet calling himself Bob Dylan.

He came to prominence with his distinctive voice, which he lent to a world generation, to express what we thought was a new consciousness. The political event that dominated the world in the years I was at university was the Vietnam War, imposed by American invasion on that peasant country in order, US foreign policy said, to prevent the countries of Asia falling like dominoes to the dominant winds of communism. Now so many years later, with hindsight, the world looks different and the US foreign policy of the time is not just short sighted but unimaginatively blind.

My generation, all apart from say Nixon’s kids, took the lyrics of Dylan’s famous song to be an attack on that foreign and military policy:

Was it an address to the successive Presidents - Kennedy, Johnson and Nixon - who waged that war? And was the wind that bore the answer the determinations of the younger generation? The answers my friend is left to interpretation. 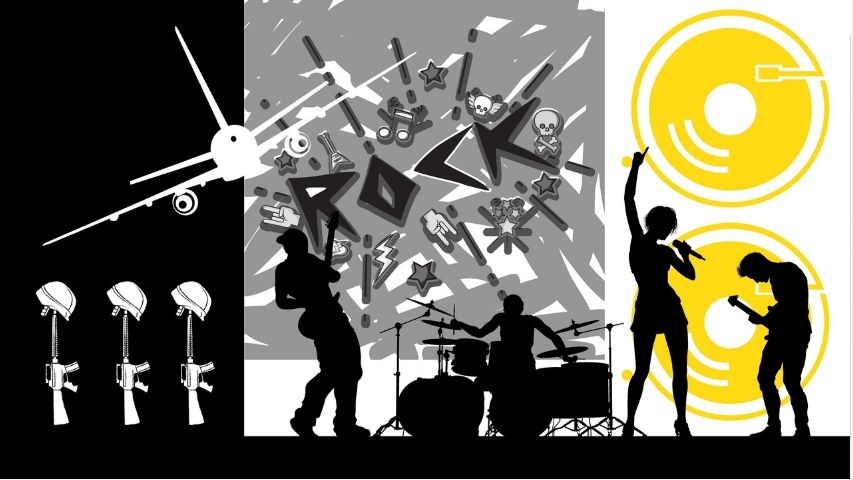 The song keeps coming back to me when I catch leader after leader on TV shedding tears at the funerals of the innocents who are slaughtered in the name of race, caste, nationalism, patriotism, capitalism, religion, paranoia and phobia. How many deaths will it take till the leaders understand that Environment, Hunger, Poverty and Inequality are real issues, and that human beings across the world vote them to the top to address them?

To begin a reversal, how many deaths will it take governments to modify their laws to build harmony among their people, or for that matter, the US government to relook at its gun laws to stop this repeated absurdity of a country that poses as a leader of our century?

Yes, the world knows that the American Constitution’s second amendment allows its citizens to carry unclassified weapons including military hardware. The amendment was framed in the days when the American colonies were fighting King George’s troops and though the constitution has acquired biblical sanctity it ought not to be preserved sanctimoniously. The amendment ought to be scrapped. There is no reason why a teenager should have access to a machine-gun and its belts of ammunition. Instead the fear that grips the Americans and makes them buy and own guns is spreading across the world and what’s going unnoticed is the fact that a massive market for arms is being constructed steadily for the business to flourish further.

As a boy I used to own a .177 bore air gun. Other boys, bigger and more licensed by their parents, owned .22 bore air guns. These could be used to shoot birds, to target the mangoes of unpopular neighbours so that the lead pellets would ruin part of their crop or to aim at the occasional bandicoot that made his way out of the sewers and invaded the yard.

The .177, though it was never used for such a purpose, could certainly act as a deterrent to any intruders who were not more heavily armed. I mean if they had a flamethrower or an anti-tank gun, the .177 wouldn’t warn them off. It’s only in America among the nations of the West that the general public can acquire military or heavy weapons. Strict enforcement won’t be easy but it can be done. And the question for its leadership is: “if not now, when?” The arms industry is huge and won’t be beggared by the ban on sales to the general public. As in other civilised countries (if there are any left) the politicians must be able to persuade the electorate that a severe restriction on the circulation and ownership of weapons is the only way to keep them out of the hands of maniacs.

The defence of these weapon-wielding inadequate men and women is “guns don’t kill people, people kill people,” which isn’t true. “It’s mostly people with guns who kill people.” A new equation, separating these elements needs the articulation, force and strong arm of the laws.

The answer this time is not blowing in the wind, it should be blowing from the voice of the highest offices in a world where violence is normalised and acting therefore in defence has become a necessity?

The songs of ‘the now’ have, however, transcended Dylan and John and are playing on TikTok videos, which have also become a source for researchers tracking Russia's build-up of more than 100,000 troops near its border with Ukraine. 'Vladdy daddy please no war...' is the refrain of Gen Z about Russia-Ukraine tensions on social media according to sources. The teens, tweens and adults of Gen Z are turning to TikTok and Instagram to hash over the tensions between Russia and Ukraine, some appealing to a leader they call "Vladdy Daddy", to refrain from starting a war.

Reports convey that the nickname "Vladdy Daddy" became popular on the Internet around 2016 according to the meme database ‘Know Your Meme’. Generation Z, considered by researchers to be people born from the late 1990s to the early 2010s, includes Hanka, a 12-year-old in Slovakia who learned of the meme through TikTok and posted "Vladdy daddy please no war..." in the comments on one of the accounts.