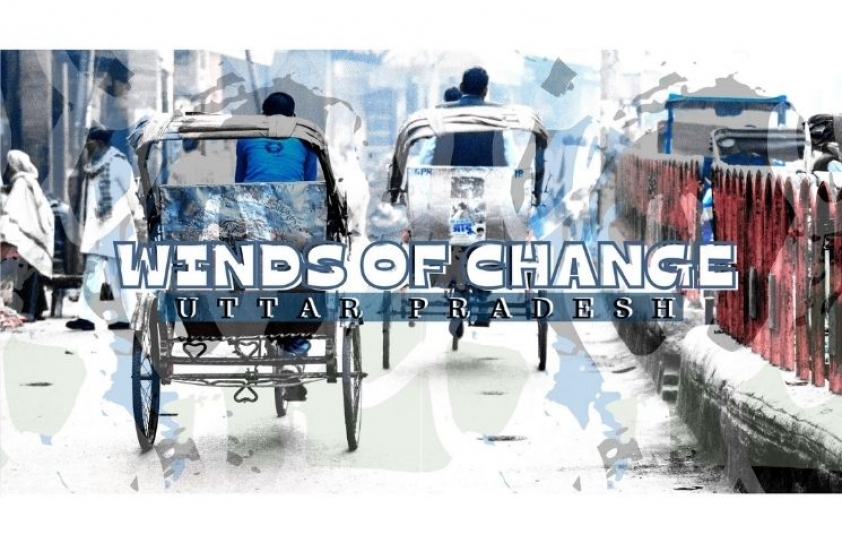 Winds of Change in Uttar Pradesh

Subhashini Ali analyses the political scenario in Uttar Pradesh, soon going to elections, and finds that the winds of change seem imminent.

Fast-moving political changes in UP forced political commentators and analysts who were predicting an easy win for the BJP in the assembly election to be held in February and March 2022, to rethink their political math. The exodus of several MLAs and three cabinet ministers from the BJP to the SP has upset the calculations of those occupying high office in Delhi and Lucknow, who are seeing the ground shifting beneath their ministerial chairs.

It is incorrect, however, to think that the Yogi government is facing challenges all of a sudden. As early as 2018, more than 100 BJP MLAs, mostly belonging to backward castes, had staged a dharna inside the Vidhan Sabha and shouted slogans against their own government. It was only after the entire party leadership intervened and gave them many assurances that they could be pacified.

In the panchayat elections of 2021, too, the Yogi government suffered serious losses. This was despite the fact that the BJP went ahead with the elections during the second COVID wave. As a result, more than 700 government teachers on poll duty died tragically. But the BJP was determined to contest and fight these elections hoping for a big win that would help it to coast to an easy victory in the 2022 assembly election. Its candidates were identified and named and all ministers and MLAs were sent to their constituencies to campaign for them.

The opposition, on the other hand, was divided and each party saw many of its members contesting against each other. Despite all this, the BJP could claim 954 winning candidates in the Zila Parishad (ZP) seats as against belonging to the Samajwadi Party (SP).  Interestingly, it lost even in the three districts of Varanasi, Mathura and Ayodhya. After this, however, the BJP resorted to violence, bribery and administrative pressure to win a majority of the ZP chairpersons.

Rising anger against the Yogi government is not surprising. It came to power in 2017 with a huge majority. The opposition was reduced to a minuscule minority.

This unprecedented BJP victory was made possible because the RSS was able to intervene effectively and garner the support of non-Yadav OBCs and their political outfits and non-Jatavdalit communities by assuring them that they would no longer be neglected as they had been under Bahujan Samaj Party (BSP) and SP governments.  At the same time, the BJP promised jobs, development and an end to criminality and mafia influence. There was nothing to stop the Yogi government from keeping its promises, but, in the last five years, it has failed miserably to do so. 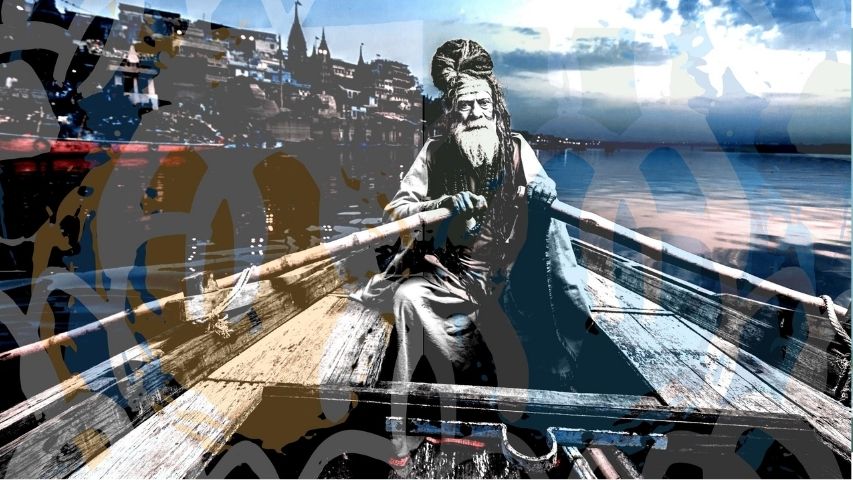 As far as development in the state is concerned, a recent NITI Ayog report says that it is the lowest in the country as far as health and other indicators are concerned. The latest NFHS figures reveal that the state of health services and other welfare activities is such that as many children under five years die in the state as in Talibani Afghanistan.  Violence, against Dalits, has increased exponentially.

Despite the Corona crisis, the Yogi government failed to improve and expand health services in the state. As a result, the first wave saw tremendous upheavals in peoples’ lives and many deaths while the second wave is now etched in human memory with images of countless dead bodies floating in the Ganges and other rivers and of thousands of dead bodies buried in sandy riverbanks.

It is in employment that the failures of the Yogi government are most glaring. Lakhs of jobs have been lost due to its policies with regard to ‘cow protection’ and to its refusal to ensure recruitment to vacant government as well as teaching jobs. Many examinations related to recruitment could not be held because of ‘leakage of papers’ for which supporters of the government and officers have been held responsible. Thousands of angry and desperate young men and women have been regularly taking to the streets demanding jobs and have been subjected to State brutality.

The Yogi government brought an ordinance rescinding all labor laws and workers have now been reduced to the status of bonded labor. As far as farmers are concerned, while their input price has risen exponentially, they are being forced to sell their crops for a pittance. The government has reduced its purchases of wheat and rice. Cane growers are owed thousands of crore rupees in dues.

Farmers from western UP joined the farmers’ struggle in large numbers and faced the wrath of the Yogi government that arrested many, lodged false cases against hundreds. In a most despicable act, the son of the union home minister for state deliberately ran over and killed four farmers and a journalist in Lakhimpur Kheri. This has enraged farmers in the state. They blame Yogi for having tried to protect the murderer and Modi for not removing his father, who seems to have been complicit, from the ministry.

Members of the Dalit communities feel cheated by the government on many counts. Within 40 days of Yogi assuming office, armed Rajputs attacked Dalits in the village Shabbirpur Saharanpur. Similar attacks have occurred in Aligarh and Kanpur dehat. The victims continue to be hounded while the perpetrators of these attacks enjoy government support.

Yogi has turned his back on OBC groups that helped him come to power. He has reneged on his promise to give ‘more backward castes’ a quota within the OBC reservation quota and this led an ally, Om Prakash Rajbhar of the Saheldev Bhartiya Samaj Party, to part ways with the BJP within a year of its coming to power. He also accused Yogi of cheating OBC children by making equal budgetary allotments of 700 crore rupees each for school-going children belonging to the upper castes on one hand and to all others on the other castes when members of the latter group were more than five times in number than members of the first. Rajbhar has been campaigning intensively against the BJP and is a strong ally of the SP.

Despite all its failures, however, the Yogi government was shielded by three factors: the first, communal polarization and the widespread growing acceptance of anti-minority propaganda and prejudice, the second was a common belief, much propagated by the Sangh Parivar and its supporters and the mainstream media, that Modi and the BJP were invincible and the third was the disarray in opposition ranks.

The historic Kisan movement was able to reduce the influence of the first and demolish the second. The movement’s rocklike unity in the face of vicious anti-Sikh and anti-Muslim sanghi rhetoric was the key to its success and its victory proved that not only could Modi be defeated but also that he had been defeated. As far as the third factor is concerned, for a number of reasons, the SP took a big lead against other opposition players and naturally, it started garnering support from various groups opposing the BJP. 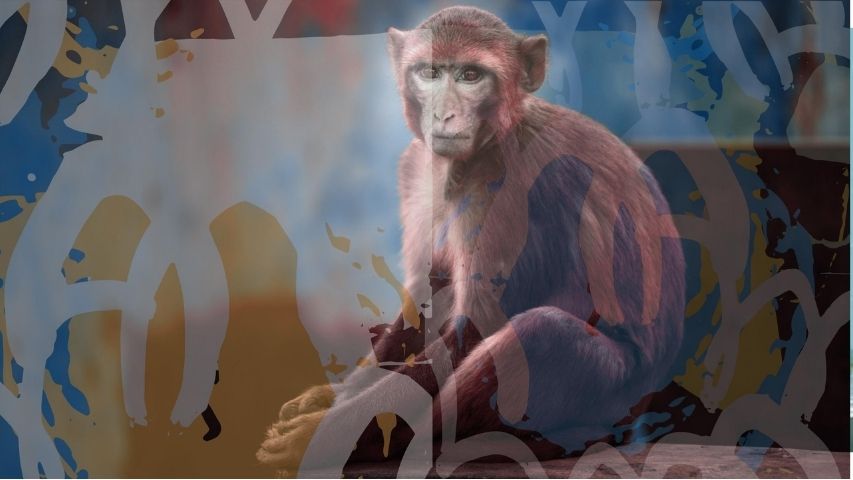 Political leaders preparing for elections were increasingly aware of what their supporters were saying and in which direction they had started moving. Many of them were already feeling suffocated in the BJP government and were angered by the casteist slights to which they were being subjected. Now when they saw that BJP was losing support among the very people who had brought it to power, they were quick to act.

In the second week of January 2022, 11 MLAs and three cabinet ministers abandoned the BJP and proceeded to join the SP. Their social composition is significant:  the three MLAs are Brahmins, which seems to validate the claim that large sections of Brahmins are unhappy with openly pro-Rajput Yogi, one is a dalit, two have left the Apna Dal, a Kurmi-based party that has been in alliance with the BJP for nearly a decade - Kurmis are, after Yadavs, the largest OBC caste in UP, and, because of caste-rivalry, have rallied behind first the BSP and then the BJP in large numbers, and the rest, including the three cabinet ministers, belong to non-Yadav OBC castes. None of them have been in the RSS and, except two; all of them have been important BSP leaders and legislators.

All these legislators and ministers have been opponents of the SP for decades. When, in 2017, they felt that the BSP was losing popularity, they were quick to join the BJP. Now their joining the SP is a blow to the BJP’s carefully constructed caste edifice. In Western UP, Chowdhry Charan Singh’s heirs have been traditional leaders of the peasantry and their party, the RLD, is a strong ally of the SP too.

The discontent that was brewing and growing across the state has been propelled into a strong movement for change by the recent developments. A weakened BJP that could be facing imminent defeat is now the topic of conversations everywhere. What is now being fiercely debated is whether peoples’ anger and discontent will be transformed to votes for one winning combination or whether votes will be divided and therefore of less consequence.

Voting will take place in seven phases in February and early March. The first three phases will see voting in Western UP. At the time of the last election, the BJP’s Sanjay Ballian, now a central minister, had remarked “political winds in UP start in the West.”

Last time around, elections in Western UP were fought in the black shadows of vicious communal rioting. The first votes in this election will be cast under Western UP skies brightened by the glorious victory of the farmers. What remains to be seen is whether the anti-BJP winds of change from the West will become a storm capable of sweeping the entire state?