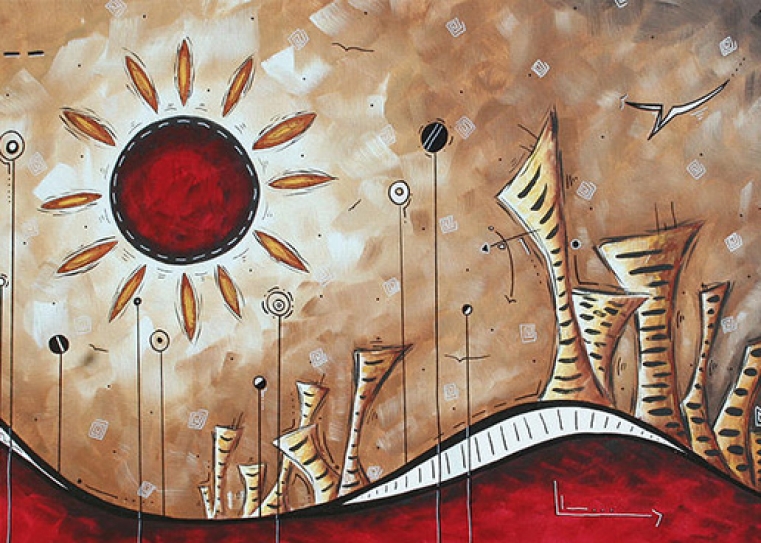 The Climate Change debate has been active for close to thirty years now. James E Hansen was the first scientist to expose to dangers of climate change when he decided to offer a testimony to the US House of Representatives in 1988. Hansen offered congress three scenarios that showed the current levels of CO2 emissions against the increase in temperature. The three scenarios showed how temperatures would change based on whether CO2 emissions would go unchanged, reduced or increased over the next 20 years.

Since 1988 much of the debate around climate change has been behind the accuracy of the science being analysed to discern whether climate change is truly a man made phenomenon or just a natural trend. After Hansen’s 1988 disclosure, the global community decided to take an initiative towards acting against climate change when the UN set up the Intergovernmental Panel on Climate Change. Established jointly by the World Meteorological Assembly and the United Nations Environment Programme, the IPCC followed a three point mandate. It was set up to assess the scientific information relevant to Human induced climate change, the impacts of human induced climate change and the options for adaptation and mitigation of human induced climate change. In 1998, a researcher named Michael Mann published a groundbreaking report that showed a history of global temperatures. This report showcased the now famous ‘hockey stick graph’ that highlighted how temperatures increased post the industrial revolution. This direct correlation to human activity took the world by storm and the research published by Mann became the main underlying evidence to the developments of the Kyoto Protocol in 2005. This period post the Kyoto protocol and its ratification is when strong voices against the climate change started taking shape. The communication of these nay-sayers revolved around the authenticity of the hockey stick graph and the methodology used to achieve the results. While the debate stayed very much within scientific and policy making circuits, the real cost of climate change was being borne by the people of the world. the debate needed to move out of the elite circles and enter the realm of the people to whom it mattered the most: the civilians of the world.

Al Gore, Vice President during the Clinton Administration and Democratic Nominee for the Presidential election in 2000 had been a long standing environmentalist and democrat. He as a freshman congressman held the first ever congressional hearings on global warming and toxic dumping. In 2004, David Guggenheim, a movie producer, happened to attend a talk given by Al Gore. The crux of this talk was about climate change and global warming and it was accompanied by a slideshow that Al Gore used to visually engage his audiences during his talks. David Guggenheim was blown away by the slideshow, and him a team of other producers, including ex Ebay President Jeff Skoll (about to kick of Participant Media), met with Al Gore about turning his slide show into a movie. The motive behind it was that it was the most important story that needed to be told and the movie would be a way to reach many more people about a topic that most of them could not grasp at the current level of debate. Al Gore, thus in 2006, released An Inconvenient Truth, a documentary that looked at global warming and climate change through a scientific lense that allowed common people to make sense of such a hard topic. It presented the science, that was the question of debate in the scientific and policy circles, to the people in a manner that would leave very little to the imagination and in such a way that it could be understood by someone as young as 8 to someone as old as 80. The way in which An Inconvenient Truth impacted the world was that it created discourse within communities that would normally stay far away from such topics. In schools and colleges, the film became a contemporary media tool for educating students on the current state of affairs on global warming and climate change. Through the use of case studies and showing the impact of climate change on humans made for a very powerful narrative that led to the concept being understood by people as something they can feel and is happening around them.

The effects of this film went beyond just educating people on the issue. It created a term that was now resonating amongst people. The messaging of the film invoked a sense of responsibility and to a large degree of guilt amongst viewers. It called on them to take action and change our futures. The tag line of the film, ?? Global WARNING?? was an alert to all of humanity to stop and act now or else face the consequences. The negative impact of the film was that it increased polarization on the issue of human induced climate change. The one single factor that caused this was the fact that Al Gore was associated with this film. Al Gore?? political leanings led to a large number of US citizens that were leaning towards a somewhat acceptance of climate change, jump over the fence to the other side, purely because they felt that it was Democrat propaganda. Conservative republicans, libertarians and other right wing idealists looked at the film as nothing more than a ploy by Democrats to fool the American public about an issue that had no relevance to them. Thus began the politicization of an issue that was central to the well being of Americans as well as the global community. The strategy employed to tackle pro climate change was to introduce a paradigm of doubt. It was essential to anti climate change promoters that the discourse on the issue be taken into a space of reasonable doubt. Campaigns going against climate change were designed in a way that question the authenticity of an issue. Many climate change deniers would echo statements claiming, ???? not a scientist?? Such statements were meant to make people feel as though it was not their decision to make and that they should not need to think about such issues. Such campaigns tried to encourage people to stop caring about the issue and thus turning it into something that was not tangible anymore by saying it was beyond them. In 2010, a book called ??erchants Of Doubt??came along. Written by historians Naomi Oreskes and Eric Conway, the book covered topics such as tobacco, acid rain, the ozone hole, global warming and DDT. Through the book, the writers wanted to alarm readers about a trend that they noticed while researching on the various topics. It dealt with a group of loosely knit high level scientists with deep political connections, running expensive and expansive campaigns to mislead the public and try to cover well established and accurate scientific evidence for close to 40 years. The authors illustrate the tactics used by these so called merchants of doubt to delineate public discourse. One of the primary tools used was the media. Another one was the use of so called ??xperts??to speak about these issues. A third was the use of institutes and centers (specialist lobby groups) set up primarily to funnel money into political action campaigns funding to senators and representatives by corporations. It was seen that most of the institutes and centers being set up were being funded by large corporations that had a vested knowledge from correct information being given to the public. These corporations would fund such organizations that would then use these funds to create reports based on what might be beneficial to them. Such institutes would also have experts as part of their payroll to speak on issues of contention in a light that would help the funding corporations. Many of these funds would also be diverted as lobbying funds towards politicians. Therefore the nexus of these various different elements led to a scenario where the american public was being blindsided by a well oiled machine on a rampage of peddling doubt. In the eyes of a certain set of american public that would have otherwise swung towards accepting climate change, their convictions could not go beyond reasonable doubt. And it was this reasonable doubt that has led to there being a stalemate on climate change action. The removal of the term climate change is also high on the agenda with such campaigns. Recently, Florida banned the term climate change and flooding from being used in official reports. Climate change skepticism is a pass through term that is gaining relevance in the discourse as more and more people are inundated with mixed information on the issue and are thus having a painful time sitting on the fence. In 2014, a film was made on the book and once again the man behind this film was Jeff Skoll, the EP of An Inconvenient Truth.

Come 2014, Showtime, a US cable pay-tv company in the US decided to create a show called Years of Living Dangerously. The aim behind this show was to once again shift the public discourse on climate change towards one of showing the effects of climate change on humans and the reasons as to why there is so much back and forth debate on the issue. It dealt with the issue of showing that the science behind climate change was way beyond reasonable doubt and that taking action now has to be the only way forward. The series is formatted in such a way where each episode in the series deals with one TV or Film personality taking up one of the sub issues of climate change and looking at the present scenario that is encompassing it. Celebrities such as Arnold Schwarzenegger, Matt Damon, Olivia Munn, Don Cheadle and Michael C Hall amongst others take you through the worlds of climate science, climate action, climate funding, climate solutions and climate denial in a visually gripping 9 part series. The reason to use celebrities to speak about this issue through a medium that they understand the best can be to learn from the mistakes of An Inconvenient Truth where Al Gore?? political ideology created more polarization on an issue of priority. The concept of a celebrity having mass appeal and generally politically agnostic could help create engagement from audiences that at one point might have swung towards climate denial taking into consideration the bipartisan politics being played on the subject.

Through Years of Living Dangerously, another campaign has been mounted that uses celebrities with mass appeal, fanfare and widespread reach to speak about an issue that they feel is of importance to them and to the larger global community. The pace of the show with its intrigue based narrative makes audiences actually look within themselves to resonate with a topic that people have been trying to keep them at a distance from for a long time.