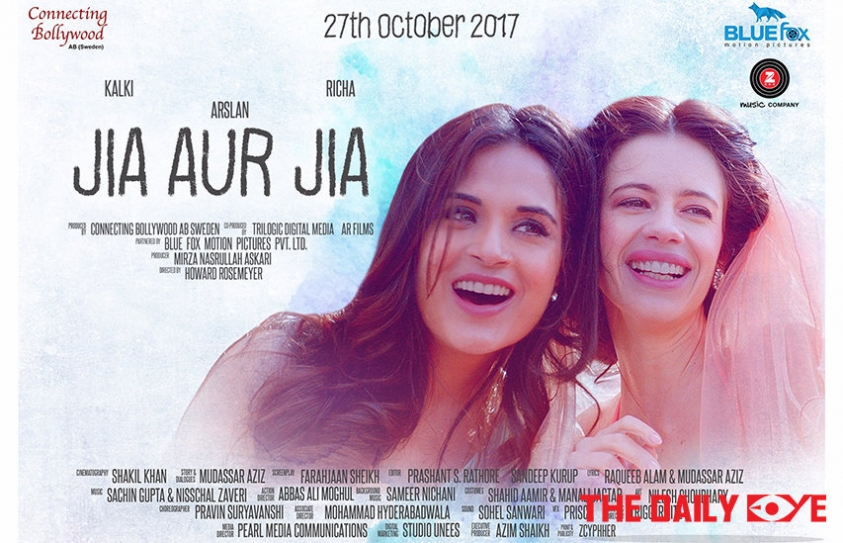 Jia Aur Jia is director Howard Rosemeyer's debutant film. This is said to be India's first road movie, that too, involving only women. Well, the audience is bound to get car sick on this road trip! To be completely honest Jia Aur Jia before releasing sounded very promising because of talent packed in the form of Kalki Koechlin and Richa Chaddha. It could have been an empowering film. But it's not.

This movie about a road trip is full of potholes... I mean plot holes. The whole storyline seems idiotic and brainless. The plot itself sounds absurd. Two girls, both named Jia and both of them completely different from each other decide to go on a road trip together (a bad idea, indeed).

One Jia is enthusiastic and high spirited while the other Jia is the opposite, tragic and long faced. They both are poles apart. It sounds interesting to read but you wouldn't care about it once the film starts.

The film also tries to connect life and death but this doesn't connect with the audience as it is shown very poorly on the screen (also because the idea of the film ending quickly is what must be running in the back of their minds).

Both Kalki and Richa are known for their sheer talent. Kalki's performance in Zindagi Na Milegi Dobara, Waiting and Yeh Jawani Hai Deewani is always talked about. Similarly, Richa's performance in Gangs of Wasseypur, Masaan, and Fukrey is worth watching over and over again. But both these actors are not even slightly close to what the audience expects them to be.

In this film, Kalki is still bearable, but with lack of script and a poorly constructed story she comes out as boring and frustrating. Richa isn't just unconvincing; she is plain bad. Her worst performance till date. Meanwhile, we look forward to Kalki's performance in her next film Ribbon.

The director's focus on making a women bonding film was so much that he did not pay attention to any other details of the film. For example, both the Jias are flying to Sweden. The aircraft that they board is a short-haul one. When it lands, it turns into a wide-bodied plane, an Airbus A380, no less. Factual exactness is not what this film is interested in.

The film tries to be funny but fails miserably in hitting the right notes. It's like logic is moving alongside their car but they never seem to cross it, not even for a second.

The film runs for only 90 minutes, long enough for the audience to think about their life decisions, to watch this film being one of all. It looks like Mr. Rosemeyer just had a random movie idea in his mind and he started filming it the very next day as the film does not look planned at all. The bad acting and storyline, the sequence of the scenes, no attention to details, everything sum up to chaos in the film and frustration for the audience. Its a swing and miss for Mr. Rosemeyer.