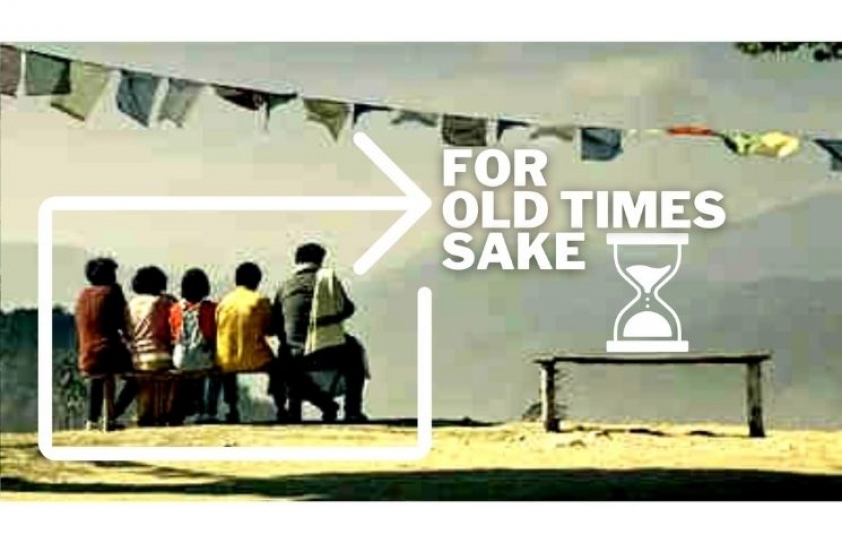 A new Bengali film explores the relationship between five school friends who come together after twenty years. Shantanu Ray Chaudhuri writes about the nostalgia of meeting old friends.

‘My memory loves you; it asks about you all the time.’ - Jonathan Carroll

There’s something about the prospect of a reunion involving school/college friends that both warms the heart and yet causes a faint trepidation, butterflies in the stomach. There’s the excitement of meeting friends with whom we have shared tiffin and the first crush, tenuous dreams and aspirations, with whom we have, in the words of American poet-singer Rod McKuen, ‘Skinned our hearts and skinned our knees’.

Coupled with the very real uneasiness of what Olivia Goldhill calls evaluating ‘Life decisions over the years, which carries the risk of regret and insecurity’ - failed romances, unresolved conflicts, receding hairlines and expanding waistlines. All of these create a heady cocktail of emotions.

Films and songs have explored these emotions involving old friends, Lawrence Kasdan’s 1983 film The Big Chill being one of the most famous examples. It involves a group of friends in the thirties, reuniting for the funeral of a fellow University of Michigan alumnus who has committed suicide. They spend the weekend together, ‘reminiscing about shared pasts as the children of the sixties and confronting the uncertainty of their lives as adults of the eighties’. Not many Hindi or Bengali films in the genre come to mind, though, Raman Kumar’s sensitive Saath Saath did deal with this tangentially, with a memorable scene involving old friends coming together after years. There have been of course a number of Bengali songs that have celebrated the joys of old friends while lamenting a lost time.

Most famous of this is of course Manna Dey’s ‘Coffee house-er shei adda ta aaj aar nei’ - Those conversations at the coffee house are now lost forever, composed by Suparnakanti Ghosh and written by Gauriprasanna Majumder, a memorable tribute to the iconic Coffee House in Kolkata and what it meant to a generation of youngsters.

It tells the story of five friends, Arunava, Bonnie, Dutta, Nilanjana and Jayanta, who were thick as thieves at school before going their own ways. As the film begins we see each one battling midlife crises. Arunava (Abir Chatterjee) has joined a company in Bangalore as its new zonal head. He is the kind who switches off his mobile phone on his birthday to avoid being wished or be reminded of the day. Offering a contrast is Dutta (Rudranil Ghosh), with his never-say-die spirit, the livewire of the group of friends despite having his own set of personal troubles. Bonnie (Arpita Chatterjee), Arunava’s school sweetheart lives alone in Takdah Darjeeling, nursing old memories and a broken relationship. While Nilanjana (Tnusree C), the bindaas, free-spirited tomboy of yore is now saddled with attending to husband, kids, mother-in-law and sundry household chores in Delhi. The fifth friend Jayanta, we learn, simply dropped off the map and not been heard of in over twelve years.

Arunava arrives in Kolkata for office work. He is scheduled to take off for Kuala Lumpur the next day. However, a meeting with Dutta, who has been planning a reunion of the five friends in vain, ends up taking both of them on a journey of rediscovering their lost years. As the two friends bond over drinks, they decide, on the spur of the moment and not a little under the influence of what they have imbibed, to break free and follow their heart. As Arunava and Dutta lament the loss of the ‘mad spark’ that often characterize our teenage years, the ability to do things spontaneously without having to look over our shoulders and worry about consequences, one cannot but sympathize with them. That desire to act on an impulse is what drives them to their journey. 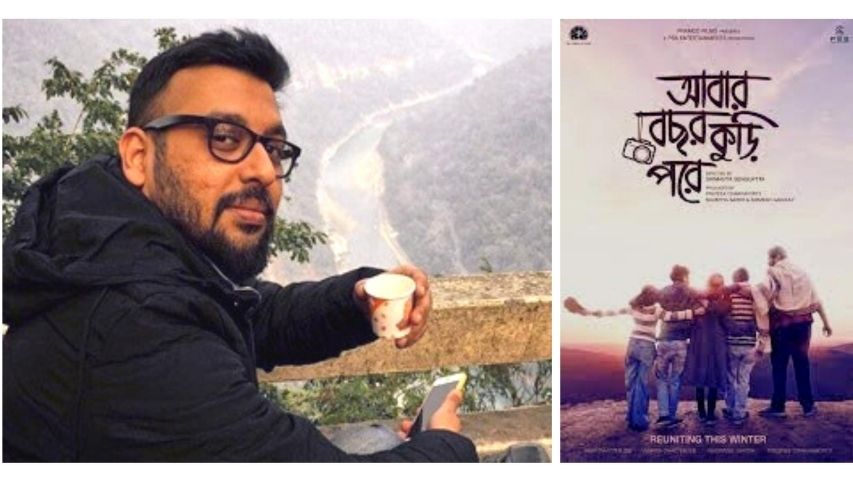 Sadly, however, the director shows little control over the material. The narrative rambles on, losing itself in labyrinthine subplots, before its climax at Takdah where the friends get together once again to recreate a photograph taken twenty years ago, now lost in the mists of time. At 160 minutes, the film could have done with some drastic editing. In particular, the plot-point involving Nilanjana’s family life is a huge drag. There are other digressions that come in the way of a cohesive telling while also depriving the viewer of strands that could possibly have been explored better - for example, the Arunava-Bonnie relationship, or for that matter, Dutta’s story.

Also, more than a bit of a downer is the screenplay’s propensity to spell out every emotion. The very act of friends coming together is high on nostalgia and drama - the filmmaker could have done well to let this come across in the course of the narrative rather that underlining it at every stage. In the light of this shortcoming, the film’s evocative soundtrack; also Abir Chatterjee and Rudranil Ghosh are left to salvage the film with their performances. In two diametrically opposite characters, Abir as the brooding, anguished one, Rudranil as the happy-go-lucky one, they give the film its momentum every time the pace slackens, which is often.

For all its shortcomings, Abar Bochhor Koori Pore does manage to evoke a fleeting nostalgia for talking to an old friend and saying, ‘Remember when…?’ As the famous song goes, ‘Those were the days, my friend’.