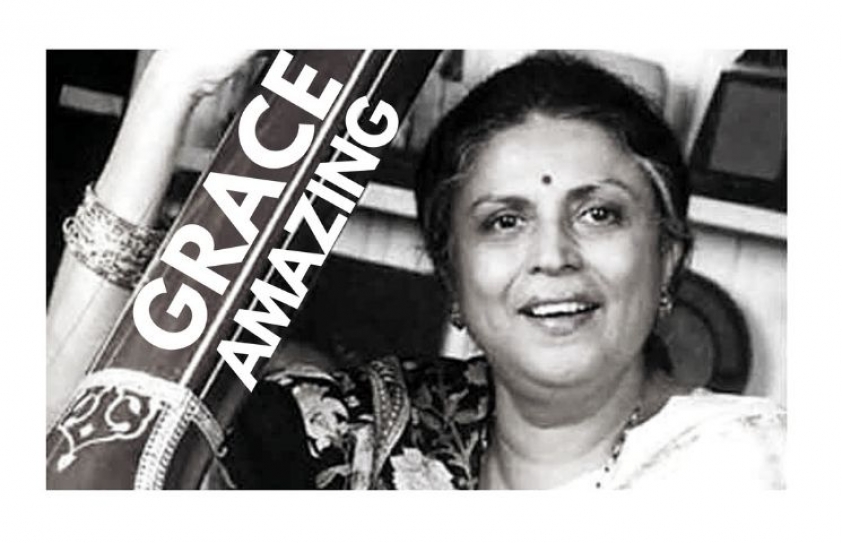 Film historian, Dhruv Somani, pens the untold story of the playback singer Suman Kalyanpur, who retired from the hurly burly of the recording studios, gracefully

A sweet mellifluous voice, Suman Kalyanpur became a prominent name in playback singing during the late 1950s. Her singing career faced severe highs and lows but music connoisseurs will remember her as one of the top singers.

During an era where the Mangeshkar sisters monopolized the playback singing industry, she was successful in sculpting her distinct identity. Unbeknownst to many, she worked with every music director and singer.

Comparisons and similarities in the voices of Lata Didi and Suman Kalyanpur were constantly discussed but unlike the Mangeshkars who came from a music family, she grew up far away from sound and rhythm. In fact, her entry into the world of film music was near accidental. She established her own stature and was well mannered and modest.

Suman Kalyanpur was born to the Hemadi family on 28th January 1937 in Kolkata. Her father was a high-ranking officer at The Central Bank of India. She spent her early years in Dhakka (Bangladesh), where he was posted. Suman was the eldest sibling of five sisters and a brother. The Hemadis moved to Bombay in 1943. After schooling at St. Columbia High School, she joined the J.J. School of Arts to study fine arts, excelling in drawing, painting, embroidery, flower arrangements as well as gardening.

Since she was inclined towards singing, she began her lessons with a family friend, Pandit Keshavrao Bhole, from Pune, who was music director for Prabhat Films. Gradually, she moved towards taking lessons in the classical idiom from the revered Ustad Khan Abdul Rehman Khan and Guruji Master Navrang. 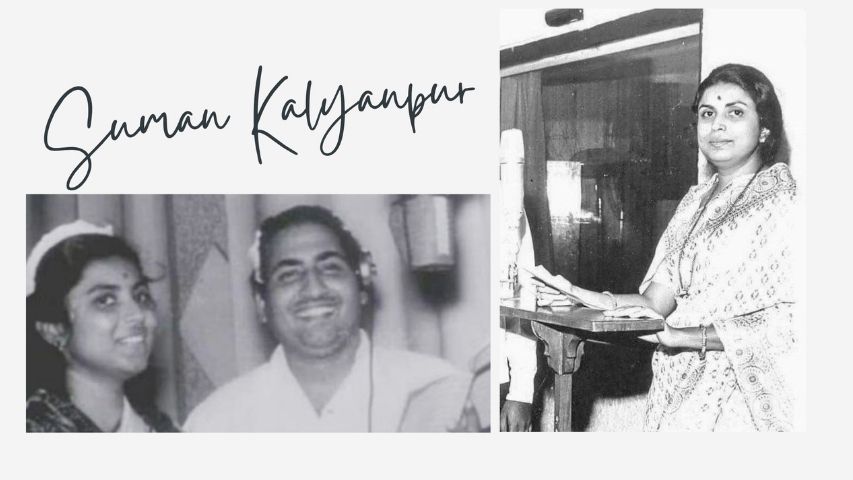 During her fledgling years, she was entranced by the voice of Noor Jehan. Although her family was liberal and encouraged her in the arts, she had to face restrictions in her pursuit of music when it came to choosing her career. Torn between painting and singing, the option became clear when she was offered to sing for All India Radio in 1952.

Next year, she sang for the Marathi film Shukrachi Chandni and then followed her first Bollywood film Shaikh Mukhtar’s Mangu, for which she recorded three songs. However Mohammed Rafi, who was the film’s music composer, was replaced by O.P. Nayyar, who retained only one of her songs, the lullaby Koi Pukare Dheere Se Tujhe.

Soon she was offered to do the playback for as many as five songs for Darwaza (1954), directed by Shaheed Lateef starring Shekhar and Shyama, with music by Naushad. The same year she featured on the charts with the hit song from Guru Dutt’s Aar Paar - Mohabbat Karko Jee Bhar Le Aji. She had recorded the number with Mohammed Rafi and Geeta Dutt but her voice was reduced to that of a chorus singer’s in the final edit. Not surprisingly, she never recorded a song with O.P. Nayyar again.

In 1958, Suman Hemadi got married to Ramanand Kalyanpur, a Bombay based businessman, and adopted his surname for her singing career. Luck favored her during the 1960s. If Lata Mangeshkar didn’t have the time or had issues with her co-singers, she would be called in as the second choice. At that time, Mohammed Rafi and Lata Mangeshkar had stopped recording duets because of a tiff over the royalty of songs. The songs then went to Suman Kalyanpur since she had a similar tenor in her voice. 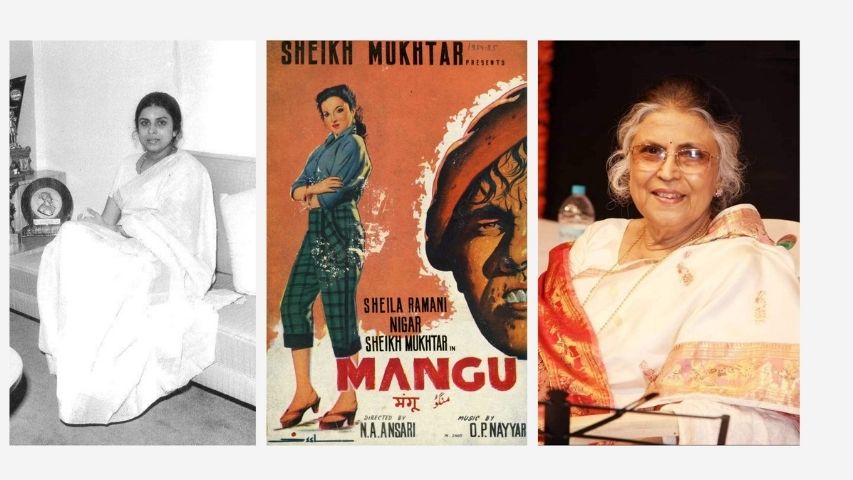 Since her voice sounded quite like Lata Mangeshkar’s, that proved to be a double-edged sword. Despite her expressive voice, several music composers didn’t wish to antagonize Lata didi.  Also, they felt that whenever the original was accessible why use a clone? To add insult to injury, HMV had released a set of five cassettes, which featured all the top singers of that era - Lata Mangeshkar, Asha Bhosle, Kishore Kumar, Talat Mehmood, Mohammed Rafi, Hemant Kumar, Geeta Dutt and Manna Dey, but Suman Kalyanpur’s photograph did not feature on the cover although seven songs by her were included in the cassettes.

During the 1970s there was a patch-up between Rafi and Lata Mangeshkar. Music directors flocked back to her, leaving Suman Kalyanpur out in the cold. Though she did sing in a few high-budget films like Badalte Rishtey and Nagin, she mostly had to settle for B- and C-graders.

In a career spanning 17 years, besides Hindi, she also sang in Marathi, Gujarati, Kannada, Bhojpuri, Marwari, Maithili, Punjabi, Bengali and Assamese - eventually recording an astounding number of 2300 songs. She would also perform at music concerts overseas and has never been averse to discussing her life and career in interviews, some of which can be seen on YouTube.

During the 1980s, she recorded songs for some high-profile films like Saajan Bina Suhagan and Naseeb. In the latter, her song Zindagi Imtihaan Leti Hai was majorly appreciated. Her last song, Saathi Mere Saathi, was recorded fAor the Ramsay horror hit Veerana (1988). Bappi Lahiri composed it.

She never returned to the film recording studios again. No fuss, no fret, no acrimonious statements about the step-motherly treatment meted out to her. She retired from the glare of the spotlight, gracefully.